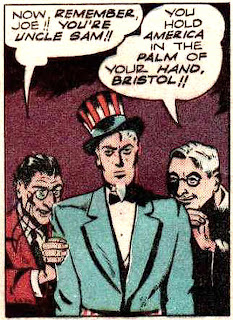 
If a United States senator is having a tough time getting his bill passed through the regular American lawmaking process he can always resort to what the villains in "Forged Faces" did in Uncle Sam Quarterly #1, Autumn 1941. Just replace the senators and congressmen--even the President--with lookalikes.

In this comic book civics lesson from the Will Eisner crew the Bill of Rights can be changed by mere votes, instead of a Constitutional amendment. Tsk tsk. It's a good thing it's not that easy to change the Constitution or those rights would've been gone years ago.

Despite its silliness I like this story. I'm not sure that Uncle Sam, an enduring American symbol, was a good comic book character. Maybe it's because he was already a symbol before Eisner and Co. got ahold of him. He's still a symbol, and although he was revived by DC with a bunch of other Quality Comics heroes in the 1970s he didn't last past the end of the war in his own title (which became Blackhawk), or his lead spot in National Comics.

According to the Grand Comics Database Eisner did the splash page and may have written the story, and Dan Zolnerowich pencilled pages 2-16. The inker is unknown. 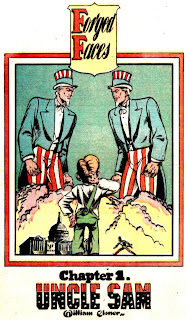 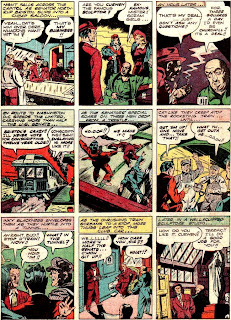 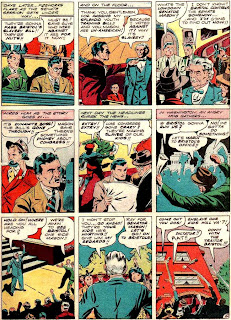 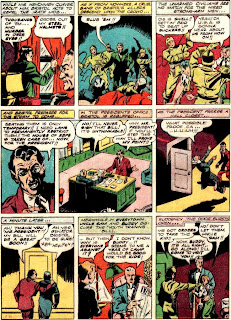 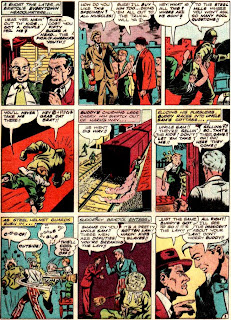 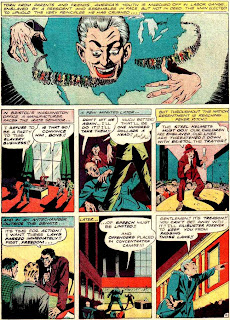 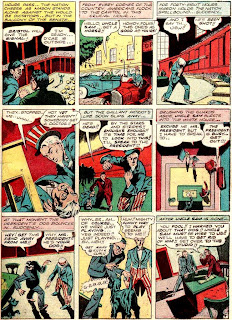 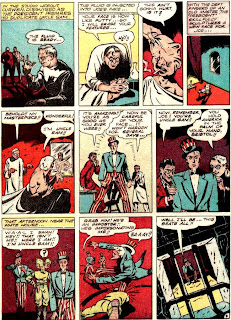 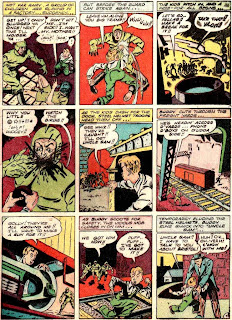 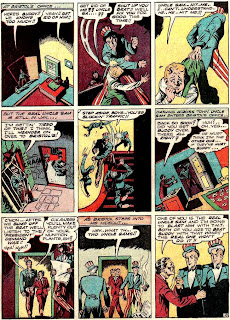 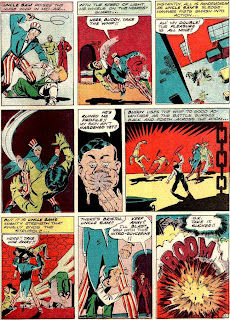 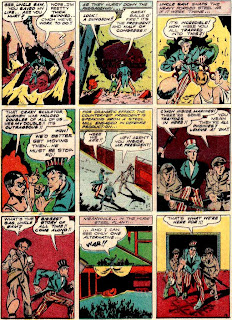 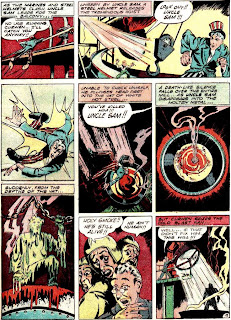 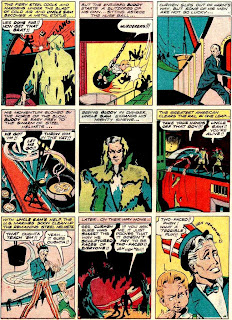 Eh, the real Supreme Court has not been all that good about requiring the Federal government to abide by the Constitution, and presumably some of the Justices could have been replaced by duplicates. Then, all they'd have to do is invoke Justice Holmes vile “‘fire’p in a crowded theater” bullshit — which was indeed concocted to justify silencing critics of a draft.

Pappy, that story was a blast!
Normally the combination of comics and politics is about as enjoyable to me as sitting through a week of city council meetings. Several things had me smiling, if not laughing - for one, Uncle Sam sure has a slooow fuse, doesn't he? He barely bats an eye when the trooper takes away the kid - "Don't let them take me, Uncle Sam!"
"Now, now, go on...I'm sure any organization that takes children against their will can't be all bad! I'll visit you!"

Plus, there sure is a lot of kid beating goin' on 'round here! Even Uncle Sam gives the punk a good shot! "Aaa-shaddupppp!" smek smek

That's when Uncle Sam, symbol of earth's mightiest nation, beats you like a bee-yotch with a broom! (Could be an atomic powered broom maybe)...

Gotta love Uncle Sam rising out of the molten steel...

Uncle Sam as superhero? Though probable one of the best patriotic heros (He's Uncle Sam fer crissake), both he and the rest fall under the shadow of a certain Captain ...from America...

This reminds me a bit of an Outer Limits episode, "100 Days of the Dragon", where the Chinese develop a drug that makes flesh malleable and replace the US President with a duplicate.
I wonder if the writers of that episode were comc book readers?