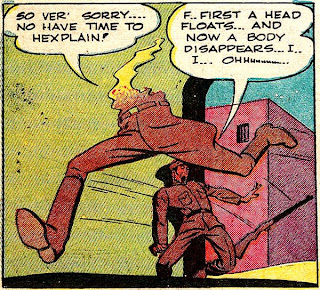 
While on the same side as Nazi Germany and Fascist Italy, Spain kept itself a "non-belligerent" in the World War of 1939-45. That's where our ectoplasmic pals, the Ghost Patrol, save some prisoners. This story from is Flash Comics #35, November 1942. It's drawn by Frank Harry, who helped create the strip in Flash Comics #29.

Ghost Patrol was a popular second banana feature for DC in the 1940s, but made its last appearance in Flash Comics #104. 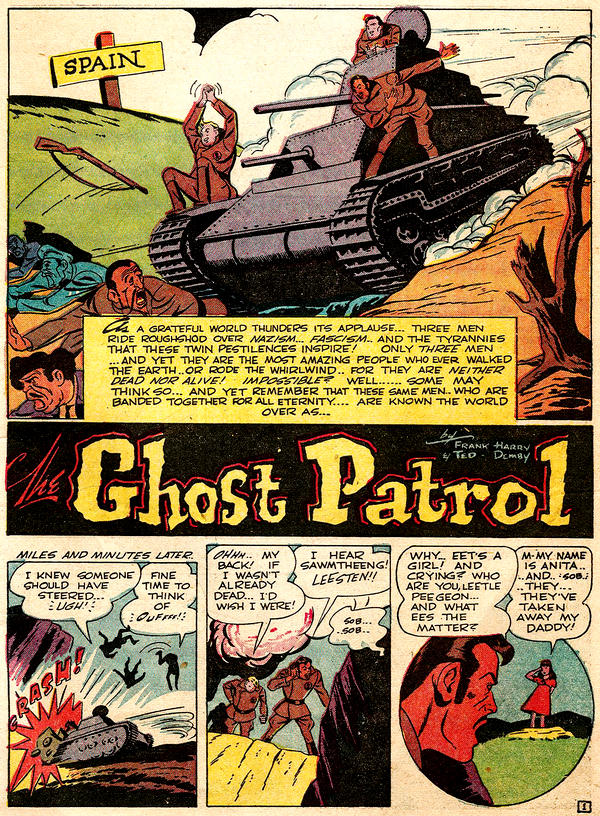 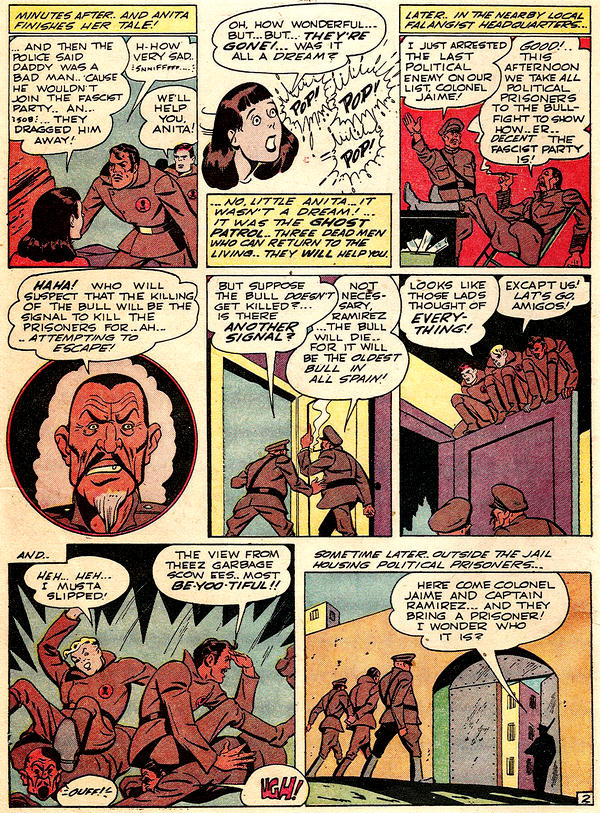 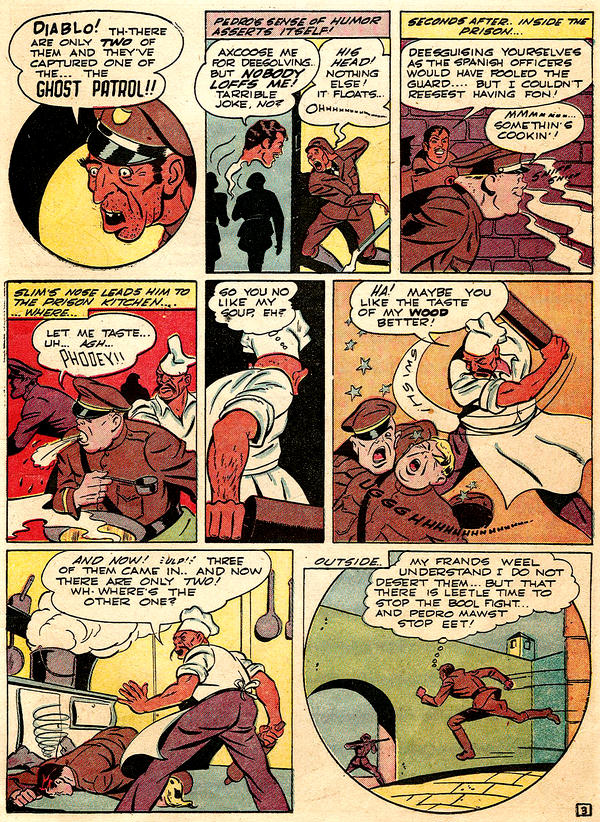 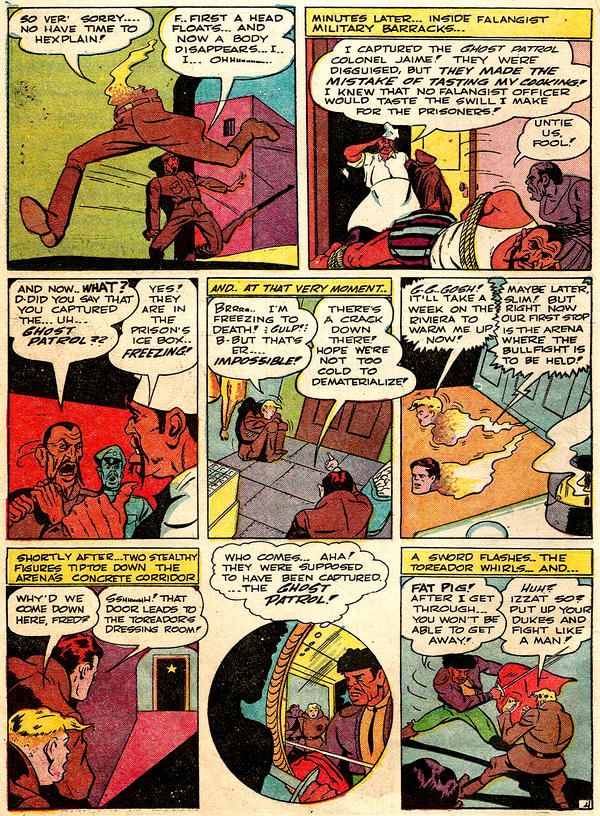 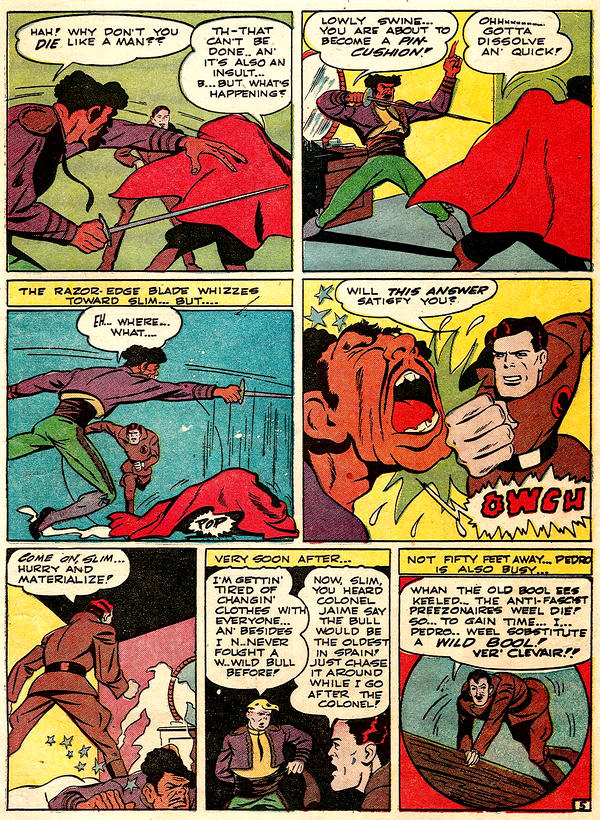 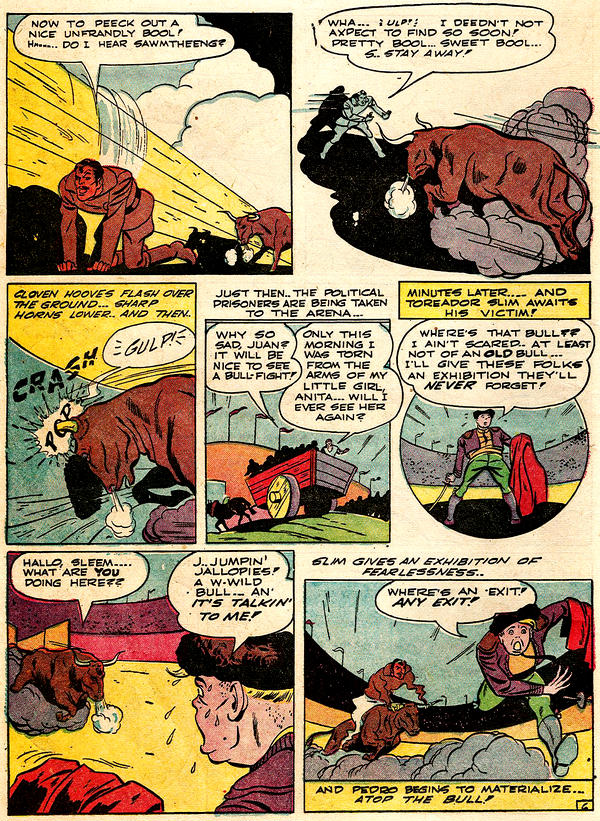 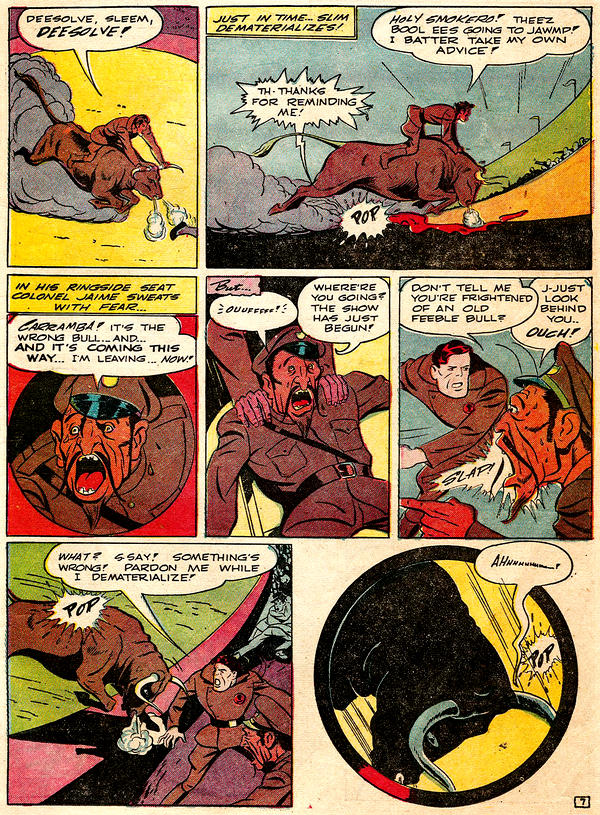 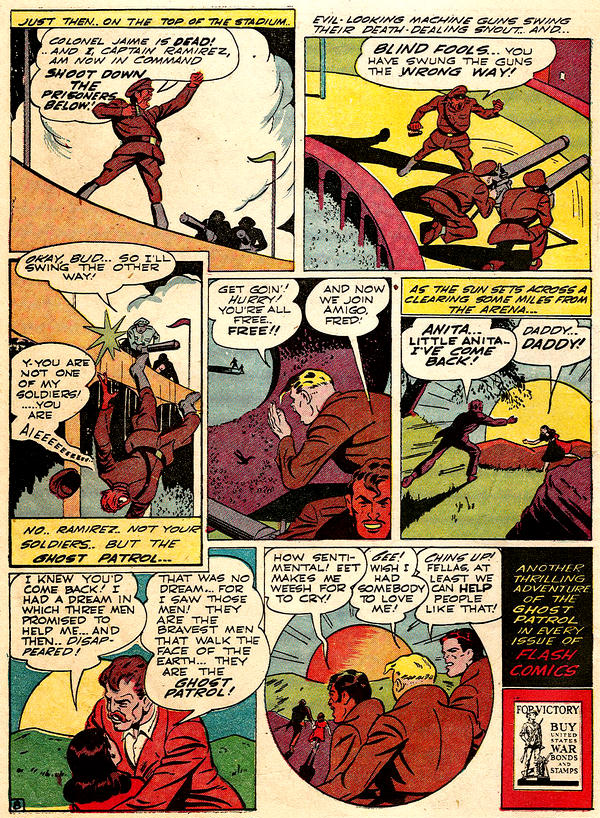 "Maybe you like the taste of my wood better!" I totally "HA'd" too when I read that line. Fun story, I think I like the guy who illustrated the other/later Ghost Patrol stuff you've posted better, but the writing here is just as cool and kooky. Love the accents.

What a wonderful surprise! I did´nt Knew that comic books of the forties also strugled spanish fascism... Bizarre! A patrol of Ghosts against the falangists!
Thanks, ands greetings from Spain!