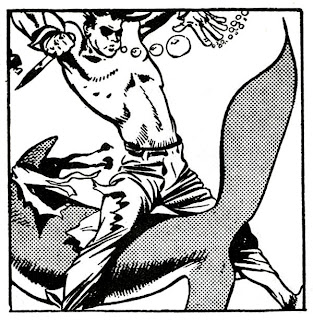 
Until he was drafted into World War II, Will Eisner directed both the Sunday Spirit Comic Book Section and daily comic strip for newspapers. After he went into the service other artists, including Jack Cole, had a hand in, and the writing was handled by others. This sequence from the Spirit dailies, from March 30 to May 16, 1942, is by Eisner.

The story is classic Spirit: a great villain, the Blot*, a Popeye-ish henchman named Blind Bat, shanghaied men forced to work for the Axis, the Spirit fighting a pet shark named Max...I've scanned the sequence from Volume One of The Daily Spirit, published by Real Free Press of Amsterdam, the Netherlands, in 1975. I picked up four volumes of the set in the mid-'70s, and don't know how many were distributed in the U.S. At the time Warren was publishing the Sunday Spirit sections (as with many such reprintings, out of sequence), and as an adjunct to those I really enjoyed seeing the daily strip version. 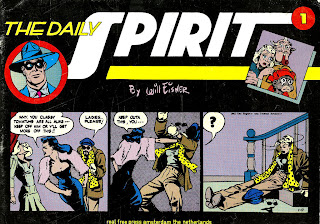 Warren had the advantage of using Eisner's files, whereas the Real Free Press strips look to be second and third generation, but they're fairly clear and readable. The six-week long span of the continuity gives it some room to breathe that was sometimes lacking in Eisner's strict 7-page Sundays.

The cartoony-looking Spirit at the bottom of the logo on each page is based on Eisner's design, but was drawn by Dutch cartoonist Joost Swarte. 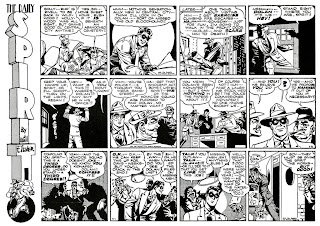 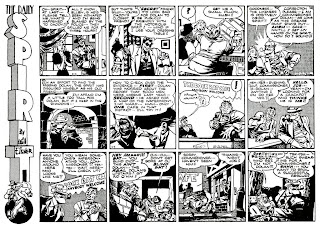 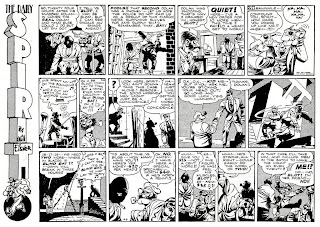 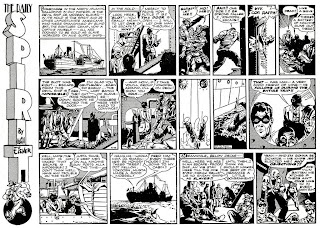 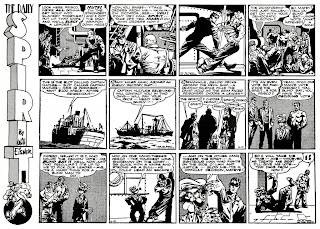 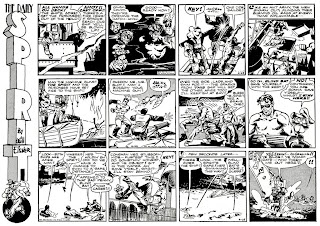 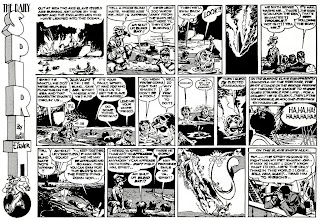 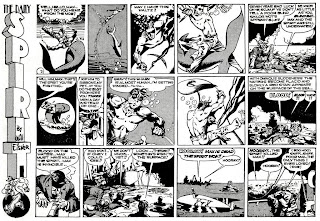 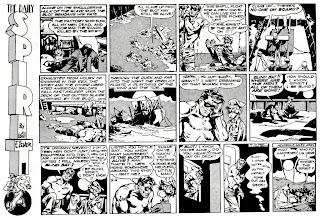 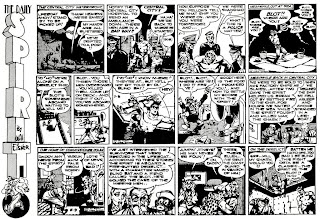 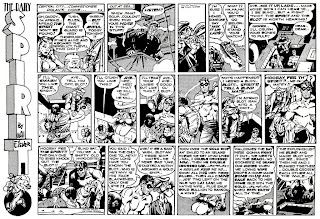 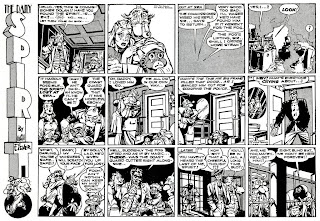 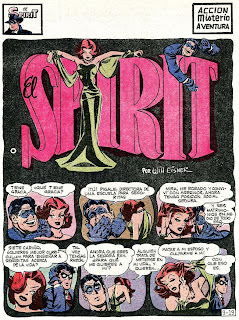 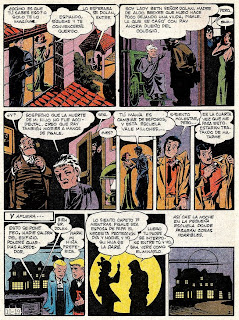 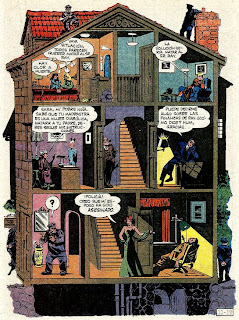 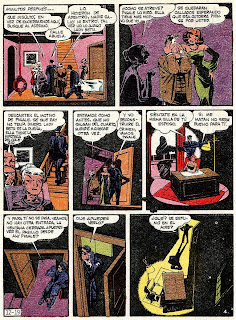 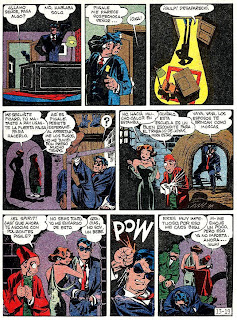 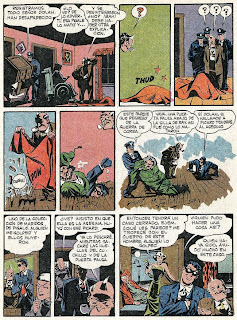 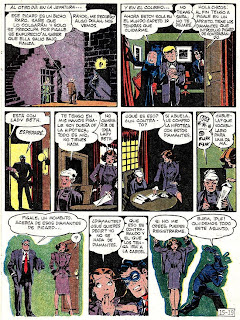 Thanks for these, paps! Great period for Eisner's style, which, to my tastes, peaked in the late 40's, (though the military cartoons he did during the Korean War maintain that style, on second thought)...
Hope your convalescense is going well.

These dailies are great! The 41 & 42 period of the dailies were a masterpiece of the medium.
Good post.

At a recent Dutch comics convention some people were selling old leftover stock from Olav Stoop (Real Free Press' manager)'s long gone shop, including whole sets of this series and other out of print goodies. I picked up one more set, which turned out to include Olav's own copy of one of the books, signed to him by Will Eisner. I actually have a bound volume of pPhiladeplhia papers from the week this strip started, which inlcudes a couple of announcements. I may even have scanned them in already. Should I share those?

Thanks for the kind words, everybody. Rudy, the convalescence can't go fast enough for me, but I am gradually getting better.

Ger, I'd love to see those scans from the Philadelphia paper from the first week of the Spirit strip. And somewhere in my collection I have other items from Real Free Press. I worked for a bookstore in the mid-to-late 1970s that imported such books.