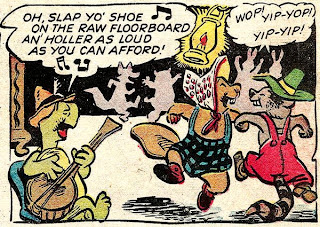 
Cinderola and the Three Bears


It's Friday and I need a laugh. You'll laugh too at this outrageously funny take on Cinderella from Pogo #8, 1952, with Pogo as Cinderella. The genius that was Walt Kelly...what a great artist and humorist. There will never be another Kelly.

This story was presented with four other Pogo stories in The Smithsonian Book of Comic Book Comics from 1981. That fine book been out of print for a few years, but I have seen used copies for sale at places like Amazon. If you've seen this Pogo story before, then it's worth a second reading. If you haven't, enjoy! 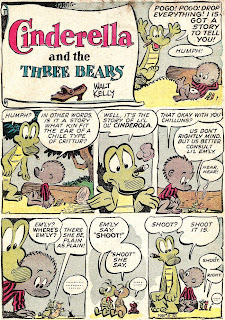 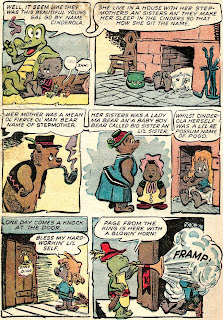 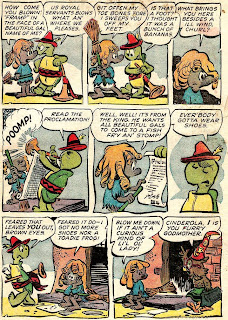 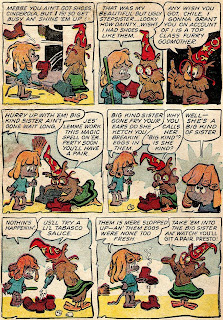 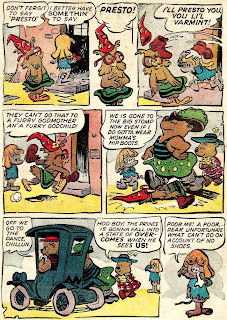 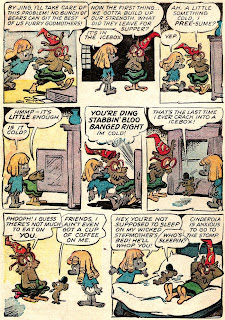 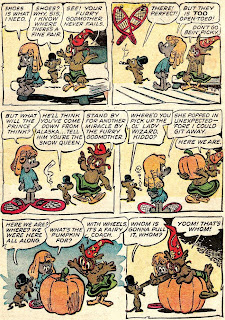 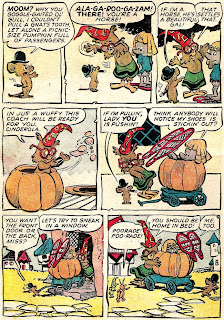 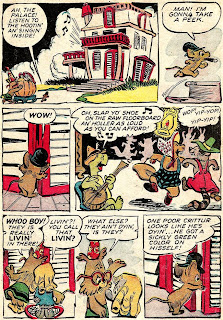 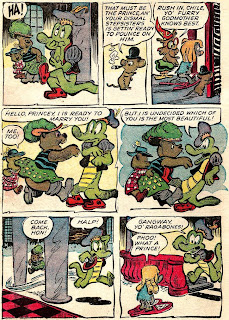 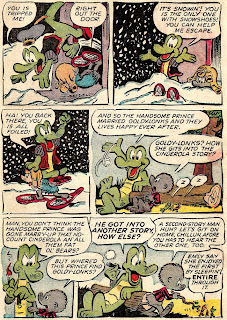 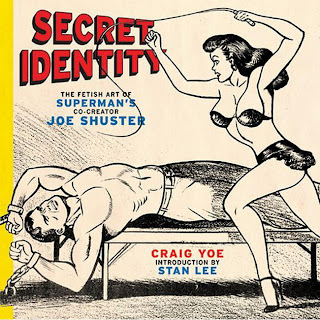 Craig (ARF) Yoe, comics historian, cartoonist and all-around good guy, sent me a press release on his new book. (He also has the book, Boody, which I mentioned Monday.) This description of the book makes me really want it. Sounds fascinating!

I recently discovered incredible, previously unknown, fetish art by the creator of Superman, Joe Shuster. The artist and his writing partner, Jerry Siegel, had sold Superman for 130 dollars. When they sued to get the rights back they lost and got drummed out of the comic book industry and Shuster fell on hard times. It was unknown that to get by and/or because of a personal interest in the subject, Shuster then did S&M porn for under-the-counter booklets called "Nights of Horror," sold in Times Square in the early fifties. The back story I uncovered involves the Mob, showgirls, neo-Nazi Jewish juvenile delinquents, inspired by Shuster's art, known as the Brooklyn Thrill Killers, the famed anti-comic book crusader Dr. Frederic Wertham, Senate investigations, cops on payola, the books being banned by the Supreme Court, teenage girls being horse-whipped in the park, two murders...and dare I say MORE?

I have a full color coffee table art book I wrote and designed coming out April 1 (no fooling!) about all this, "Secret Identity: The Fetish Art of Superman's Co-Creator Joe Shuster". The publisher is the number one leading art book publisher in the world, the prestigious Abrams.
Posted by Pappy at 3:01 AM

Hope yer holdin' up, paps. I have a volume of that very book (Smithsonian), given to my brother and I way back around the time of it's publication. Still have it now, with a clear plastic dust- jacket preserving it's well worn printed dust-jacket. The former slipped over the volume by my local comicbook store owner, in the late 80's, after he refused to buy it from me and told me I should hang on to it. What a sweetheart, for it has served me well ever since.