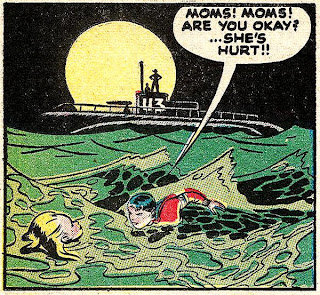 
Chuck Chandler, Crimebuster, had his origin reprinted in Boy Comics #30, 1946. It was originally published in Boy Comics #3, in 1941. Grand Comics Database gives Charles Biro the credit for writing and drawing. 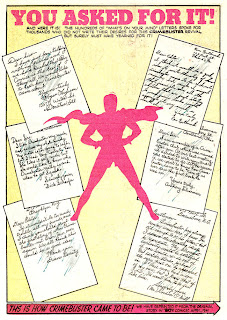 I probably don't need to point out the anachronistic naked guy with fig leaf, swinging the sword, on the splash page. I'll also direct you to the last panel of page 10, which shows Chuck in an embrace with his mother. She says, "Darling, how you've grown. Kiss me again." Holy Oedipus.

The action stops in the middle of the story so Chuck can buy a mistreated monkey from Chico Marx.

Crimebuster's costume is a hockey uniform with a cape. A few years later the cape was dropped, even the Crimebuster persona was dropped, but this story shows how Chuck came to be so sartorially unusual.

Despite what it says after the last panel, Iron Jaw was brought back to Boy Comics, even earning his own strip. Of all of Biro's creations, Iron Jaw is probably one of the most interesting.

Biro was an interesting guy in his own right. Here's a text page with photo of Biro from this same issue of Boy Comics, telling us that Biro is really interested in boys! 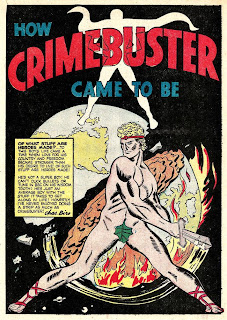 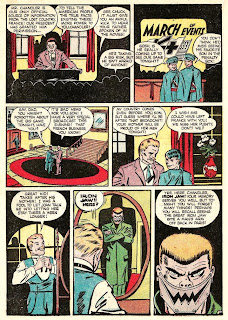 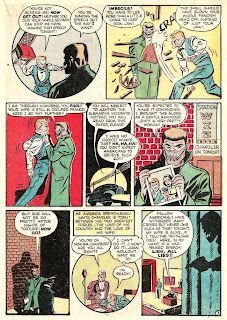 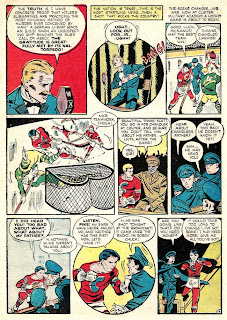 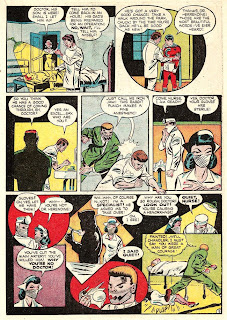 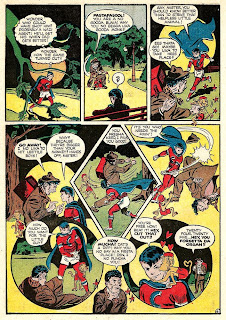 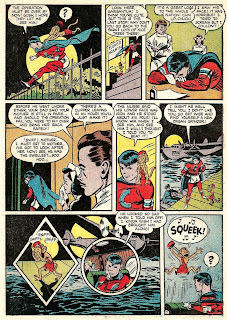 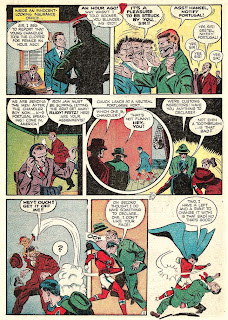 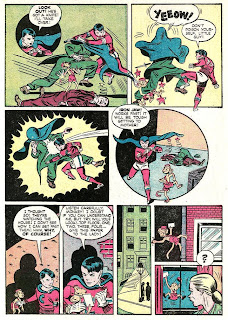 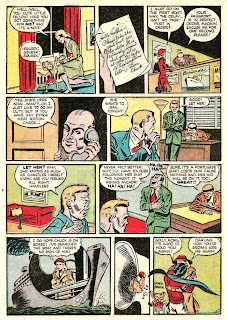 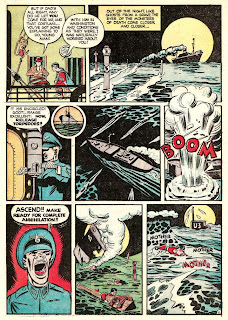 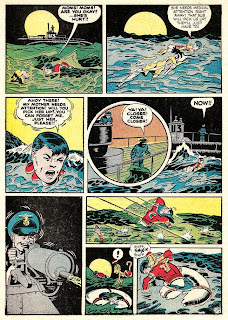 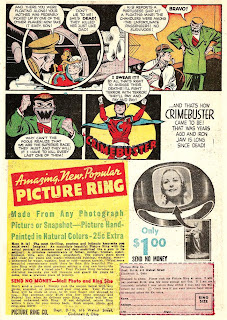 This was FANTASTIC!!! Great stuff. "Your memory serves you well." Actually, his vision serves him well, since the dude has an iron jaw, for Pete's sake.

"I do have something to declare.... One, I don't like your face." Priceless!

I do have to say, C-Buster and his "Moms" seem a little too..... affectionate in that last panel on Page 10.

Thanks, Pappy! Another beaut!

I'm a big fan of Crimebuster and Iron Jaw is one of the great comic-book villians - right up there with Lev Gleason's other arch-foe: The Claw.