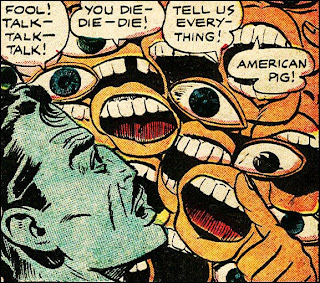 
As a young G.I. in the U.S. Army I was drilled in the Code of Conduct. The Code is a set of rules we, as soldiers, were expected to obey in the event we were held as prisoners of war. After hearing about what some prisoners went through I was sure if captured and got even a whiff of torture I'd sell out my mother, not to mention my country. It never happened so it's moot, but to my understanding the Code of Conduct was initiated because of what happened to some P.O.W.'s during the Korean conflict of the early 1950s. Some men were supposedly brainwashed into making statements for the enemy. Some American soldiers who went over the hill during that war are still living in North Korea.

This particular story came out of U.S. Fighting Air Force #19 (1955), published by Superior, a Canadian publisher who used the services of Jerry Iger's comic book production shop. It was produced under another code, the Comics Code, because Iger pre-Comics Code stories were usually pretty violent. About the worst thing that happens here is the P.O.W. gives one soldier a karate chop that looks like it wouldn't kill a mosquito, and another a headlock.

The best thing about the story is the teaser (above) to this post. I love that squirrelly-looking panel! 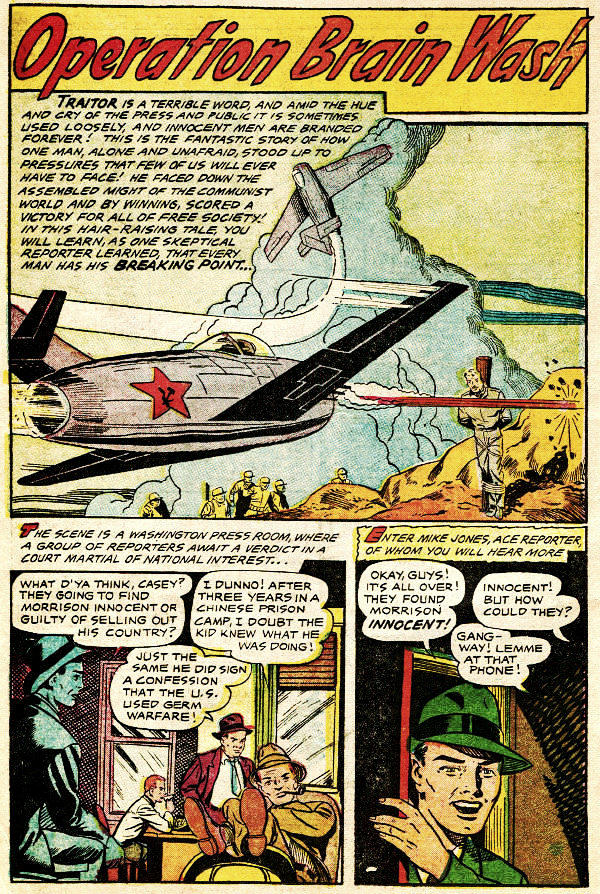 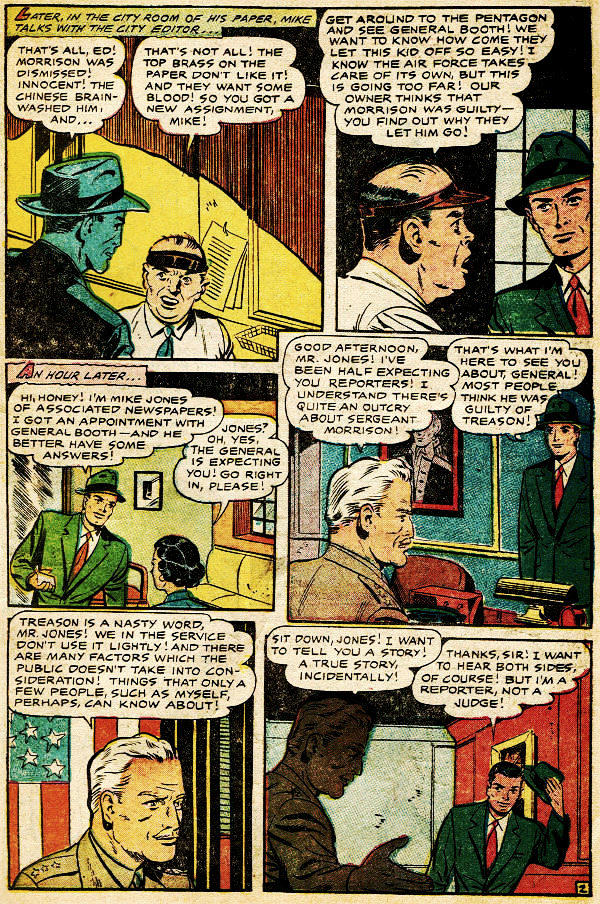 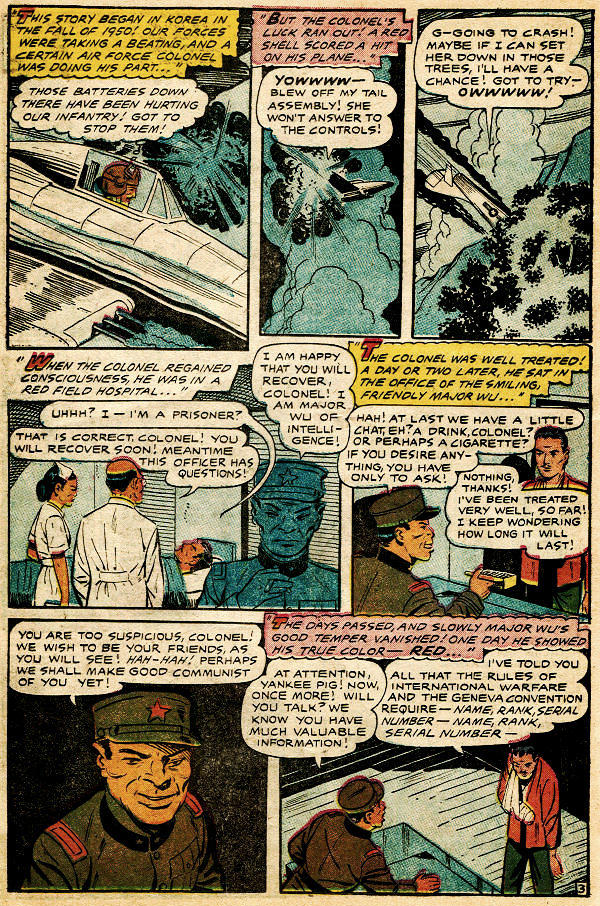 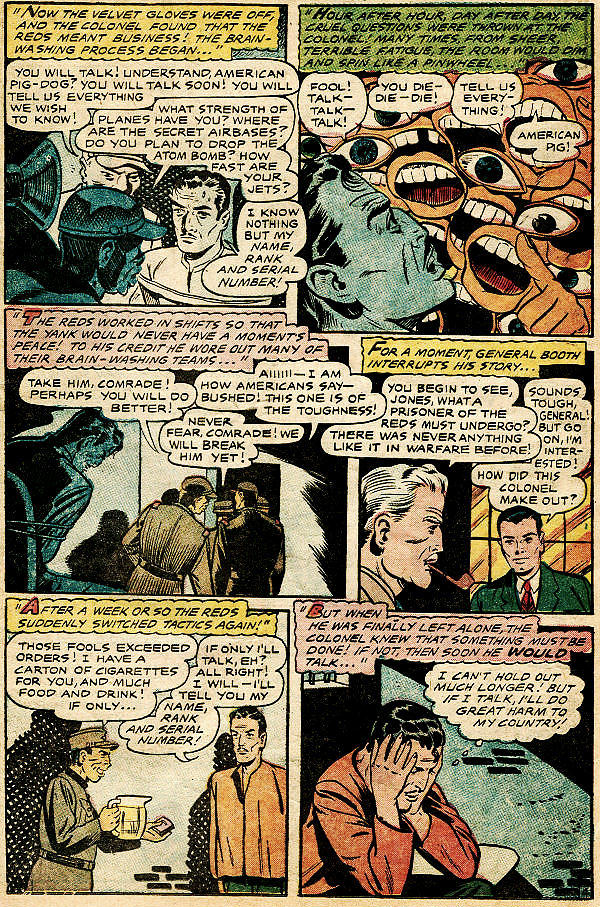 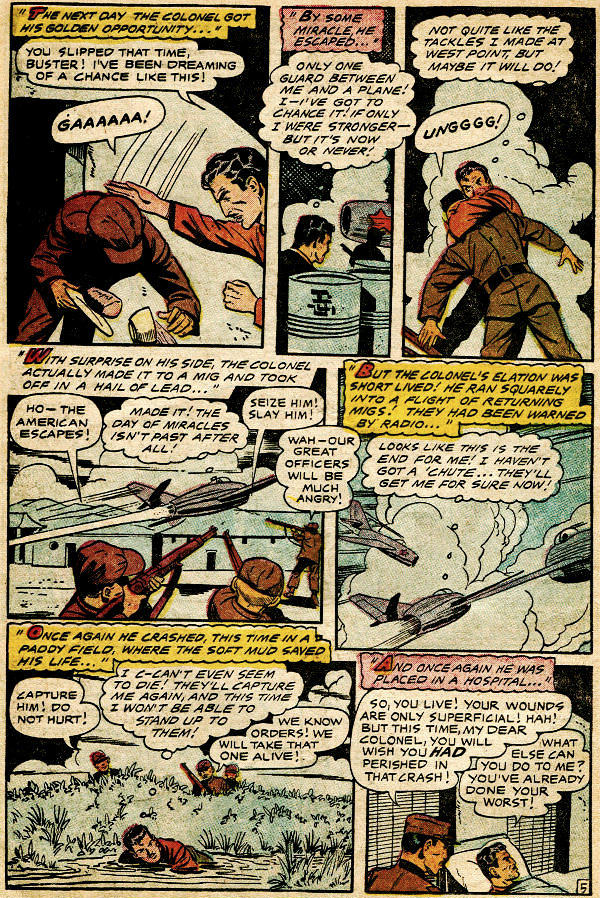 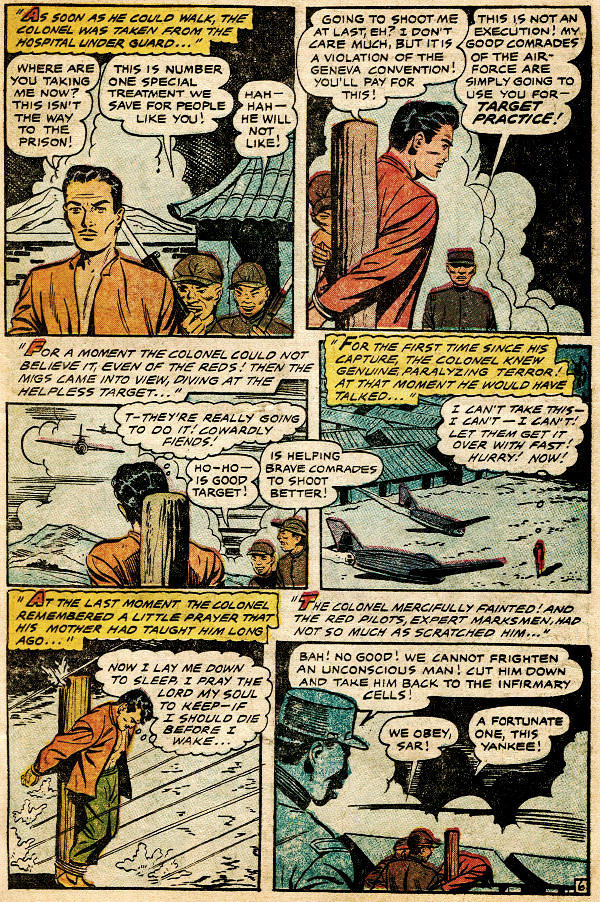 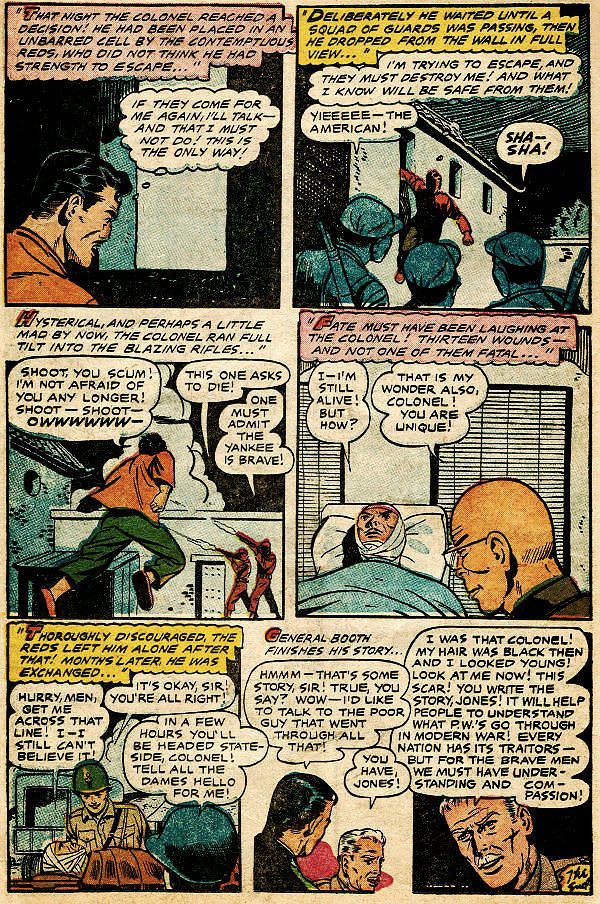