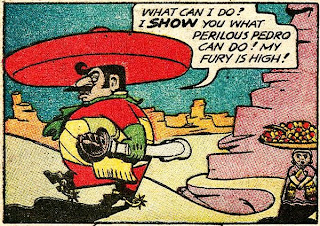 
I've seen some off-the-wall comic book stories, but Pedro the Peril about takes the oddball prize for me. The round figures, the facial expressions, the phallic sheath for Pedro's sword, the Herbie-esque "looking for cinnamon candy" (Herbie on lollipops: "...and hard to find cinnamon")...it's just all too screwy. This story, as well as its accompanying tale of the Vagabond, are the back-ups from Young Allies #4, Summer 1942. I looked up Pedro's artist "M. Fred" on the Grand Comics Database and the only thing that shows up is this story. I haven't seen this artist's work anywhere else, so is it a pseudonym for someone like Fred Guardineer? The careful inking makes me think of Guardineer, although the penciling might be by someone else. "Don Rico" is the name of an artist/writer from the Golden Age, so his name is used as an inside joke.

"Vagabond" is another strange character. Interesting what went into comic books when they had 64 pages to fill and folks were desperate for ideas. According to GCD the art is by Ed Winiarski.

As with all of the old-time racist tales that find their way onto my blog I offer an apology to those they may offend. It is never my intention to do that; I'm doing this in an historical context as well as presenting Golden Age comic art. Racial prejudice was much more public in those days, and found its way into print.

I've also included a couple of house ads from this early Timely Comic. 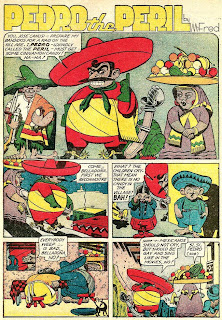 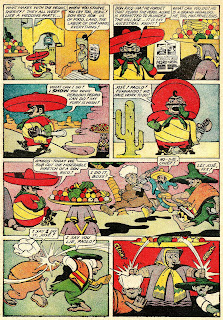 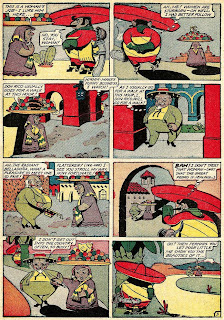 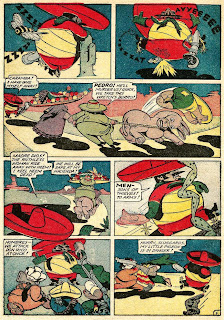 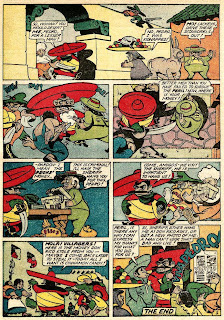 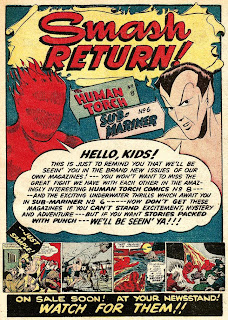 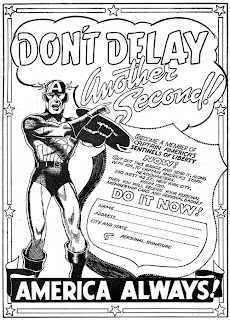 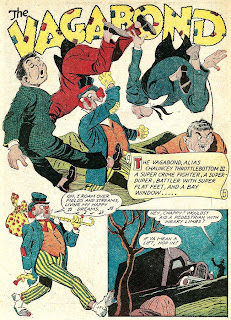 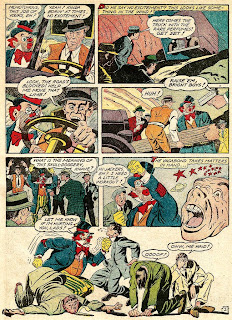 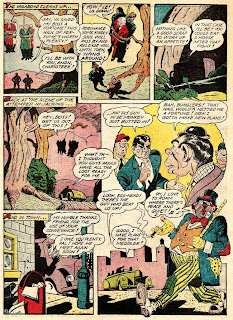 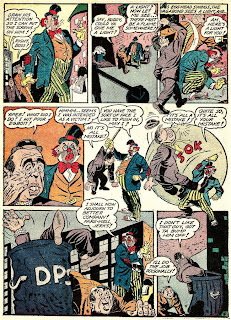 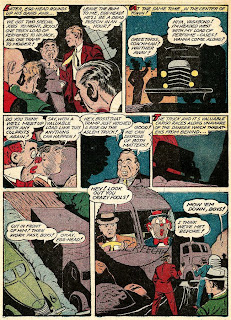 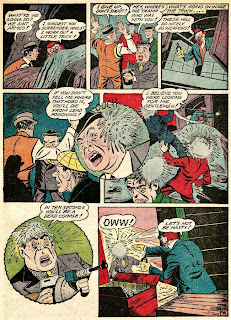 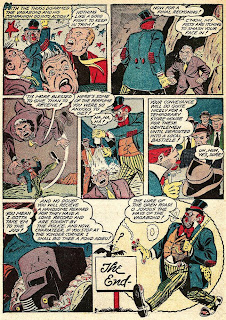 The Vagabond is the living end, dude .. er, Pappy!

Wow. I don't know which one was weirder - no wait, it's the Vagabond. Pedro was odd, to be sure - the cinnamon candy thing in the middle of a bunch of stereotypes was downright surreal - but the Vagabond has to go down as one of the strangest comics characters I've ever seen. His look, his skills, and his speech patterns make me cry out for more, more, more.

They're both damned strange things... they're interesting, which is good, since a lot of Golden Age filler is dull as crackers...

I concur that the inks on "Pedro" could be Guardineer. His figures are way too stiff for the highly animated caricatural stuff found here. But he certainly might have inked the strip.

He must have had a bad month to be inking Timely fillers! A slight come-down from his glory days of doing DC covers and Action Comics' naicigam gniklat-sdrawkcab, Zatara...

Wow. "Pedro" is both dry and surreal.