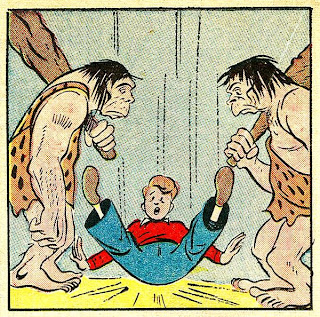 
Right on the heels of my last post featuring off-the-wall back-up features, here comes yet another weird feature, Yankee Longago, by Dick Briefer, the Golden Age Frankenstein artist himself.

If you drop down to the labels on the bottom of this posting you'll find his name. Click on it and you will see I've posted 25 stories by Briefer. That's the record for any one artist on Pappy's.

This particular story episode reminds me of another feature that came later, "Danny Dreams" by Kubert and Maurer for Joe Kubert's Tor, a caveman comic from the early 1950s, published by St. John. The premise was much the same, although Briefer played his as a humor feature, unlike "Danny Dreams" which was played straight. 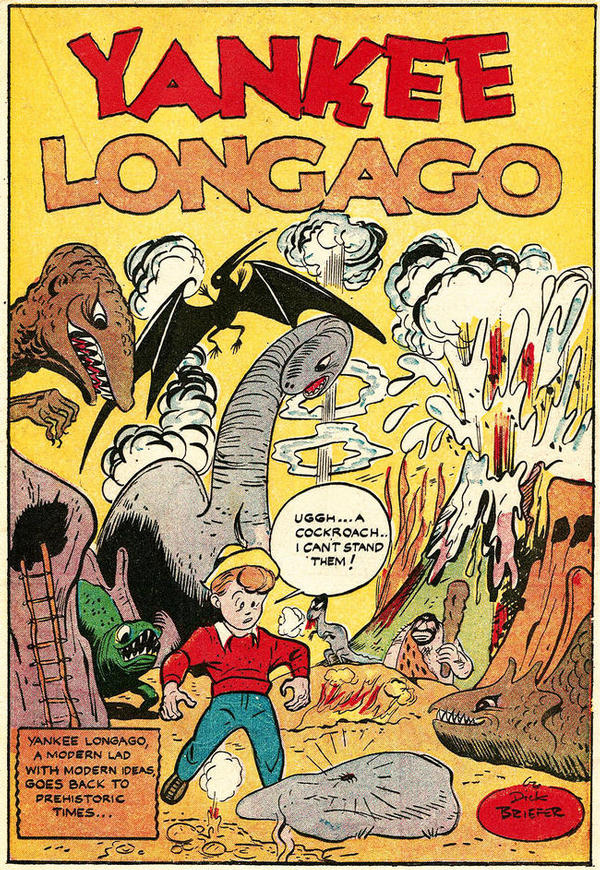 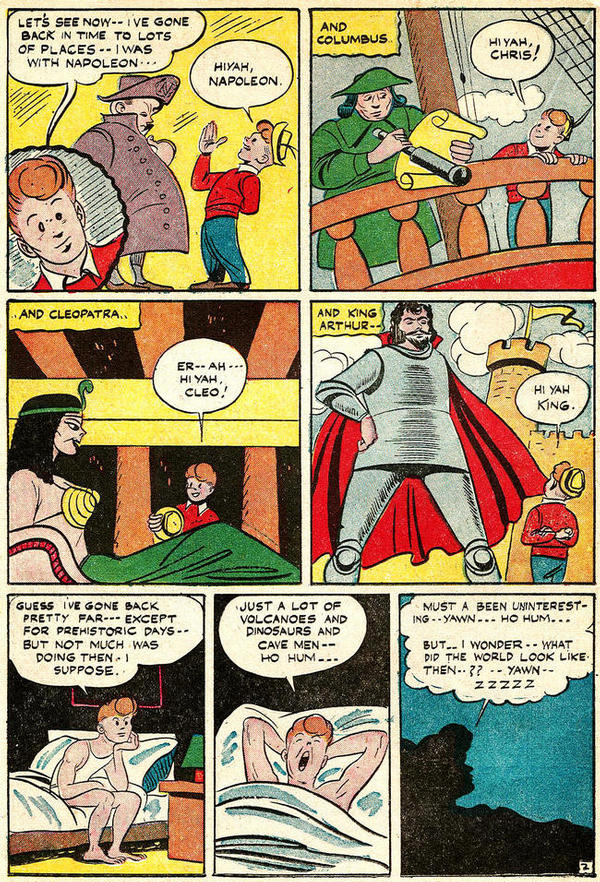 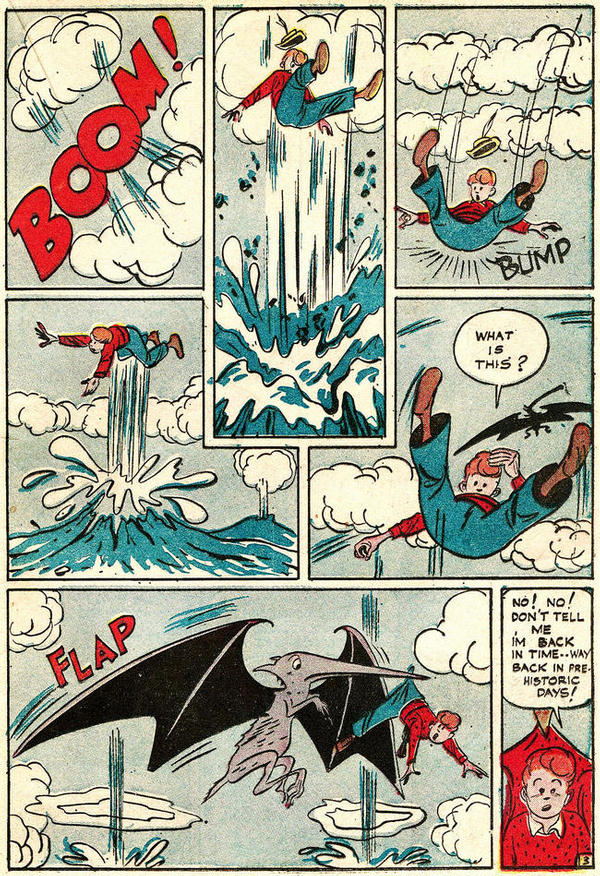 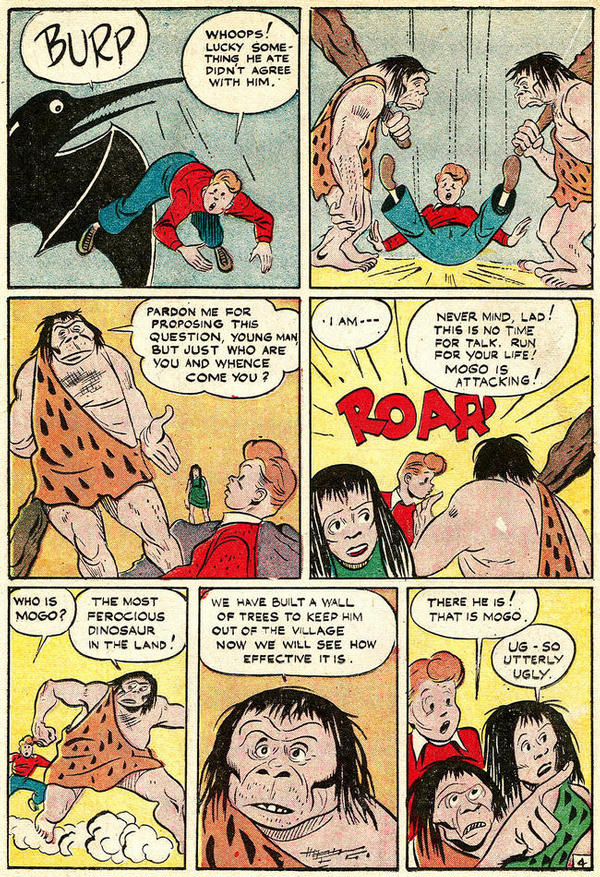 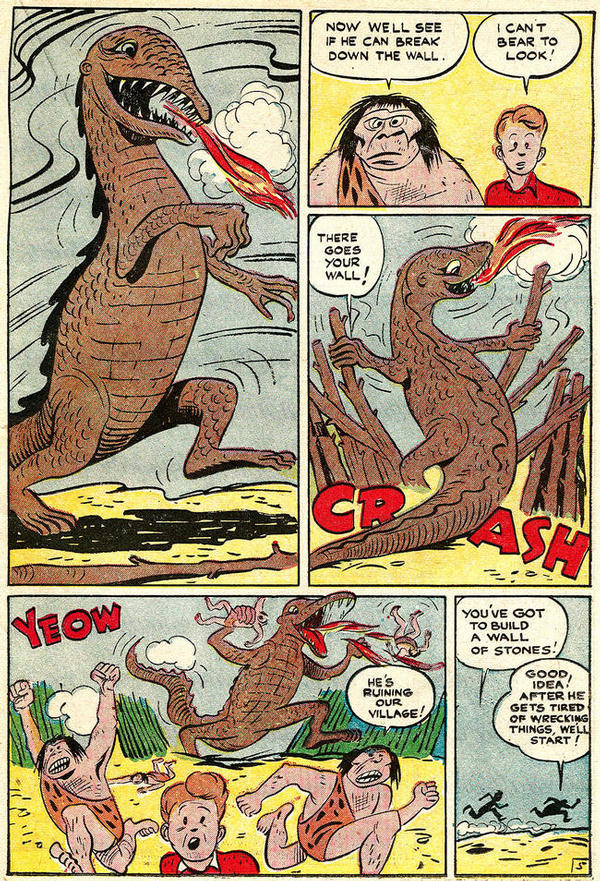 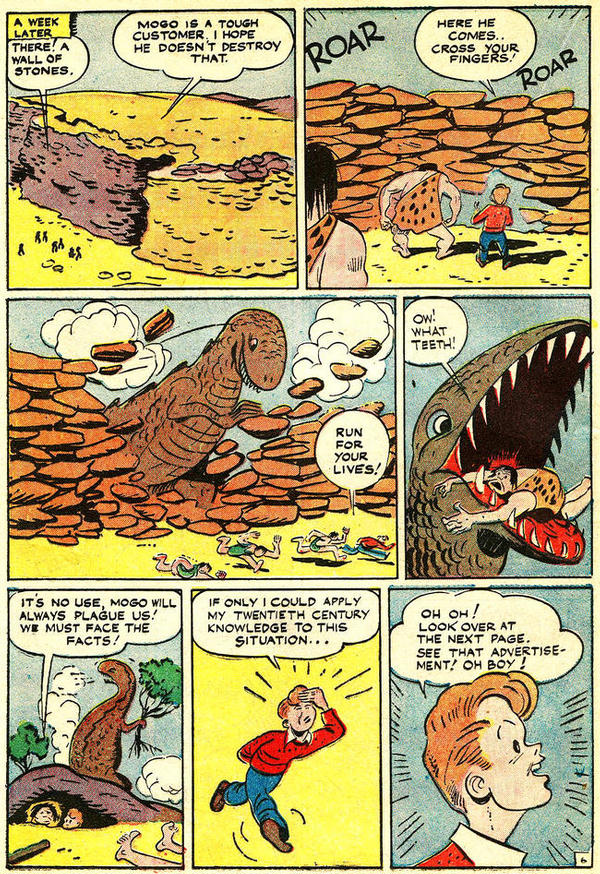 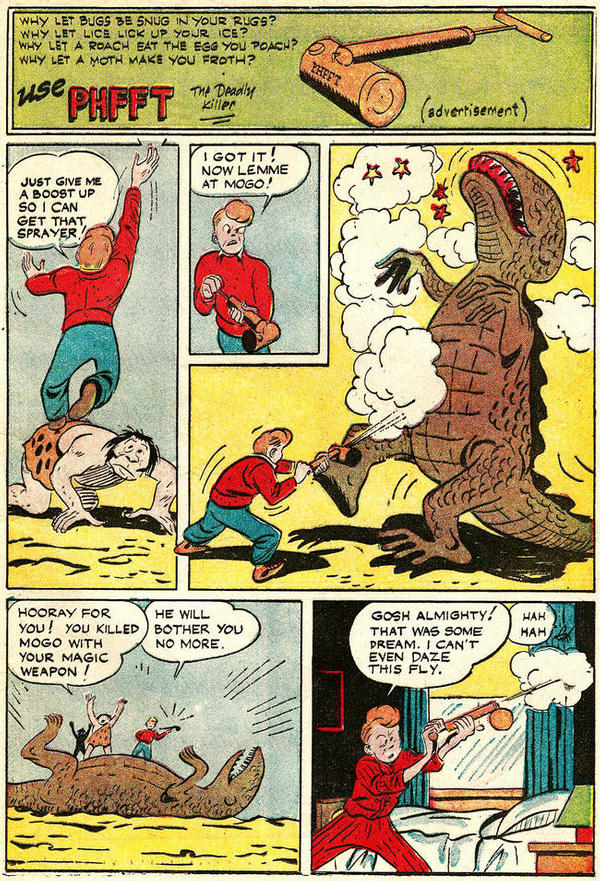 What a great story! I was utterly unaware of this Dick Briefer series.

He remains one of my favorite cartoonists. Even at this sloppiest, his work is full of merit.

This story was a real treat!

I like the taunting fly in the last panel.

Always a treat to see a Dick Briefer story.

Great little tale... Briefer is full of all kinds of wild little surprises.

Hm.. Boy Comics, Maurer, Danny Dreams... the link is obvious. Not the first time the idea of akid going back in time was used, but the dream device makes it exactly the same.

Oh man, that's genius. I loved every word and line of ink!

thanks for all your Dick Briefer postings! This one was a great surprise.