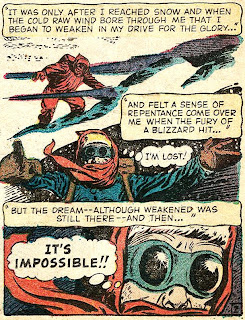 
As a Steve Ditko fan from way back, I thought some of his best work was on these fantasy stories for Atlas, later Marvel Comics. He did a lot of them, and at the time I looked for them. He also drew for Charlton Comics, and I bought a lot of otherwise crappy comic books to get his work. I felt they didn't seem to have the same flair as what he was doing in stories like "I Captured the Abominable Snowman."

You might have seen this story before, because it's been reprinted a couple of times in various Marvel comics. It comes from Strange Worlds #1, from 1958. It was the first comic book published under an agreement by publisher Martin Goodman with DC Comics to have them distribute his comic books, after the Atlas Comics implosion of 1957 which temporarily suspended the line. 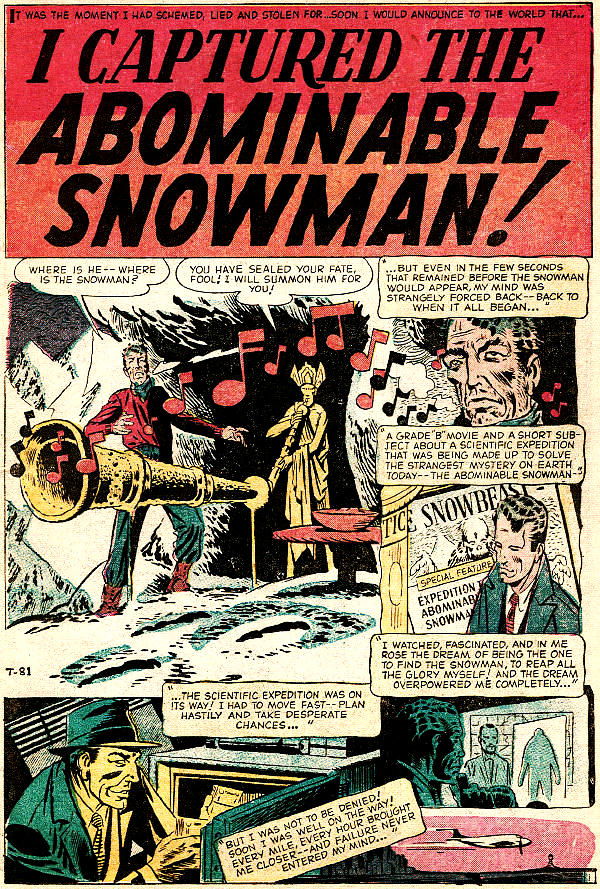 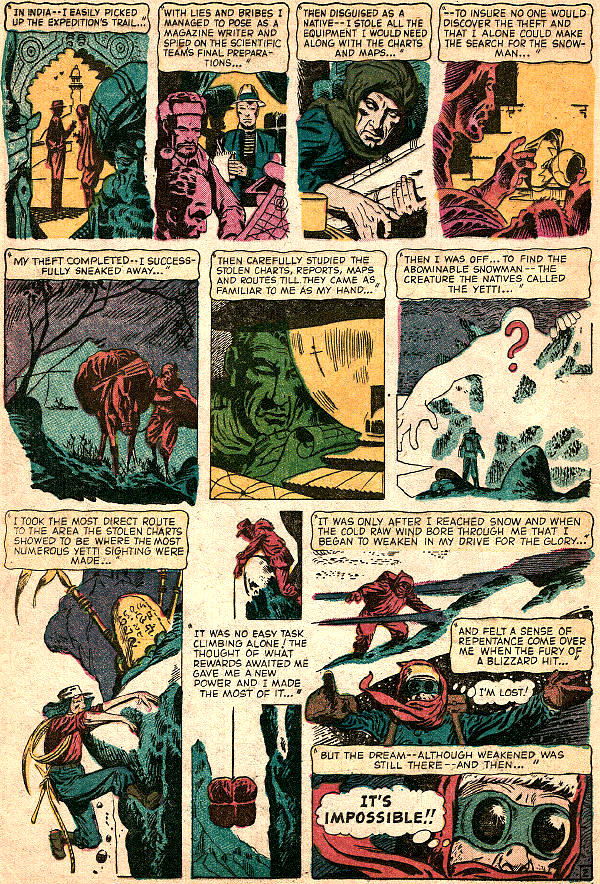 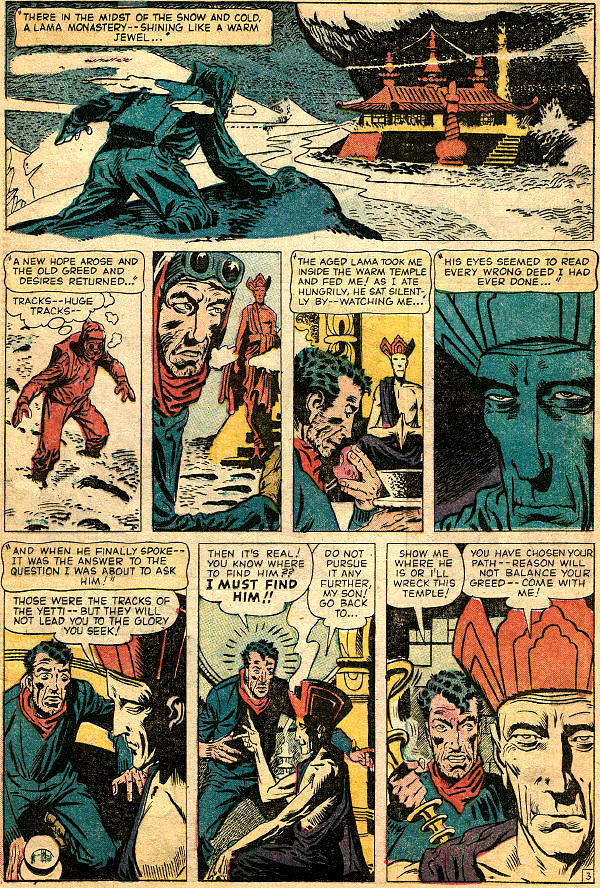 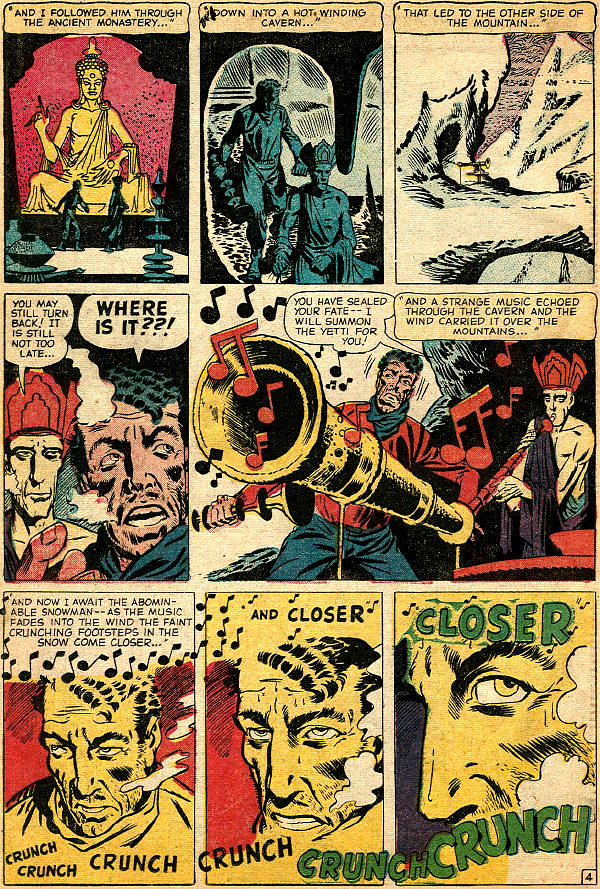 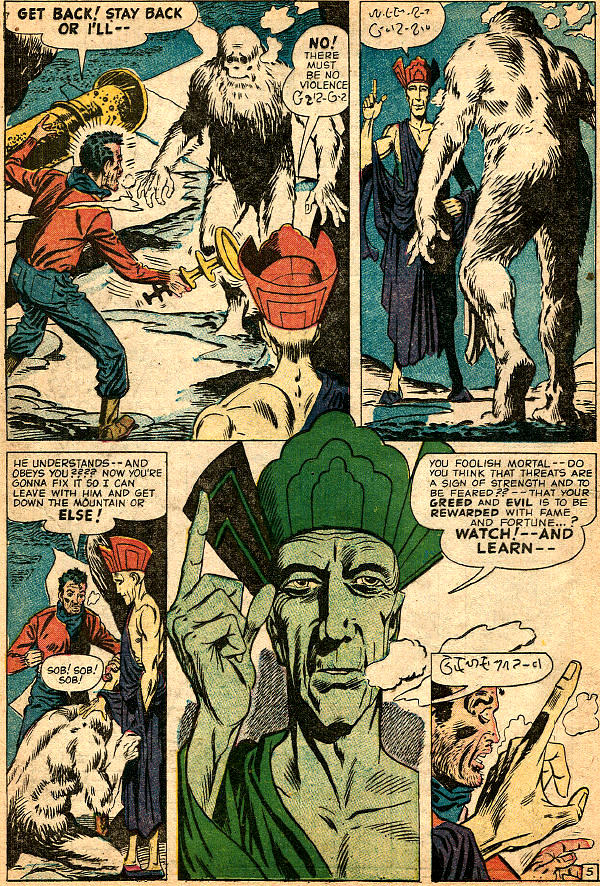 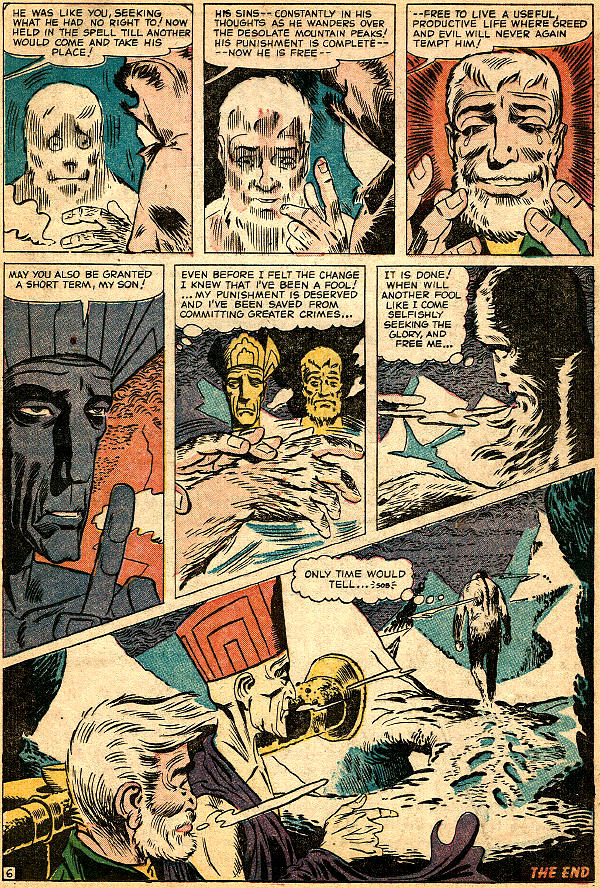 Lovely stuff. I don't remember Ditko doing much work with layouts like this. It seems to open his lines up, creating a more flowing look than I'm used to seeing from him.

I couldn't agree more, Steve. I'm amazed at the page layouts, the panel placements and characters breaking out of their borders. Not to mention the lush lighting and character designs. And oh those wonderful square fingernails.

I wonder what would have happened if Will Eisner had asked Ditko to work on The Spirit, instead of Wallace Wood?

I was looking at some stills on the web of a thin Michael Rennie. I suddenly thought he was the perfect Ditko model. What was Ditko doing when THE DAY THE EARTH STOOD STILL came out in 1951?

I love Ditko's work from this era. It has a sort of demented Joe Kubert quality to it.

This is a stunning story--some of Ditko's most ambitious artwork and layouts I've ever seen!

I really love the pre-hero material Ditko did for Atlas/Marvel. It holds its own with the equally fine Kirby/Ayers stuff. Even when the stories themselves are piles of stale crap (which is often) the art and layouts save the day. The crap was Stan Lee's fault, not the artists'.

I think Brian hit it on the head for me here with the Kubert ref, it's so like Ditko but then it's not. Weird.