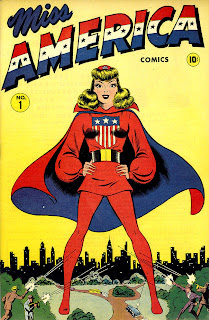 
I got these scans off the Internet a few years ago. There was a website devoted to showing Timely Miss America stories. Fortunately, I downloaded the scans from the net and saved them on disk. I went looking for the site recently and couldn't find it. If it's still out there please tell me.

In the meantime, while we're waiting to hear, enjoy this topnotch stuff from Miss America Comics #1 (and only), from 1944. There is some controversy on the artwork; the majority consensus says it's by Ken Bald with George Klein on inks. But the editor at the time, Vince Fago, said it was by an animation friend of his, Pauline Loth. So who did it? The ones the pundits say, or the one the editor said? Sheesh. Questions, questions...do I look like I was there?

Whoever did it, it's great stuff. I'm surprised it only went one issue, but then the character appeared in Marvel Mystery Comics for several years as a back-up. 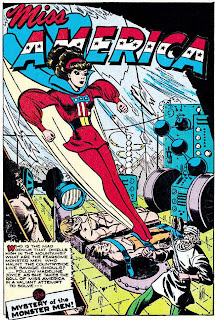 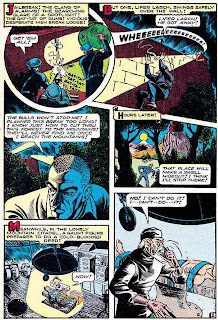 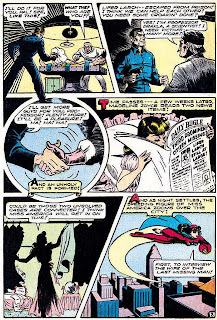 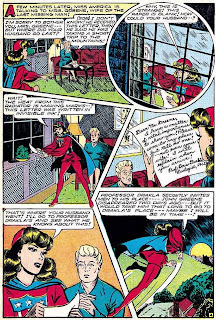 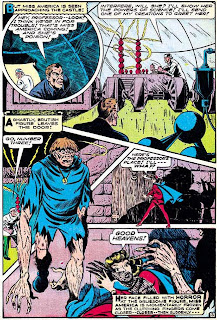 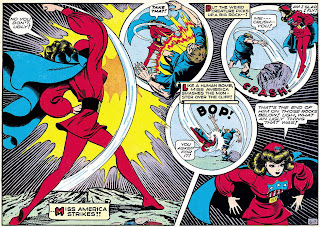 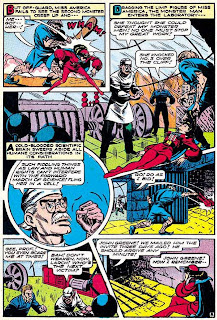 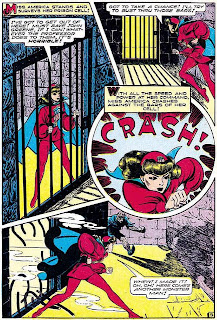 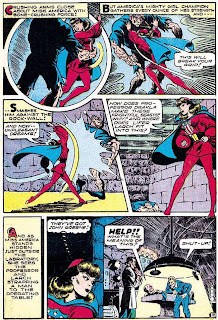 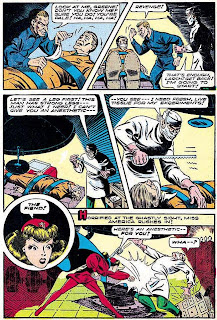 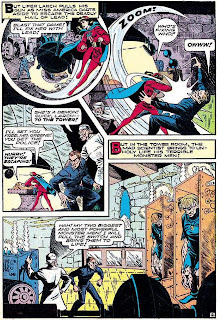 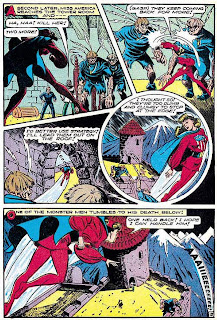 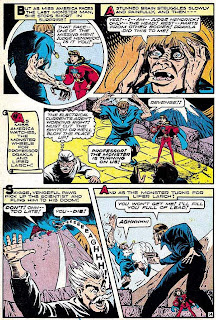 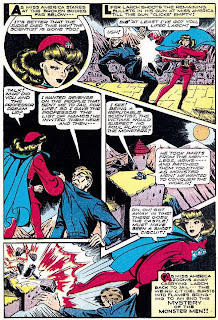 Well done, Pappy. I am familiar with the old Miss America-themed site that you mention, but to my knowledge its been gone for a few years now.

I am very glad to hear that you saved the stories that were featured there.

Maybe we'll get to see all of them here sooner or later.

I hope that Greene wasn't in the castle, phoning the police, while Miss America rescued Lifer!

Actually, MISS AMERICA ran a lot longer than that. The comic was converted to a magazine which, in its initial 5 or 6 issues, featured Miss America stories as well as teenage girl-oriented articles. Later, Patsy Walker replaced Miss A and the mag was eventually converted back to a comic, lasting well into the Fifties.