Number 2250: Three heroes for the price of one 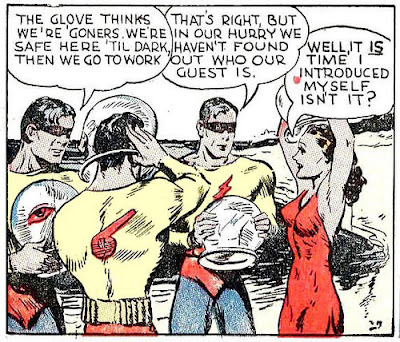 The heroes, collectively known as“Triple Terror,” were the Brandon Brothers, rich siblings with special talents. Here is how Public Domain Superheroes describes them:

In addition to their respective expertise in the sciences, the Brandon boys were extremely athletic, good climbers and exceptional fighters. Menta could pilot an aircraft and they all seemed to be familiar with military weapons, equipment and tactics.”

The brothers also had a collective eye for pretty girls, based on the women they encounter in this four-part story, Diana Walters and the villainous vamp, Vapine.

The brothers lasted in comic books from 1940 to 1946, from Tip Top Comics #'s 54 through 119. Tip Top used comics from United Features Syndicate, including “Fritzi Ritz/Nancy“ and “Li’l Abner”, still under copyright, which is why you don’t see them included in scanned collections from Digital Comics Museum or Comic Books Plus. What I am showing today are the first four episodes, from Tip Top #’s 54-57. I got them from scans of the reprints in Jim Hardy Comics Book, a giant comic published in 1944, with two other features reprinted from Tip Top: Jim Hardy by Dick Moores, and Dynamite Dunn. Triple Terror’s creators, according to Public Domain Superheroes, were Fred Methot and Paul Berdanier, who are credited by the Grand Comics Database with the story and art here. 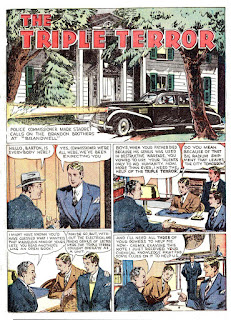 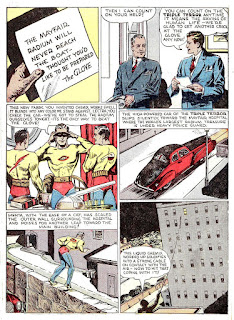 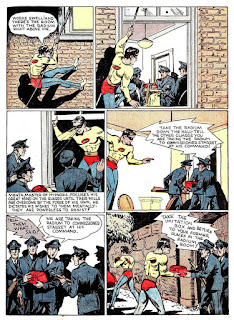 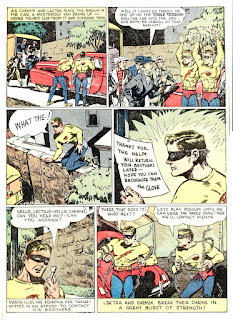 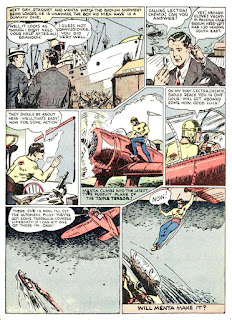 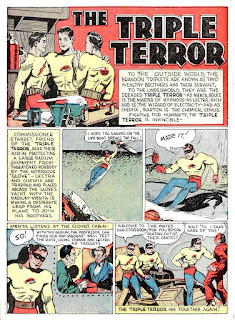 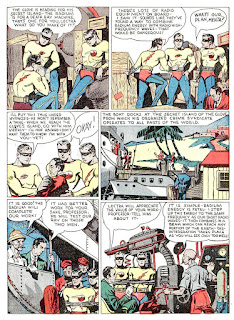 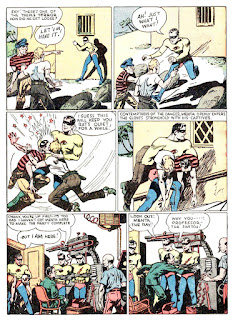 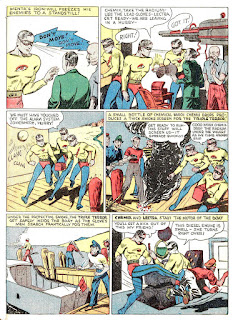 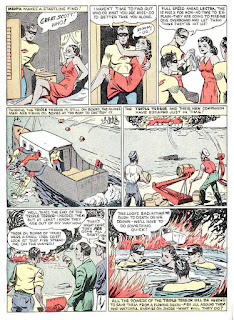 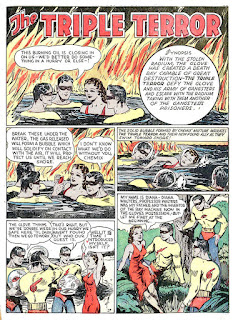 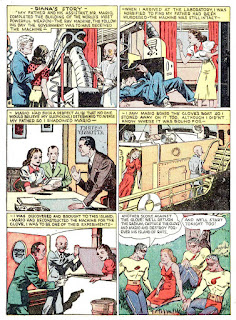 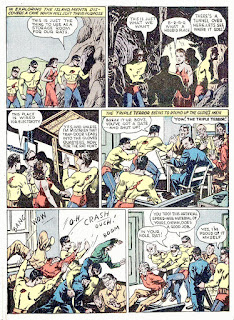 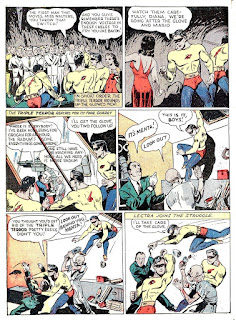 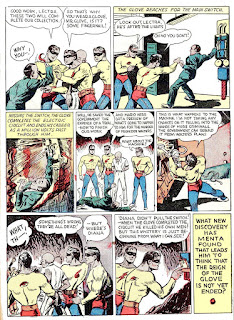 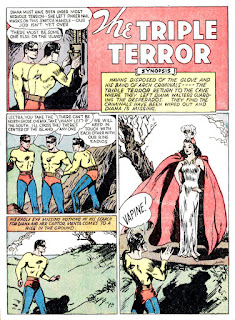 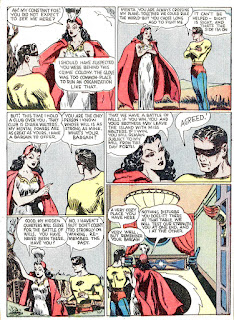 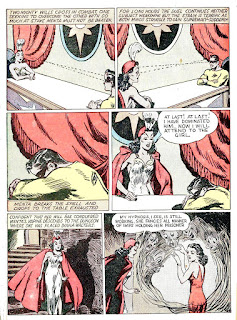 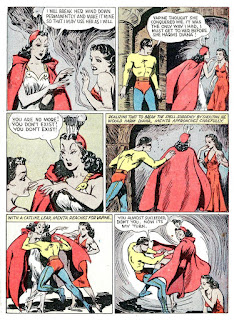 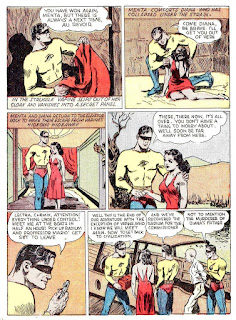 Two great stories today of a strip that is new to me. I was a Chemistry major for a year (gave it up when I hit Organic Chem). The decoration on the chemists shirt, which you call a "beaker", is properly called a "retort", an item used for distillation in the lab.

Happy you're still finding "new to us" comics to post.

I hate coming in at the middle of a story. "Hello, Commissioner Starret, who I've never met before" or "My old enemy Vapine, appearing for the first time". Somebody needs to write The Untold Tales of the Triple Terror.

John, I do know that a beaker is a retort. I was quoting what was written in the Public Domain Superheroes website about the Triple Terror.

That out of the way, thanks for the note and for being happy with what I'm doing. I'm happy to hear from you!

Darci, I haven't read the rest of the Triple Terror series, because I don't have access to those Tip Top Comics they appeared in. I'm curious myself. Vapine is someone who would stick out in a fellow's memory, so I'm sure there is a story there.

Oh man. Pap ol' boy, I thoroughly dug the Triple Terror- was completely oblivious to this strip, these characters, even the creators who seemed to put a degree of care into this. It seems like most Golden Age stuff that's actually collected in print is always the most mundane and worst to represent to possible new readers, whereas stuff like this in all of it's crude charm and escapism goes unknown. Thanks so much for bringing this to our knowledge, I need to read up on these guys.