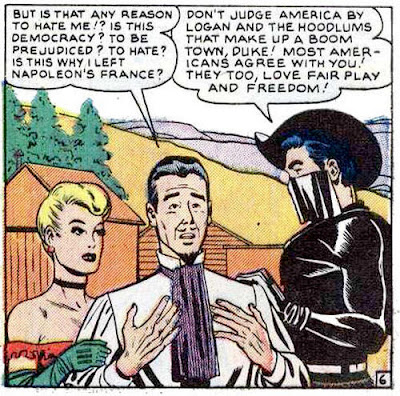 Reading this Black Rider episode, published in 1951, is like reading this morning’s newspaper: Unwanted sexual attention and assault, scapegoating an emigrant, and rich man using his power for nefarious deeds. Of course those problems have been around for the history of humankind, but it doesn’t make “The Strange Man” seem any less relevant. Being a comic book story, though, means the problems are solved in nine pages by a masked vigilante.

It is well drawn, as per the Grand Comics Database, penciled by Al Hartley and inked by Jay Scott Pike. If pretty, sexy females were needed at the company that eventually became Marvel Comics, they weren’t drawn any better than by those artists, in this case working together. The story is credited to Robert Bernstein, a writer who worked in comic books for decades. 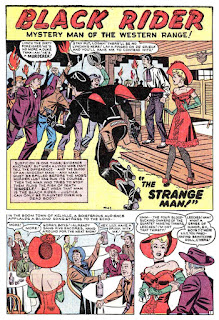 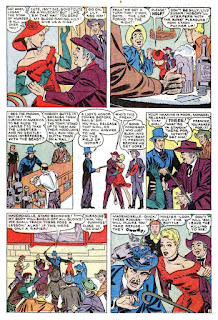 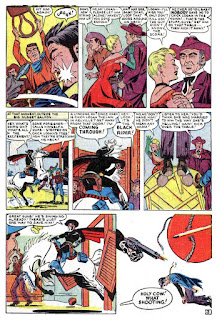 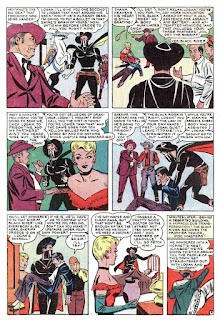 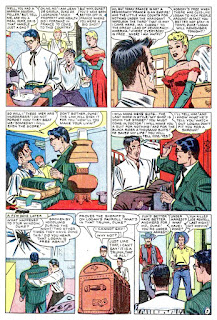 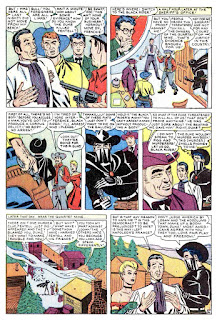 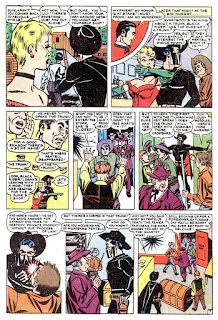 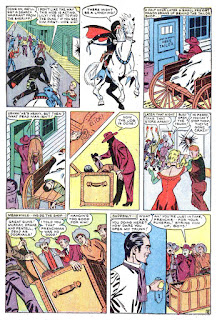 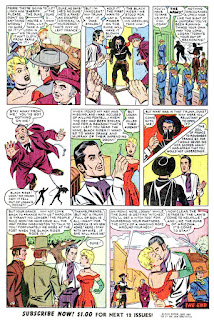 Emperor Napoleon III was deposed in 1870, providing us with a approximate date for the events in this story.

Really, the Black Rider wasn't a vigilante. He stayed well within the limits declared by an existing institutional framework, as opposed to his meting-out summary justice or providing independent law enforcement beyond what the law allowed. In the case of this particular tale, the only reason for him to adopt the guise of the Black Rider (as opposed to fighting crime as Doc Masters) was that he could call upon the reputation for competence of the Black Rider. The vigilantes were the misled folk who thought that they would be justified in killing de Grieux for murder. The story is thus one of anti-vigilantism.

It was quite something to have the Black Rider taunting Logan in the final panel — not only telling him that he would hand, but twirling a noose.