We are celebrating Pappy’s tenth anniversary with a series of Sunday postings this month. Today Adventures of Peter Wheat #1, the first of a series of bread company giveaway comics by the masterful Walt Kelly.

To the best of my (admittedly leaky) memory I have never seen an actual paper issue of this series. I have the copies that kind souls have scanned and that I have downloaded from the Digital Comics Museum (thanks, guys!) They came out in the late 1940s and early '50s, the first 35 by Kelly, the rest of the series by Del Connel and artist Al Hubbard (whose work looked a lot like Kelly’s and is an artist I think is underrated).

Today we have the first one, published in 1948 for the Bakers Associates, Inc. by Dell, and it is all Kelly, front to back. If Kelly ever wrote about this project I haven’t read it, and I wonder if he was given carte blanche to create characters and storylines. It has the distinctive art Kelly is known for, but not the humor. This postwar comic is about an ongoing war between the good guys and the bad guys, and bad guys who sometimes act like good guys. It was aimed at children, after all. It takes place in miniature, in a forest setting, perfect for Kelly's facile imagination and drawing style. 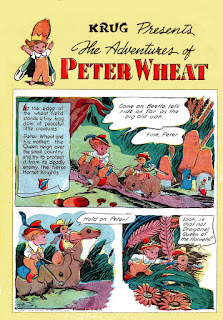 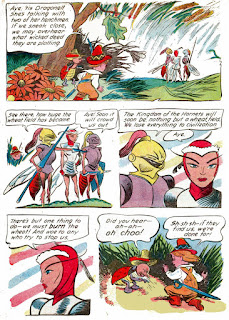 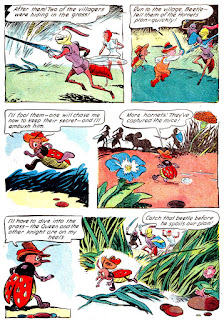 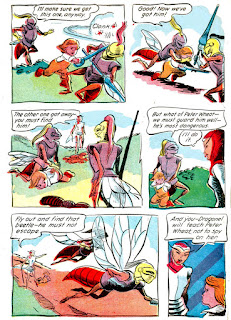 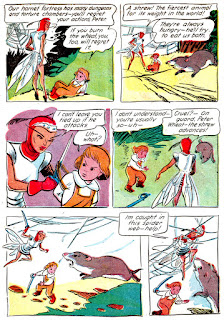 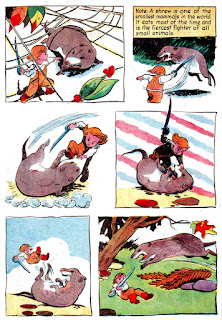 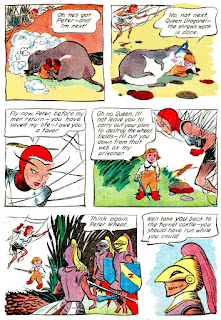 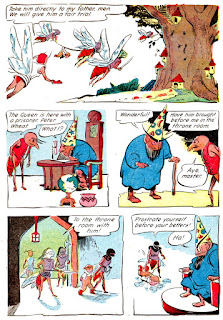 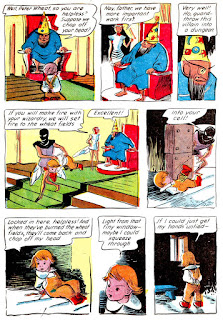 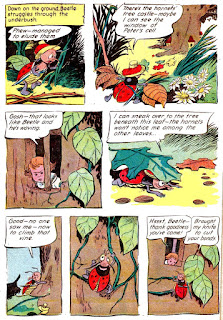 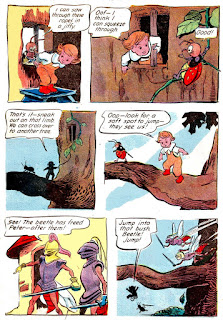 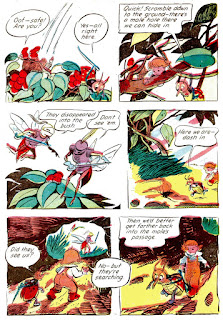 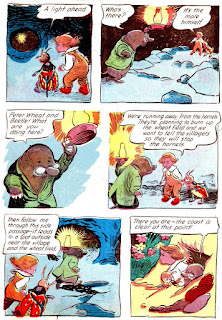 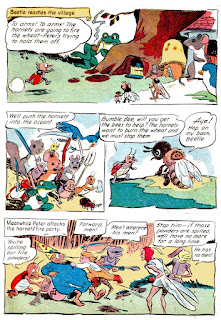 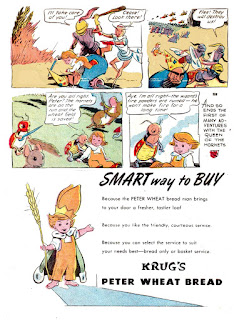 It's kinda watered-down Kelly, isn't it? The art is beautiful but doesn't seem to have the richness and verve of full-volume WK. I remember really enjoying Al Hubbard's Dell comics. Didn't he draw Mary Jane and Sniffles and some of the Lady and the Tramp (or Scamp) comics? Beautiful work from what seems to be another world now.

Pappy, as the primary scanner of Peter Wheat, you are most welcome. I'm afraid I bit myself in the rear a bit by sharing them as I got them, however- the prices on the issues I'm missing have gone WAY up over the past few years, and I don't think I'm out of line believing that it's mostly my sharing them that has driven interest.

I agree with you that Al Hubbard is horribly underrated. He's not as good as Kelly; but who is? His work on Mary Jane and Sniffles is one of my all-time favorites.

These are fantastic fun, and I've been enjoying them for a while. Thanks for all your work, Eric!

Russ, I think the work might have been hurried, but the essence of what makes Walt Kelly great is there.

Yes, Hubbard did Mary Jane and Sniffles and also some Disney work.

Eric Gimlin, well, thank yoou for sharing them. There is no way you, scanning and sharing issues out of a desire to make them available to other people can be blamed for prices going up. It is a possibility that interest goes up because people may be seeing them for the first time and want the original paper, but it is Walt Kelly that is making them valuable. I sold a lot of comics over the years and there were artists like Kelly and Barks and several others whose work appreciated in value no matter what other forces were at work. There were artists who became popular as a sort of fad, and then the fad faded and their work went back to a more moderate price. That will never happen to an artist like Kelly, whose work will be looked at 100 years from now.

You are splendid to bring this forth. Thanks, Pappy. Kelly and Barks I especially appreciated even when I was kid in the '60s.

OMG I met Peter Wheat! He went glutan-free & it kilt his carear yo :( He's a alky-hollic now butt he only drinx takeela on accounta tha glutan xoxoxoxo

Debbie, I'll pass your funny comment on to my gluten-free, tequila-drinking friends.