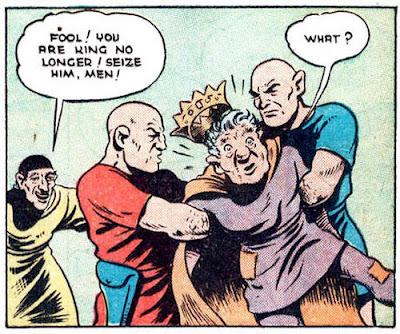 “The Crusaders” are characters from the Canadian comic, Three Aces. This particular episode, from issue #53 (1946), appears to have used the Captain Marvel stories by Otto Binder and the C. C. Beck studio as its template. The three Crusaders are in an anachronistic old European-style kingdom, and overhear what they think is a plot against the king. However, unlike Captain Marvel, the Crusaders have no super powers and can’t just holler “Shazam!”

It's too bad the Canadian comics industry could not compete with the Americans after World War II. Maybe the stories are reminiscent of that period’s American comics, often more silly than suspenseful, but they have their own charm. Anyone who is an expert on the Canadian comic book industry would help considerably if they would tell us who drew this. 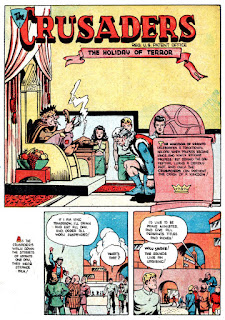 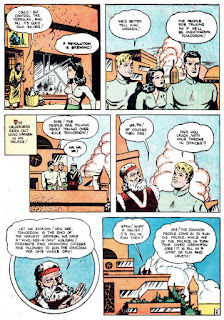 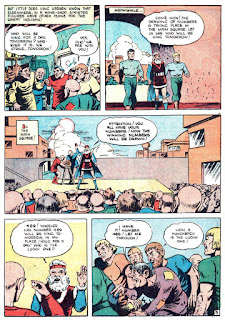 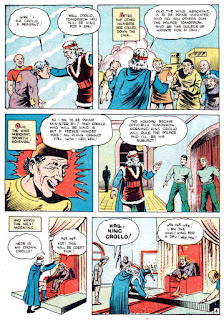 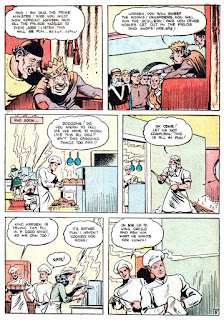 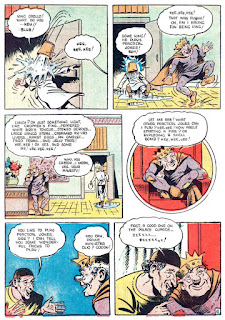 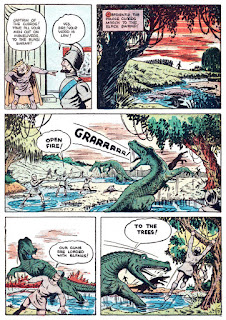 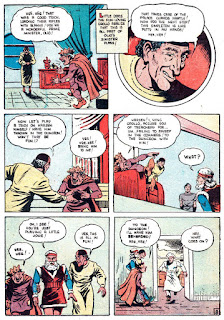 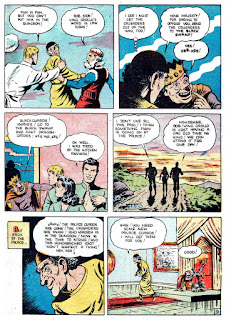 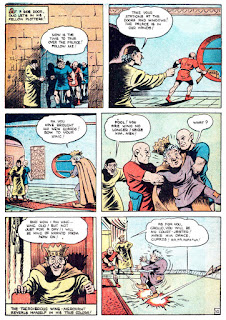 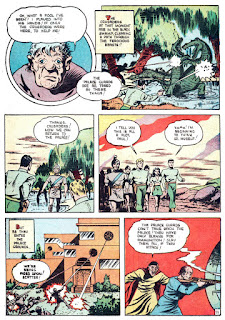 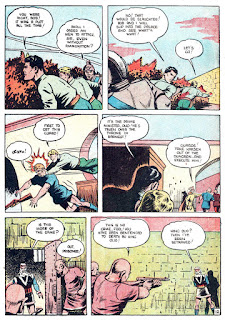 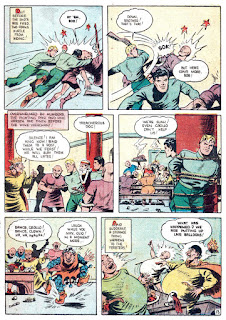 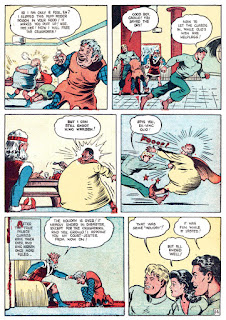 I dunno. The Crusaders were awfully quick to side with the monarchy against what they thought to be a popular uprising.

Anyway, yes, I think that we have to take this story as in the same vein as the post-war stuff from Fawcett.

I'd be interested to learn more about the Canadian market for comic books in this era and earlier.

I thought one of the more interesting things about the Canadian comics was re-drawing stories of Captain Marvel Jr. I have seen some done when comics were declared non-essential imports, and kept out of Canada. So the publisher with the rights to Fawcett had the stories drawn by local artists. That was one way of getting around the ban.

A fascinating subject. American stories re-drawn for Canadian market, due to a commercial agreement. More or less like in the early days of Hollywood, when different versions of the same movie were shot for different countries, instead of having the original movie dubbed.

We had some Mandrake story arcs completed by Italian artists in 1944-1945, and then some new ones created ex novo in Italy, but I'm not sure about how it went, speaking strictly from the legal point of view.

I support the (classically) liberal bourgeoise revolutions, or just stay out of uprisings altogether. (Mathematical types are often spared in the wake of regime change, because the new rulers imagine that the math might prove useful.)

I wonder why imported scripts were acceptable to the Canadians, yet imported drawings (reprinted) were not. (The public interest was not well served, but there may nine-the-less be an interesting explanation, in terms of group interests.)