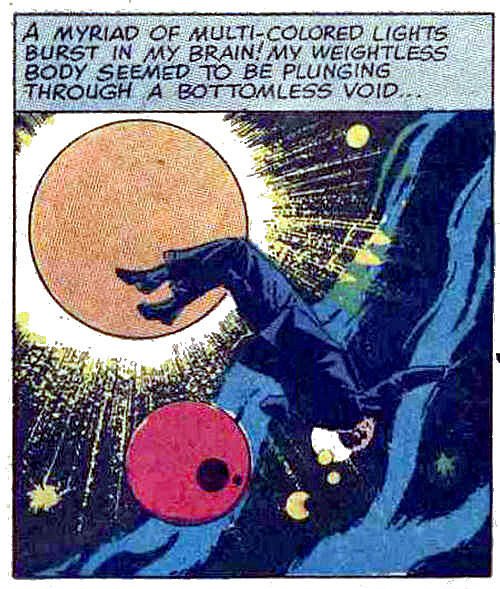 The Fleagle Gang was a nickname reportedly given to Al Williamson and friends by Harvey Kurtzman. Al's “Fleagles” could be Frank Frazetta, Roy Krenkel, Angelo Torres, and other artists who pitched in. This story, for instance, from Blast-Off #1 (1965), a one-shot from Harvey Comics, has Williamson assisted by Roy Krenkel. Krenkel drew really great buildings.

The Fleagle Gang was named after a real-life criminal group led by brothers Jake and Ralph Fleagle. The Williamson-led Fleagle Gang is well thought of by comics fans, but the gang of Ralph and Jake has been mostly forgotten. It was one of several outlaw bank robber gangs of that period in American history. At least one opinion I read said that the name “Fleagle” may have led to the gang being dismissed by crime buffs. I think the name has a certain ring to it, but is comical enough that it makes it hard to take serious. 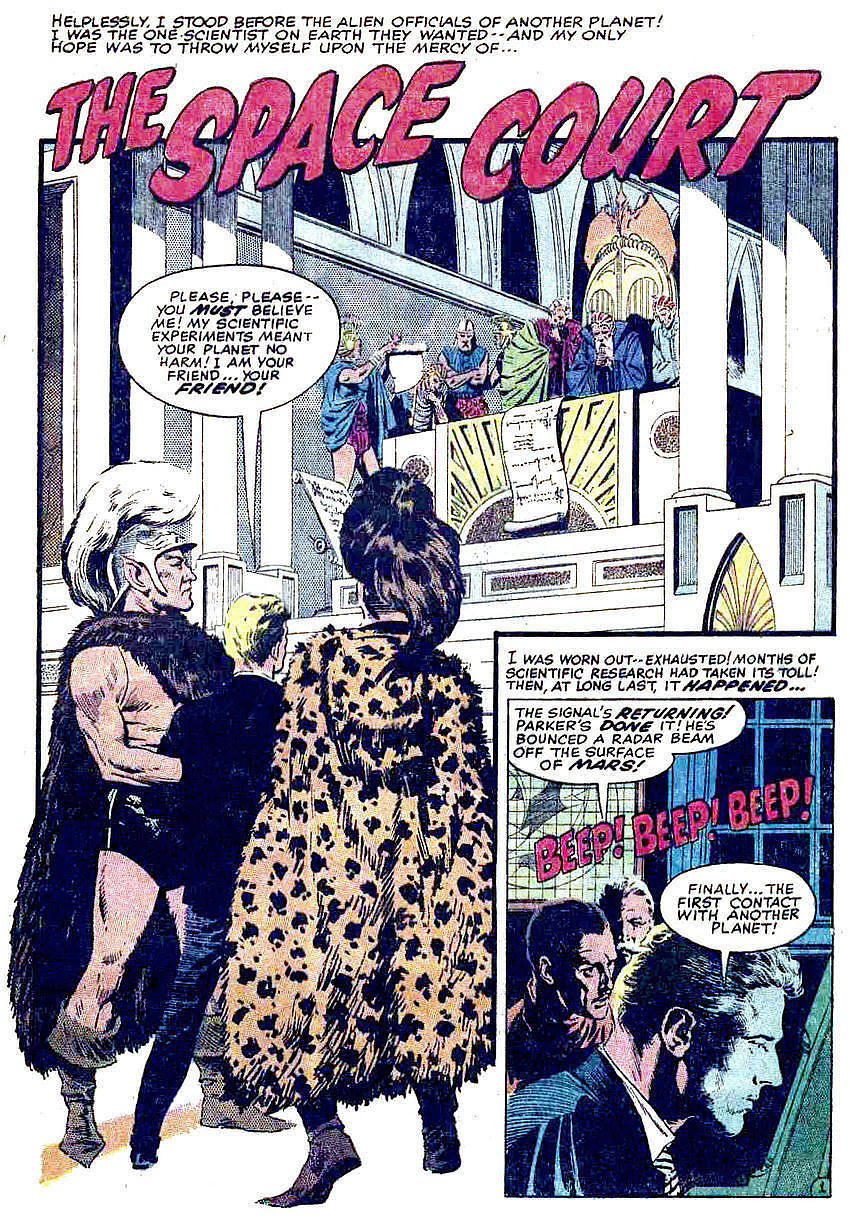 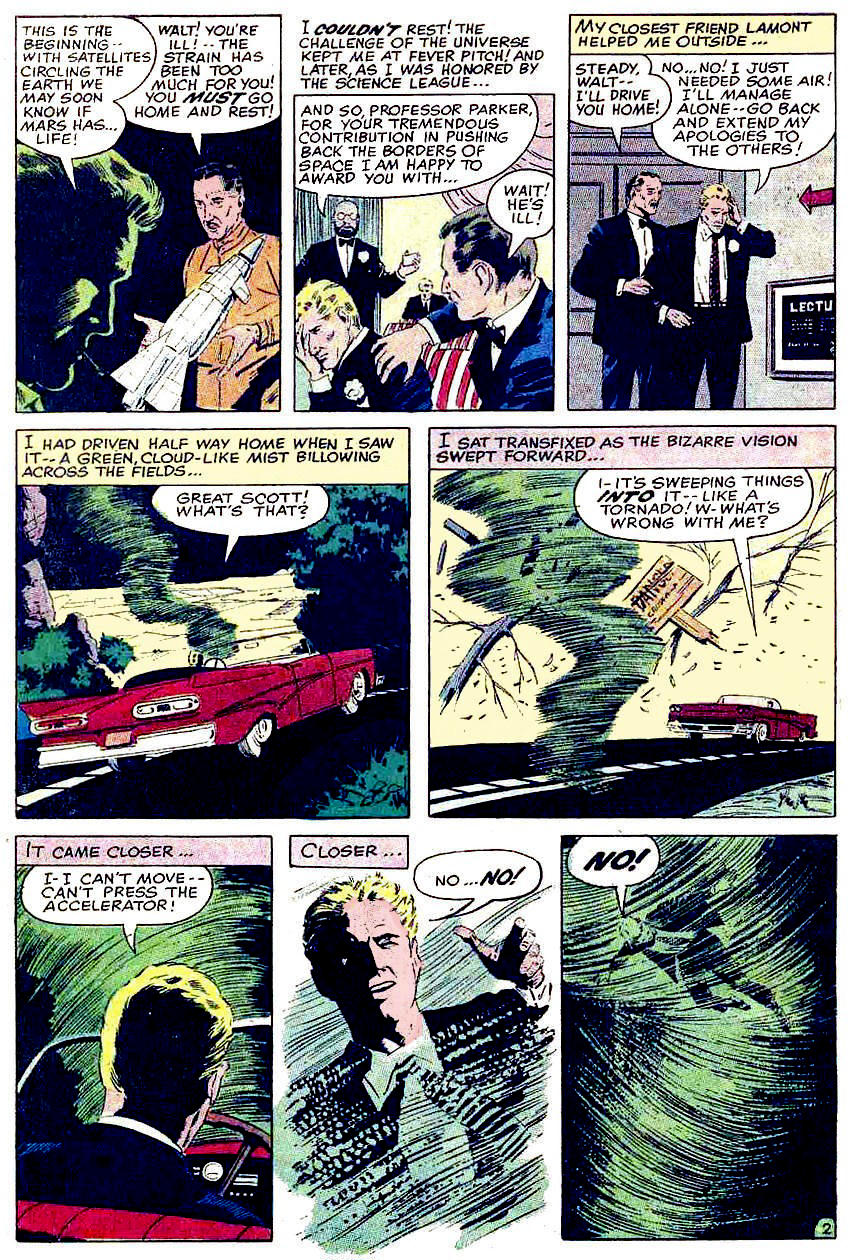 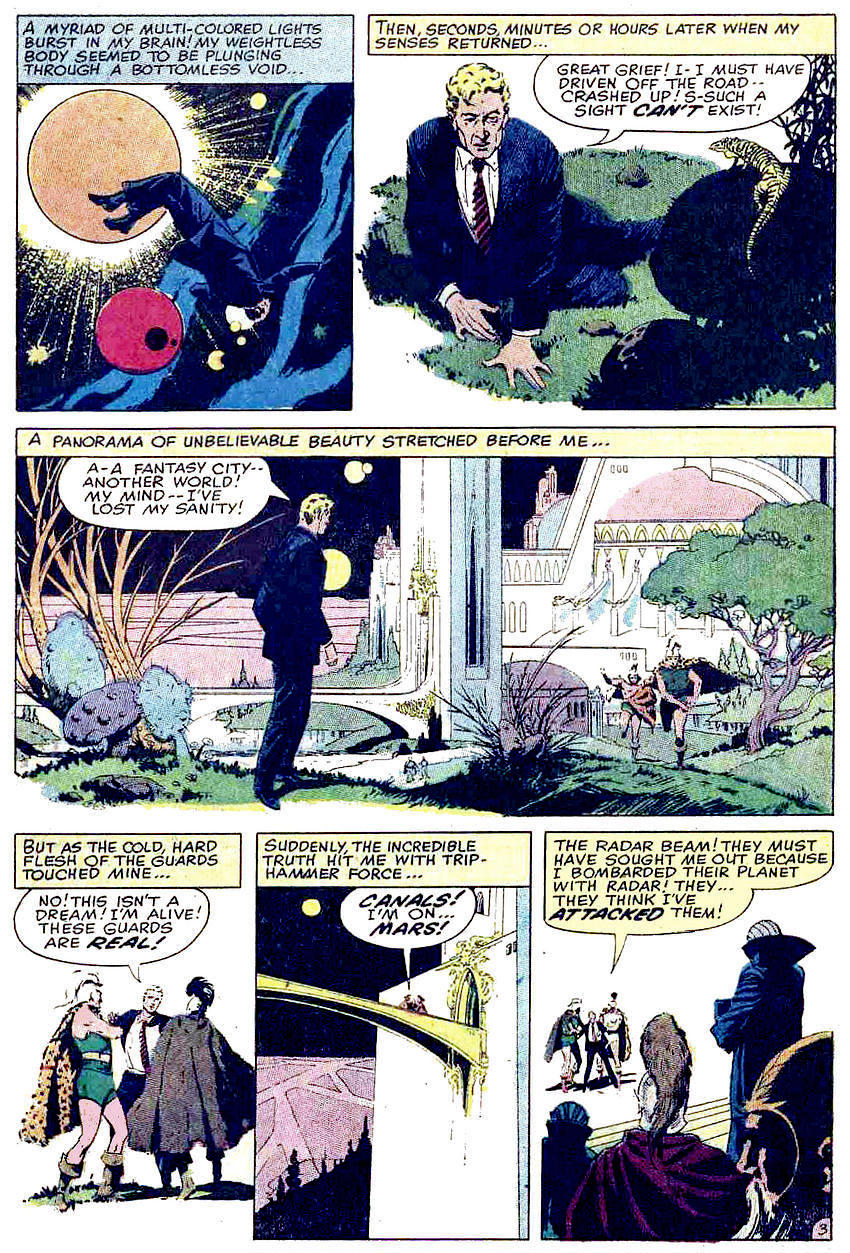 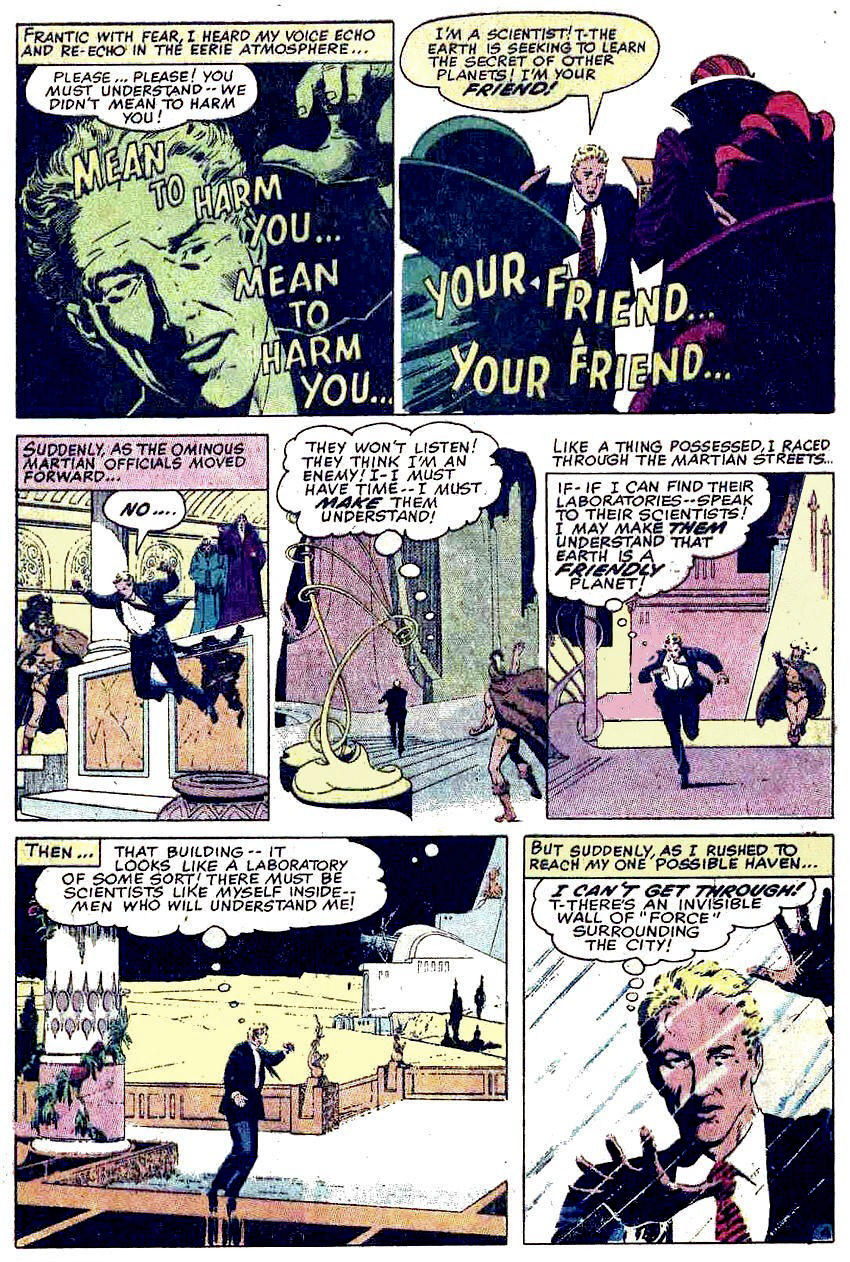 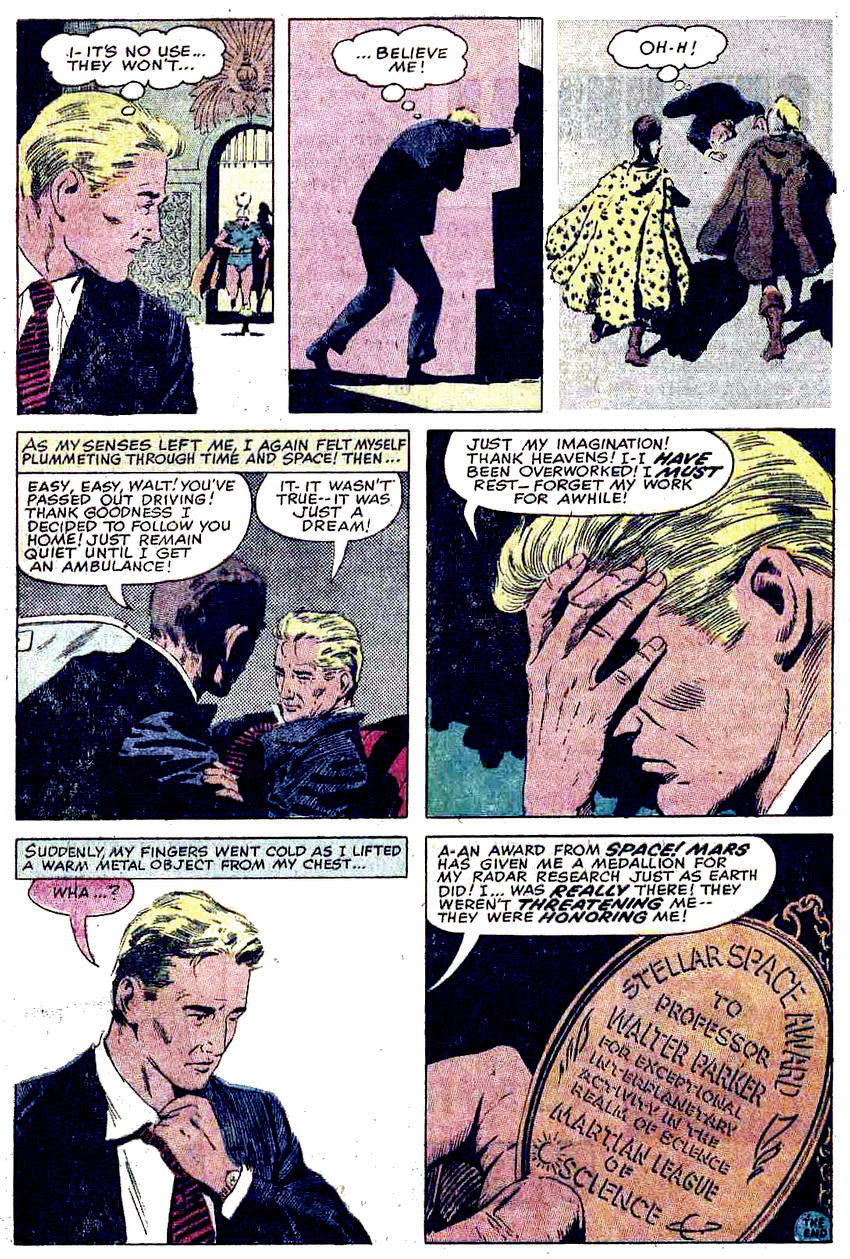 This version of the Fleagle’s downfall (a single fingerprint did them in) is fairly close to what I’ve read of the gang’s history. It is from Choice Comics #1 (1941), a short-lived comic produced by the Iger Shop. The artist and writer of “G-Men Vs. Crime” are unknown. It is one of a variety of features in Choice Comics covering different subjects (including Kangaroo Man, a hero who teams up with, you guessed it, a kangaroo). But in style and tone it fits in with what Charles Biro did a few months later when Crime Does Not Pay was introduced. 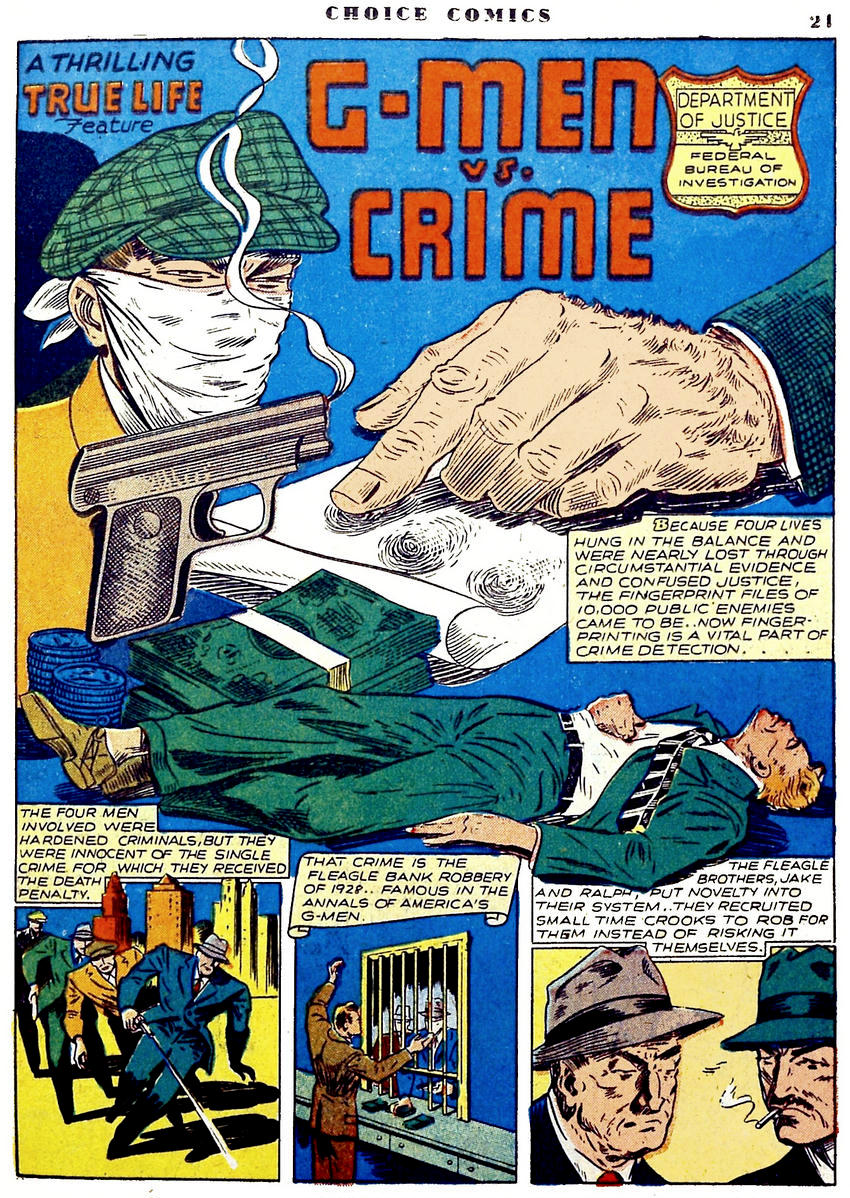 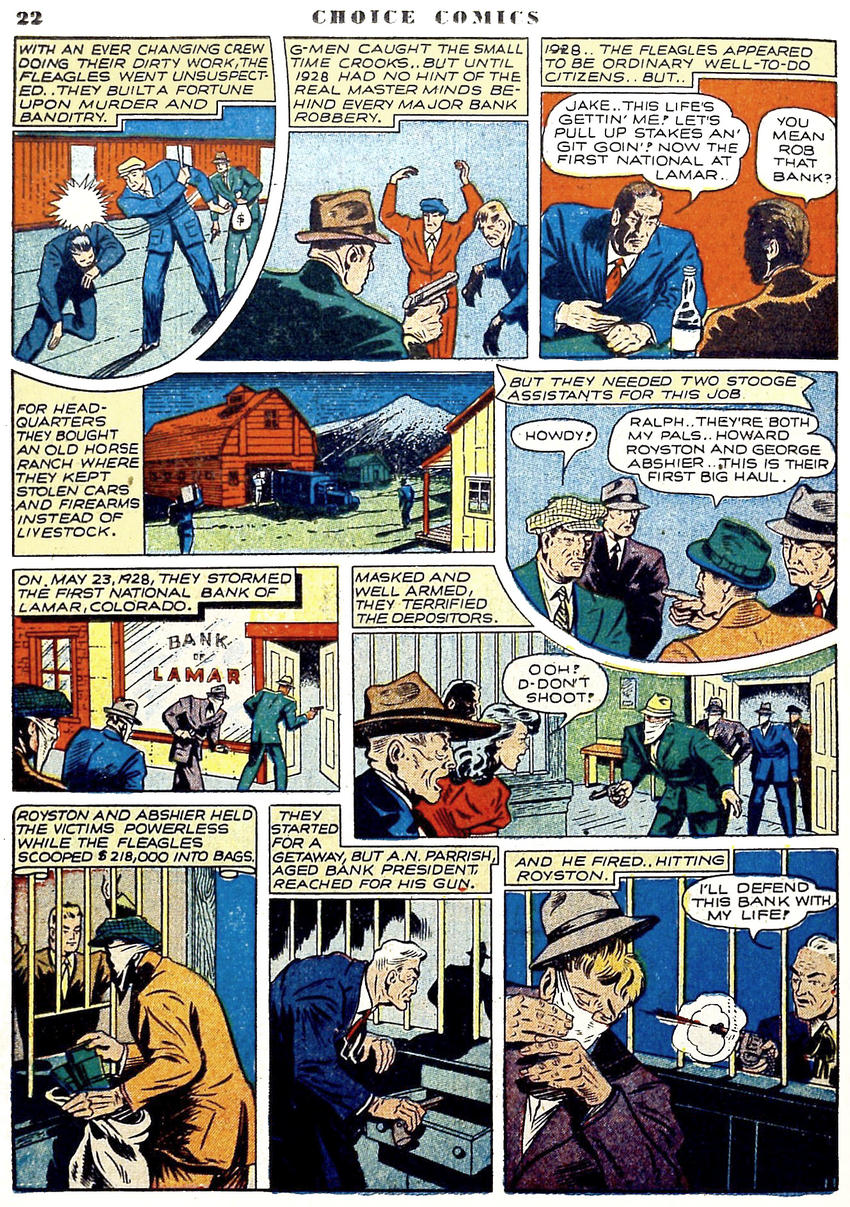 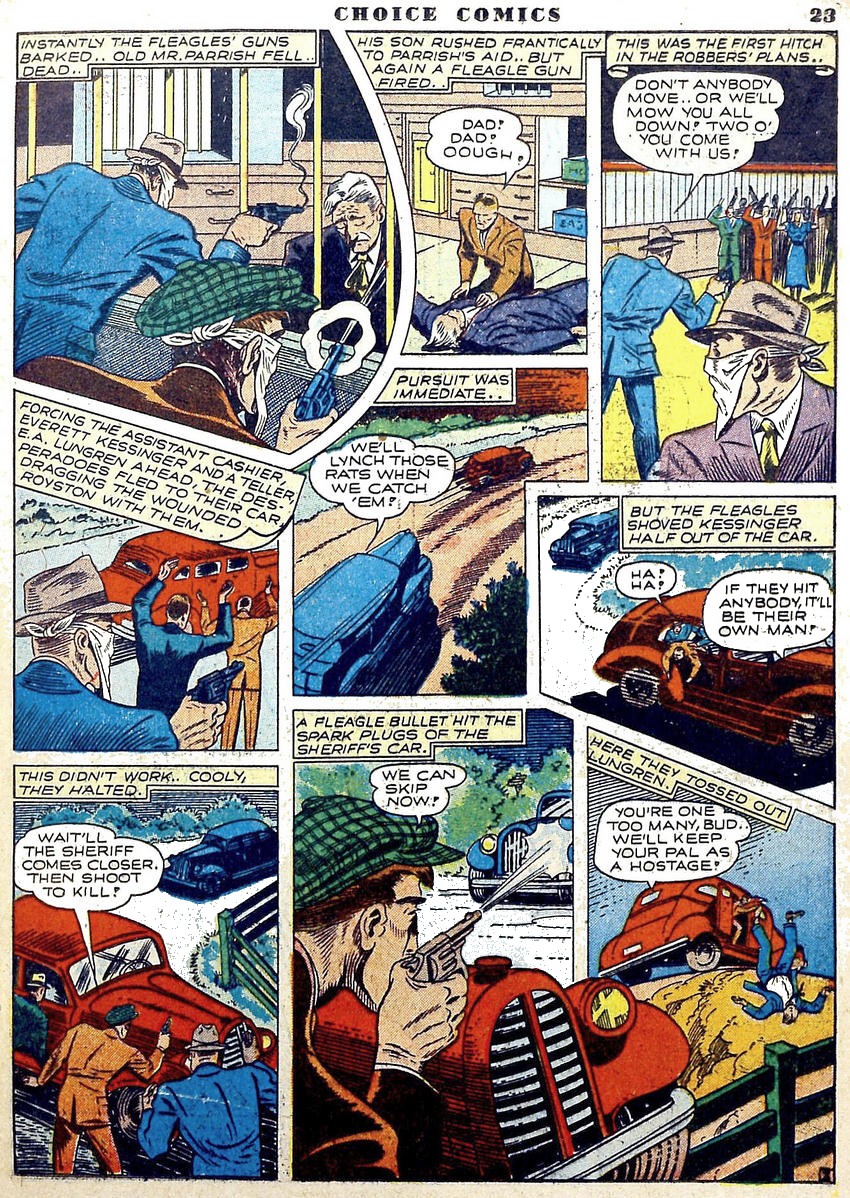 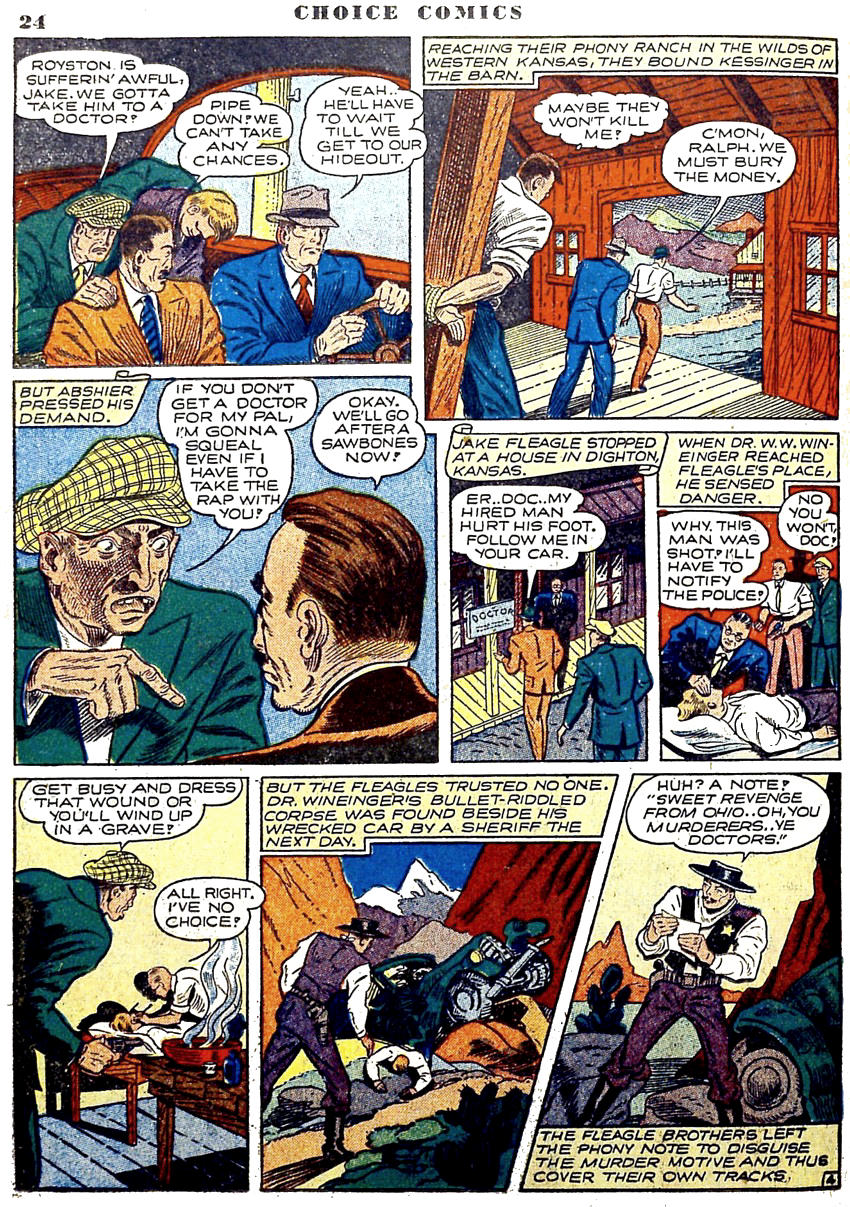 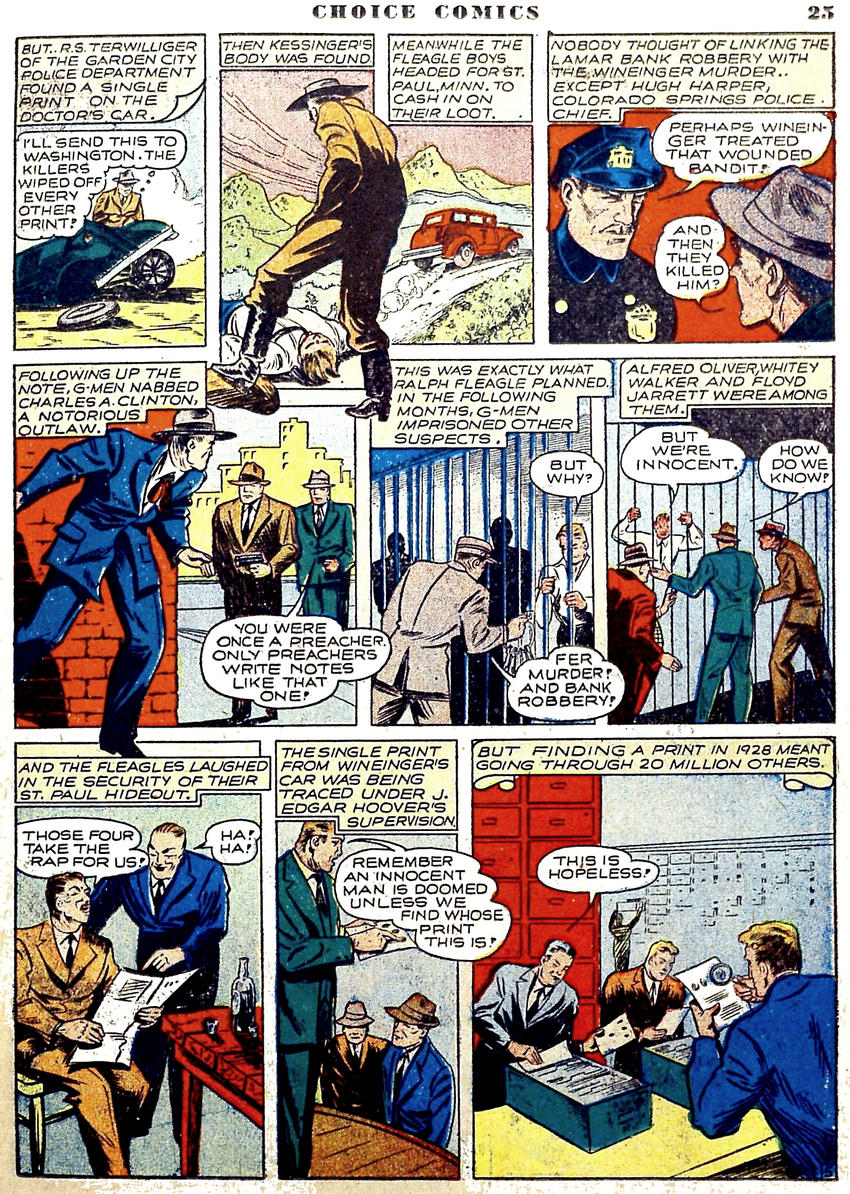 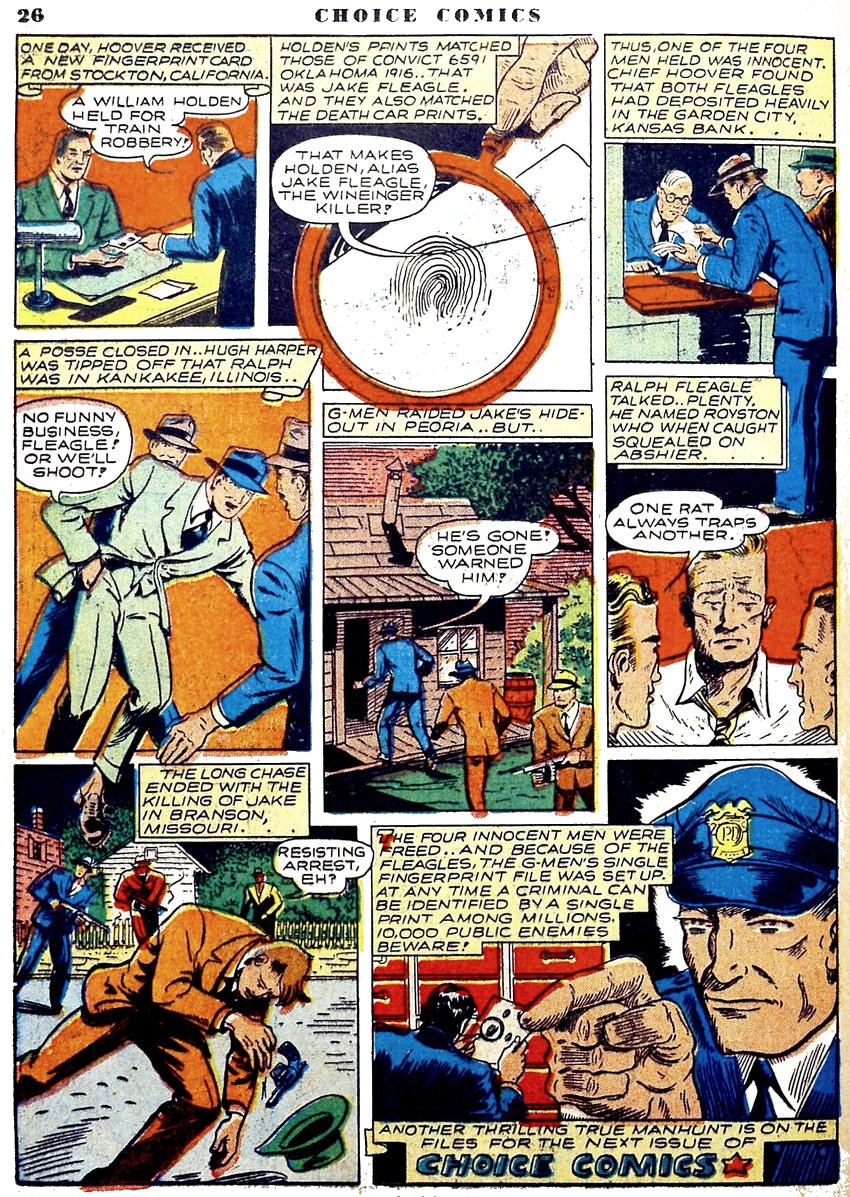 You think the Fleagles might've been the inspiration for the Beagle Boys of Scrooge McDuck fame?

M. Bouffant, I had not thought of it, but it sounds right.

Is there any connection to Evil-Eye Fleegle (or Fleagle--I've seen it both ways) who was in Lil Abner when Frazetta was drawing it? Just wondered.

And in Kurtzman's own Batboy and Rubin you had the Floogle Gang, the Fleagle Gang and the Flurgle Gang, in that order.

I think that technically the last Fleagle story might've been H2O World, also with Krenkel,in Creepy #1. But what was the first?

Don, another connection I had not thought of. "Evil-Eye Fleagle"...even if there is no connection the name sounds funny. Perfect for the Li'l Abner strip. And since great minds run in the same direction, as Russ reminds us, Kurtzman used the name and even satirized it with his variations.

Thanks for the observations, guys.