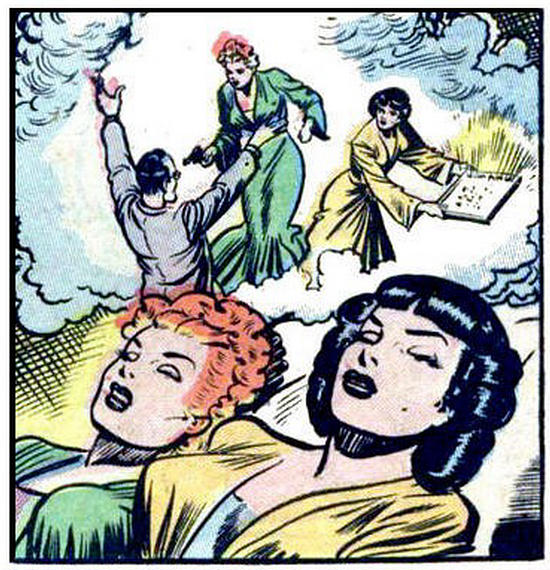 We have yet another theme week; three stories this week featuring blue-clad heroes. (Well, one of them actually has “black” in his name, but his uniform is blue. You’ll see why on Wednesday.)

First up, Blue Beetle, who has a long history in comics for a character who bounced around in different titles over different eras, eventually appearing in the sixties in the more-than-capable hands of Steve Ditko (the high-water mark of Blue Beetle for me). But here Blue Beetle is featured in an anthology comic from Fox, co-starring with Phantom Lady, Rulah the Jungle Goddess and Jo-Jo the Congo King. Blue Beetle doesn’t even merit a mention on the cover. But what interested me about this installment is the art. It's by Jack Kamen, who turned out reams of work for the Iger Shop before landing a position at EC Comics. Personally, I enjoy these early stories by Kamen. This one has action and some cheesecake, something Fox was marketing despite objection from the folks who were upset about comics featuring such material. 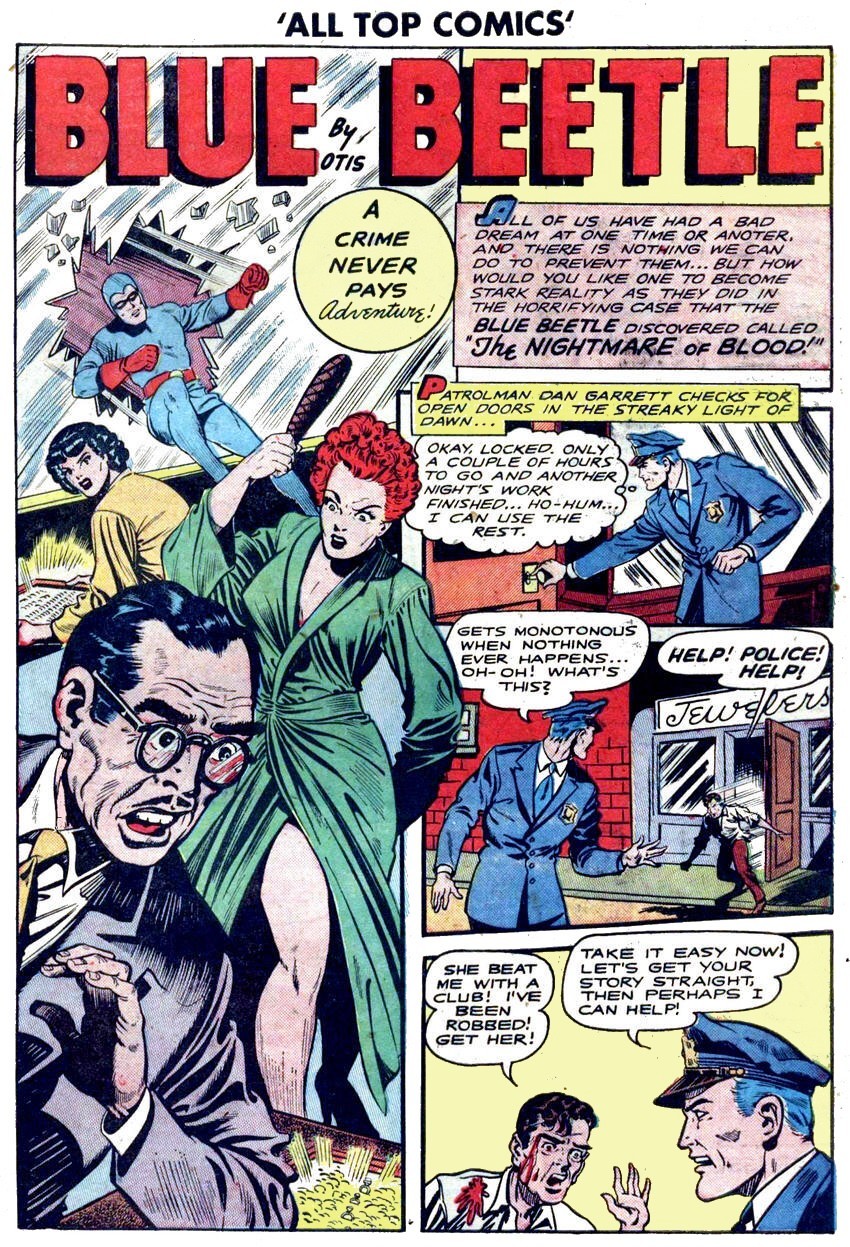 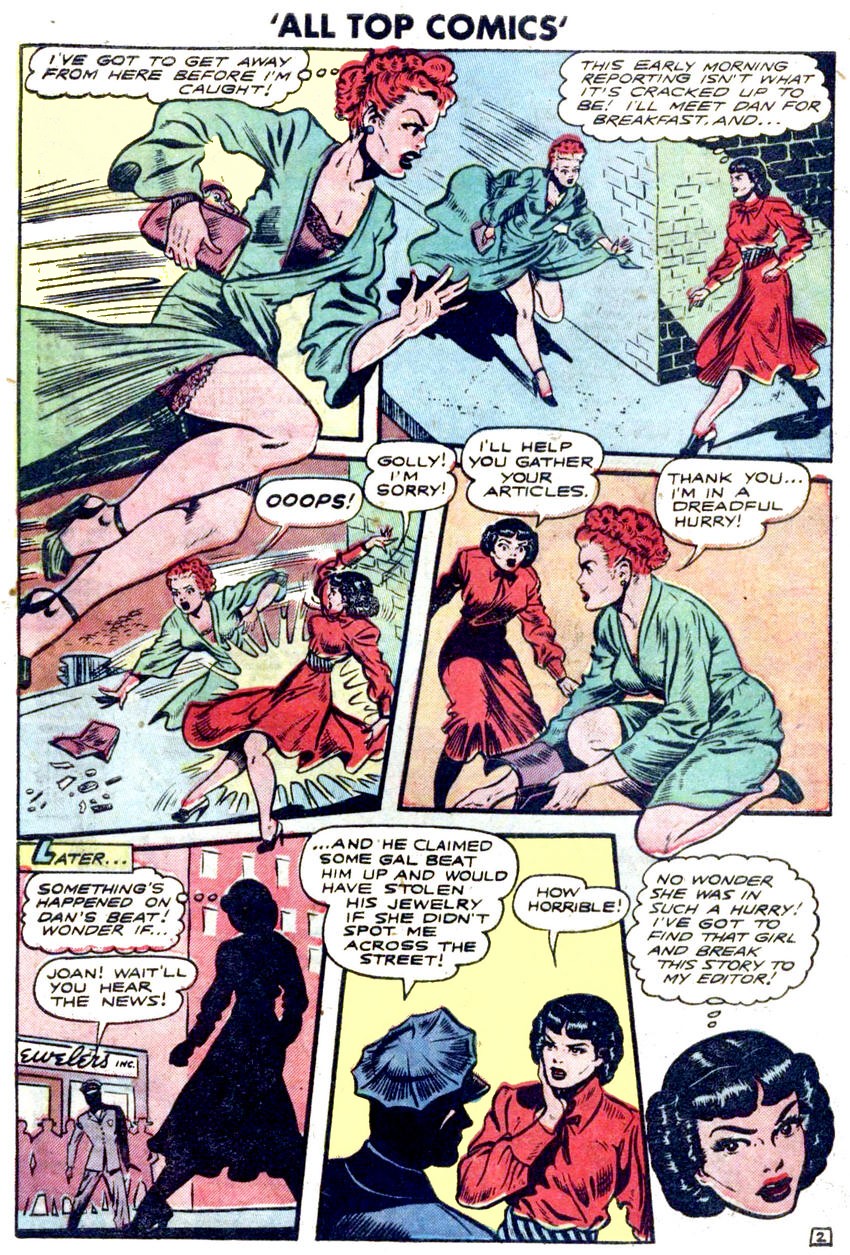 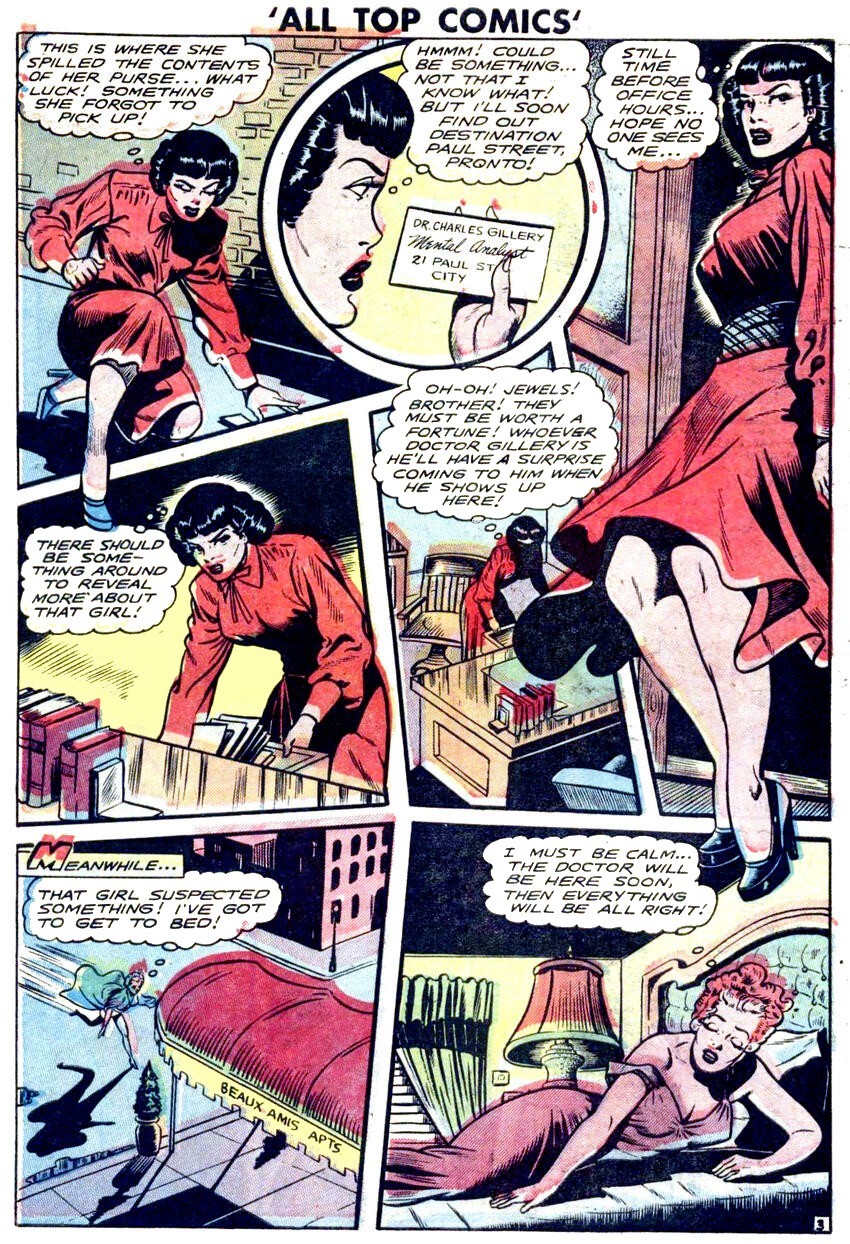 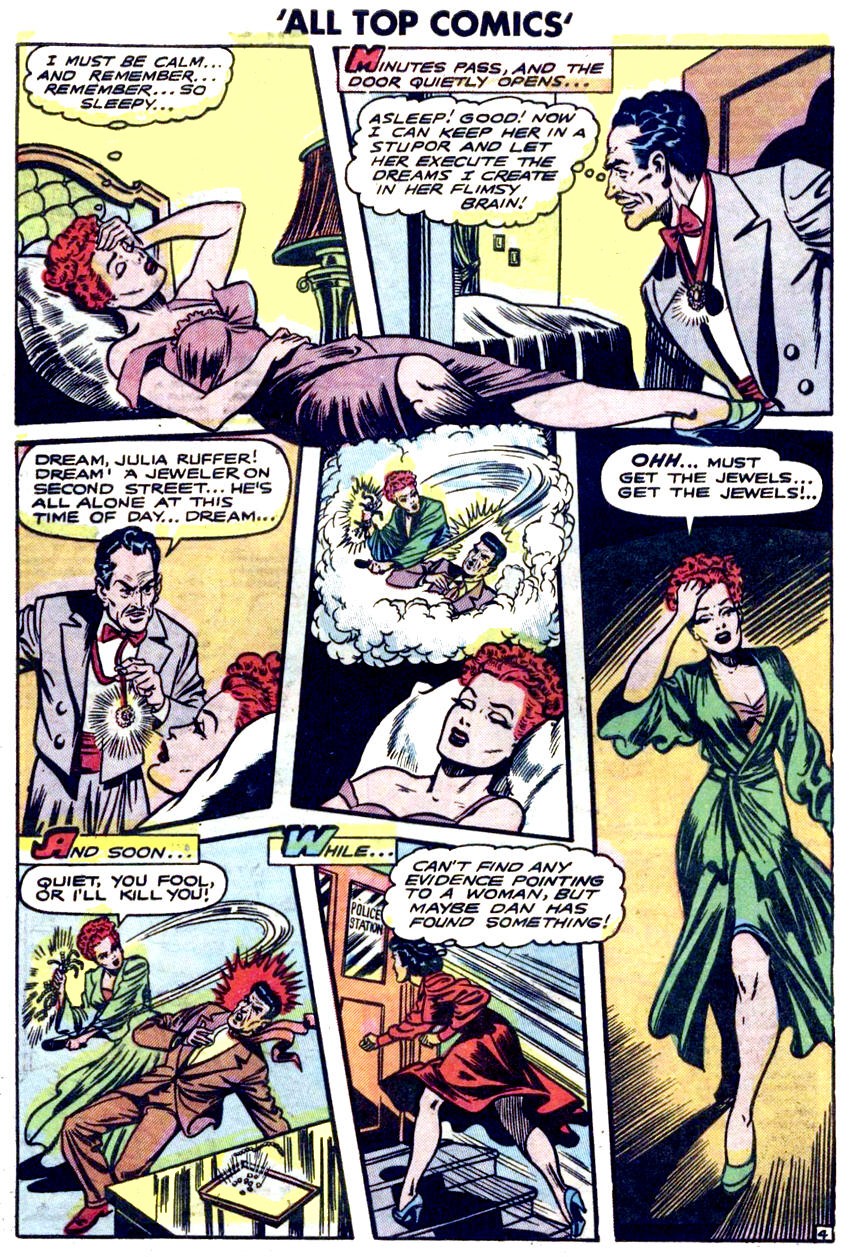 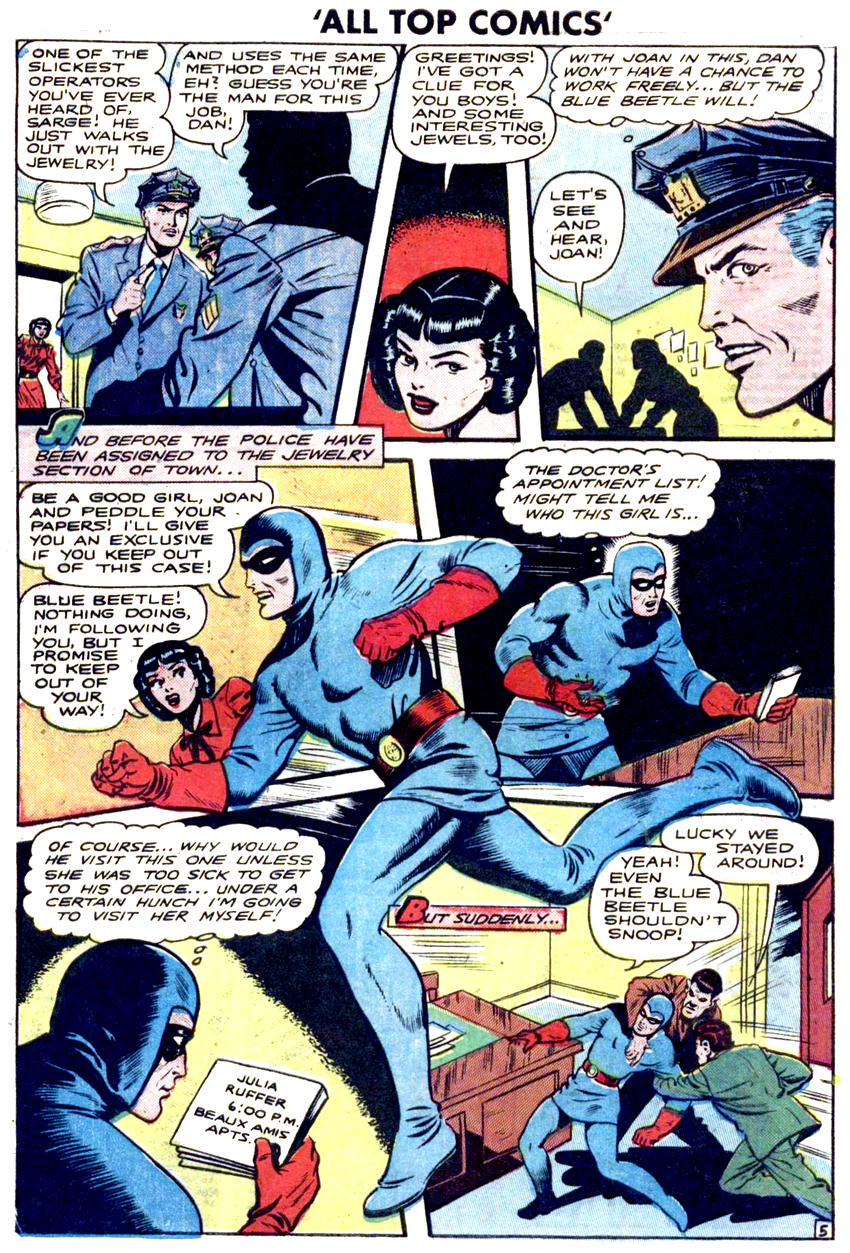 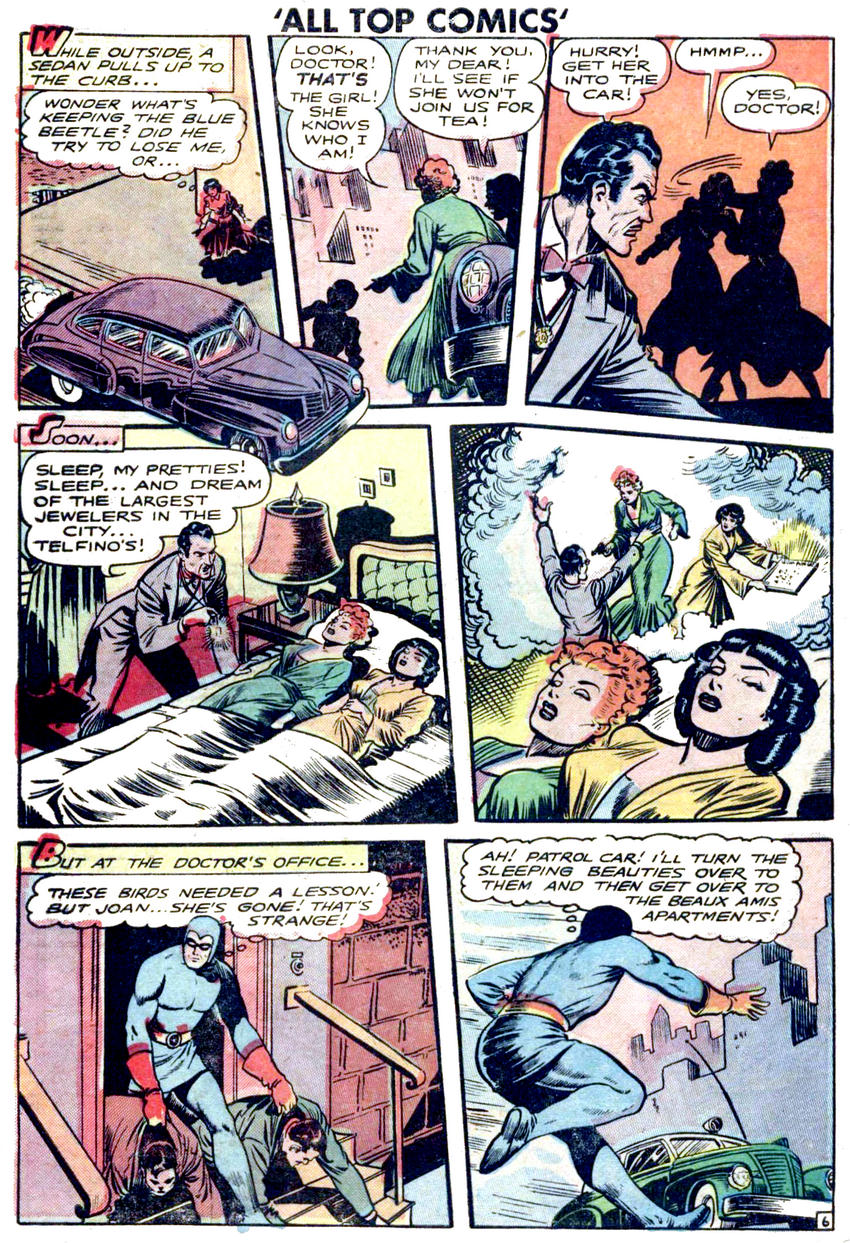 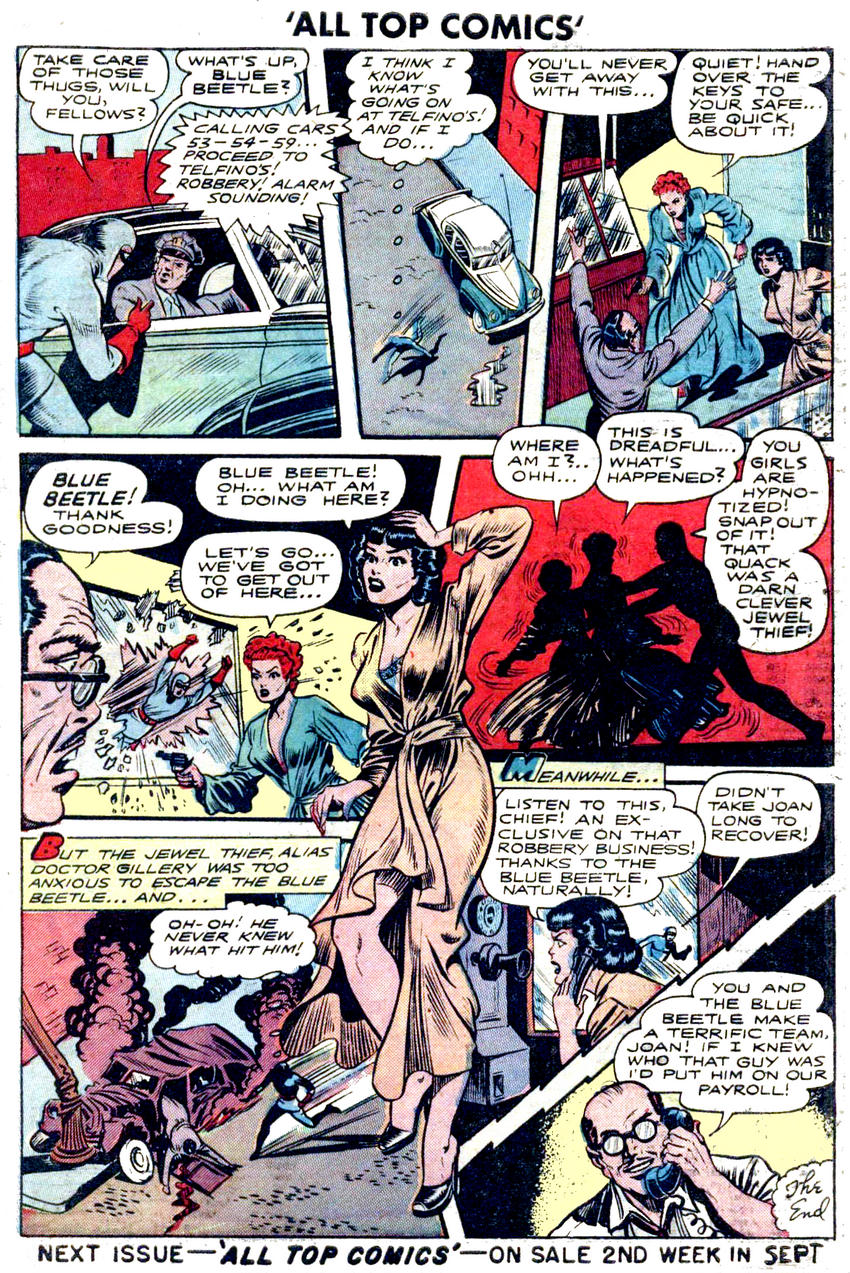 Really, they shouldn't have bothered with a plot, or with putting the Blue Bee'le into the thing. Just have a couple of dames dashing around the city, and occasionally jumping in or out of bed, separately and together! It's a sure-fire formula!

(And how did they miss the chance to make the hypnotist a wicked-but-beautiful woman?)

This story made no sense at all, but with Kamen's scantily clad women hogging up every page, who cares?