Number 1632: Albert the Alligator and people 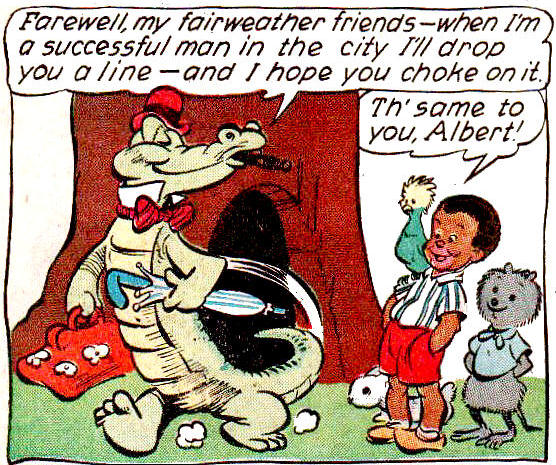 It seems jarring to see Walt Kelly’s universe of talking animals populated with people, interacting with Albert the Alligator, or Pogo, or any of the other Okeefenokee animal characters.

In this early story, published in Animal Comics #5 (1943), there are several humans who are overwhelmed by the sight of Albert the Alligator, who is ready to take a train to the big city. They are mostly clownish African-American caricatures,* but if it counts, there are a couple of drunk white hillbillies to add to the bizarre nature of the story. In the early Albert strips a young African-American boy, Bumbazine, was the primary focus, interacting with the animal characters. Humans were quickly dropped from the strip by Kelly. 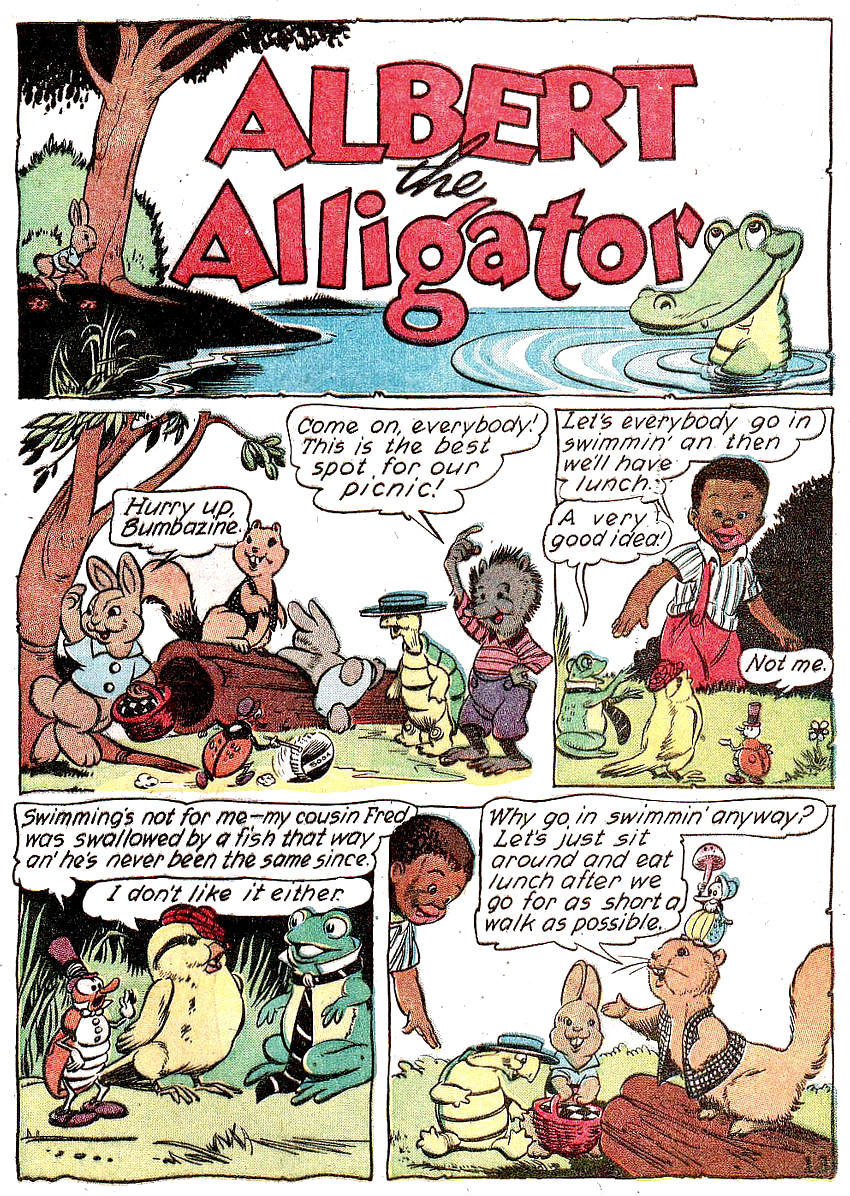 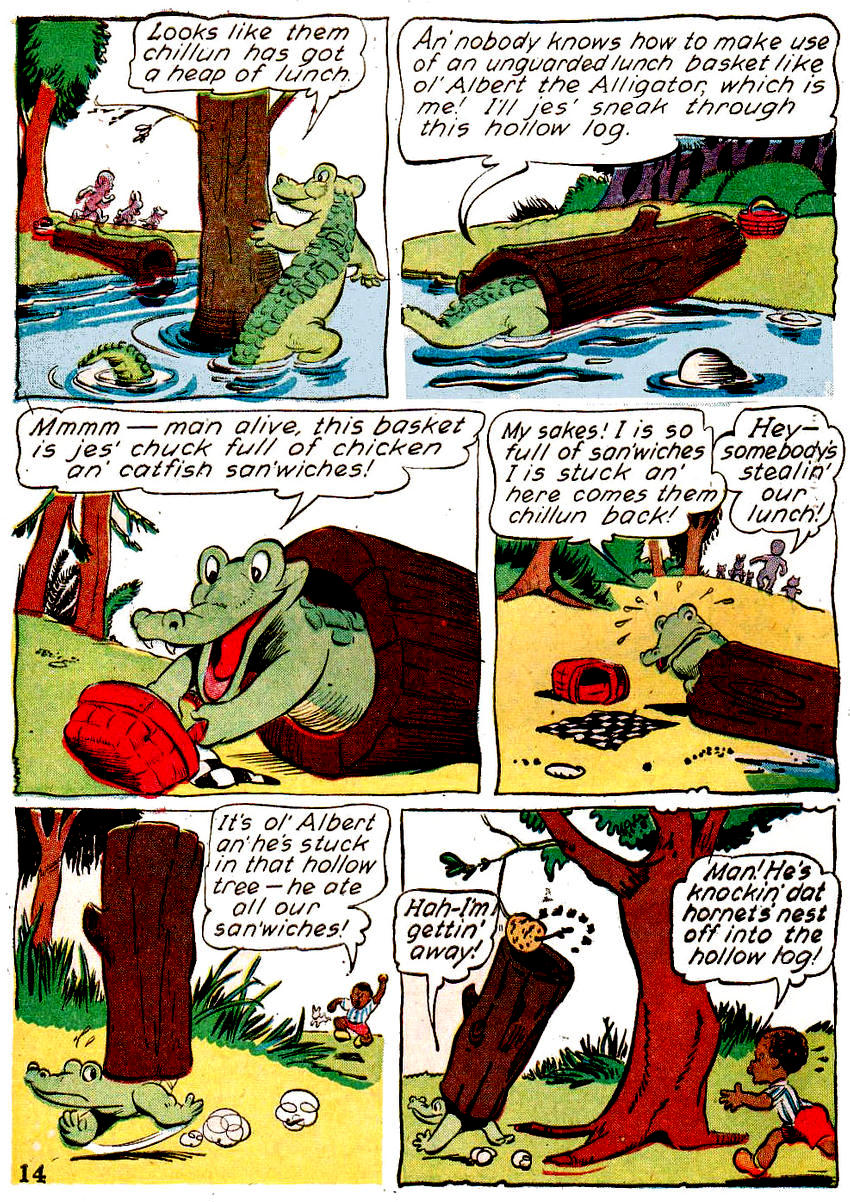 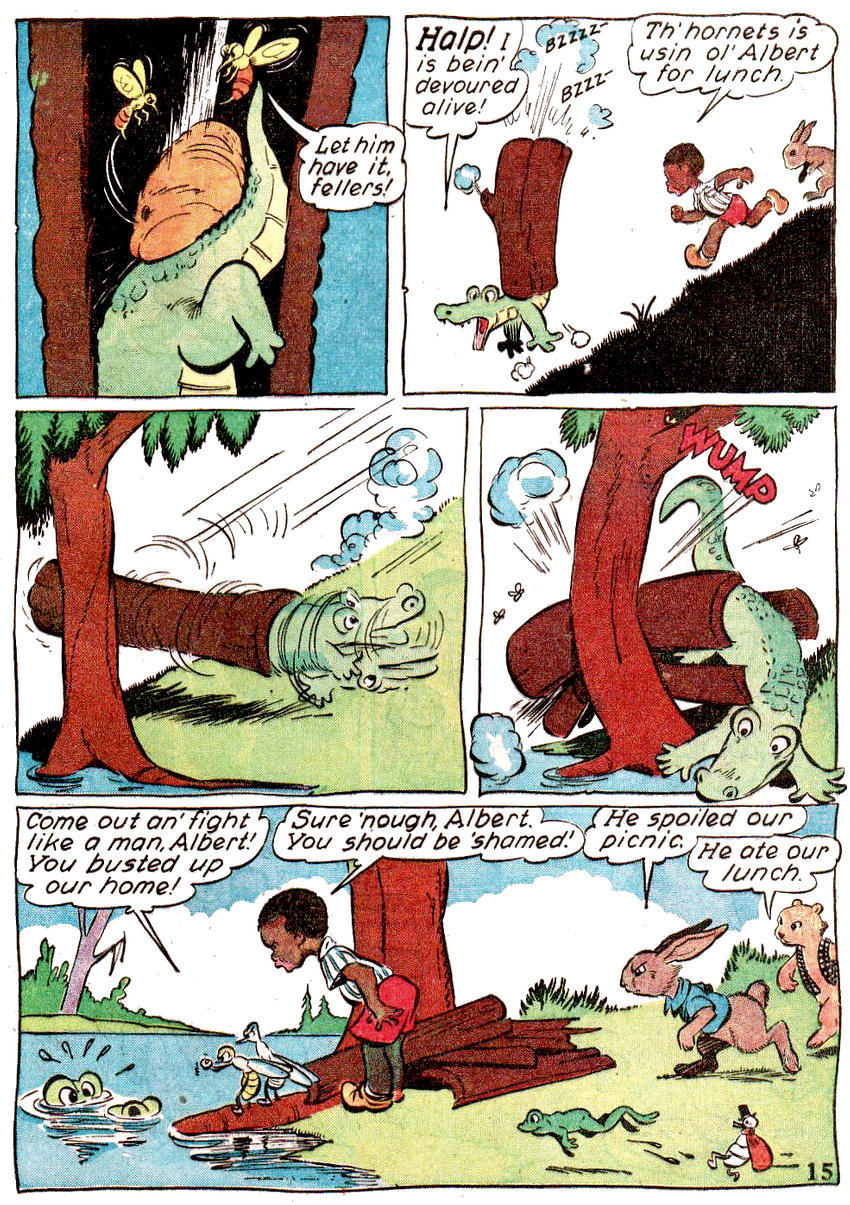 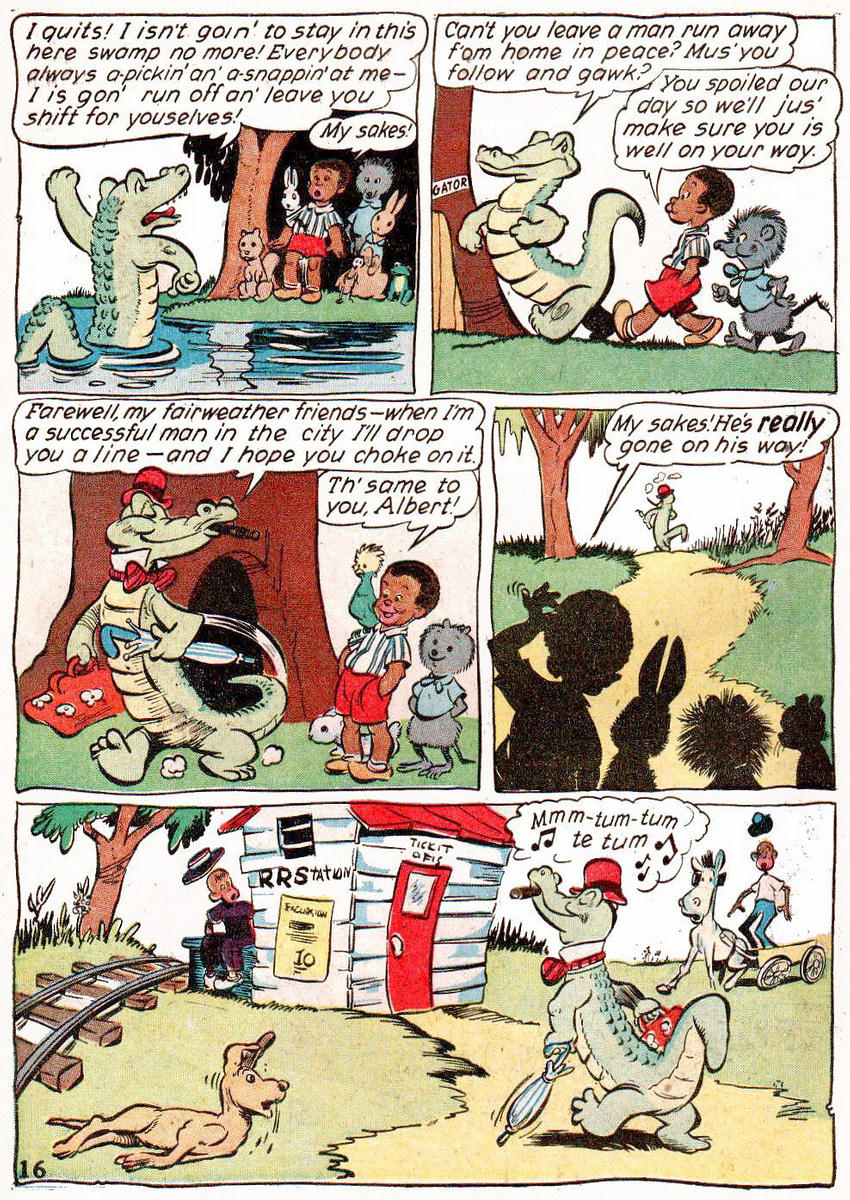 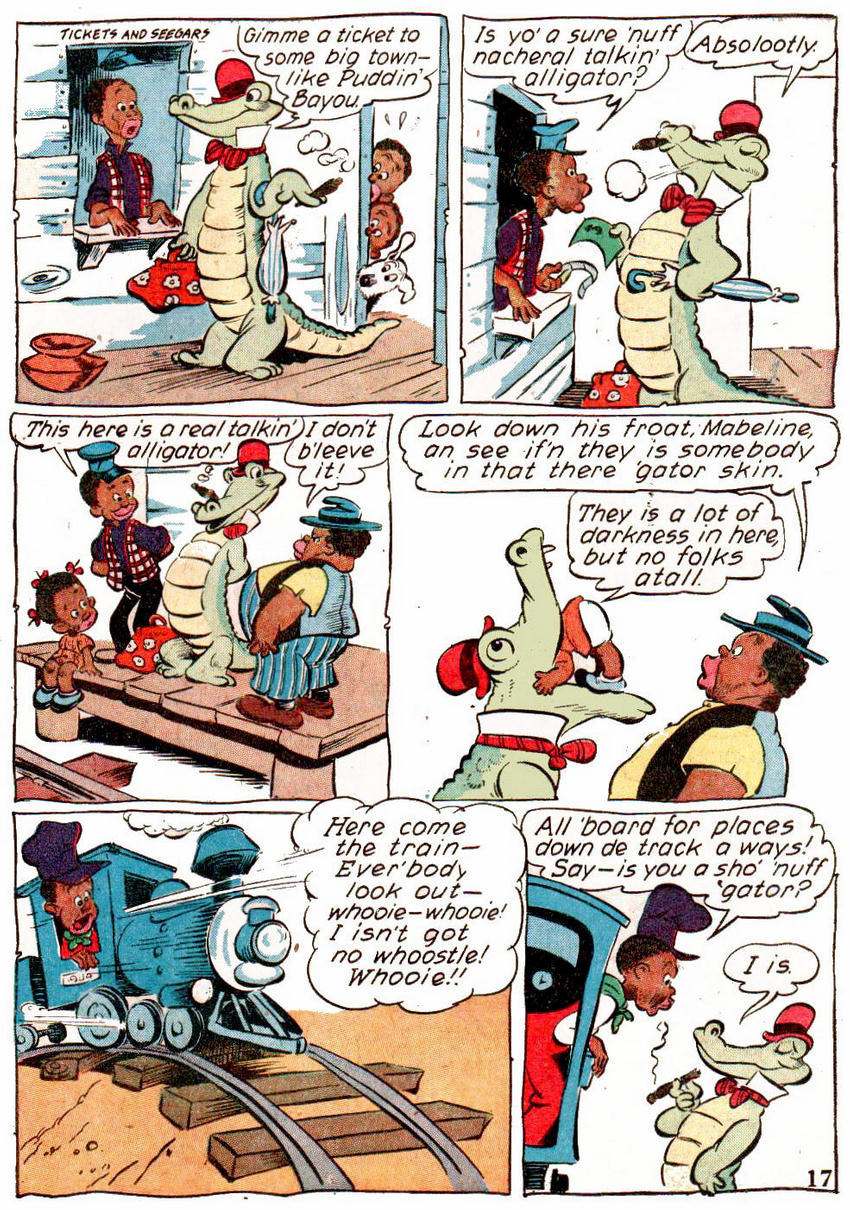 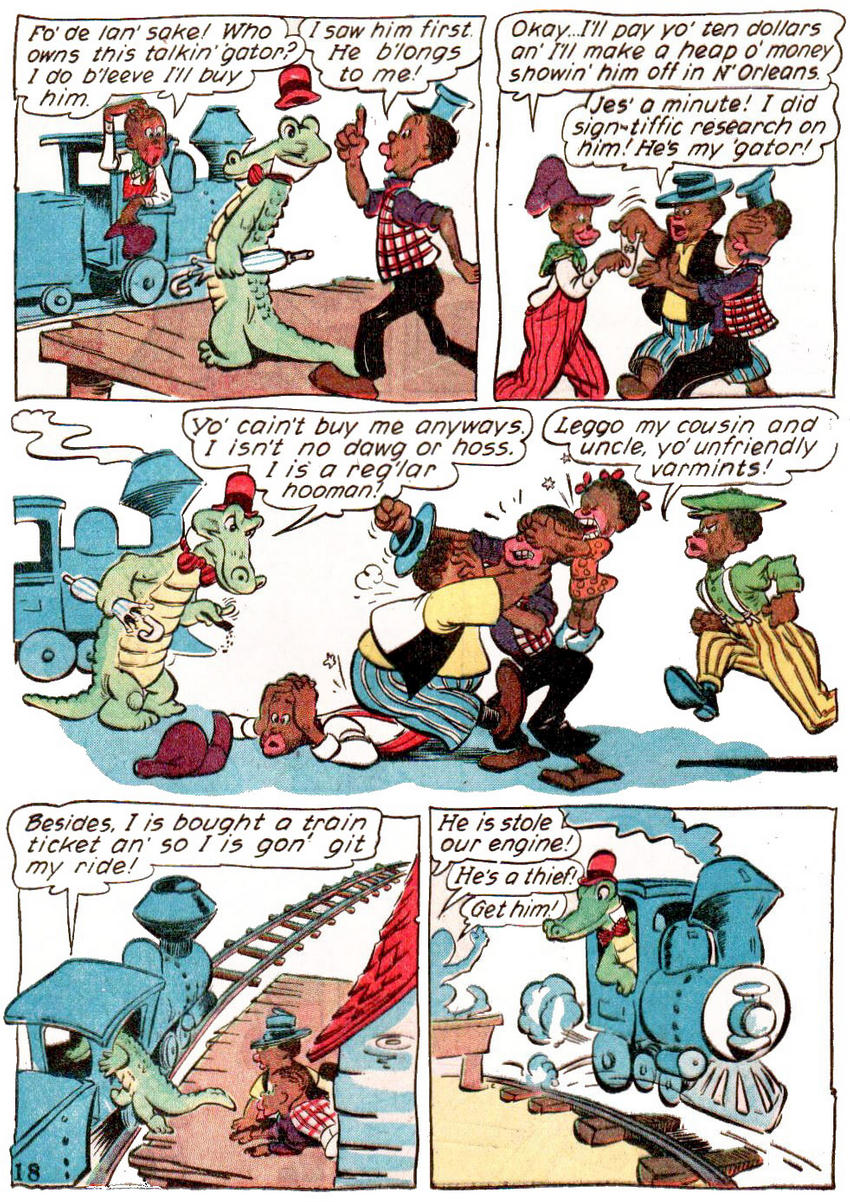 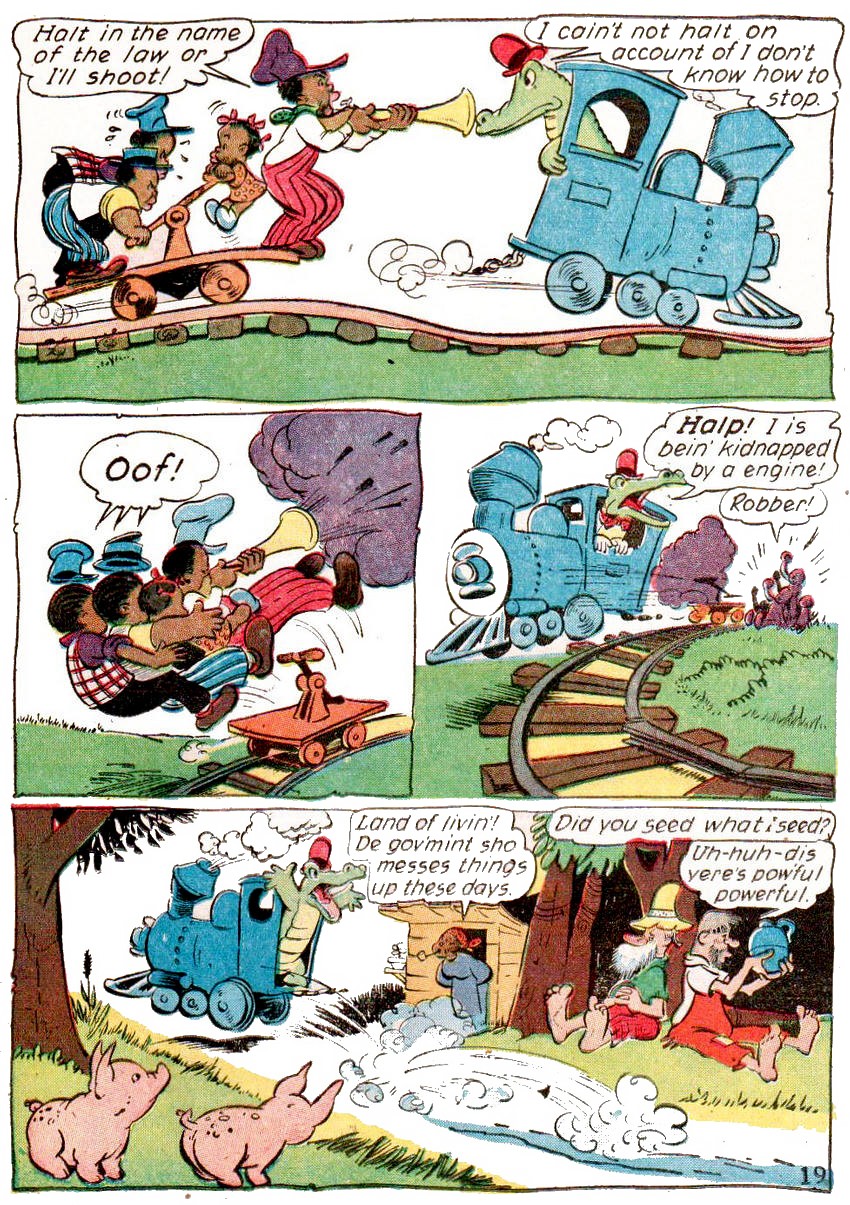 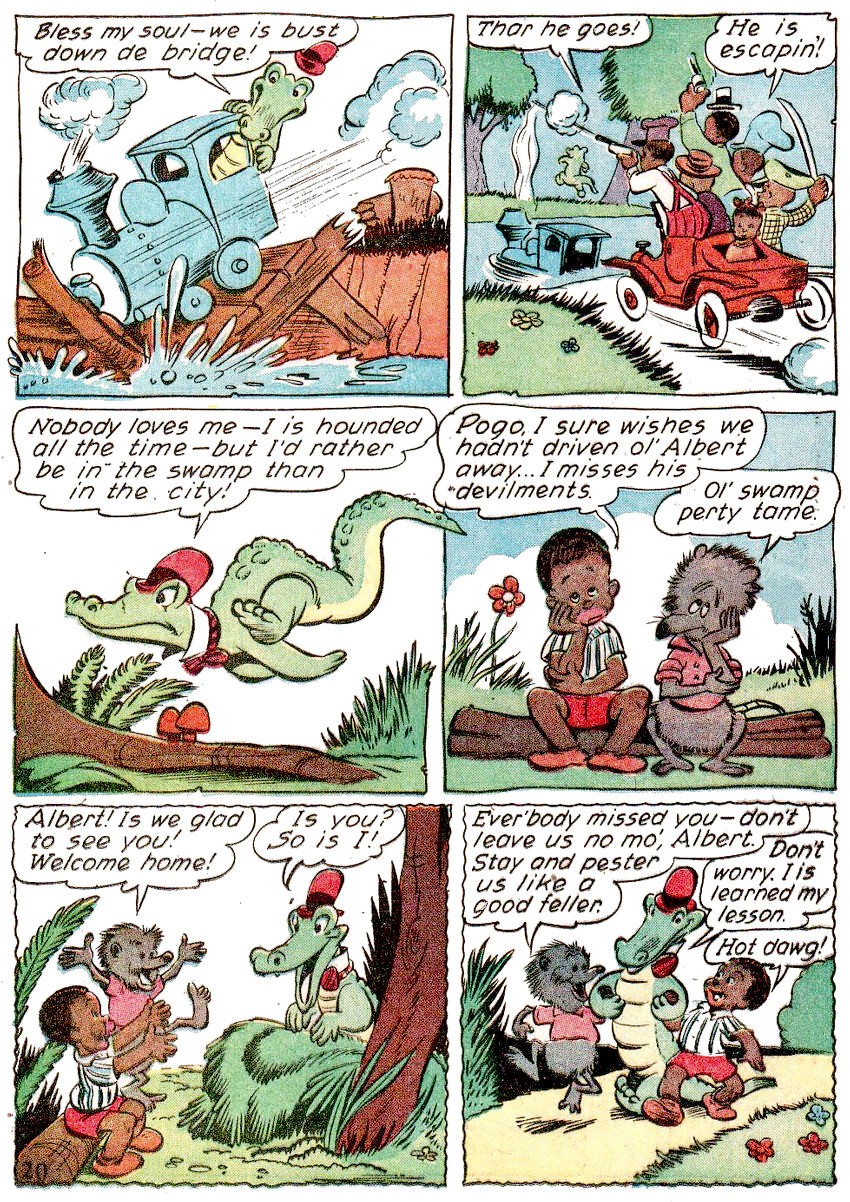 *I apologize if this offends anyone, but this story is 71-years-old and I can’t censor the past.

Definitely a very developmental strip from Kelly. His style of drawing Albert didn't change much, but a lot of it is seems experimental, at least in trying to see what works.

The caricatures are a bit painful, as noted. Kelly's normally wonderful hold on slapstick isn't as strong here, and the human characters just don't work as well as the more bendable and cartoonish animal figures, you can see why Kelly moved away from them.

Still, any Kelly, even with the racist crap, is still worth a look.

Kirk, meet Brian, who answers your curiosity with his own assessment, "a lot of it [the story] seems experimental, at least in trying to see what works."

My guess is it probably seemed like a good idea at the time he did it, but he may have quickly realized that the two worlds did not meet, and especially as the swamp critters further developed personalities. They became the "humans" of the strip, and further use of "real" human beings became superfluous.

It is fun to look at these developmental stages of Albert and Pogo, knowing what they would become at a point in the future. The basics were all there, but the details were being worked out.

Talking alligators were apparently a "thing" back in the day; Jack Kirby did a few features starring Lockjaw, a loquacious and good-natured 'gator who nevertheless made life hell for his elderly scientist-caretaker (...and any goombas what made funny of his intelligenceness, ya get me?).