Number 1626: I squid you not: the Green Hornet underwater 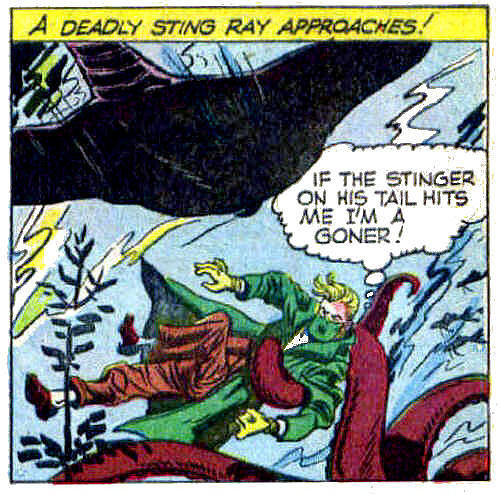 Number two of our theme week, Heroes in Green, presents a popular green guy, the Green Hornet. First popular as a radio program by the same folks who created The Lone Ranger, the Green Hornet spread his fame to comics, television and the movies.

Al Avison, another journeyman artist like Arthur Cazeneuve who drew Monday’s post, also worked in the Simon and Kirby gang. I believe Avison, like Cazeneuve, is a very underrated golden age artist. But there is at least one panel, page 12, panel 1, where either the word “octopus” was changed to “squid,” or maybe Avison didn't know the difference. What he drew in the panel is an octopus, not a squid. Here’s a giant squid: That complaint observation out of the way, here is the soggy story from Green Hornet #31 (1946): 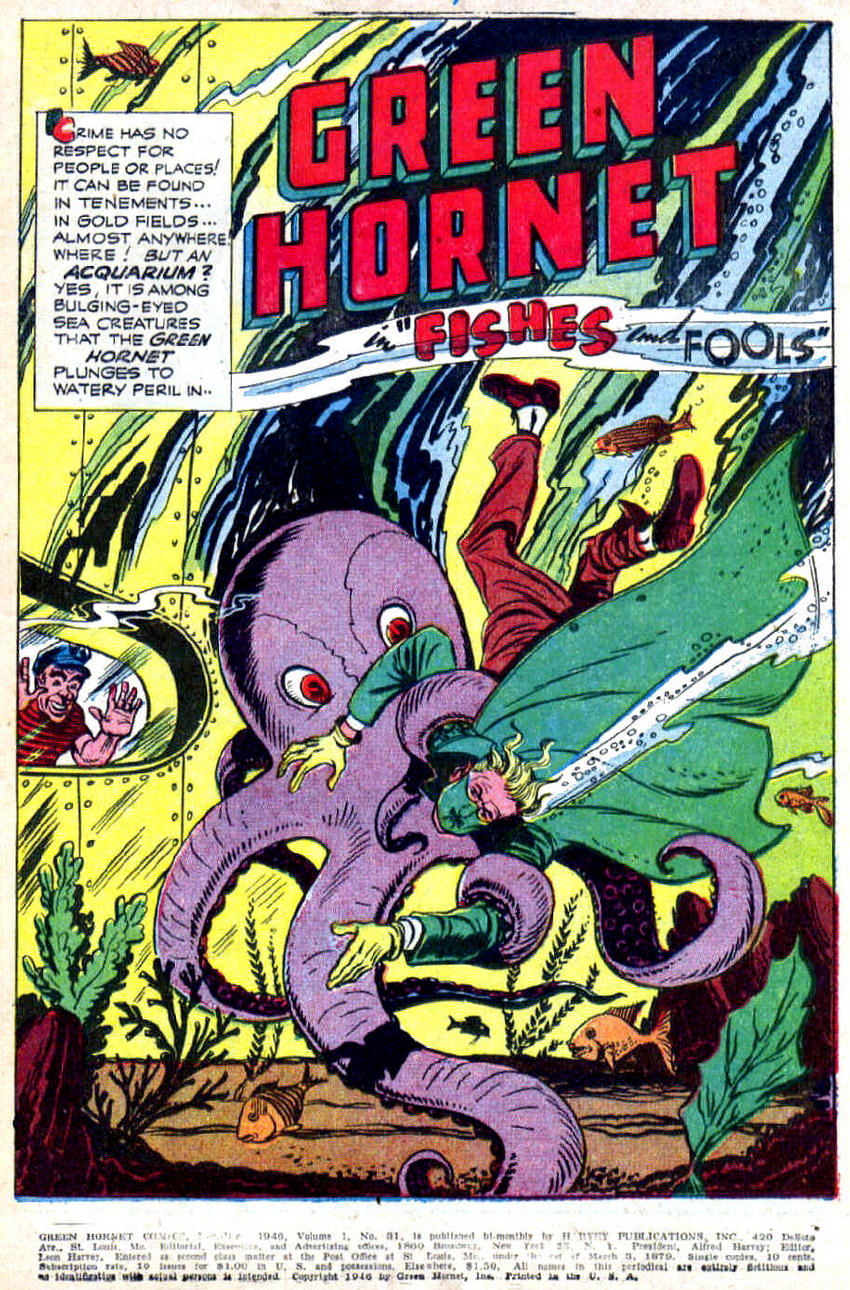 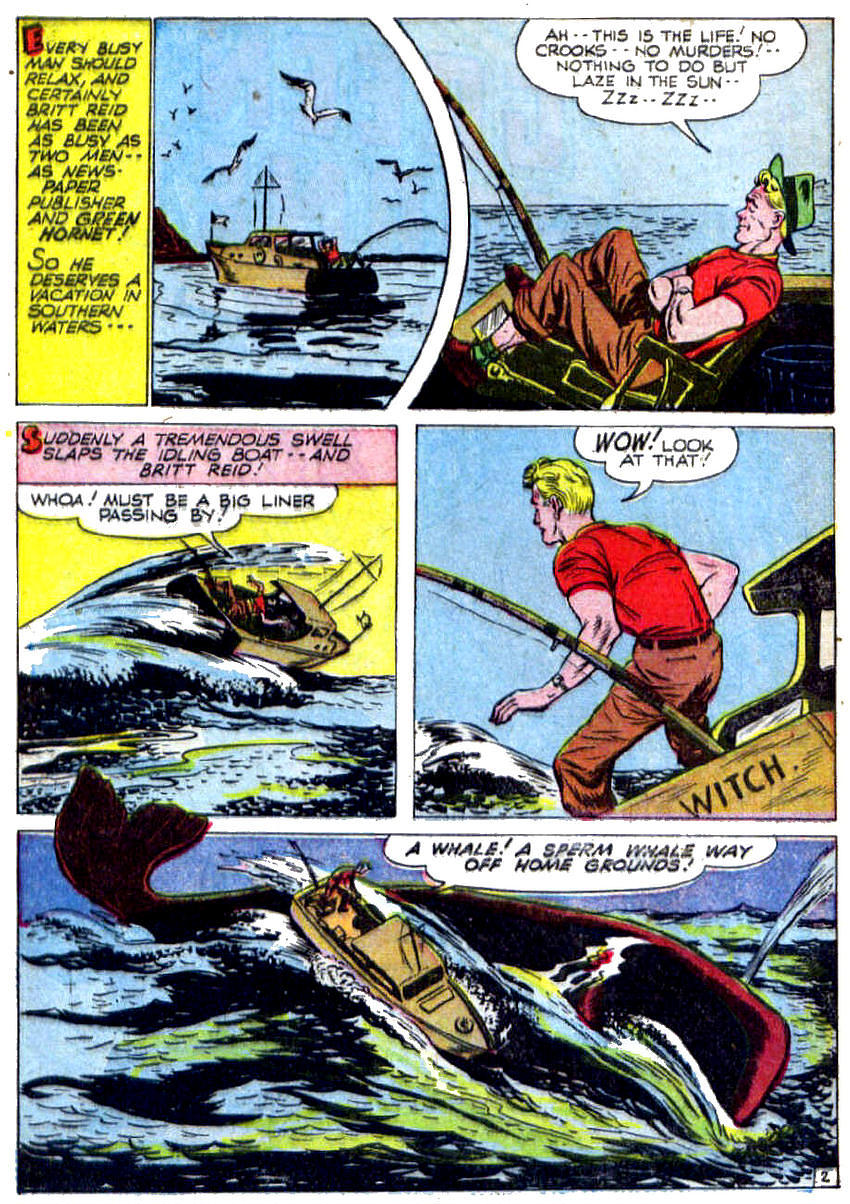 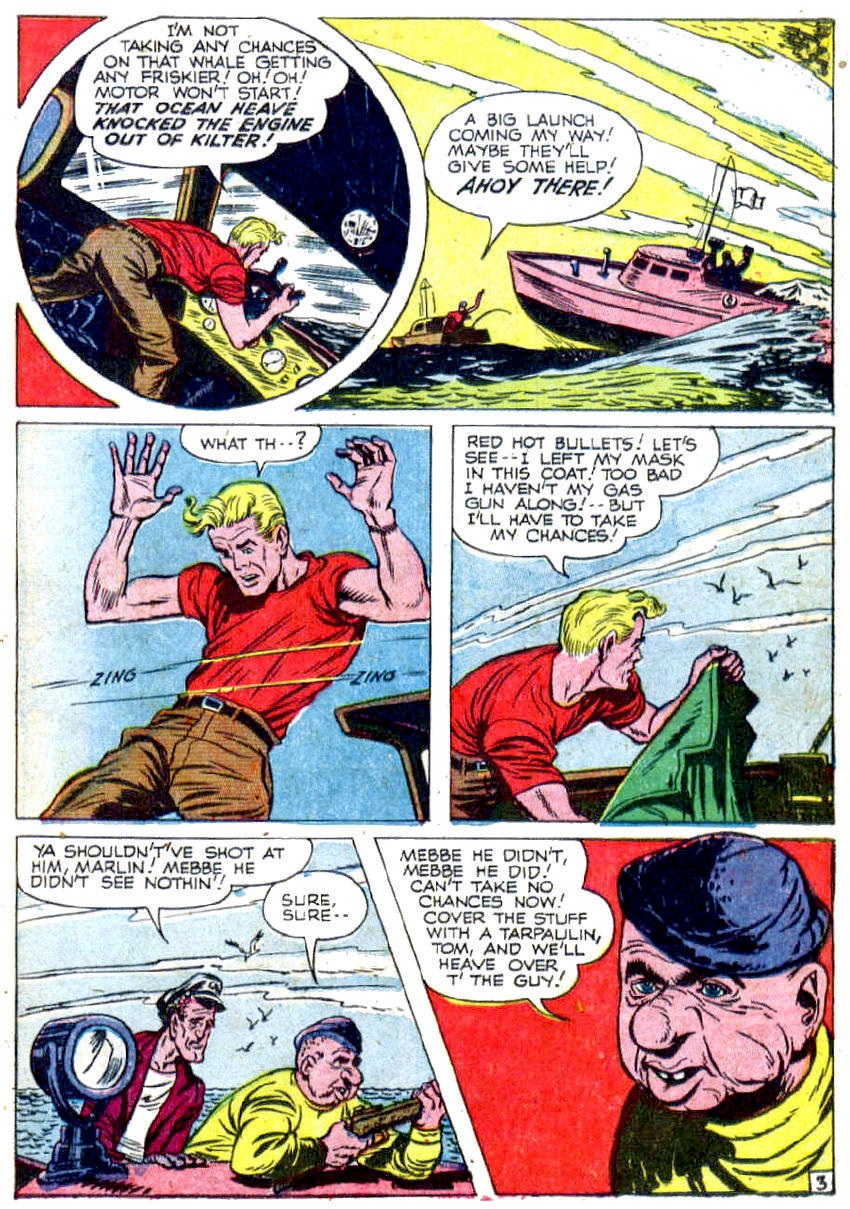 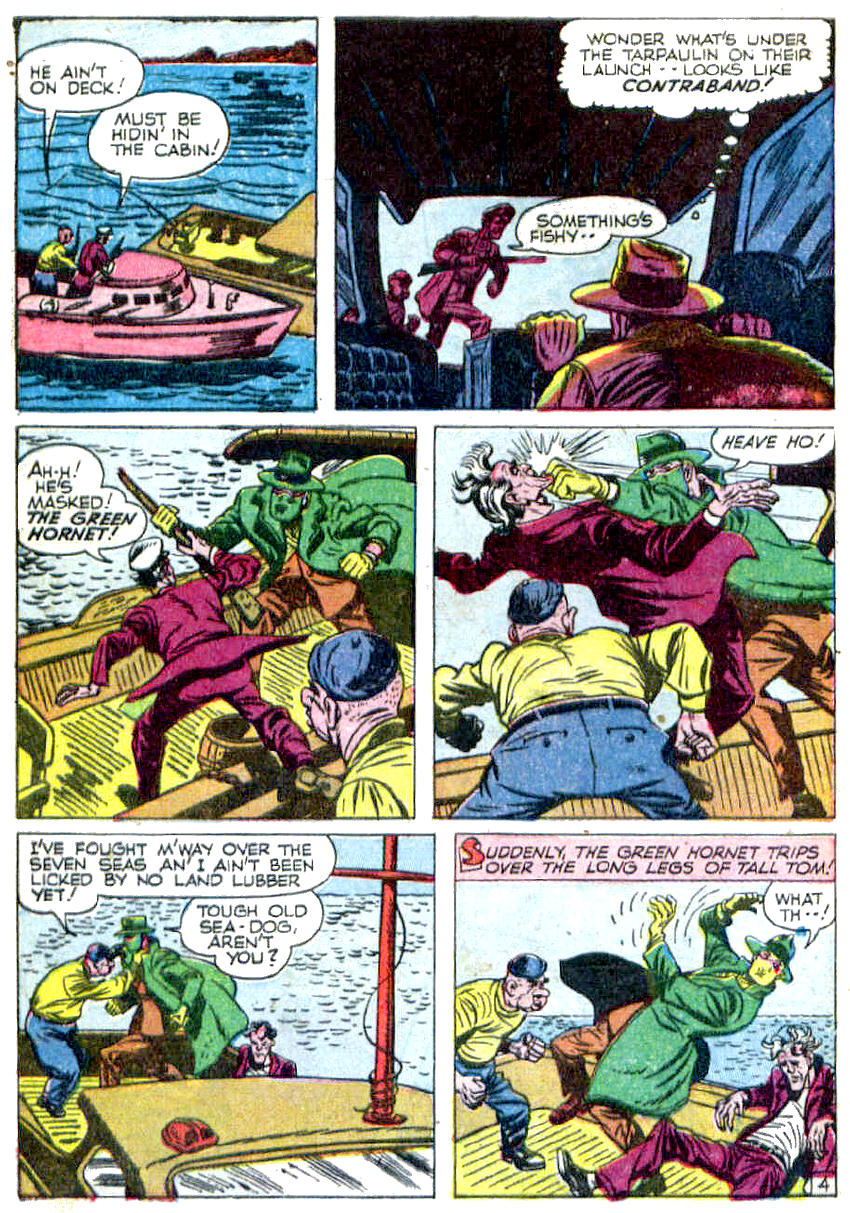 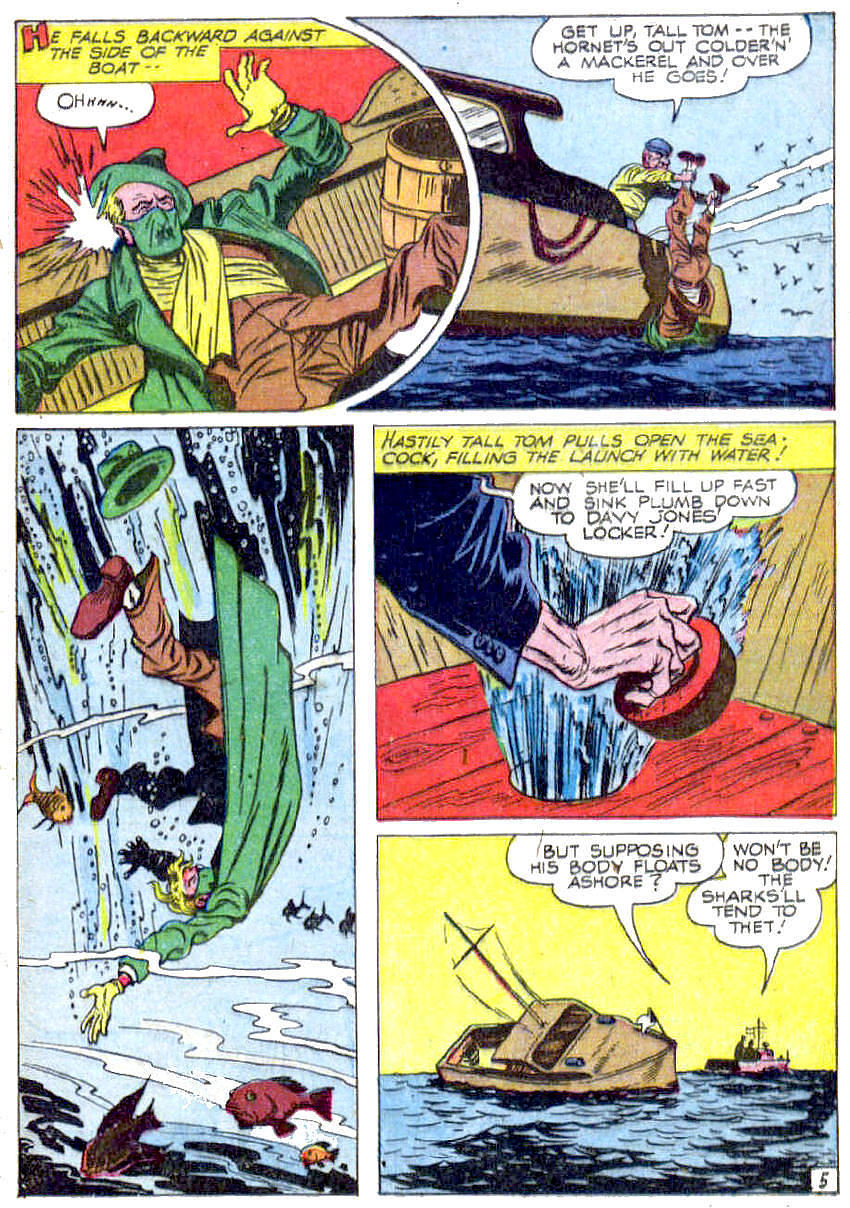 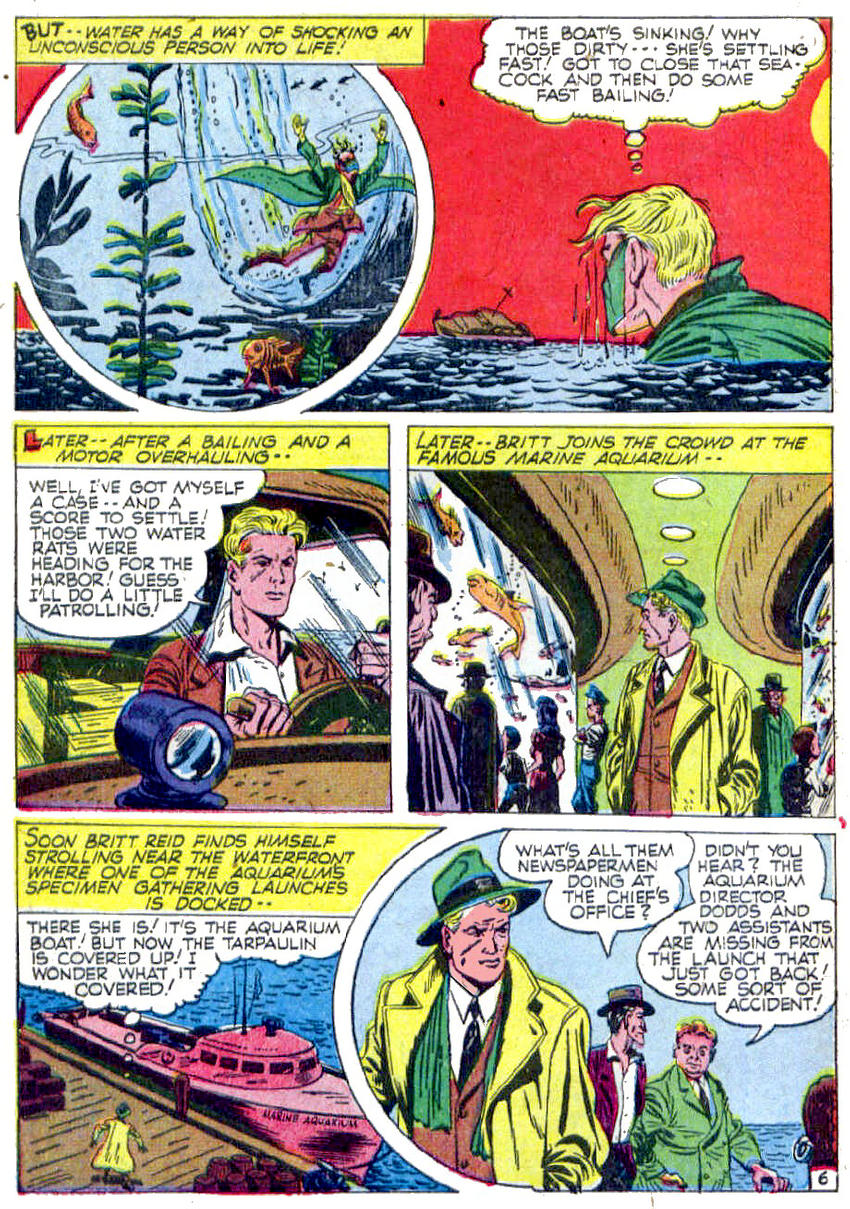 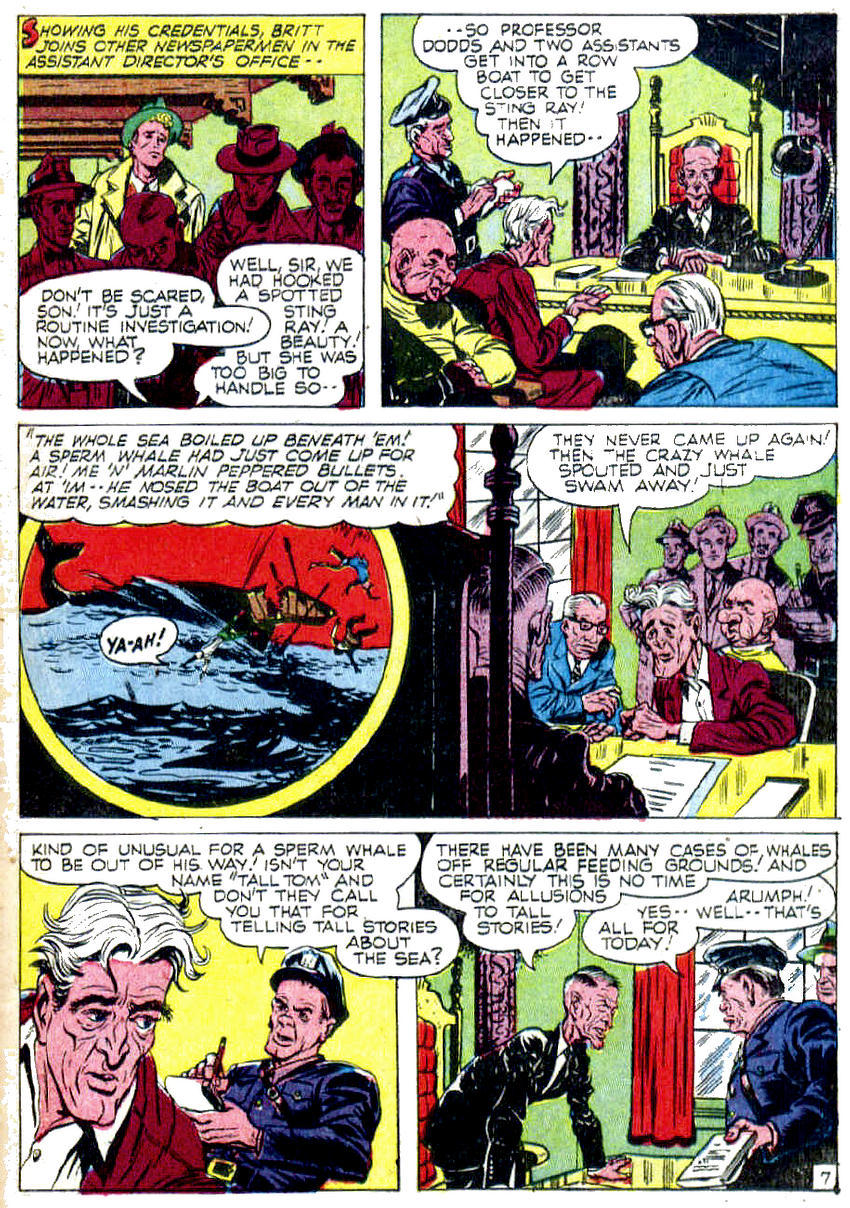 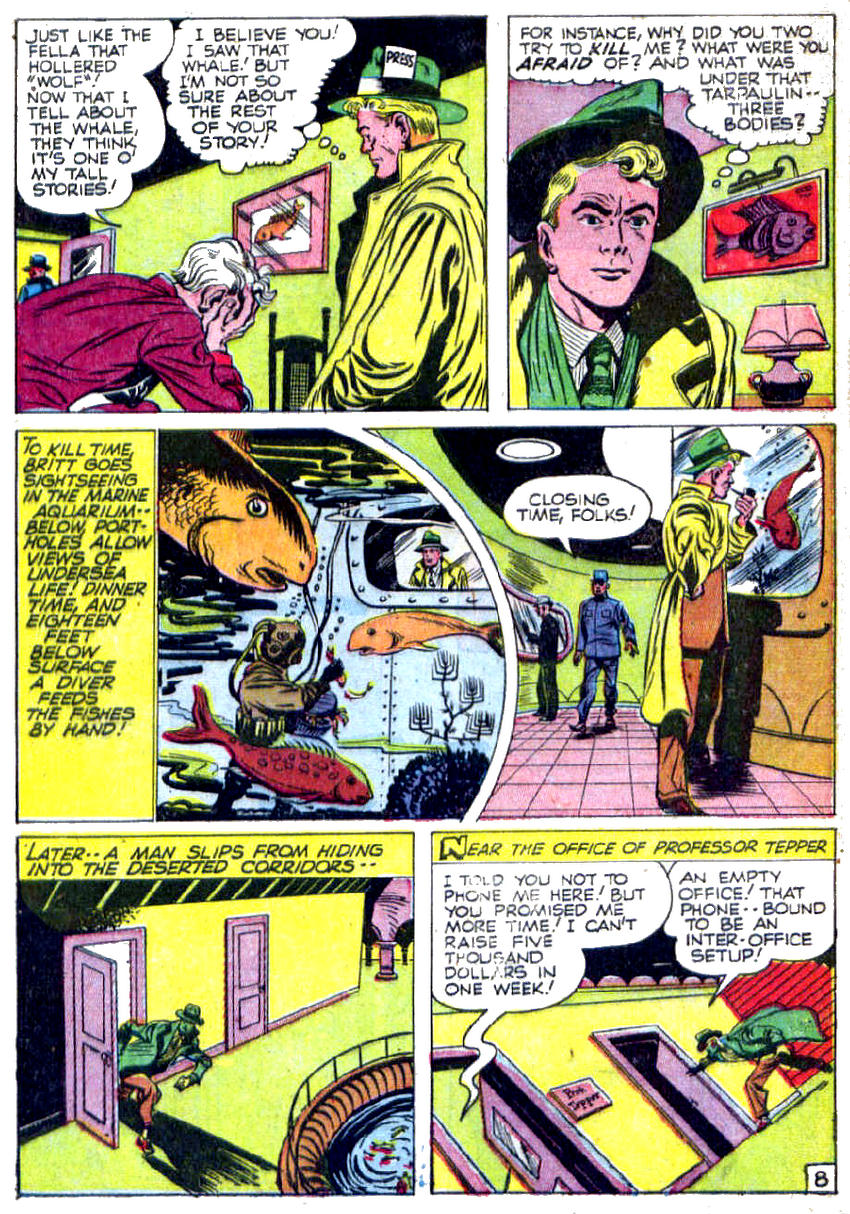 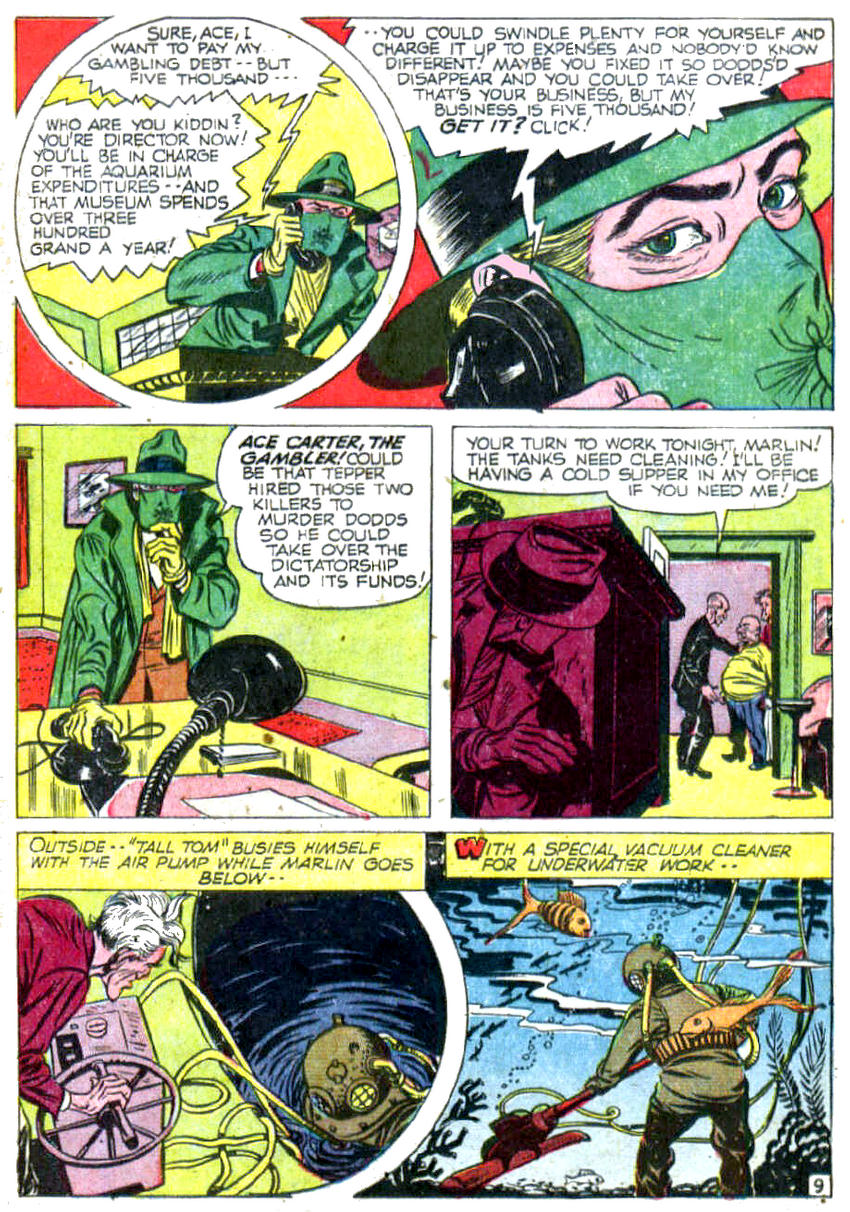 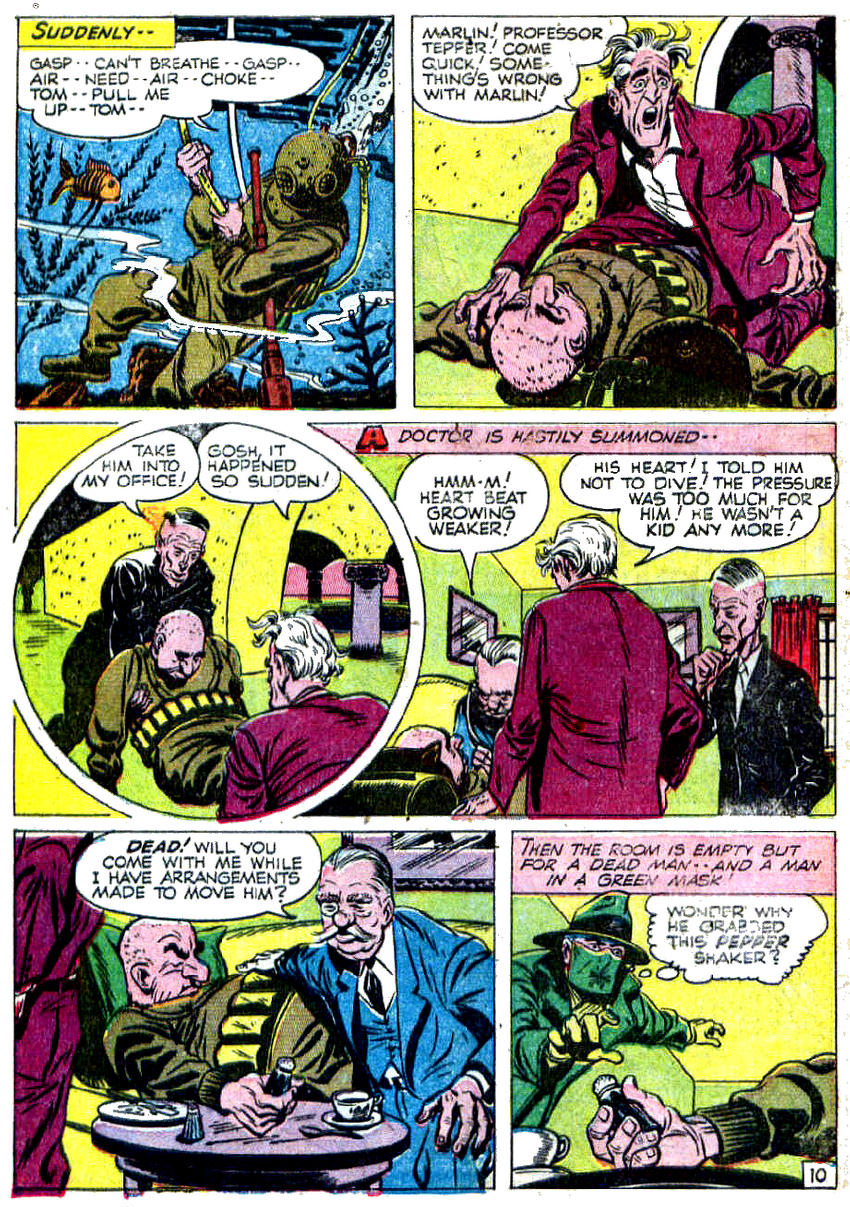 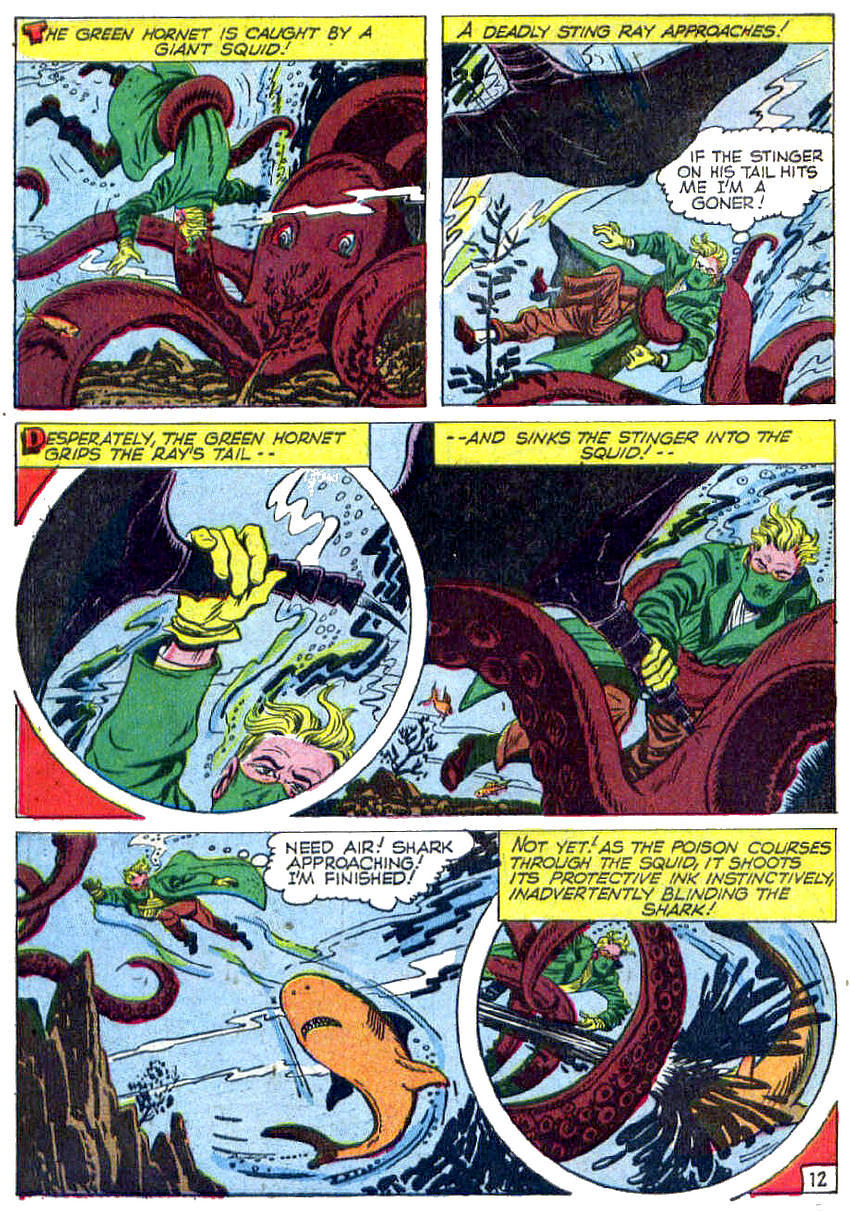 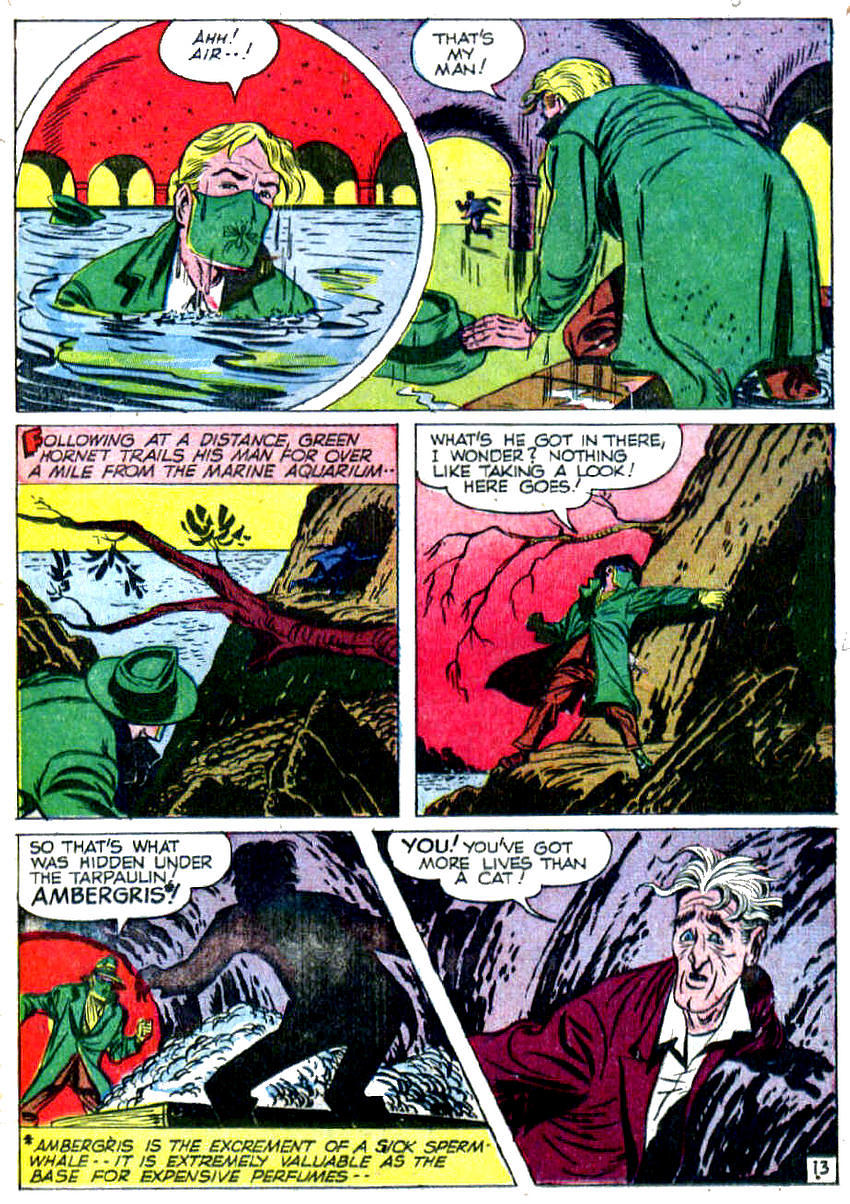 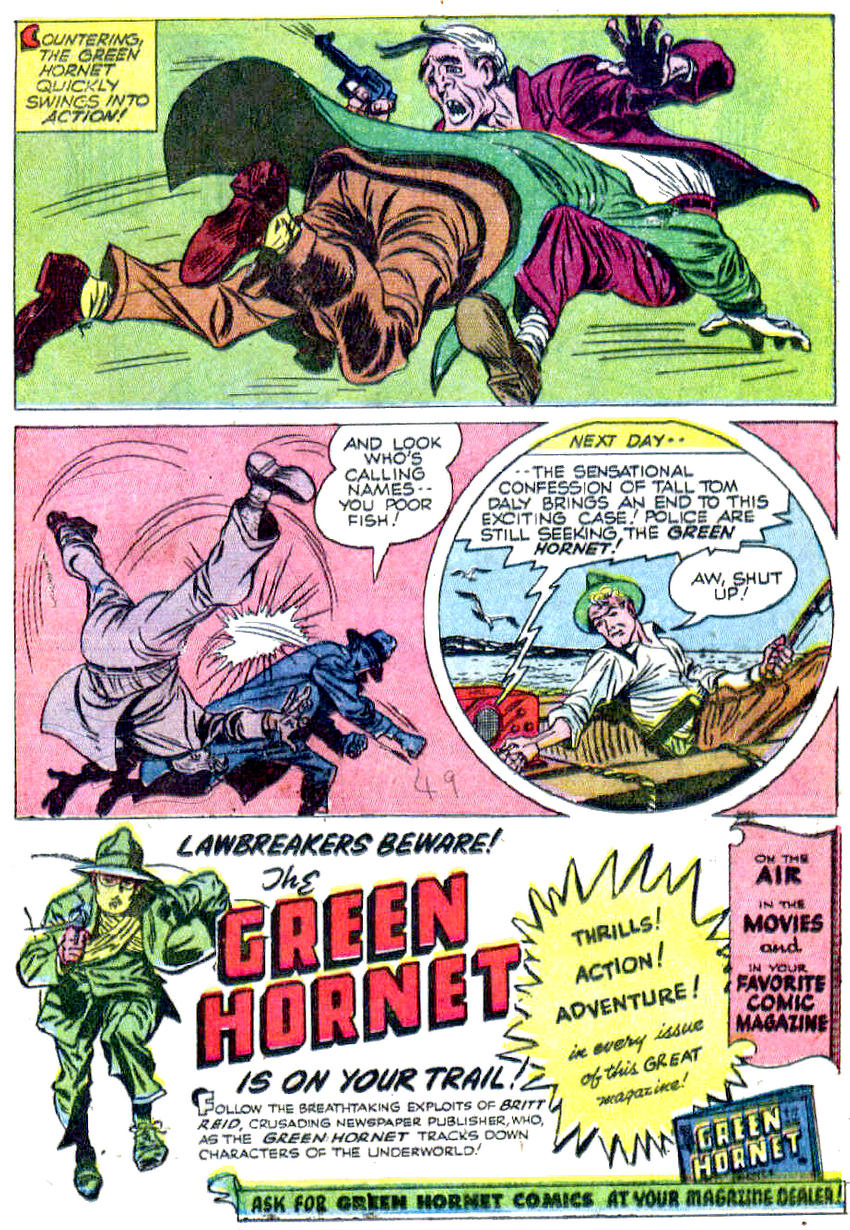 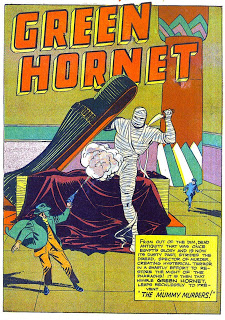 I like the third panel on p. 9. Great shot w/ the goose neck lamp & pensive Hornet, hand on 'phone. And who would have guessed that the aquarium was a "dictatorship"?