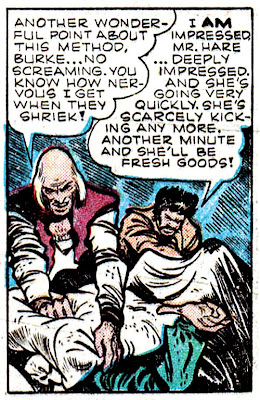 Warren Kremer (1921-2003) was one of the most talented artists in the history of comic books, but you’d hardly have known it. Over most of his career he drew the fantastic kid-friendly strips for Harvey Comics, including Casper, Spooky, Richie Rich, et al. He didn’t sign his work and until his name became known by fans he was kind of comics’ best kept secret. Early in his career Kremer was drawing more adult fare, crime comics, and later he delivered some terrific covers for the Harvey horror comics. With this story of the infamous duo of Burke and Hare for Ace Comics’ Crime Must Pay the Penalty #2 (1949), which he signed, he showed he could handle drawing dead bodies as well as friendly ghosts. 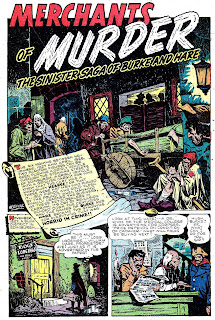 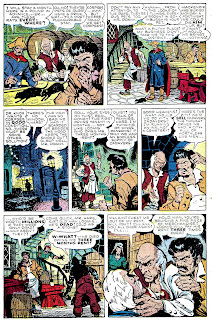 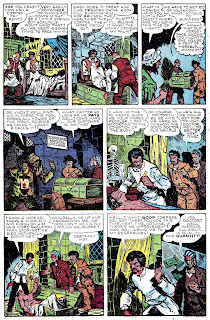 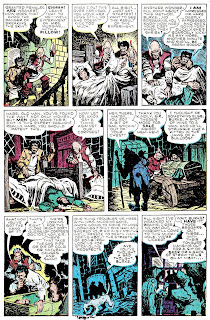 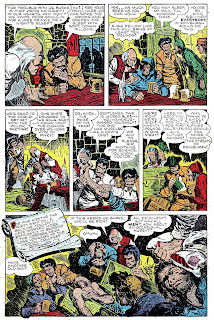 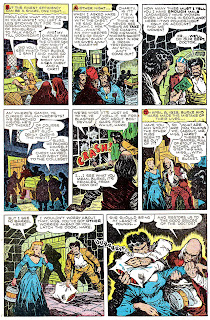 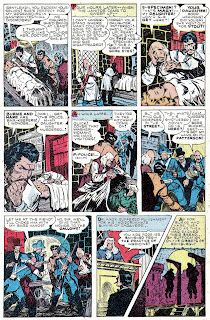 That is some dense artwork! I see bits of Ploog-like and bits of Kamen-like art in there (obviously before Ploog but a contemporary to Kamen.)

That's not at all to take away from this art, it's great, just a point of reference. It does go to show that talent isn't everything, there's a lot of right place/right time/right publisher involved.

I clicked on "Burke and Hare" on the bottom of your post, and compared it with the other comic story you had concerning the pair. I don't expect you to pick favorites, but I prefer Kremer's version, largely because he makes the dark, foreboding streets of early 19th century Edinburgh another character in the story.

Kirk, I'd forgotten about the other story by Jack Alderman. I don't get back into my real old stuff that much. Anyway, I believe there were several versions of the Burke and Hare story in crime comics. It would have been too lurid to pass up.