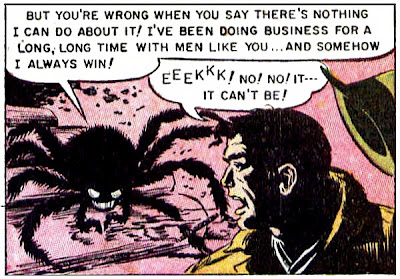 Halloween will be upon us in a couple of weeks, and in an attempt to get in the spirit of the occasion I have two stories from Ace Comics’ Web of Mystery, both by Lou Cameron.

By way of explanation, Weird Romance #1 was a one-shot with public domain reprints, published by Eclipse Comics in 1988. Weird Romance had two stories by Lou Cameron from Ace Comics’ Web of Mystery, both from 1954. “One Door From Disaster” from WOM #27, and “Lair of the Silken Doom” from #25.

I’m showing “One Door” in blackline from Weird Romance because I don’t have it in its original color form. In the Eclipse reprint letterer Kurt Hathaway replaced the Leroy lettering of the first printing with hand lettering. “Lair of the Silken Worm” I’m able to show from its four color printing. 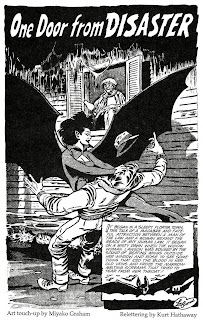 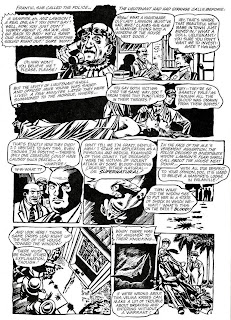 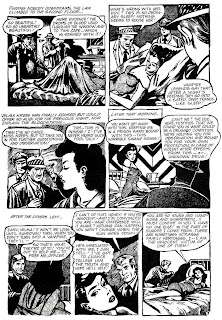 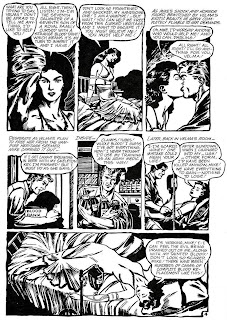 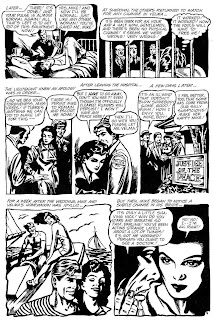 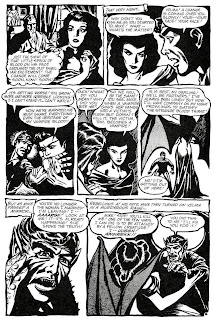 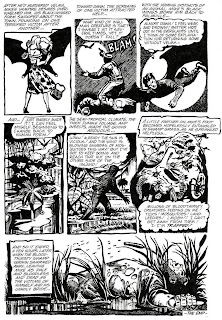 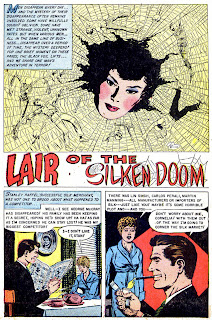 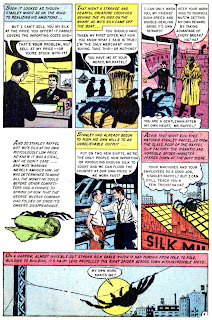 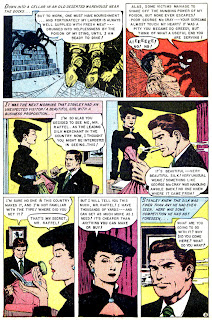 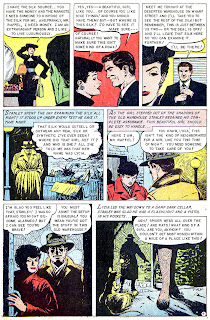 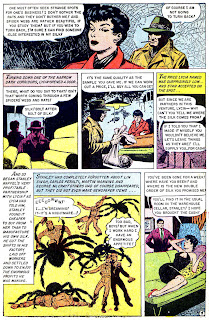 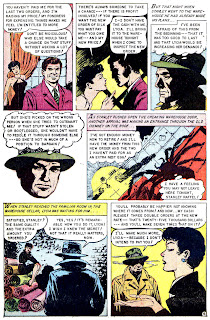 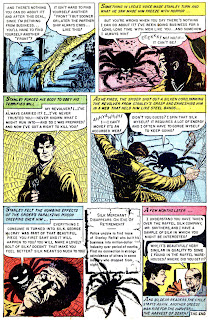 Another giant spider attack! I found this cover online, and don’t have a date for it, but I’ll bet whenever it was published it kept many a youngster awake and shivering at night after the lights went out. 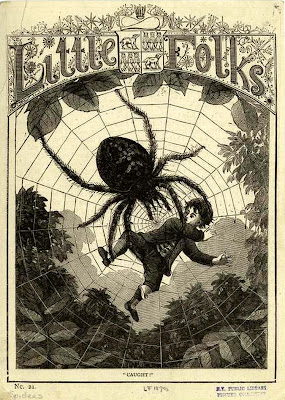 I wonder why the Leroy lettering were replaced in “One Door from Disaster”; it gave the original a bit more of an EC vibe, which I would presume would be taken as a good thing.

The nemesis in “Lair of the Silken Doom” would have been considerably more disturbing (to me at least) without the cartoony grin.

(I do note that it is very hard to find a realistic depiction of a spider's mouth. I queried an entomologist about that once, and basically got no more than an expression of sympathy.)

Said by somebody in the 50s: "Lou draws some good dames!"

Regarding the Lair of the Silken Doom, when reading stories where a beautiful and exotic woman turns into a hideous creature, I always think the same thing: Ah, I could deal. Turn into the spider when I'm not around, and we are all good!

One wonders why the forces of "decency" were so against these comics. These were the same people that were usually against any type of sex outside of procreation; you want young men to stop trying to get some from young women (if straight) in the 50s, then just make a lot more of these comics! That'll scare them right off!