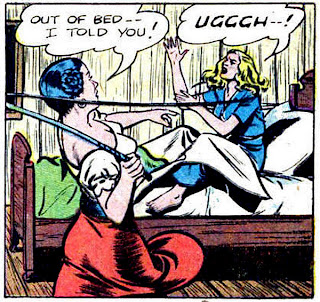 
Catfight in the jungle!


A couple of weeks ago I featured a crazy ACG two-parter drawn by Ogden Whitney, "Delinquent in Space." Today we are more down to earth with a Whitney story from 1948, "Undercover Girl," wherein our heroine, Starr Flagg, looks for the formula for a product to "rot steel." Undercover Girl (who is literally under the covers in the panel at the top of this page) meets up with—and girlfights—a sexy tough chick with a whip, and a large blue gorilla.

And I said this was down to earth? 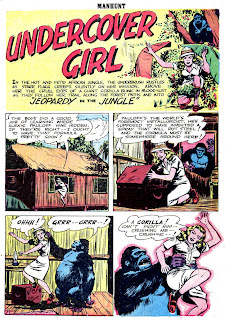 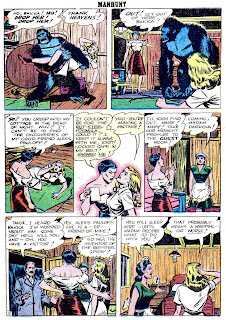 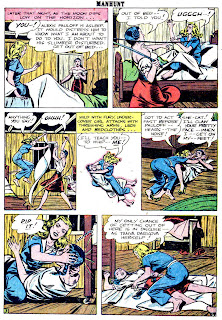 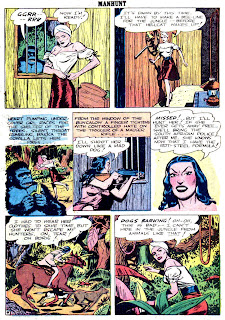 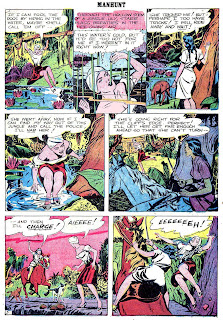 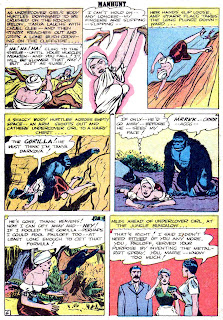 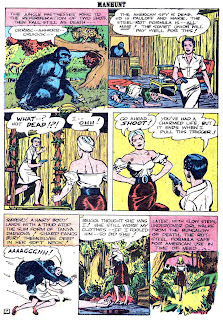 Gardner Fox was most likely the author of this tale, as he was the two-page text feature for the issue, which got the cover position. Among other fiction, Fox also wrote fantasy/sf pulp magazine stories for Planet Stories and Amazing, and paperback novels like Warrior of Llarn. Like other comic book writers Fox wanted a byline, wanted to be taken seriously as a wordsmith. I like Fox, and though this text piece isn't great, it's just fine in the medium for which it was written (after all, who read those text pages in comic books, anyway?) He got a byline, and not only that, a cover credit!

I also showed scans of an original Gardner Fox Hawkman script I got from DC editor Julius Schwartz in the 1960s. You can see that in Pappy's #1045. 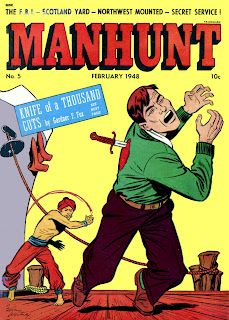 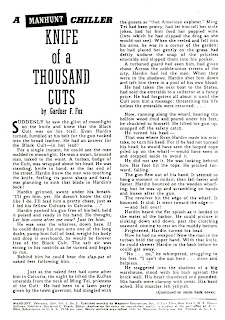 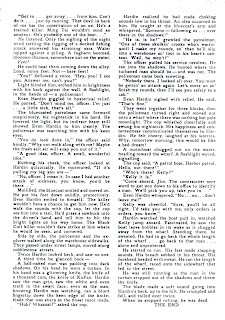 So our villain is some sort of Nazi Communist? There can't be many of those, so you have to appreciate the ability to have diametrically opposed viewpoints!

Gumba, you have definitely caught the essence of this story's greatness.