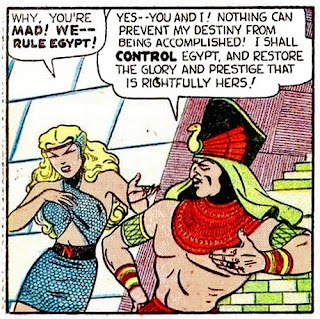 
For some reason, despite her exotic beauty (supplied by the one-and-only Bill Everett), Namora didn't last for long. Why is that? It had something to do with timing, probably. About the time Namora was coming in many of the male superheroes of the Timely/Marvel/Atlas comics line, including her cousin Namor, the Sub-Mariner, were going on hiatus. We have a few Namora stories to choose from, anyway, so I've chosen "Doom In the Desert" from Namora #2, 1948 to show.

It's a mummy story, and any good Pappy loves a good mummy. I'm including an adaptation of "The Mummy's Hand" from 1965's Monster World #2. That magazine was a companion to Warren's Famous Monsters Of Filmland, also edited by Forrest J. Ackerman. There's an ad in this issue for Creepy #1, and I bought both of them from the newsstand.

I think the movie version of The Mummy's Hand needs more mummy and less comedy, but I believe adapter Russ Jones caught the essence of the film in just seven comic book pages. The story is drawn by Jones, the first Creepy editor, along with EC regular and later DC horror comics editor, Joe Orlando. 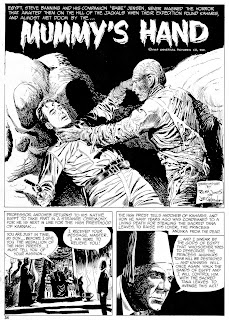 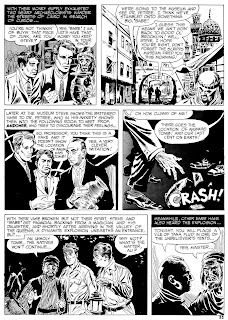 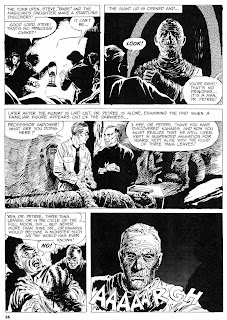 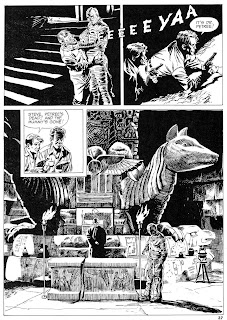 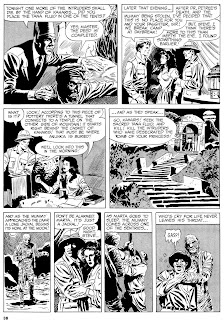 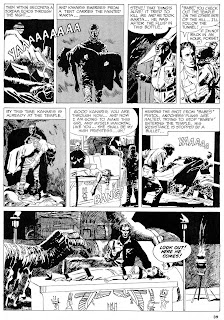 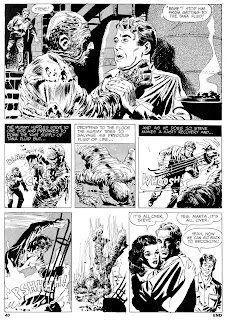 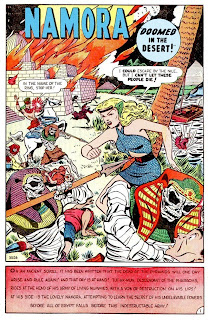 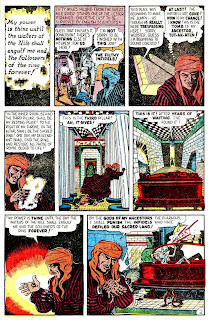 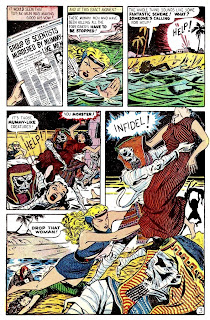 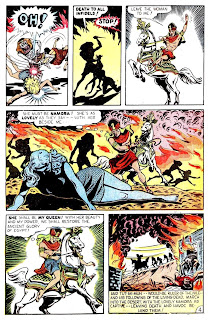 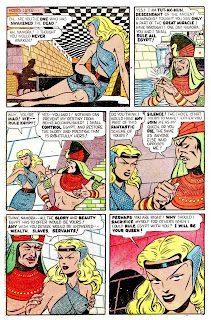 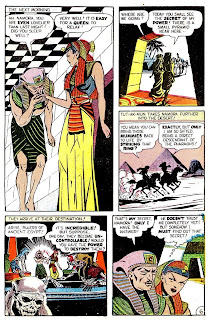 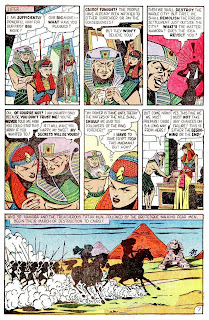 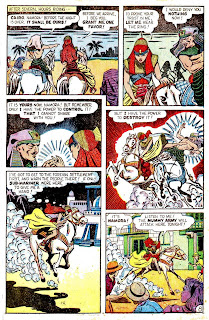 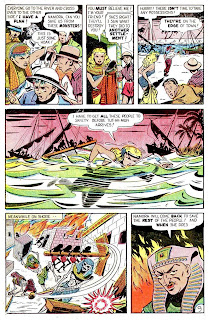 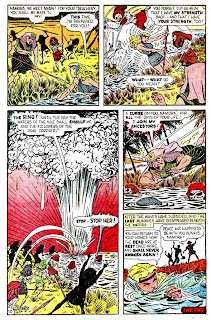 Namora is great. They should definitively relaunch her as a pulp character.

Everett artwork from those years was just too awesome for mere words, and this lovely Namora strip is tops with me. Oh, that other Mummy tale ain't too shabby either!

One thing you can never accuse Everett of is boring monster designs or boring lead characters. Considering how Namora behaved in some of the 50's Sub-Mariner, I wouldn't put it past her to have married the villain!

I actually enjoy it more than the actual Abbott & Costello mummy movie. It's probably my favorite mummy film along with Hammer's "Mummy's Shroud".

Great art by Jones/Orlando in that first one (seems more Orlando in places). Last panel, page 38, I think Warren re-drew later as a cover, in either Eerie or Creepy. I might be mistaken without checking my issues, but I'm sure I saw it again.

There was never a piece of art James Warren didn't think about re-using! :)

Is it just me or can those Everett Namora stories be easily substituted for Everett Venus stories?

Gumba, I agree that Warren never met a piece of art he wouldn't re-use, but I think he ran a budget operation. Someone once commented that his magazines were basically used to sell his Captain Company merchandise. I sent for several things from Captain Company, including back issues and remaindered Harvey 3-D comics, when I started buying Famous Monsters circa 1959-60.

I don't know if it was that I had outgrown them, or was tired of seeing stuff recycled, but at some point I quit buying Warren magazines. I wish I hadn't, but it seemed a reasonable decision at the time.

100Aliases, at least going into an Abbott and Costello movie you knew it was supposed to be a comedy. It's been years since I saw Mummy's Hand, but I remember there wasn't enough monster in it to satisfy me. The comedy was OK, but my impression was it seemed like padding.