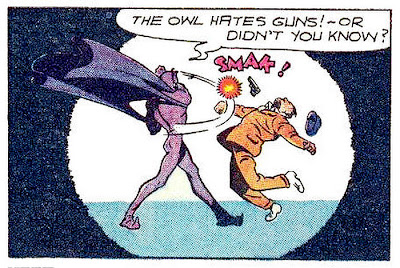 
I've written before of early comic book artist Frank Thomas. He did some features in early comics, including Chuck Hardy, Billy and Bonny Bee, the Eye, and the Owl. The Owl swooped into comics in Dell's Crackajack Funnies #25 in 1940, and flew off in Popular Comics #85 in 1943. The last issue of Crackajack was #43, in 1941, and the story I'm showing is from the penultimate issue, #42. 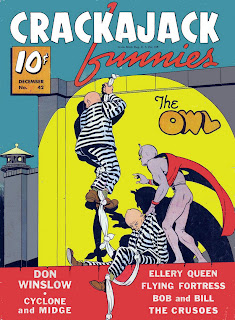 Frank Thomas' brother, Clint, contacted me some months back. I posted this episode of Chuck Hardy, with his comments on Frank in Pappy's #1016. 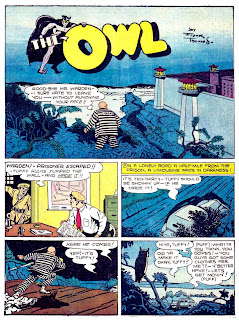 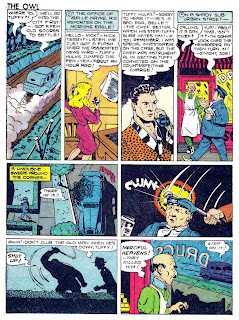 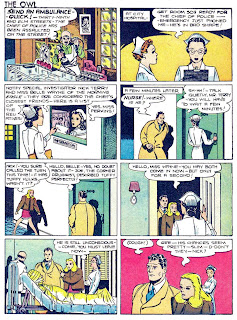 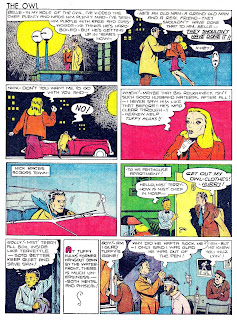 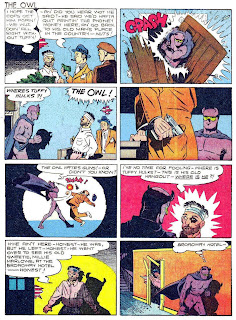 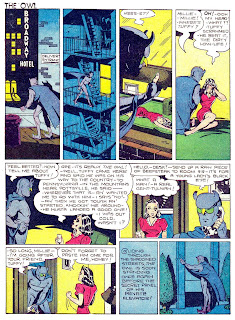 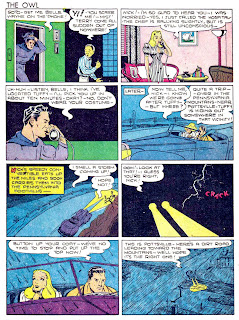 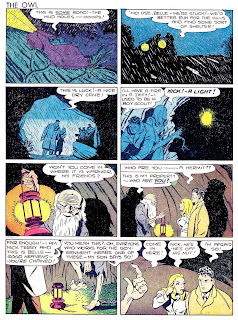 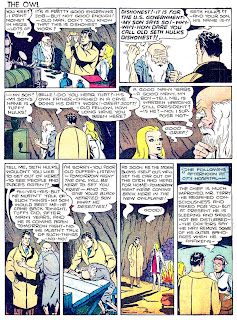 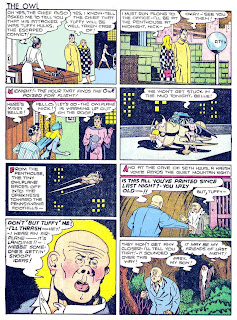 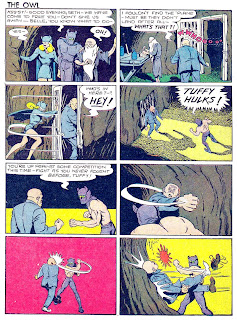 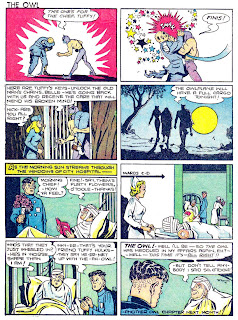 ...wow, Pap.
I'm both surprised and elated to see today's post. Before today I knew nothing of Frank Thomas (or the Owl), but I'm so glad you introduced me to his work!
I'm especially smitten with Thomas's non-action, in-between panels showing autos, fire escapes, trees and shadows, and of course the owl in the tree!

His style reminds me of C.C. Beck and, ironically, some of the 80's Catalan Communications reprint books of European artists who were imitating this era of American comics.

I went scurrying about checking out your other Thomas posts. I'm a fan of his work. Thank you so much. This Owl story is just tops!

There's an awful lot of "no consequence" women "roughing up" in this one! Yikes!

Frank Thomas has a unique drawing style. Even the word balloons are unique.

That was a real nice exemplar of the comic-book art of that period!

Hey, thanks for the comments, guys. Thomas became the ghost for the Ferdinand comic strip in his latter years, so his really fine comic book work is found in these rare old comics. I'll feature more in the future.