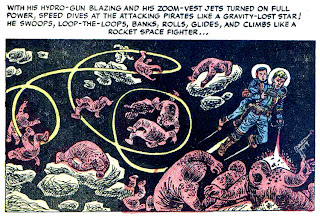 
Up to Speed with Joe Maneely


Since starting this blog I've featured Joe Maneely over a dozen times. I've shown his work on horror, satire, kiddie, Western, crime, international intrigue and even medieval, but I believe this is the first science fiction of his I've shown. Speed Carter was a character in the Tom Corbett, Space Cadet mold. There were several science fiction heroes in that era who belonged to space-military or space-police type organizations. 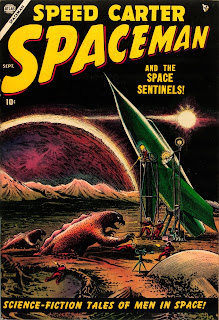 Speed didn't last a long time. Under its official title, Spaceman, the comic went six issues, and Joe left it after issue #3. His work is dynamic, as always. Like other publishers, Atlas had its star artists, and Maneely was one. What a tragedy that he died of an accident in 1958 at the young age of 32. 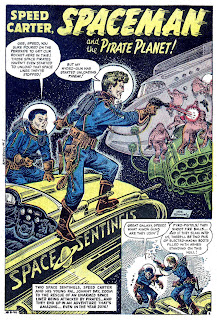 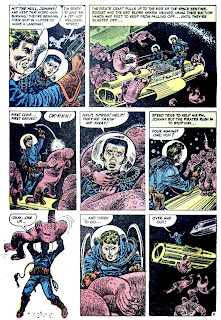 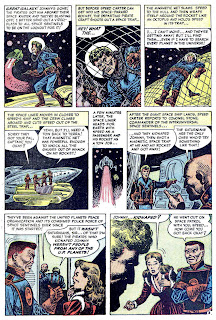 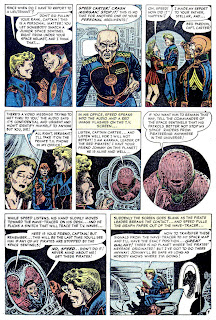 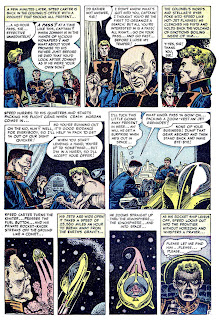 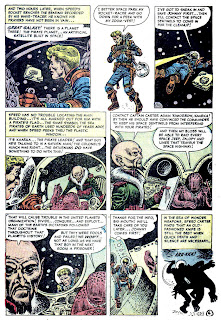 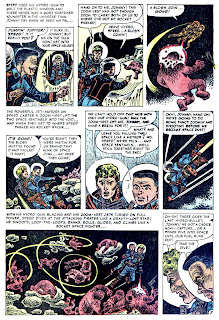 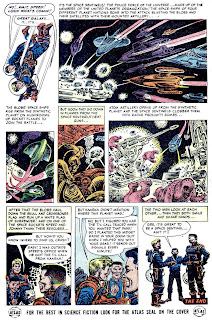 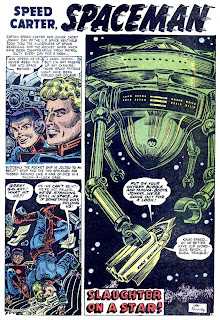 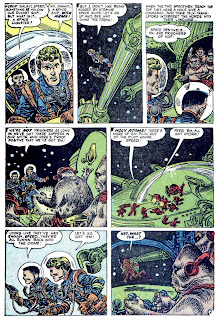 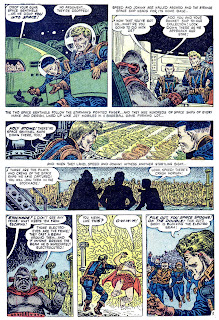 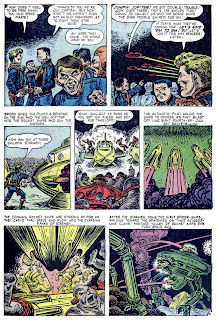 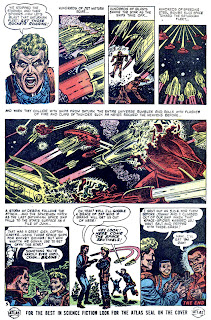 Had Maneely not died at such a young age, right at the dawn of the "Silver Age", he could have conceivably been drawing comics right into the 20th century, maybe even right up to 2012. He didn't, and the Silver Age, and whatever ages came after that, are poorer for it.

Kirk, I've speculated on how Maneely would have fared during the original Marvel craze. I thought of him contributing to the monster books instead of Don Heck, for instance...or drawing Iron Man. Speculation is free, and you can let your imagination go wild.

As it is, Joe Maneely's work is enclosed in a time capsule of the early to mid-1950s. There's nothing wrong with that, but when you consider how other artists of that era, Ditko, Romita, Buscema (the list goes on) made their marks in the modern market, it just becomes a natural question to ask how Maneely would have fit in.

Personally, I think he would have adapted and done very well.

Maneely was Terrific-Looking at the intricate and unique style - It is one of the great IF ONLYS of Comics. The look of the technology, And the characters he drew I wonder what titles he would have been given....?