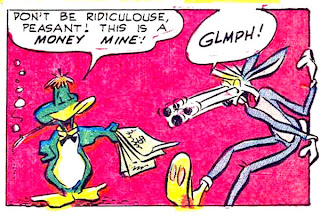 
Irving Spector, like many other funny animal and humor artists of the 1940s and '50s, had a background in animation. His artwork is free and loose, and looks like it was a lot of fun to draw.

Spector did four issues of Lucky Duck for Standard. In the way of that publisher the first issue was issued as number five (to fool retailers into thinking the comic book had a track record). I found this issue at a local antiques mall...lucky me. I love stumbling on comic books as fun as this.

I like the bold, free inking, which to me is reminiscent of Walt Kelly, and there are other elements of comic art history in Lucky Duck, too. There are shades of Krazy Kat, and in the best tradition of animated shorts, the characters, both of them tricksters, are given to bashing each other with wooden mallets in displays of animation mayhem.

Spector's son, Paul, has a blog devoted to his father's work: irvspector.blogspot.com, with examples of original art, like Spector's newspaper comic strip, Coogy. There are reproductions of correspondence and other ephemera Spector left after his death. It's a goldmine of information on a working cartoonist of that incredible era, and if you're like me, you'll find the background information as fascinating as the work he produced. 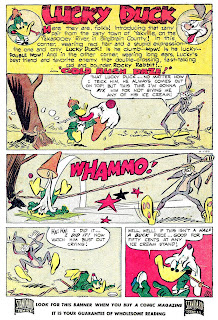 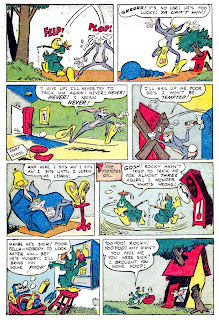 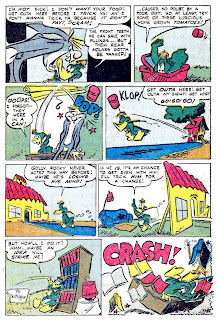 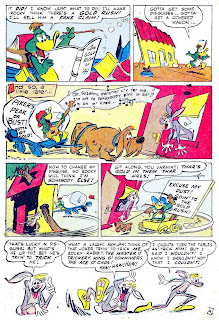 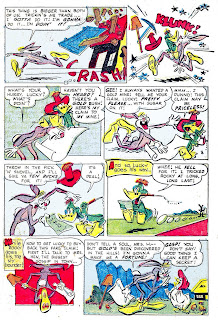 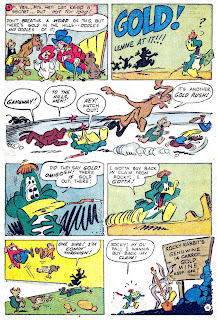 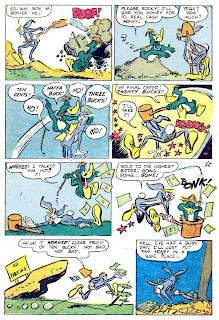 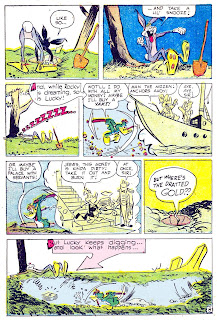 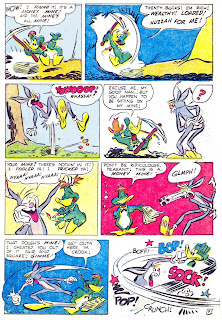 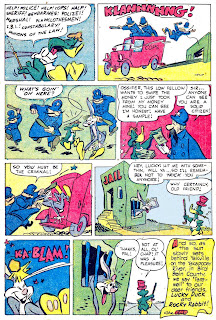 Kirk, I hope that means you like it, because I like it. I've got the rest of the comic book to scan and show someday.

Our thoughts ran along the same lines, since I have a couple of Spector fillers on my blog (and a couple more waiting). Fans should also search out the two issues of Spenser Spook and the terrific Muggy-Doo he did for ACG. Paul Spector has about half of the originals (having lost one box while moving) of Coogie and shows a lot from thise. I have shown a lot of the Coogies in color. Check 'm out and for heaven's sake let someone do a book!

Thanks, Ger...I should have mentioned you in my posting...my mistake.

Here's a link to Ger's wonderful blog, The Fabulous Fifties.

Ah, but where did you get the scans. Are they your own again? If so, please show us the rst of the book sometime!

Ger, the scans are from my personal copy of the comic, and yes, I will be working more into my blog.

Hey Pappy -- Just saw this (been offline for quite a while).

I have some scans if you ever need them in the future. Anyway, thanks for posting this.