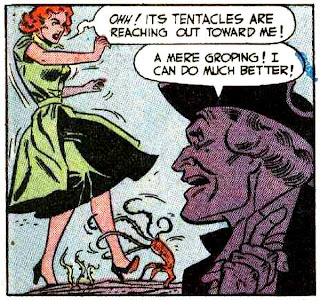 
Heroes out of time


Consider this to be another story anti-comic book crusader Dr. Fredric Wertham might have trouble with, if he ever saw it. As I showed you in Pappy's #1039. Dr. Wertham was unduly exercised over Superboy going through time and interacting with historical figures. In "Heroes Out of Time," published in Mystery In Space #3 (1951), the historical figures are brought forward in time to combat a menace. Benjamin Franklin and Napoleon help defeat Dr. Indigo Maylor and his army of giant carrots. Besides misrepresenting real people in a comic book plot, maybe Wertham would also have a problem with walking carrots. (They remind me of Bob Burden's Flaming Carrot comics.)

Franklin and Napoleon were real people, Maylor is—to the best of my knowledge—not. "The last American hanged for black magic" is someone I couldn't find after exhaustive research (OK, I admit; I googled the name and didn't find an historical person.)

I love the first part of the story. The characters are lovers, fellow scientists working on two separate projects next door to each other. The man just can't get his experiment on plants to work, but his scientist girlfriend just happens to have invented a time machine to bring people from the past to help! Uh, fella...drop your stupid carrot project and get on board your squeeze's time machine thing. There's a lot of potential there.

The name of author Robert Starr is a pseudonym of Manly Wade Wellman. The artwork is by Bob Oksner and Bernard Sachs. 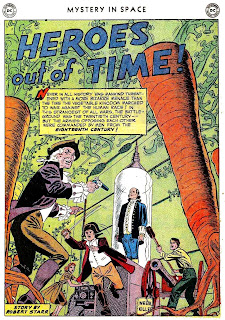 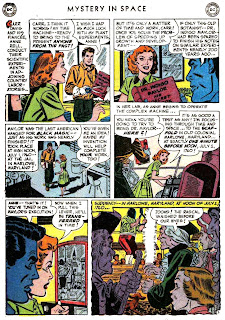 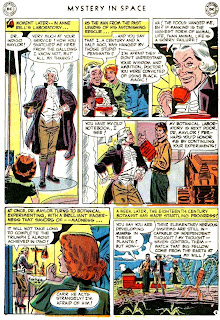 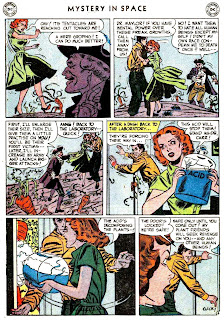 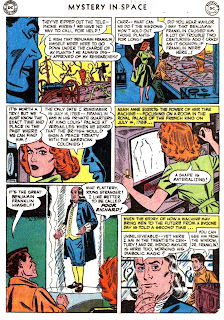 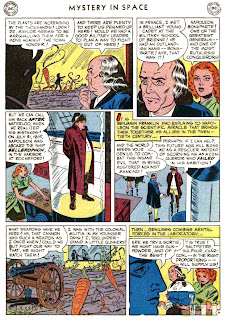 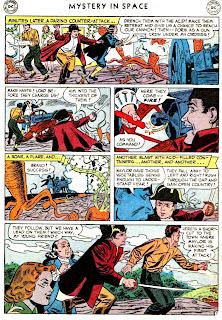 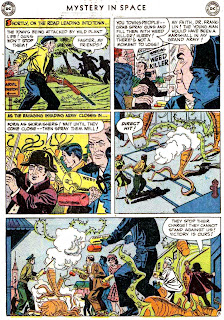 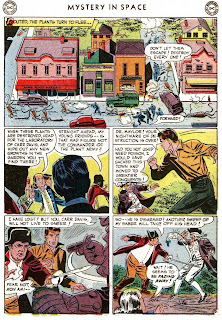 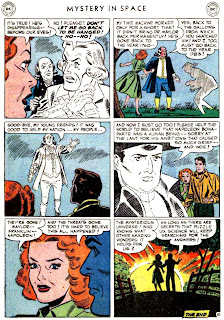 "A mere groping. I can do better."

Dialog I would never expect see in a vintage DC title.

The story reminds me of a spoof of the film "The Thing", published by one of the Mad imitation comics. The parody exploited an actual remark by one of the movie characters ("An intellectual carrot. The mind boggles!") by literally presenting the reader with a walking monster carrot.

As for "a mere groping," I never know whether stuff like that from comics so long ago was written as an inside joke, using a word like "groping" just as we would, or used inadvertently in a more innocent time. Whatever. It looks funny now.