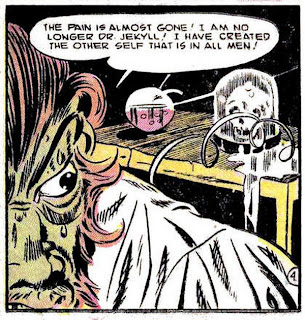 
One thousand Pappy posts ago


In Pappy's #100, posted on February 27, 2007, I showed one of the printings of this story, "Dr. Jekyll and Mr. Hyde." I scanned the Strange Suspense Stories version published by Charlton in '54, which was actually the third printing (by the third publisher) of the same strip in five years. Read my original comments at Pappy's #100 to see the unusual publishing history of this story.

The version here comes from Startling Terror Tales #10 in 1952. If you don't want to ruin your eyesight on my crappy 2007 scans, you can see much better scans of the Strange Suspense Stories version at The Horrors Of It All for part 1, and here for part 2.

"Dr. Jekyll and Mr. Hyde" is drawn by Wally Wood, and I believe it's inked by Wood collaborator Harry Harrison, who once bragged about how fast he could ink a page. This does have a hurried quality to it, but that could be because it was drawn originally for publisher Victor Fox, who was notorious for being late on payments, if he paid at all. Maybe Wood and Harrison didn't want to give it the full treatment because of that. The first few pages have more detail than the last pages, for instance. But despite that it has come down to us as a really interesting and vintage horror comics version of the classic tale by Robert Louis Stevenson. 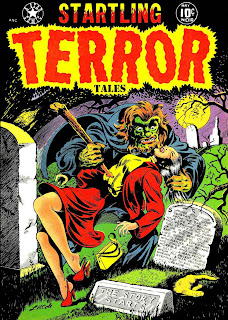 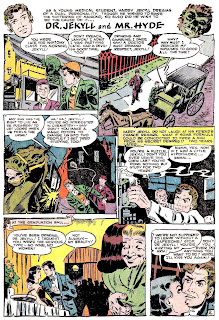 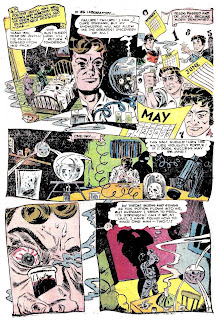 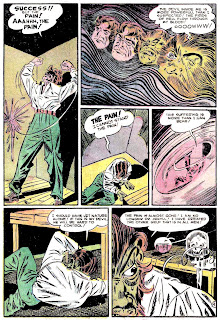 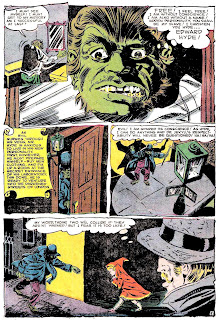 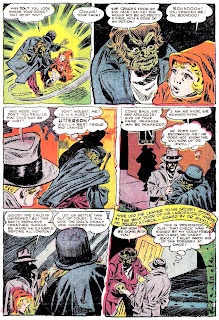 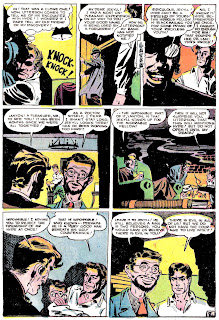 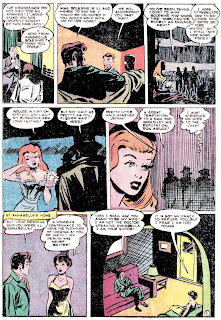 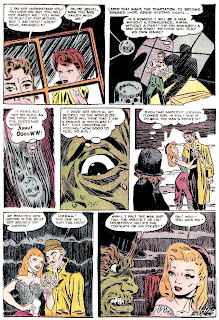 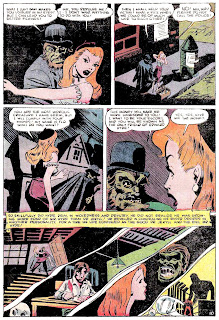 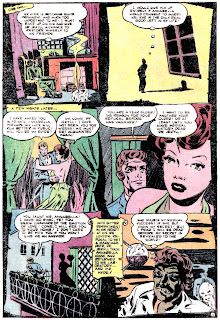 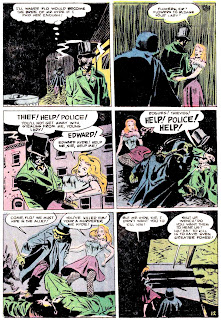 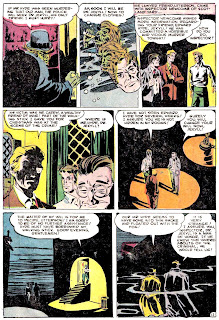 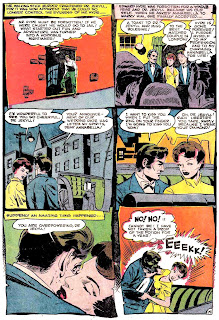 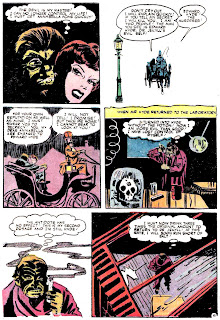 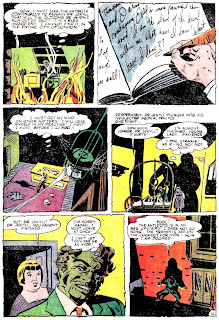 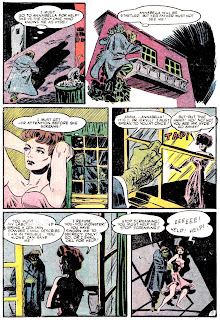 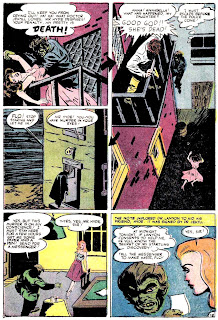 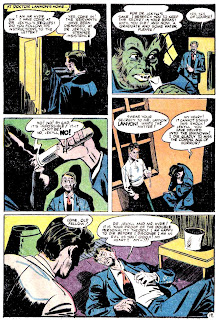 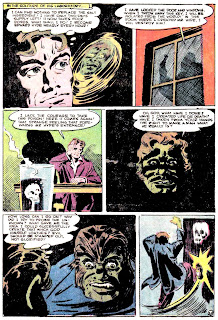 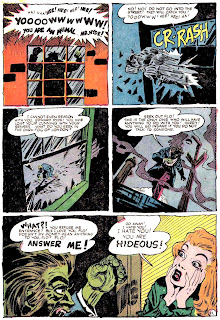 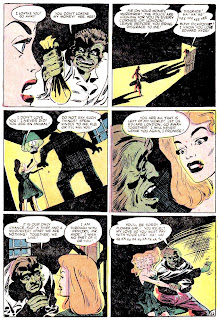 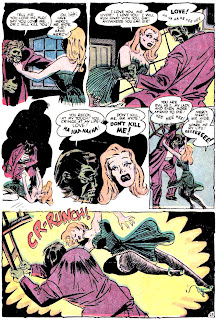 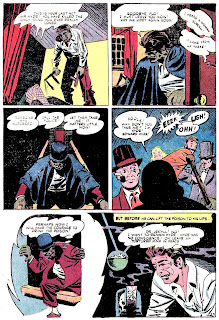 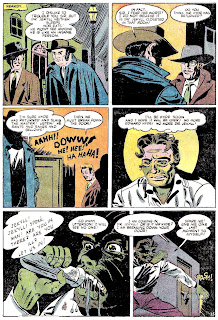 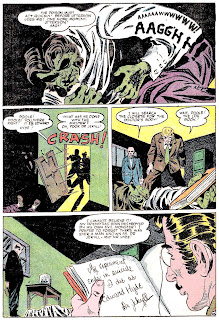 Hurried or not, some great Grand Guignol imagery from Wood.

Kirk, Yes, Wood's art is looser here, but I think Wood at any stage of his career is worth a serious look.

Also, I didn't mention in my post that I haven't read the original book by Robert Louis Stevenson in at least 45 years, but from what I remember this adaptation seems fairly good.

I haven't read it in a long time either, but I do remember Stevenson's original novella had a surprise ending--the surprise being that Jeckyll and Hyde are one and the same. You're not supposed to know that until the last couple pages. No adaptation that I'm aware of has ever done it that way, telling you almost from the beginning that they're the same person. Hollywood is probably to blame. Remember, film is a visual medium. Some director or screenwriter or studio exec must have thought, why save the most cinematic moment in the story until the the third act? By 1954, at least four movies (starring John Barrymore, Frederick March, Spencer Tracy, and, in the Abbott & Costello version, Boris Karloff, whose Jeckyll was almost as creepy as his Hyde) had been filmed that way, and Wally Wood or whoever wrote the story couldn't have made it a suprise even if they'd wanted to. That's what happens when something becomes a little too ingrained in pop culture.

Sorry for running off at the keyboard, but this has always fascinated me.

Kirk, good point. But by the time it was filmed the original novella, published in 1886, was famous. Everyone probably already knew the ending, so it was like you figure, just move it up in the story.

On my next library visit I'll have to find this story and re-read it.