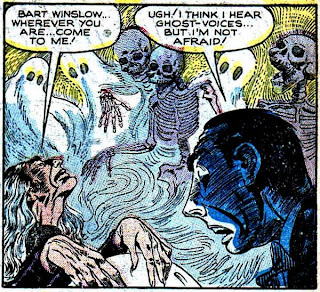 
I've mentioned before that John Forte is one of the comic book men who helped carry the industry through it's most productive era of the 1940s and '50s, and then on into the '60s.

In the mid-to-late 1950s Forte drew supernatural stories for ACG (Adventures Into the Unknown, Forbidden Worlds, et al). He went from there to DC, where he did the series, "Tales Of the Bizarro World" for Adventure Comics, with scripts by Jerry Siegel. That series was replaced by "The Legion Of Super Heroes," also drawn by Forte. Sadly, John Forte died at a young age in 1965.

These are two pre-Comics Code stories: "Never Call a Ghost" is from Trojan's Beware #2, and "Hire a Hoodlum" is from Atlas Comics' Justice #40. Just a few years before his stint with Bizarro, Forte was covering the horror and crime genres like the comics journeyman he was. Prior postings featuring Forte's work are in Pappy's #256, Pappy's #268, and Pappy's #510. 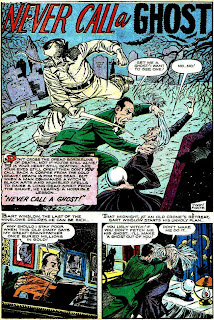 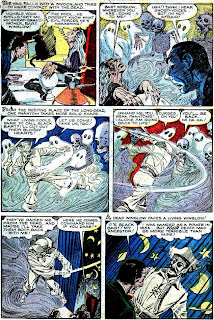 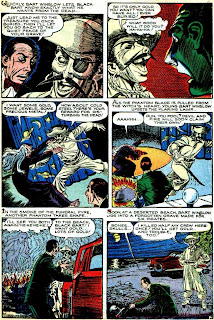 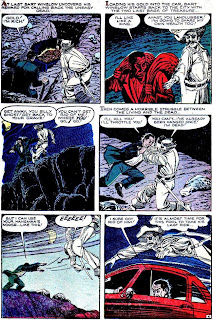 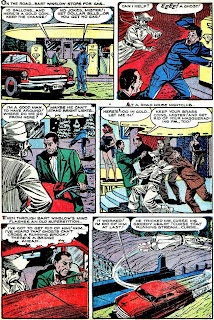 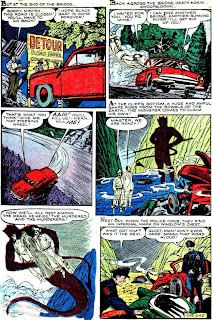 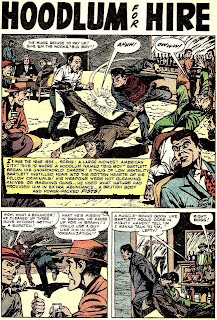 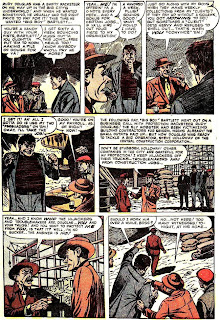 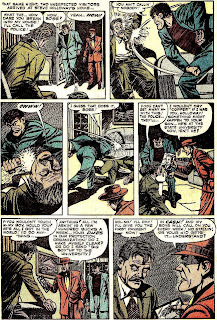 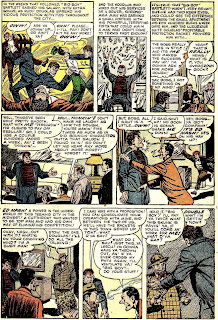 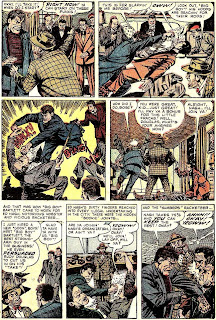 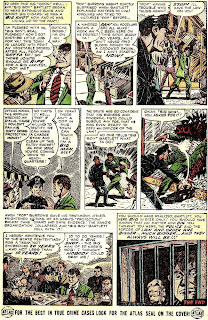 His earlier work is certainly weirder and more fun thah his later stuff.

Great to see these early Forte examples. As huge a Forte fan as I am (particularly of his amazing "Bizarro" work), I had not been aware of this work. Interesting to see how much his style changed in that relatively brief period.

hi.. just dropping by here... have a nice day! http://kantahanan.blogspot.com/

I'm also a Forte fan, Pappy. His art was everywhere, it seems. Like 1 out of three of my comics from the fifties have a story with his art. Good solid art. I particularly enjoyed the panel where Big Boy is punching two goons at once -- all it neede was the old MAD sound effect - "Smekkity-smekketty-smek!"