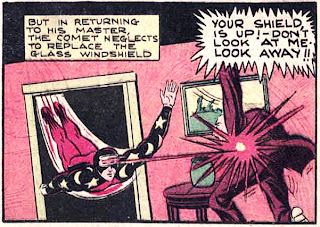 
Stan Nichols, who goes by Nix, provided these scans for Jack Cole's Comet from Pep Comics #3 and #4, 1940. Nix's synopsis: "Comet is hypnotized by a bad guy named Satan, and kills some cops. He kills Satan, then rather than turn himself in, he takes off to prove his innocence!"

As it turned out for the Comet, he in turn was killed in Pep #17, and his brother sought revenge as the Hangman. Jack Cole drew the Comet stories a couple more times, ending his participation with Pep #8. These episodes, like a lot of Cole's earliest work, appear to be rushed, but the energy Cole put into his drawings still comes through.

There's a great new blog devoted to Jack Cole. Check out Cole's Comics. I was guided to it through Frank Young's Stanley Stories. 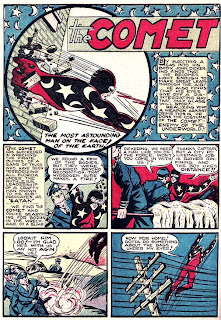 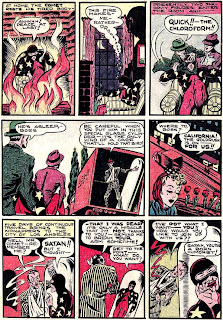 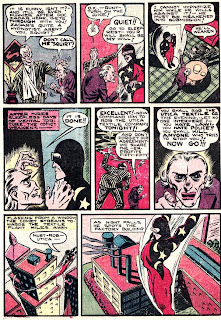 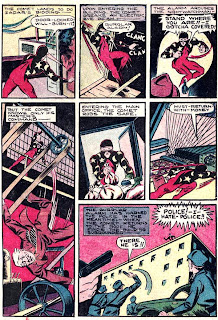 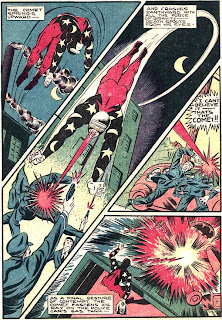 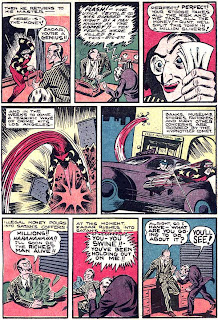 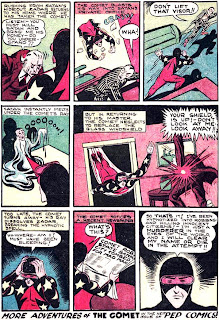 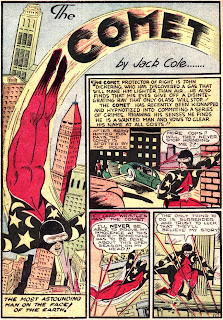 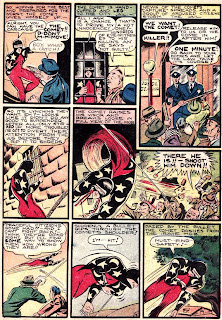 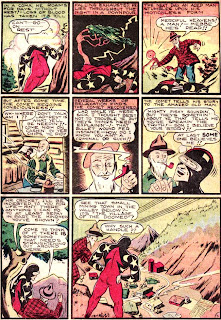 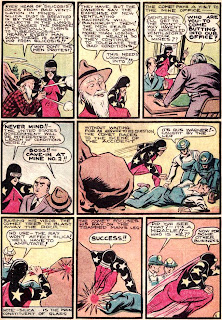 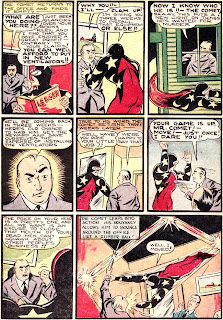 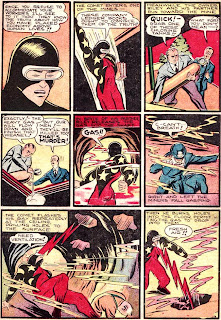 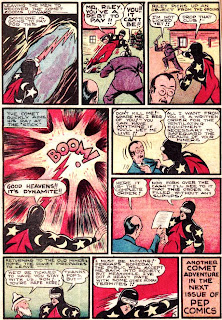 Pappy: Beautiful. Just beautiful. Cole was so far ahead of his time, his artwork so full of rich detail. His story ideas were tremendous, too. Thanks for the wonderful scans. Great blog. I'll be back. -- Mykal