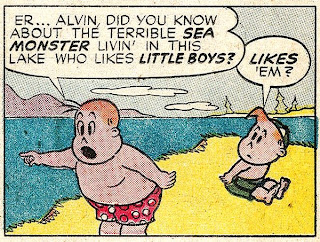 First of all, it was cold. It was wet, rained all the time. I had diarrhea, so I stayed close to the facilities. The sergeant made me clean rifles...

Wait a minute. That wasn't summer camp, that was Army basic training. Summer camp, when I was a kid, was actually a lot of fun! A lake, canoeing, swimming, leathercrafts in the afternoon...a big fire at night, marshmallows burned black, molten on the tongue. Or maybe I'm just thinking of an old episode of "Spin and Marty" from the Mickey Mouse Club. 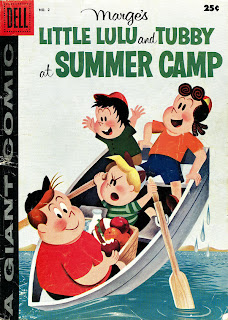 Oh well, at least my memory isn't faulty when it comes to the Dell Giant Comics that arrived just before school let out for the summer. They were kind of a vicarious vacation, promising a lot of summer fun. I never had as much fun — or adventure — as the characters in the Dell Giants, but at least I had the comics, which I pored over. I bought this one, Little Lulu and Tubby at Summer Camp #2, in 1958. Not only did it contain one Little Lulu storytelling time with Alvin, a Witch Hazel story, but also a Tubby storytelling time with Alvin. I don't know if writer John Stanley ever did that again, but the story Tubby tells is every bit the whopper that is usually Lulu's imaginative stock in trade.

Not only did that break tradition, but having Lulu show up at the end of the story breaks the tradition from regular issues of Little Lulu, where the Tubby story at the end didn't have Lulu.

School's out...what are you doing that's fun this summer? 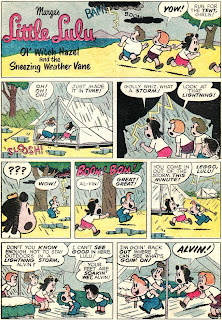 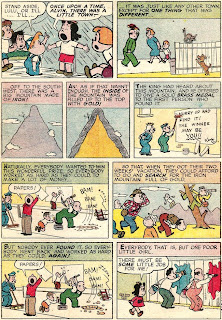 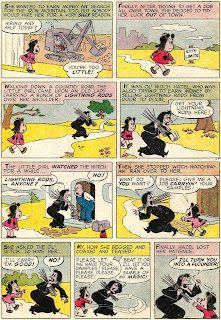 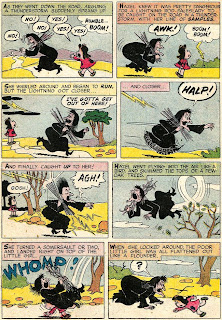 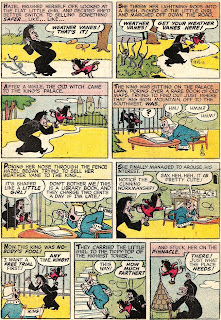 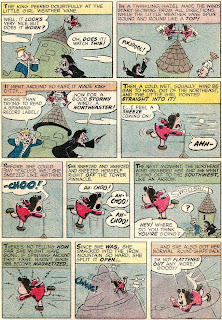 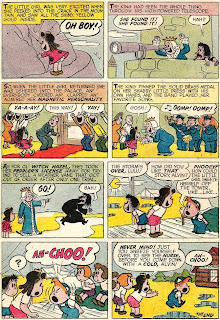 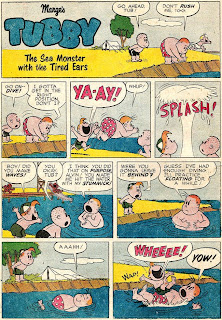 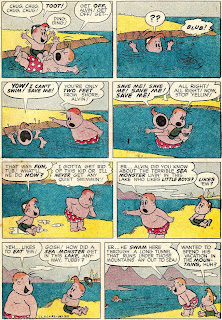 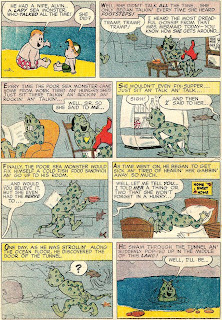 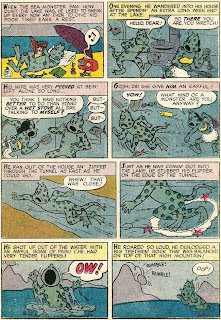 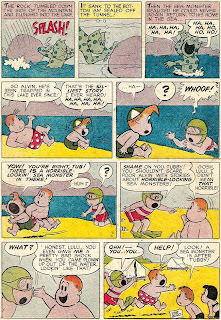 More summer camp from #1 of this series from Frank Young of Stanley Stories. You can access it here.