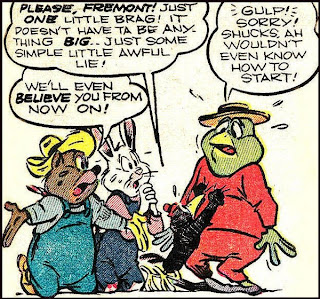 
Fremont Frog is a lot like some guys I've known over the years. Blowhards. No matter what you bring up they've done it bigger and better. You'd like to put them in their place.

So that's what Fremont's friends do to him. This is a hilarious story from Giggle Comics #67, September-October 1949. It's hilarious because it's drawn by one of the greatest funny animal comic book cartoonists, Jack Bradbury. I've shown you several Bradbury stories, and they all have something in common: great drawing and funny gags.

Jack Bradbury's son has a website devoted to his father's work. http://jbrad.org/

He shows many of Bradbury's stories for Giggle and Ha-Ha Comics, including some more Fremont Frog. If you like this story you'll love what he has on his website. 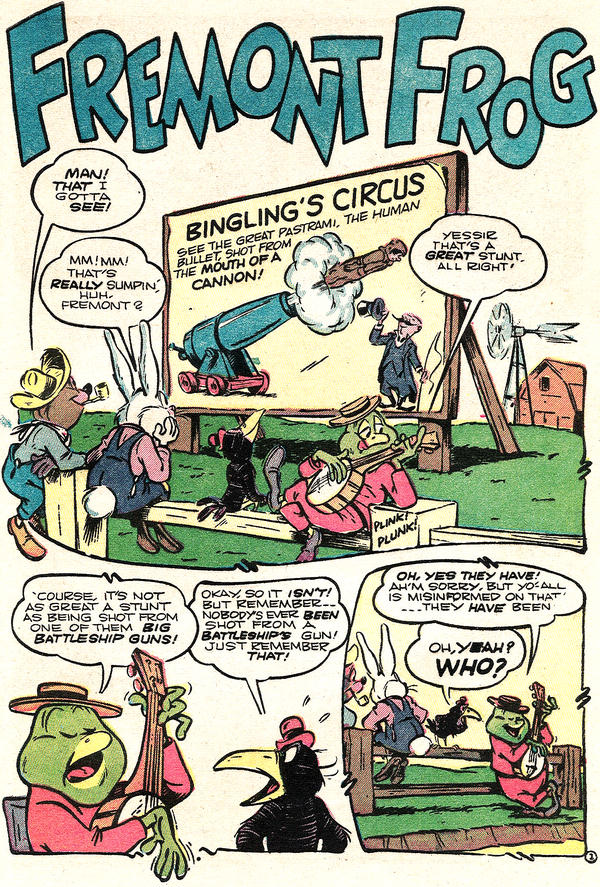 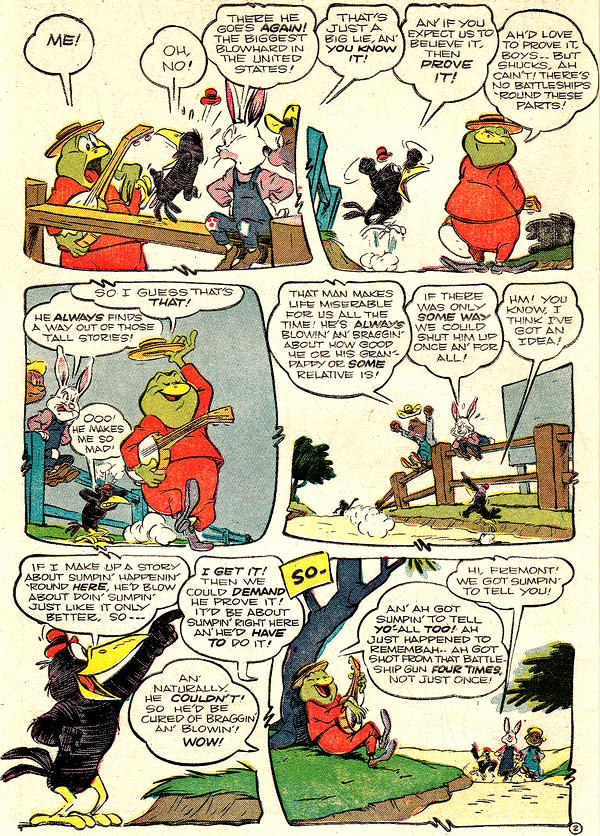 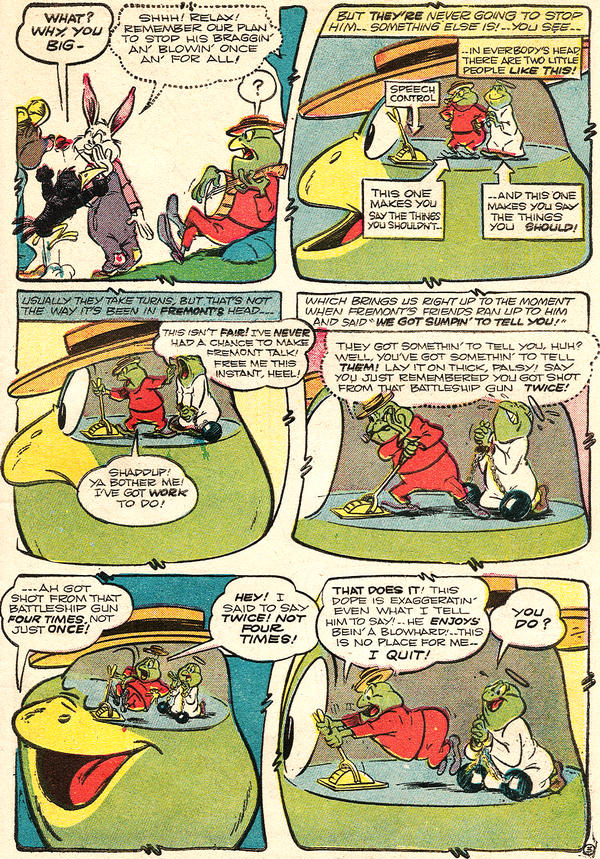 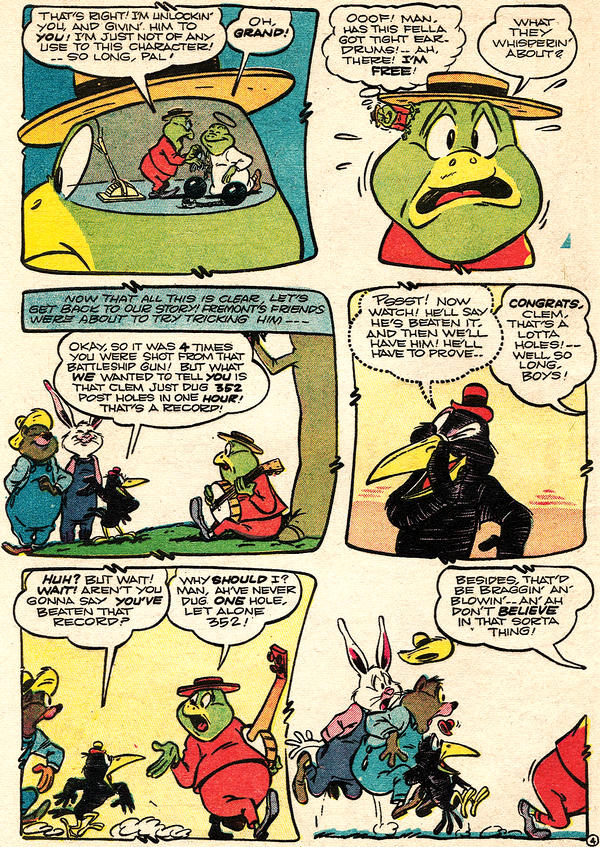 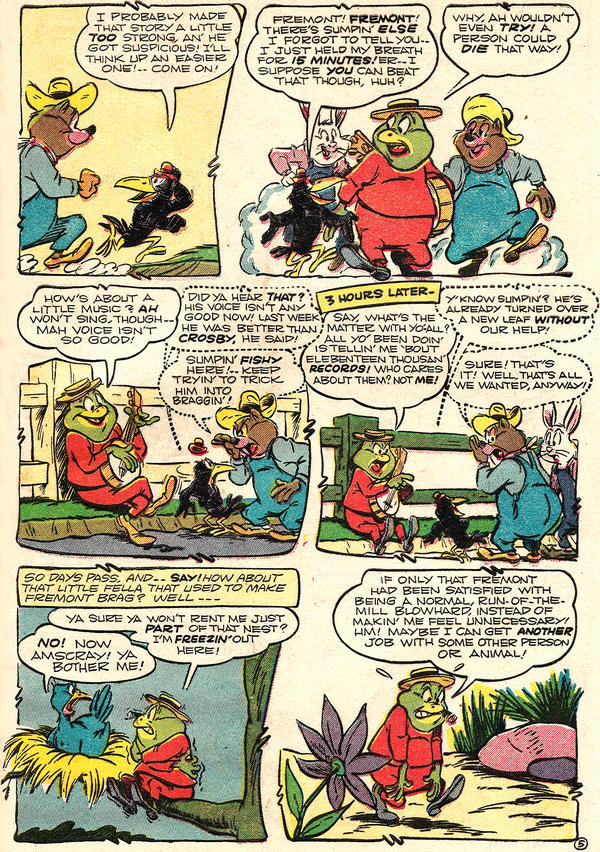 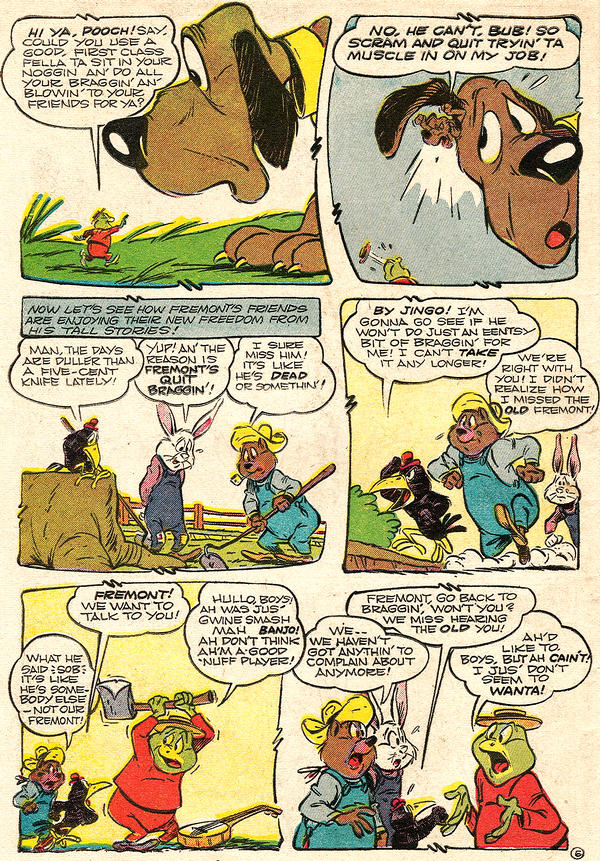 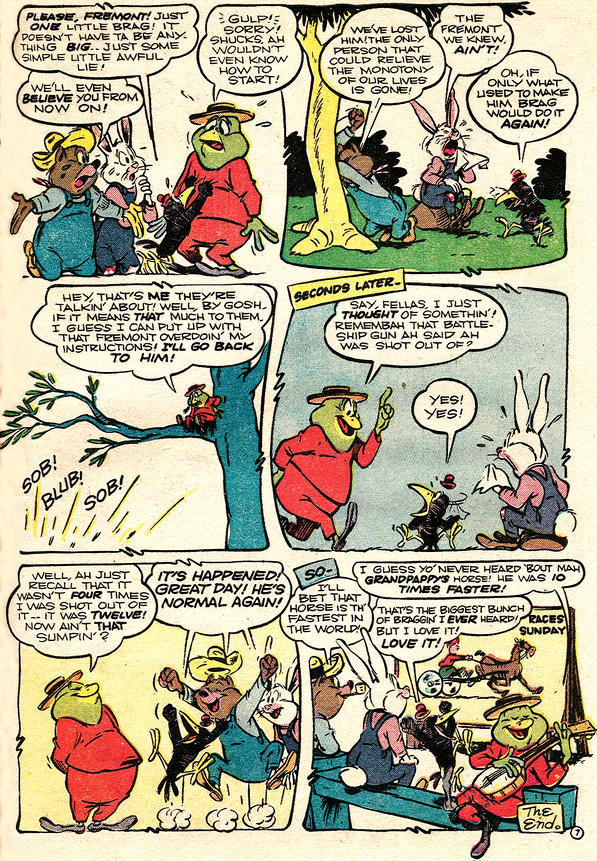 AMAZING!! Jack Bradbury has always been high on my list of funny animal favorites, but I never heard of Fremont Frog before. As usual, the art is great, but this is so incredibly inventive in the way it tells a story everybody can relate to. That is the sign of a truly brilliant storyteller.

I feel as if I should know this already, but did Bradbury write much of his material himself?

Thanks for this, and the link (I had no idea how prolific he was)!

To my knowledge Bradbury wrote, drew and lettered his own material during this phase of his career.