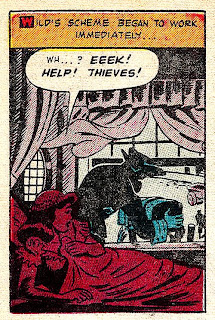 
The Scourge of London!


I get a kick out of old crime comics, especially the ones that throw around the word "true," as in "Based on a true story!" You drop your eyes down the splash page and come upon some boilerplate disclaimer that says the names and places are ficticious in this "true-to-life" story. "Any similarity between actual persons or places, blahblahblah..." There's a lot of difference between "true" and "true to life." So was there a Jonathan Wild, the Scourge of London? Did he invent organized crime? Who knows? Who cares? This is a crime comic book. The kids who were reading it weren't fact-checking.

I'm also including an ad by Dan DeCarlo for My Friend Irma #3, and a full-page ad for a push-up bra, sexy stuff that segues into our next topic below. 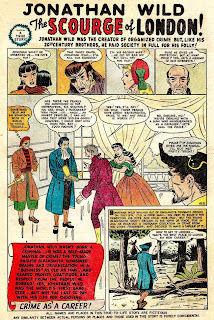 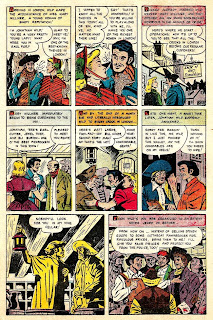 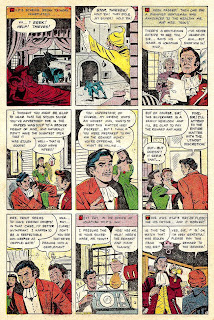 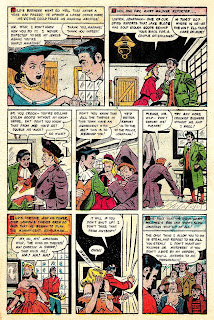 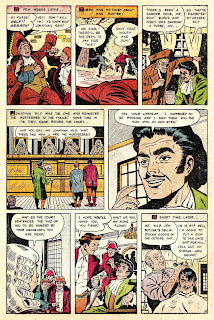 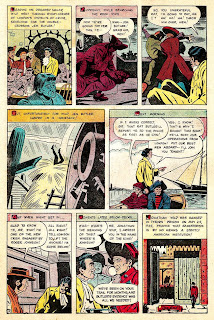 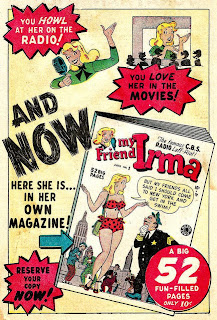 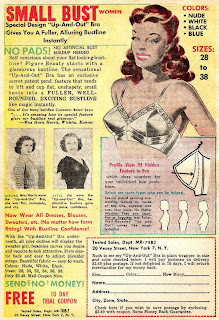 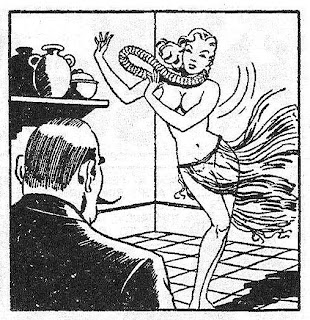 The Black Lizard Big Book of Pulps is three anthologies combined into one, over 1100 pages of classic crime from the golden age of pulp magazines. 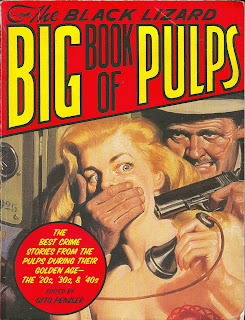 It includes authors like Dashiell Hammett, Raymond Chandler, Frederick Nebel, Horace McCoy, et al. Because this is a comic book blog, I'm showing the only comics material in the book, two Sally the Sleuth strips from Spicy Mystery, drawn by Adolphe Barreaux. There's a fascinating story told about the Spicy line at the DC's Other Comics website because Spicy was connected to DC Comics. Anyway, when you read a Sally the Sleuth strip (pun intended) you know it has one intention, to get Sally out of her clothes. I also enjoy the economy of storytelling. They just threw out all the unnecessary plot elements, then got Sally nekkid. My kinda comics! 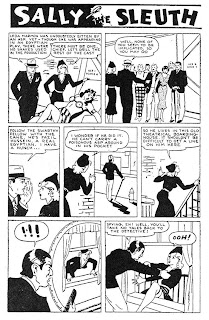 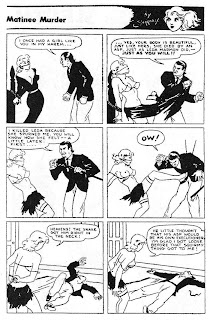 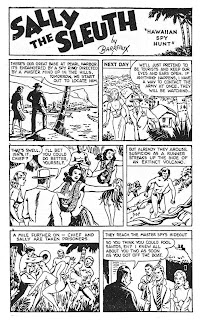 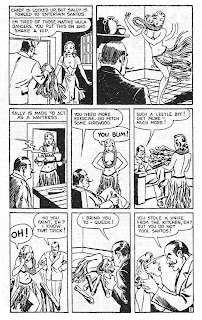 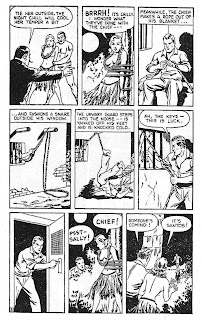 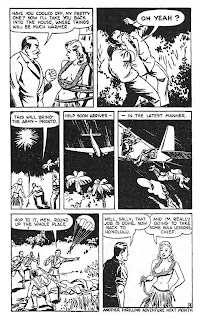 Yep, gonna hafta get me a copy of The Black Lizard Big Book of Pulps!