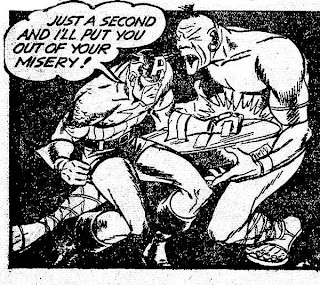 
As a young comics fan in the early 1960s, some of the first World War II-era comics I saw were by Al Avison and Al Gabrielle, carrying on the work of Joe Simon and Jack Kirby on Captain America. Avison and Gabrielle were part of the shop that produced those popular comics, and carried on when S & K left to go to DC. I loved the frantic action, legs flying out of panels, heroes and bad guys alike flying through the air in the endless fistfights that filled the pages. It was heady stuff for a kid raised with the more sedate post-Code comics.

Al Avison worked for many years in the industry. He was a true professional and an artist who worked in several styles, often imitating other artists. He did many covers for Harvey Comics, working in the style of Chester Gould on the Dick Tracy reprints, for instance.

The Grand Comics Database shows that "The Cobra Ring Of Death" was published in Captain America #22 from 1943, and again in The Golden Age Of Marvel Comics, a one-shot published in 1997. It doesn't show this printing, which was in Captain George's Comics World #23-24, a double issue from 1969. George Henderson, a publisher and store owner in Toronto, Canada, had gotten ahold of some black and white photostats from Timely Comics of the 1940s, and published them in his fanzine.

The Grand Comics Database guesses the writer was Stan Lee. 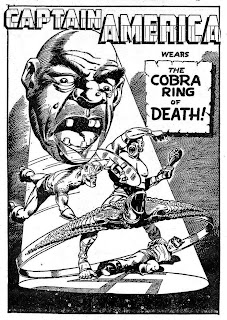 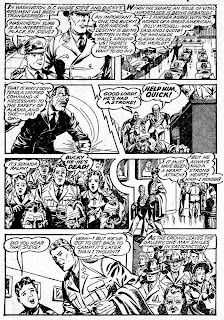 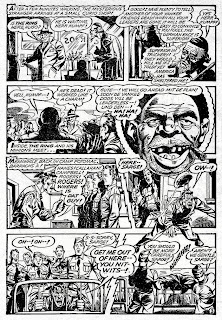 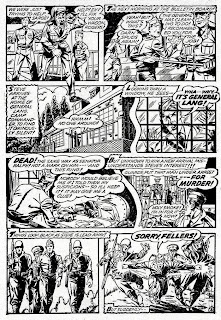 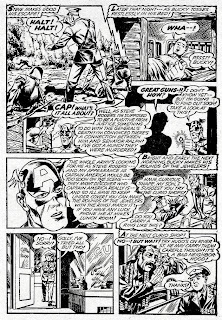 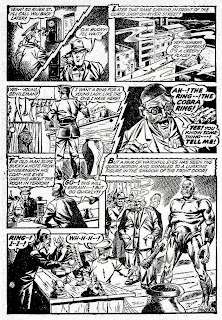 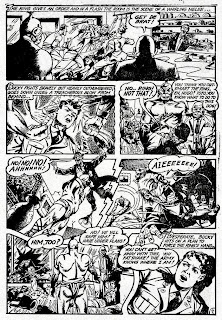 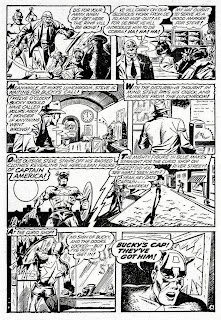 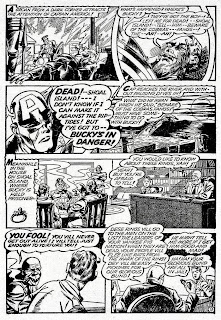 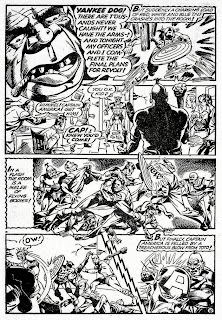 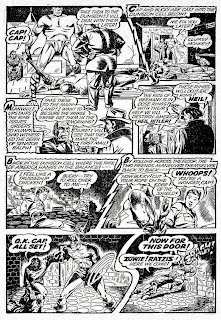 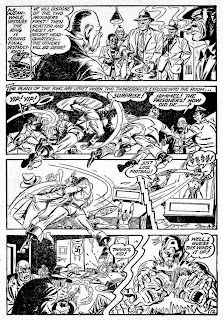 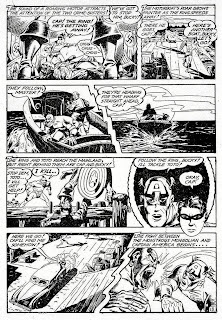 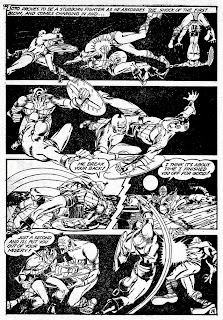 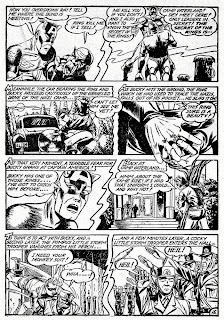 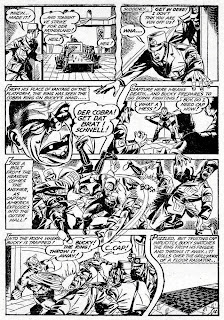 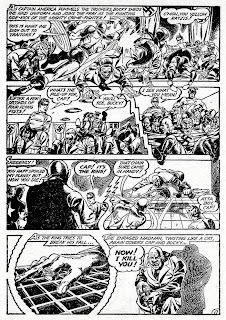 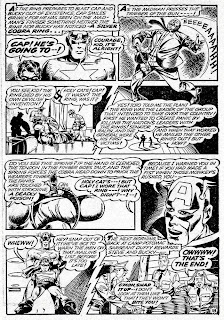 On page 16, Bucky is dressed as a Li'l Nazi in panel 4, and virtually instantaneously in his Bucky costume in panel 6; without even an apparent change of body position.

From what I've seen, the old Captain America comics were just full of those sorts of continuity issues.

Looks like we were both on a black and white kick this week Pappy!

Everyone is so gaga over the new Captain America comic (which I agree is very good) it's nice to see some of these classic adventures too.

I actually HAVE that Captain George issue! Much better reproduction than the edited, murky color reprints Marvel had been doing to date. With the OFFICIAL reprints, I wondered what all the fuss was about but with the stories contained in this bootleg pulp paper collection you could feel the energy that made theses comics popular in the first place!