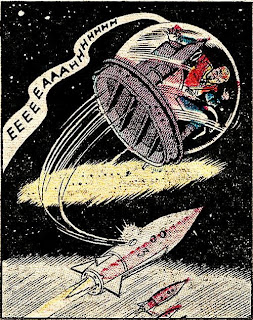 
Rocky X goes by the numbers


From Boy Comics #82, 1953, here's the followup to last week's Rocky X episode. Our young rocketeers are in another mess, as usual. They encounter a flying saucer!

Sorry I don't have issue #83 to show you the "invisible" aliens promised at the end of this episode. Maybe someday I'll run across the comic and show it to you.

I like the precise Norm Maurer artwork. With his refined brushwork and careful composition he reminds me of Fred Guardineer, another Golden Age artist I like. I think I've said that before, but forgive me. You get my age you forget what you've said.

You forget what you said. Did I already say that? 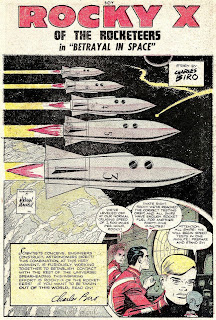 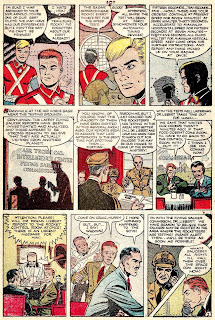 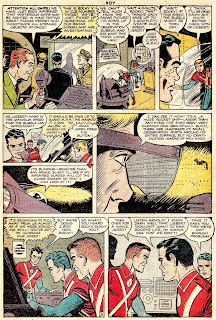 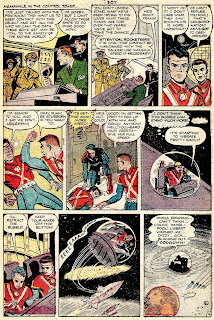 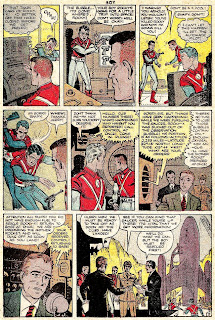 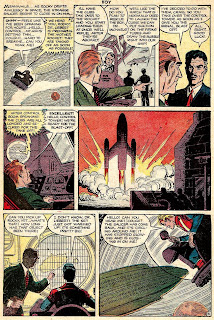 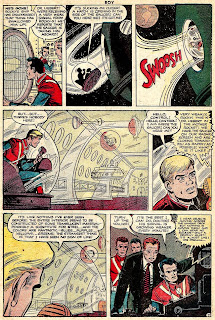 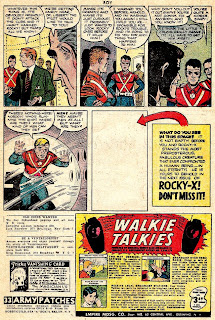 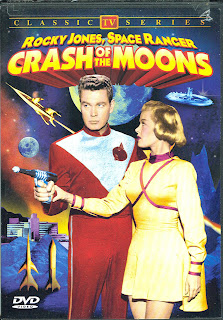 Tom Corbett, Space Cadet, Rocky X of the Rocketeers and Rocky Jones, Space Ranger, are all part of that wonderful era of 1950's science fiction brought about by the primitive rocket experiments going on after World War II. Before the war space exploration was "Buck Rogers stuff," very fanciful, but when rockets began lifting off the public became believers. As we know, President Dwight Eisenhower warned against the "military-industrial complex." It was decided to take space exploration out of the hands of the military, so NASA was formed. It made the military structure of "Rocketeers" and "Space Rangers" obsolete.

In 1954 I watched Rocky Jones, Space Ranger on TV. A couple of years ago a friend gave me this DVD, a compilation of episodes made into a feature film, and for a little over an hour I was entertained by my youthful past. With all of the corny aspects of the show — it was aimed at children, after all — there was something in there for the dads, too. The girls are 1950's-cute. As I recall the fashions from '54, skirt hems hit around mid-calf, so a hot Doris Day-style blonde in a skirt that ended mid-thigh, coupled with a boob-enhancing design on top should have made us males, even pre-pubescent ones like me, sit up and take notice. Hot rockets, indeed! Bring on the space babes! 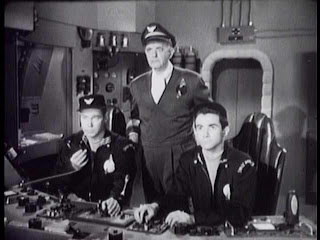 Note to Space Ranger commander: This is a rocket ship, not a ship on the sea. Sit down. 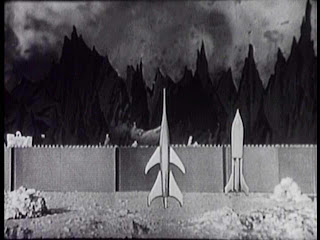 All expense was spared in bringing state of the art special effects! 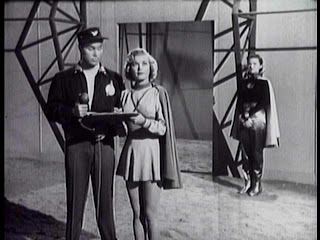 "Is that a microphone you're holding, Rocky, or are you just happy to see me?"

If nothing else, you might try here for #83. You will need a rapidshare account and a cbr reader, but it's worth it.

Just how often, generally, does Simpy get knocked out by a hit to the head? Just how does a thing suck in the vacuum of space? And how can Rocky hear objects moving if he hears no sounds?

Hey, guys, thanks for the tips on where to find the comic. Readers, if you want to see where the Rocky X epic is going, follow the links.

I guess things suck in space for the same reason everyone has gravity in space. It's because of the space between the writer's ears.