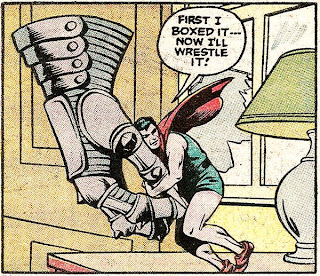 
From Feature Comics #107, February 1947, Doll Man encounters the sound of one hand murdering. "The Hand of Horror" is drawn by John Cassone(?) according to the Grand Comics Database.

Doll Man starred in Feature Comics for a long time, as well as appearing in his own book. I think the appeal to young readers is the tiny in the world of the oversized; The Incredible Shrinking Man or Land of the Giants stuff that fascinates kids. Otherwise Doll Man is kind of a dull man as a super hero. He's got one power, to shrink. Of course, that whole concept was lifted by DC for the Silver Age Atom. Darrell Dane, Doll Man, is a scientist, one of the few good ones in comics. The scientist-villain in "The Hand of Horror" is like most comic book scientists, evil and mad. I wonder how we made so much scientific progress in the 20th Century with all of those evil, mad scientists wreaking havoc? 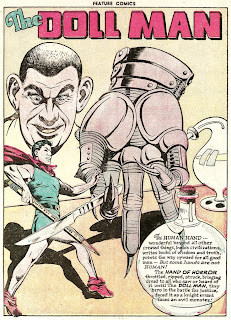 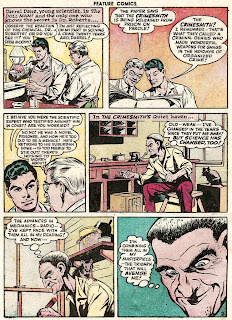 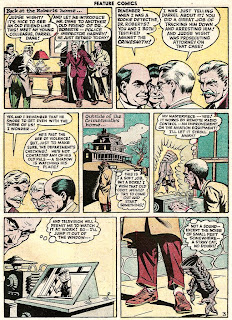 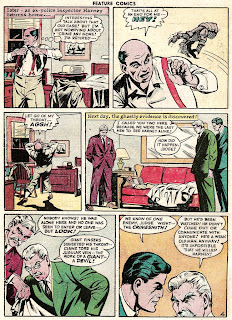 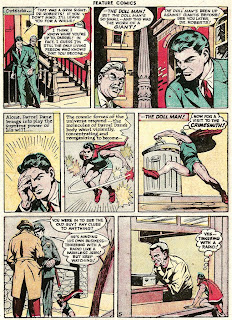 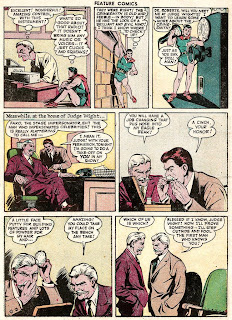 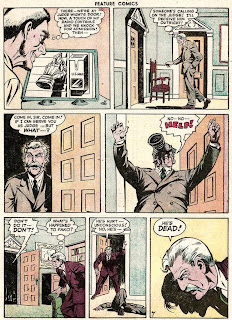 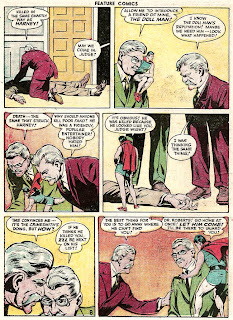 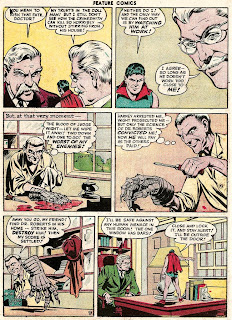 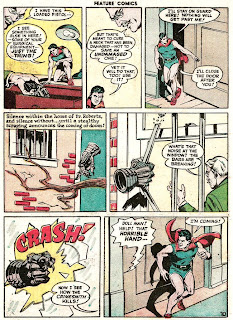 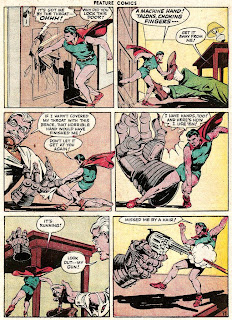 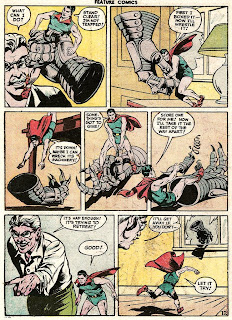 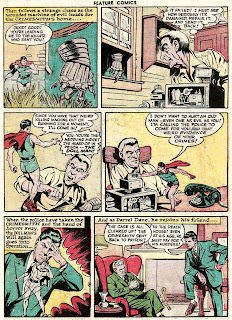 That top intro panel looks like Dollman is getting a handy. ;)

Great story. For such a "dull" hero, he proved to have staying power, lasting far longer than many of his peers. I am sure the quality of the art and storytelling had something to do with it.

I picked up a Doll Man comic for cheap at the flea market a few months ago and have been wanting more since. Thanks for posting this. In the comic I have, he doesn't exhibit the most common sense. In one scene, he shrinks before heading to the villain's hideout. Wouldn't that take an incredibly long time compared to traveling there at normal size and then shrinking before you get there?