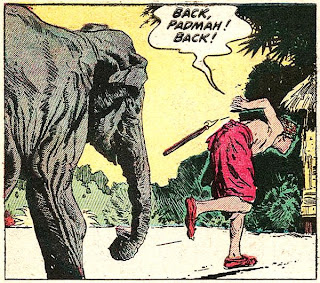 
This is another story from Buster Brown Comic Book #33, illustrated by Ray Willner. I showed you Reed Crandall and Ray Willner's "Zakka's Debt" just a couple of weeks ago. What prompted showing this Gunga story so soon after was an e-mail I got from artist Willner's son, Dave, asking for information on finding a bibliography of his father's work. Here's a note from Dave Willner in response to my request to give his e-mail address to Pappy readers:

Absolutely, please do....After comic books he spent almost 20 years doing fantastic text book illustrations for history, science and math books, he also did some great greeting cards for awhile as well...All the kids in town used to pose for him for in the basement studio, where my mother, Dorothy, would teach art classes after school for the kids in town.

Animals were his passion, yet we never had any pets, nor did he as a child? His jungle animals and especially horses in motion were truly amazing. Gunga was the guy who lived near by who ran the Chevron station.....and BTW, you had a note in one of your blurbs about the editor not ensuring the "likeness" of the large guy on the cover hoisting a mast on his shoulders and the face on page one, forget his name....but we still have a ton of old B&W 5"x7"s of him posing for just about all his characters, I do seem to remember that one with a broom stick on his shoulders. My mother would photograph him in costume in the basement with an old 4x5 Graflex, I can remember seeing him with towels wrapped around his head...my crib was in his studio. I'm going to try and get a handle on all the photographs and see if we can match them up to the inkings in the comics.

After he retired he spent a good deal of time doing pencil drawings of historic barns and old Pennsylvania stone homes in and around Bucks County, PA, near where my mother still lives. He had won many awards for these, his technique and style were second to none, he used to say he could draw easier than he could write.

What makes this all even more facinating to me is that when he was a boy, born in 1911 growing up just outside of NYC in Union City, NJ, he was stricken with Scarlett fever which in his later years caused his hands to shake to the point he couldn't drink a cup of coffee, although he never missed a beat with his pencil work.One other fact, he won a scholarship to The Art Students League in NYC when he was 14 and later attended the Newark School of Fine and Industrial Arts. Prior to Buster Brown he also served in the Secret Service in WWII and spent a good deal of time doing cartography in the air on his stomach, something he refused to discuss with us kids ever.

He passed away in Feb of 2002 at 94. Appreciate your help, hope this helps a bit, be glad to provide any additional info I can. Thanks

If you can help Mr. Willner please do. I gave him the Grand Comics Database page which lists 57 stories by his dad. If you know of any other work Ray Willner did please contact Dave Willner at: 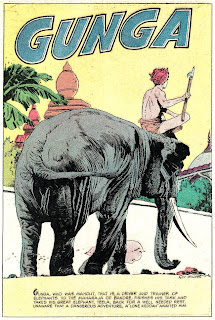 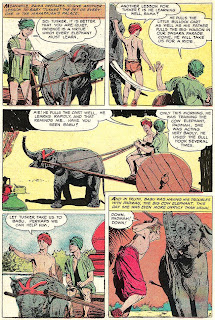 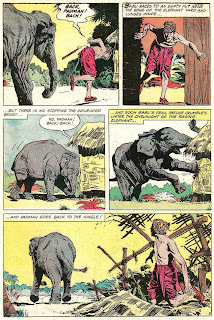 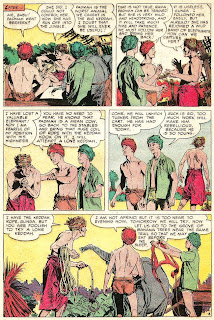 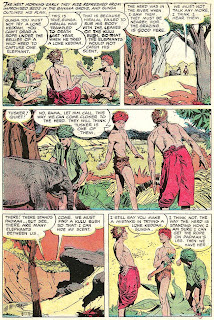 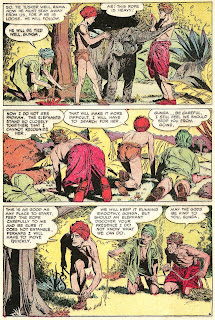 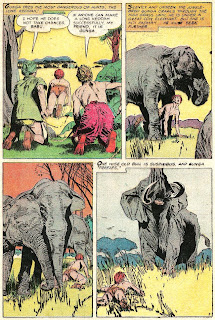 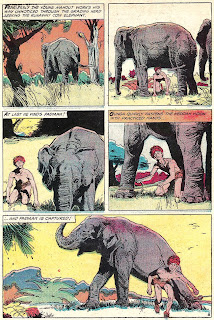 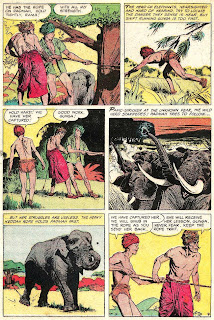 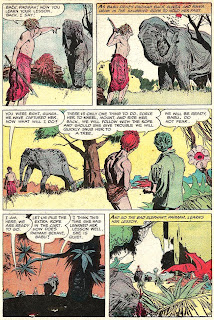 Funny how there weren't many people who read that when it came out who would be saddened by the story, but nowadays you have to root for the elephant.

Clearly, he used photo's for this too.

What a lovely strip. Beautifully and very elegantly drawn. A real pleasure to read.