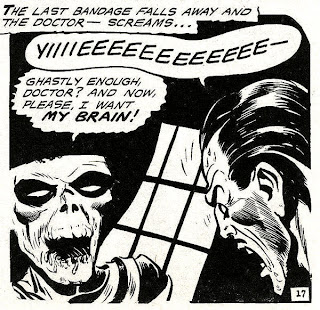 
Speaking of brains, how did the person who wrote "Skulls of Doom" write without using one? In the story a character walks around with a 5000-year-old brain transplanted into his head by a gin-soaked old doctor who was "kicked out of medicine." The original owner of the brain gets around, even murders, without having a brain. The writer also got Egypt mixed up with India, but that was par for the era when other cultures and religions were libeled mercilessly in the comics.

It's the Halloween season and we don't worry about such trivial, brainless plot devices. We're dealing with precode horror comic books, after all. This is a reprint from I-don't-know-where, scanned from Terror Tales #7 (actually #1) from March, 1969. It's one of the infamous Eerie Publications, and someone made a decision to add to the originals, so the splash panel with its flip-top skull is modified to be more gruesome. 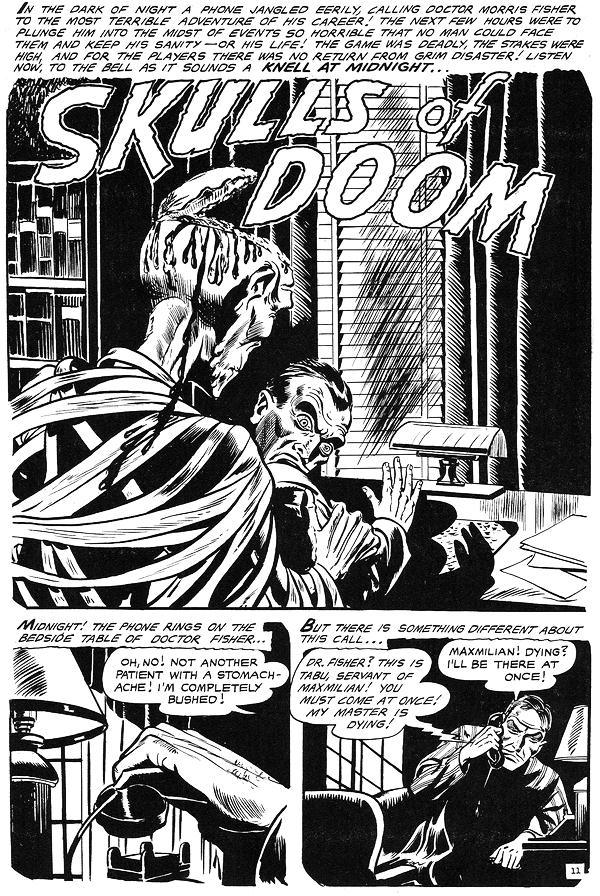 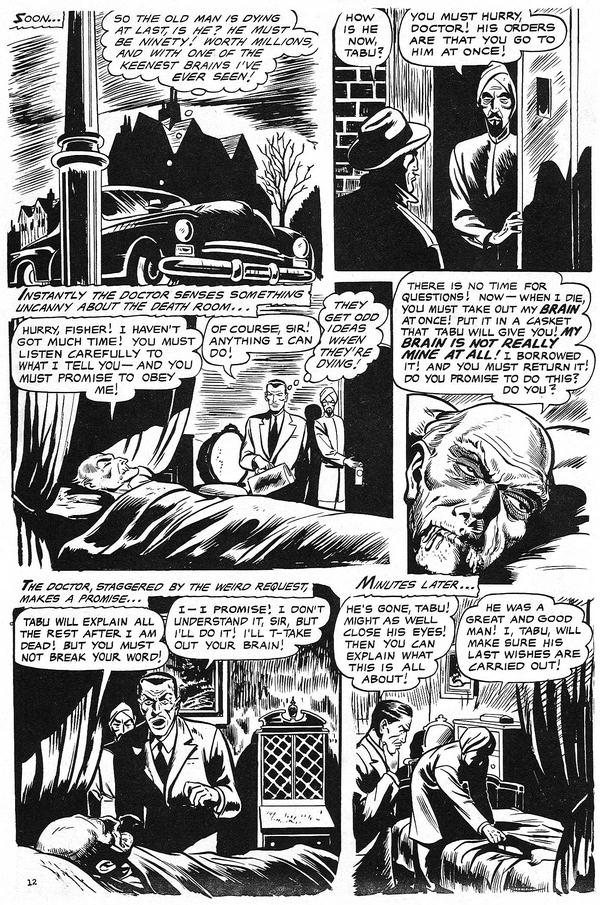 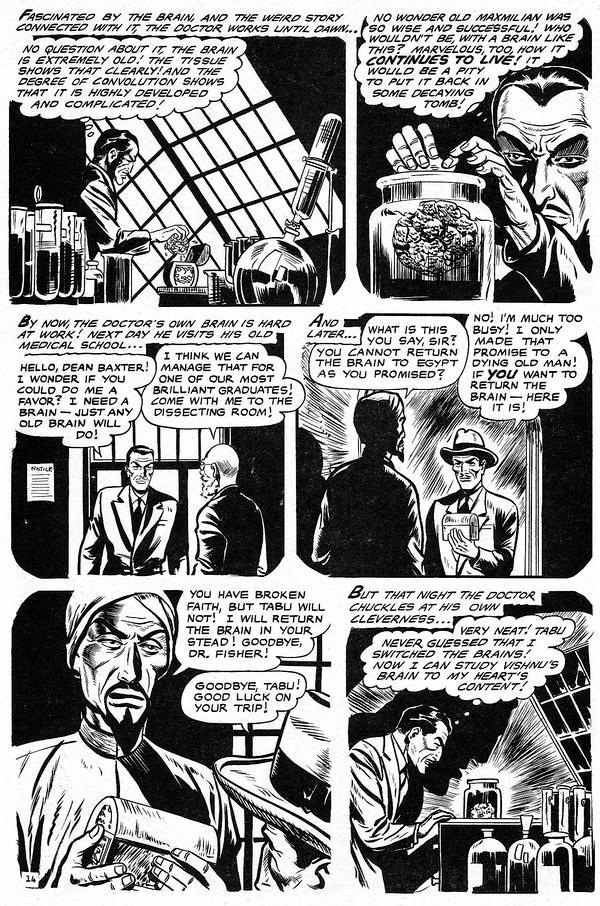 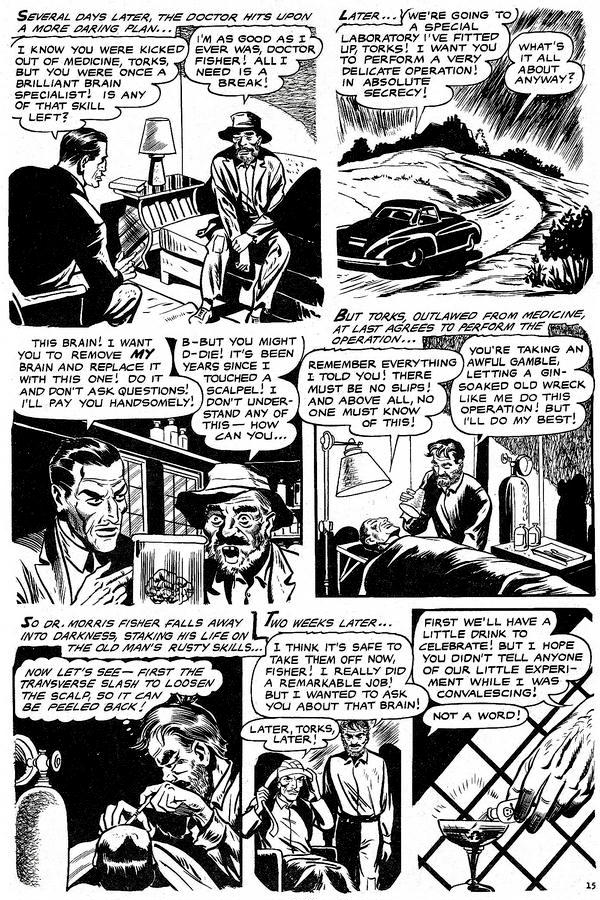 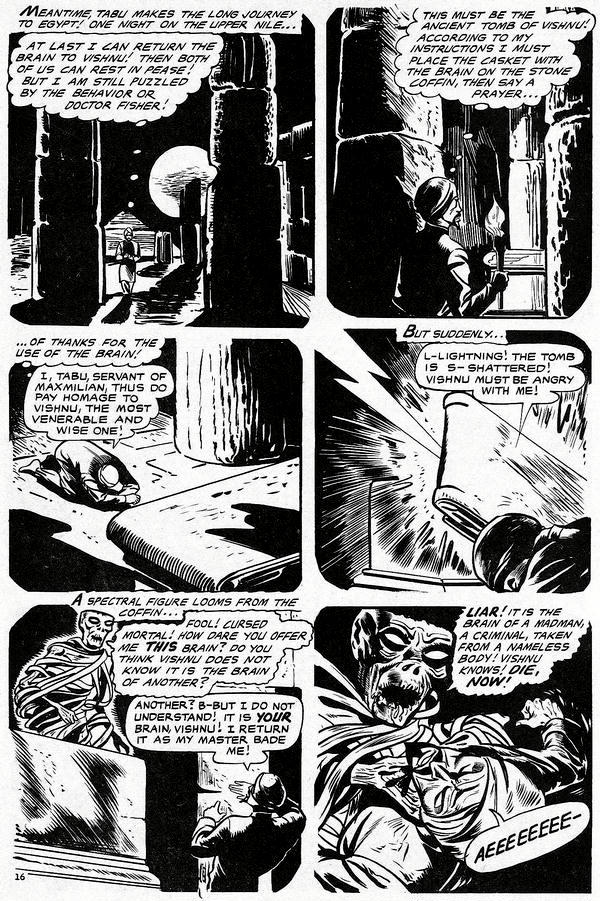 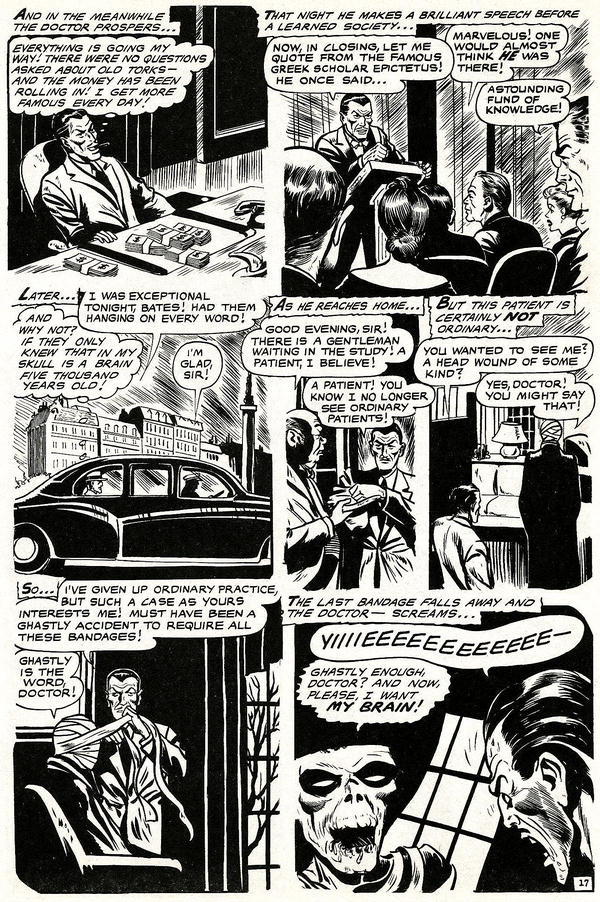 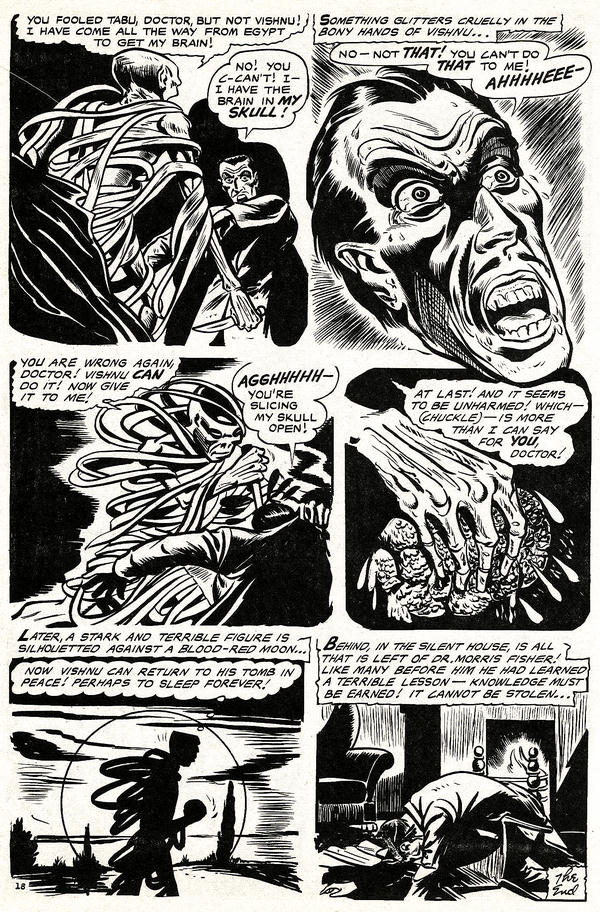 "AGGHHH! You're slicing my skull open!!"

That's the best line ever. Unless of course he had followed it up with "AGGHHHH! You're ripping my brain out!"

The art sure does remind me of Dick Sprang. The shot of the car on page 2 (I think) looked like the Batmobile.