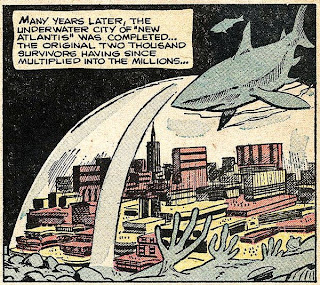 
The scourge of Atlantis


Dick Ayers returns to Pappy's with a soggy tale from Strange Worlds #2 from 1959. Strange Worlds was the first title published after a hiatus when Martin Goodman, publisher, sold his Atlas Distribution company, then had to seek distribution from his competition, DC Comics. Strange Worlds is post-Atlas, but pre-Marvel Comics. "I Am The Scourge Of Atlantis" is obviously not part of the Sub-Mariner/Marvel Universe. It owes its ending to "Ping Pong" in Mad. Oops. Should I have posted a SPOILER ALERT tag before telling you that? 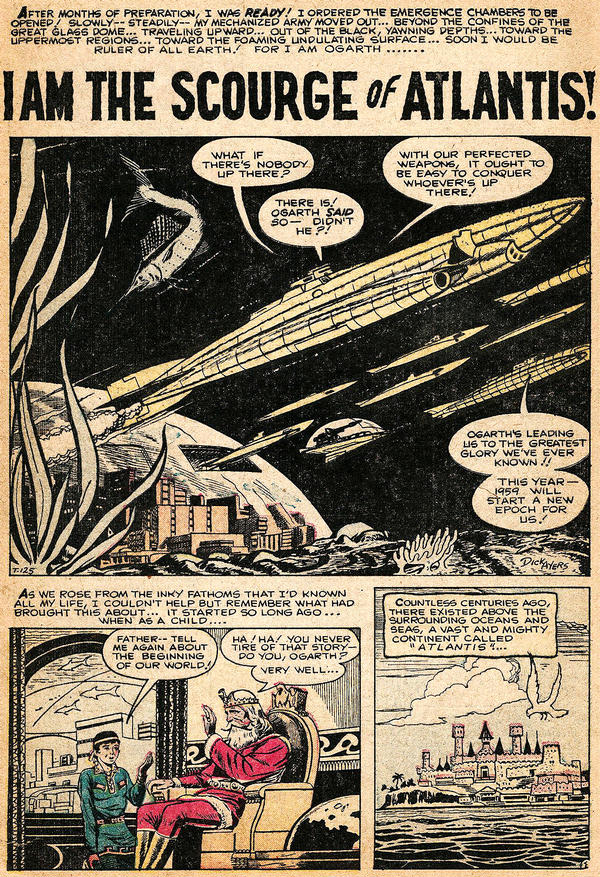 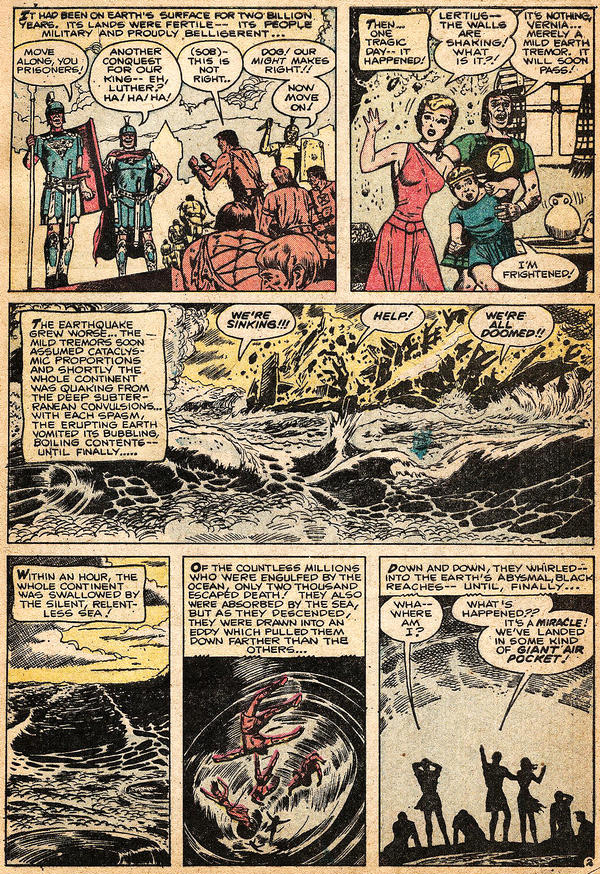 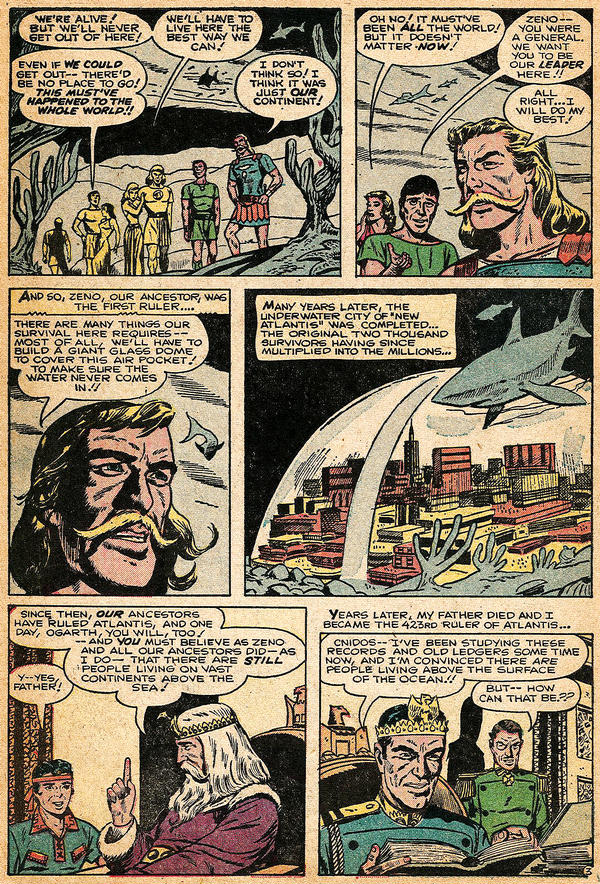 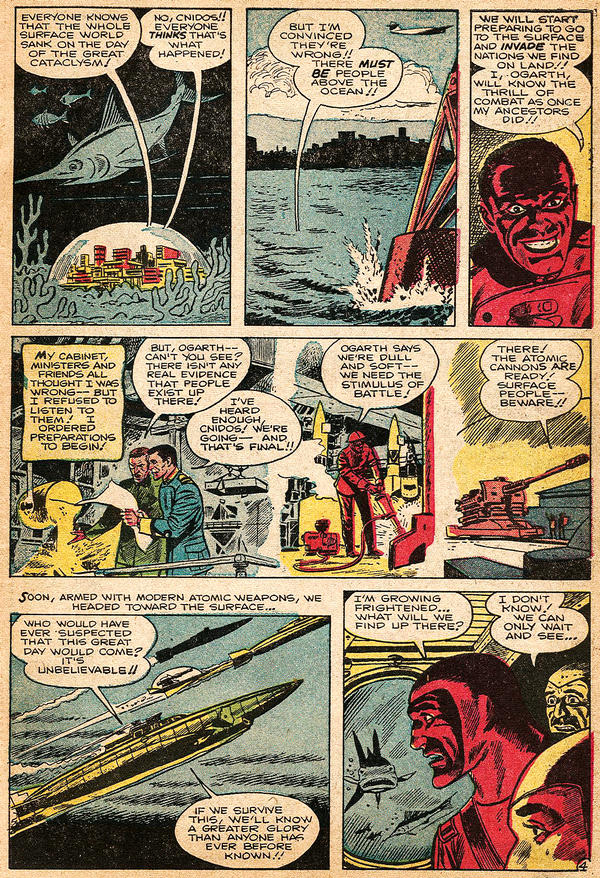 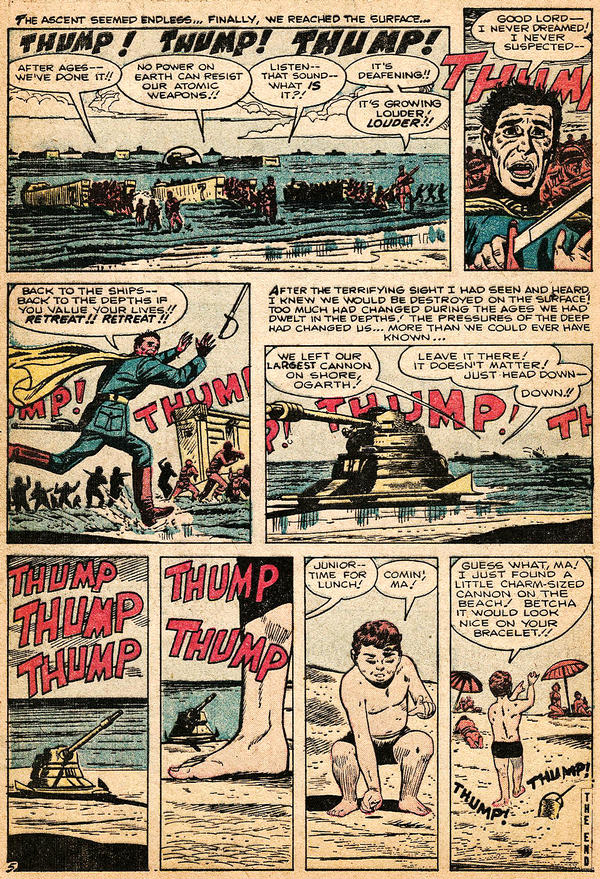 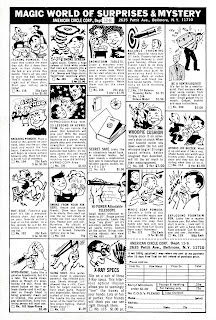 This is one of those novelty company ads from comic books. Some of these items seem almost terroristic: Hot Seat! Sneezing Powder! Itching Powder! Exploding fountain pen! How about scaring the crap out of your parents with a hypo needle that seems to plunge into your arm? "Mom! Dad! Watch me jolt up some heroin, yok yok!" Weapons of mass destruction: a sling shot with "riflelike accuracy. Excellent for targets or small game." Balanced throwing knives...little brothers watch out. You will be a target.

Of course we have the famous X-Ray Specs and "Throw Your Voice" gizmo. I'm sure plenty of kids threw them down in disgust when they realized they'd been duped.