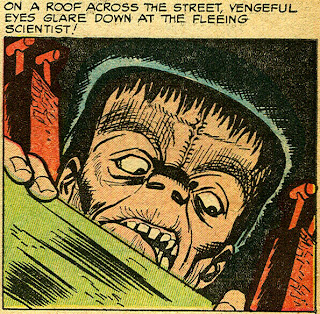 Shades of Audrey II. For the final story in the horror comics incarnation of the Frankenstein monster, from Frankenstein#33, October-November 1954, creator Dick Briefer turns to the world of botany and plants. Of course, this is a horror comic, so the titular plant is a meat-eater. The Monster is in the story as an observer, standing back from the action for the most part, until the end when he is once again set upon and betrayed by humans.

The botanist, a "mad" scientist (there are no other kinds in horror comics), remains unnamed, but gets his just desserts, a la Little Shop Of Horrors. That movie in its original, non-musical form, was released just six years after this comic was published, and it's not too much of a stretch to imagine the screenplay writer had this story in mind. Stranger things have happened.

In the next-to-last panel of the story the Monster takes off for parts unknown, but we never get to find out where he's going. The series is at an end. The last panel is reserved for the mad scientist's gruesome fate.

I said this would be the last Frankenstein Friday, but I lied. Next week a 1966 Steve Ditko story. 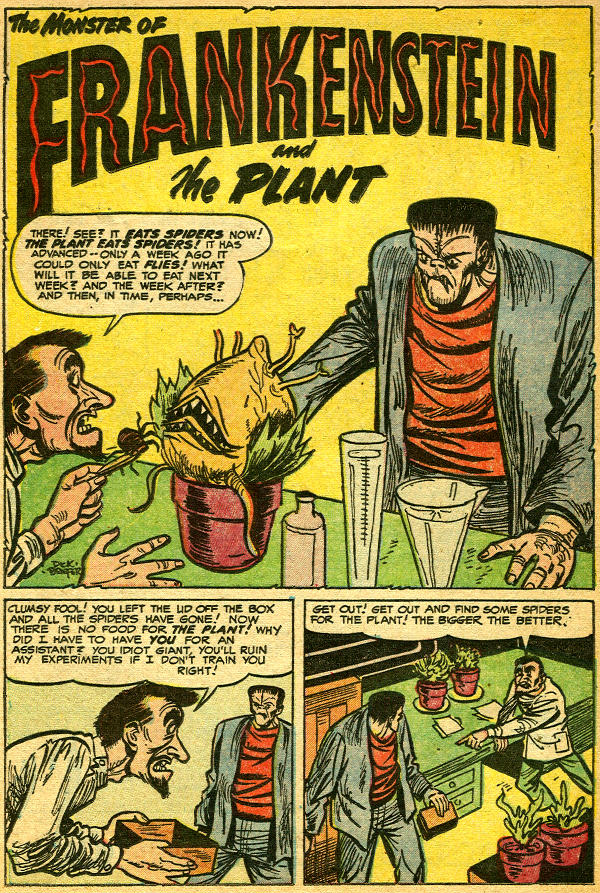 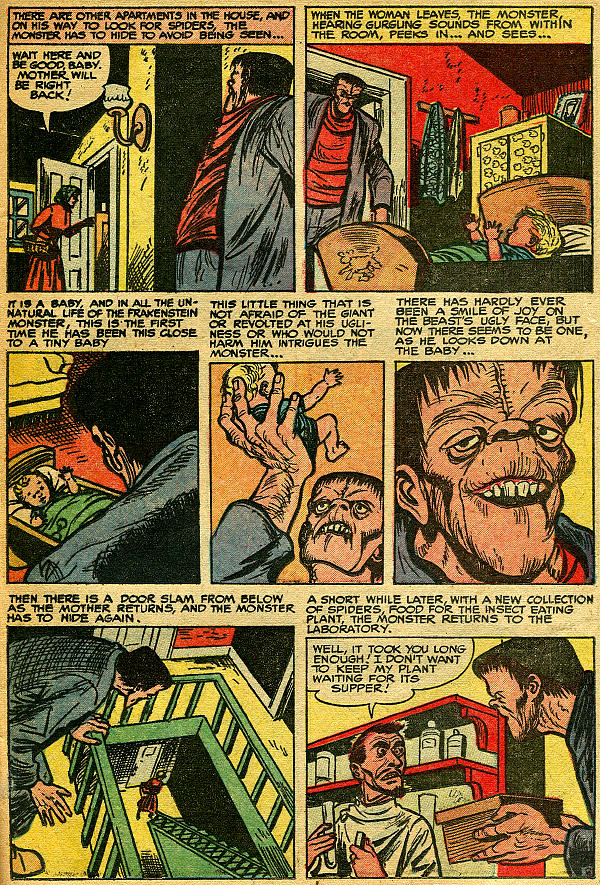 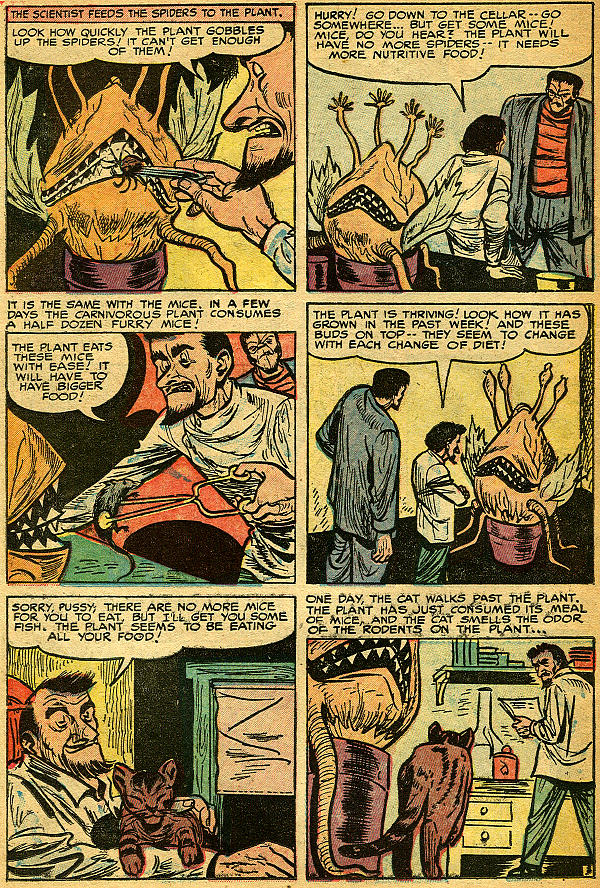 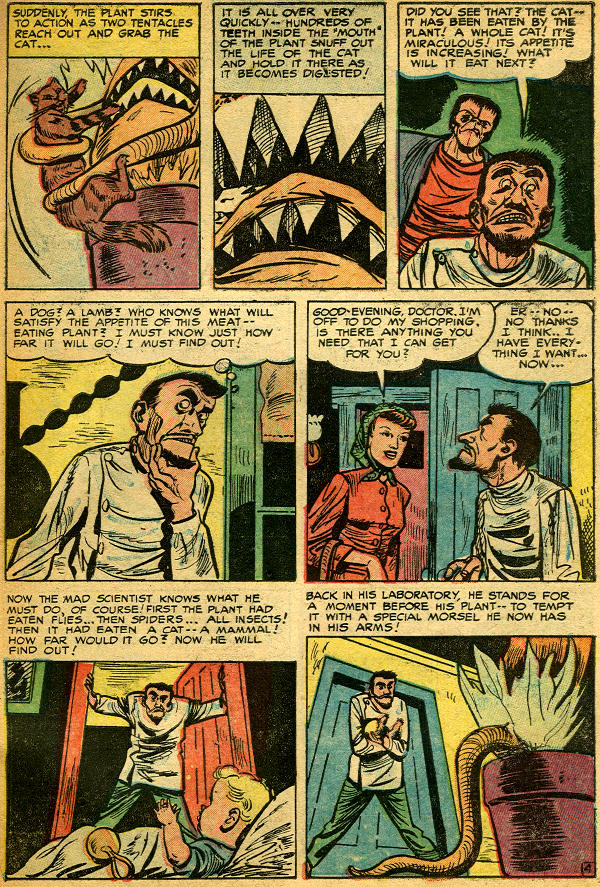 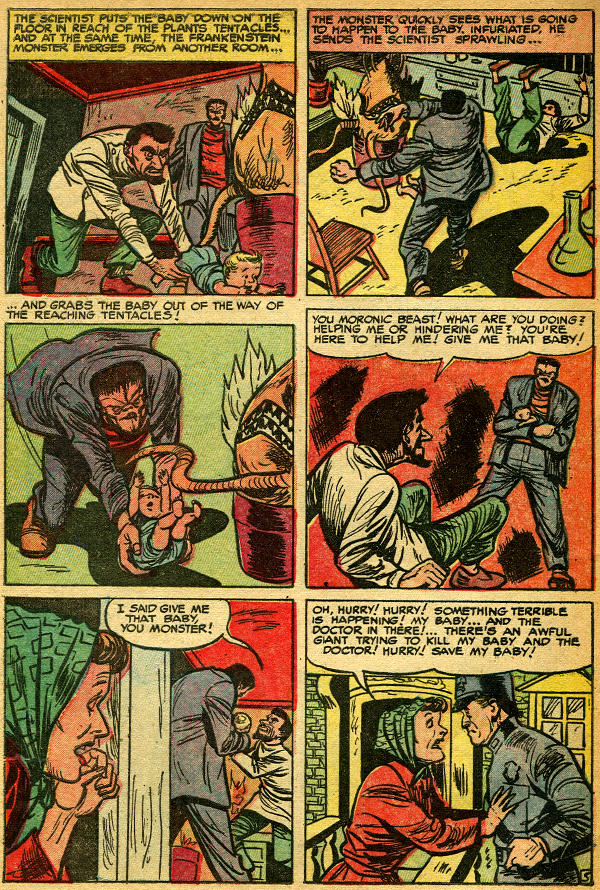 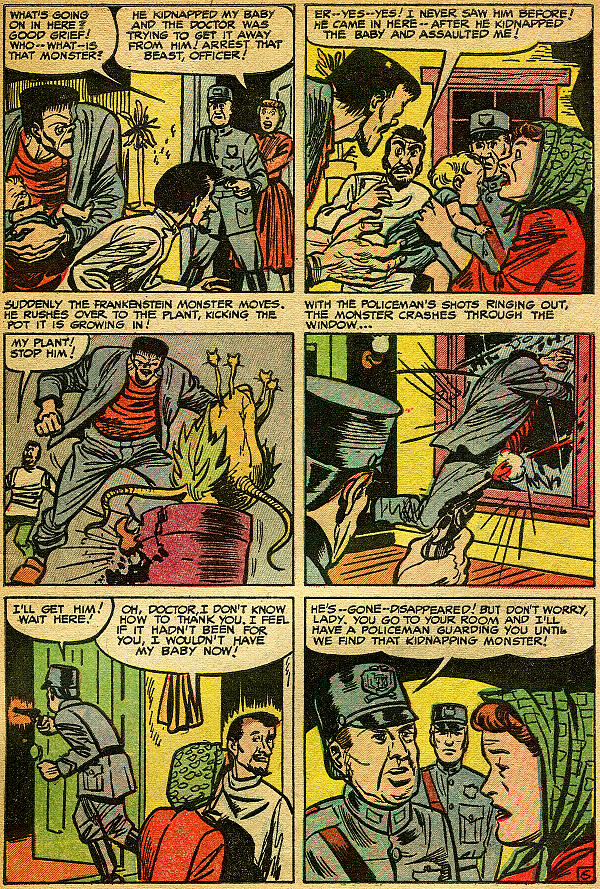 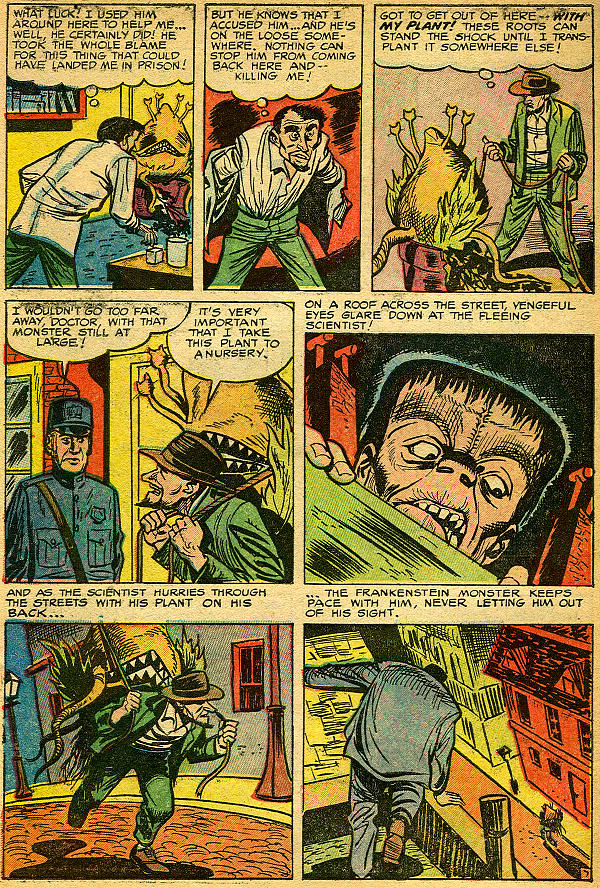 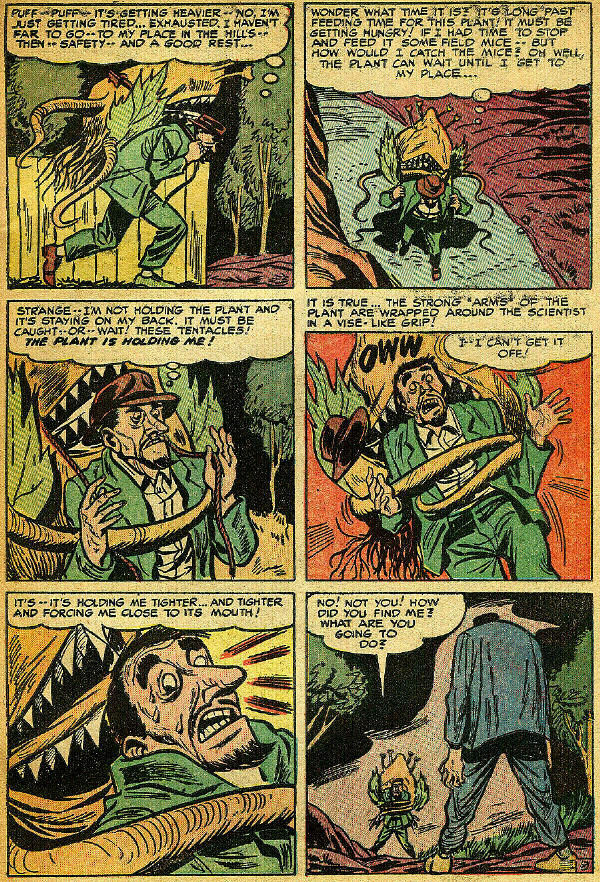 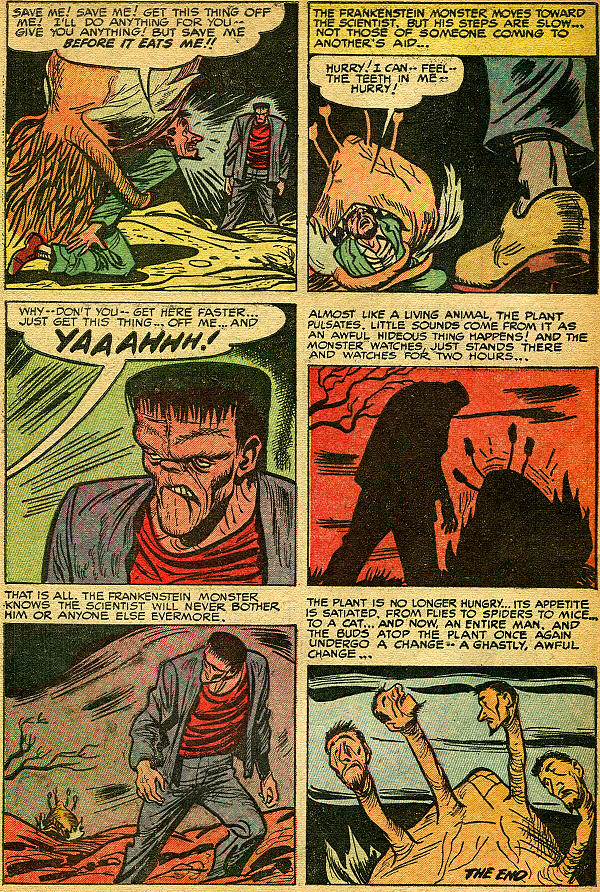 I just got this book:

The Monster Of Frankenstein, written and drawn by Dick Briefer, reprints all of the horror comics issues of Frankenstein, numbers 18 through 33, from the early 1950s.

Production on the book is good. The stories, for economy's sake, are reprinted in black and white, but the reproductions are clear. This is a page from the story that I have posted this week in color, and you can compare the two. 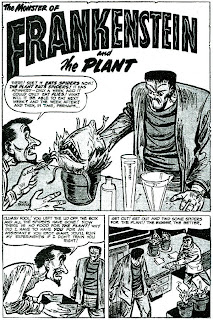 In an afterword, Briefer's granddaughter, Alicia Jo Rabins, says she grew up with her grandfather's paintings, including Frankenstein, but beyond that tantalizing claim nothing is shown. If the cover artist of this volume is identified I can't see it. The painting seems crude compared to the rest of Briefer's art, but if it is by Briefer, could have been done in his later life. 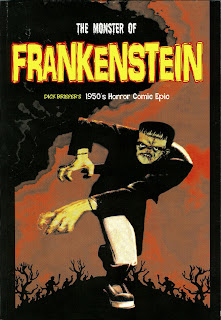 I think the covers from the individual issues should have also been reprinted, a la Marvel's Essentials and DC's Showcase series'. I believe it was a mistake of omission.

The book is available from Amazon.com for $20.99. If you've enjoyed the stories I've posted from Briefer's horror phase of Frankenstein you'll like this book.