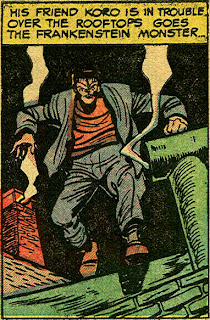 
This is the second-to-last story from the Monster Of Frankenstein series, written and drawn by Dick Briefer. It was published in Frankenstein #33, October-November 1954. That was the last issue, probably because the Comics Code was about to be instituted. Frankenstein likely wouldn't have passed the rigid censorship in the earliest days of the Code.

So far as storytelling goes, it relies too heavily on captions, some of which tell us what we're already seeing (a common error with captioning in comic books), but the plot is good, the characters are interesting and the art is well done, especially for this series.

While competently drawn, I wonder if Briefer's heart was into this more serious cartooning style after the years he spent with his funny Frankenstein character. 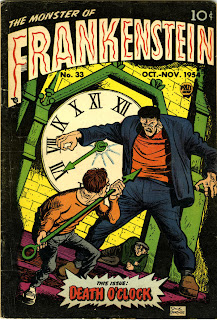 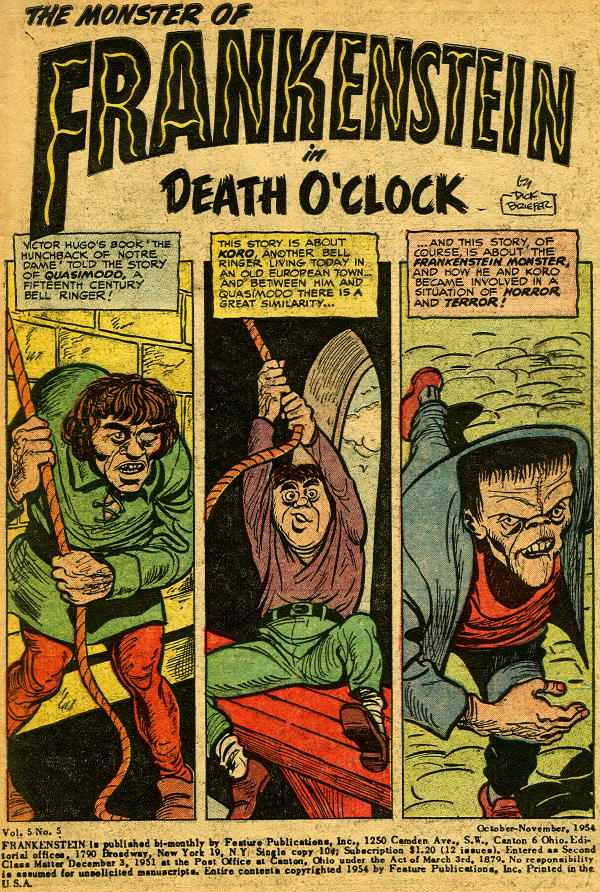 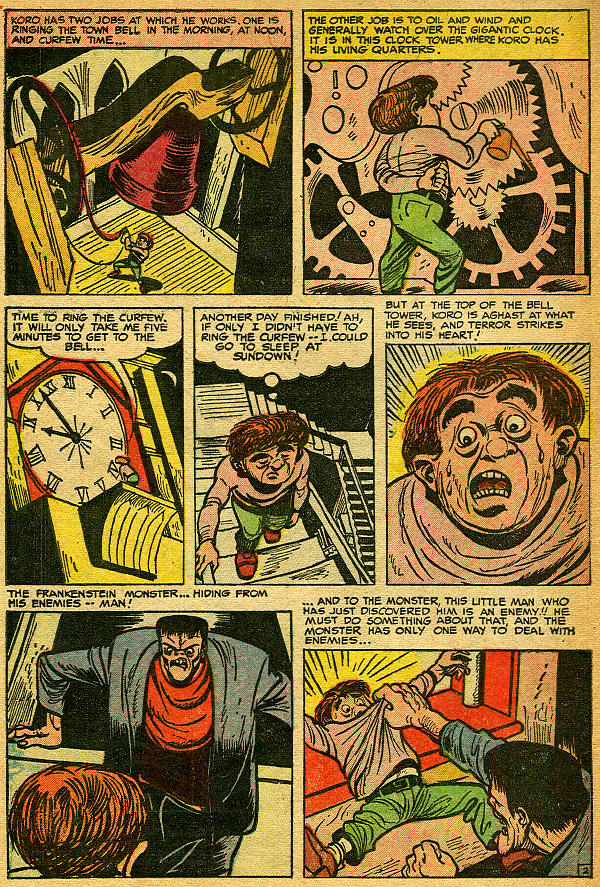 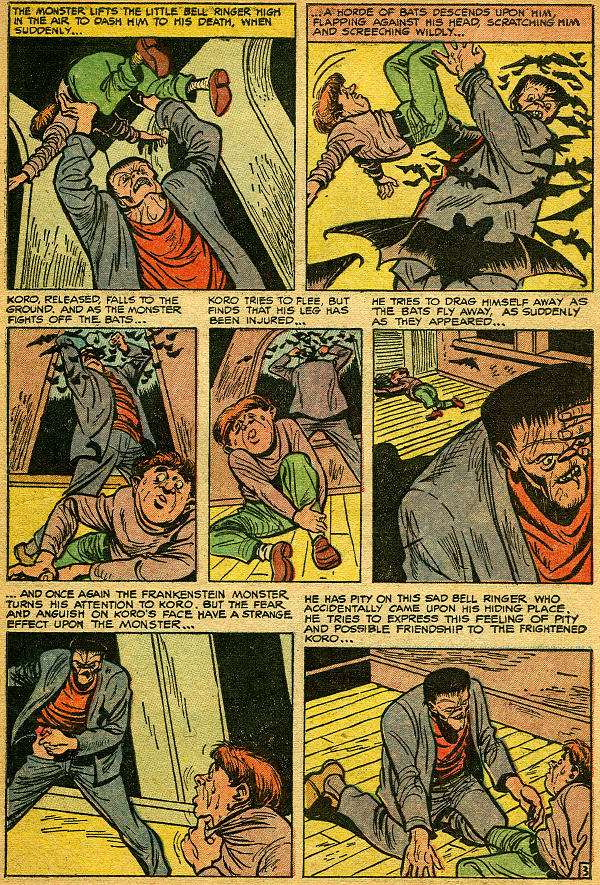 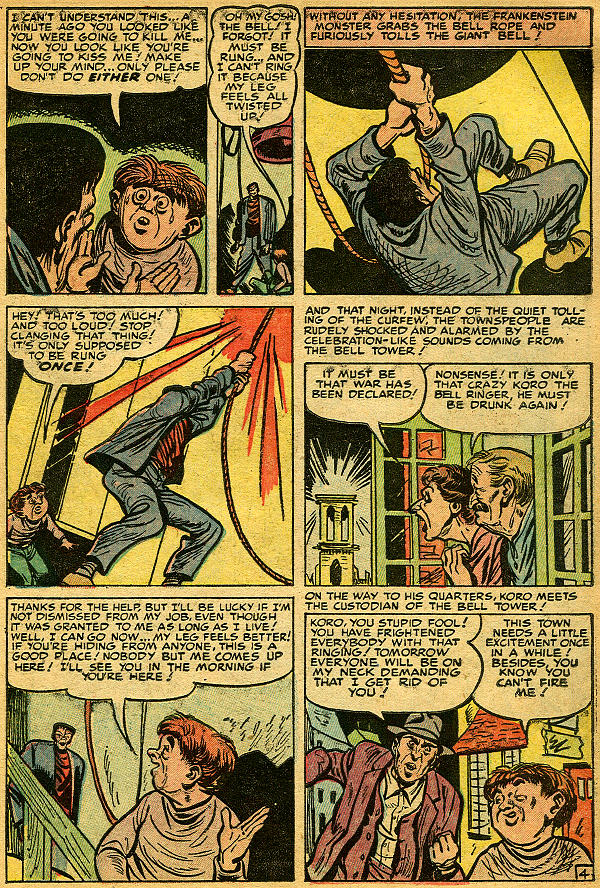 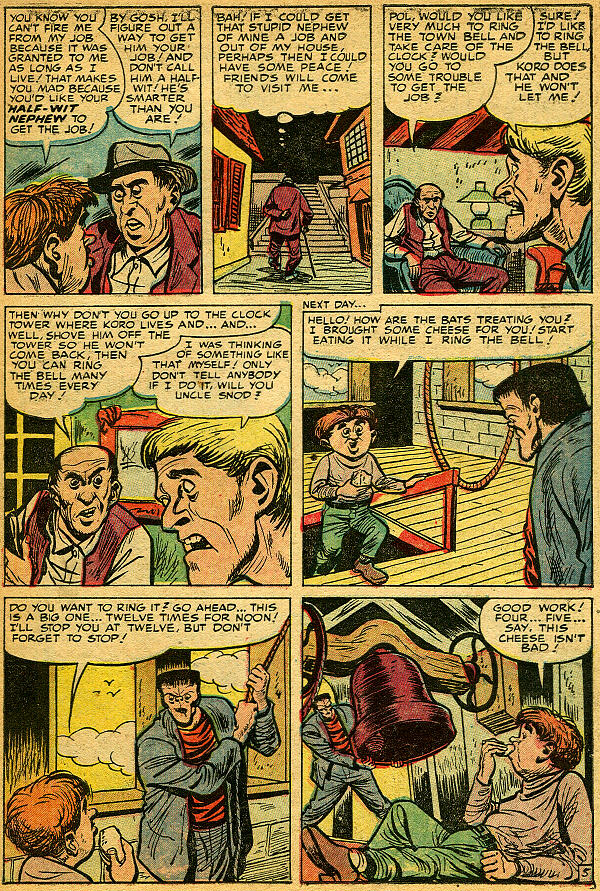 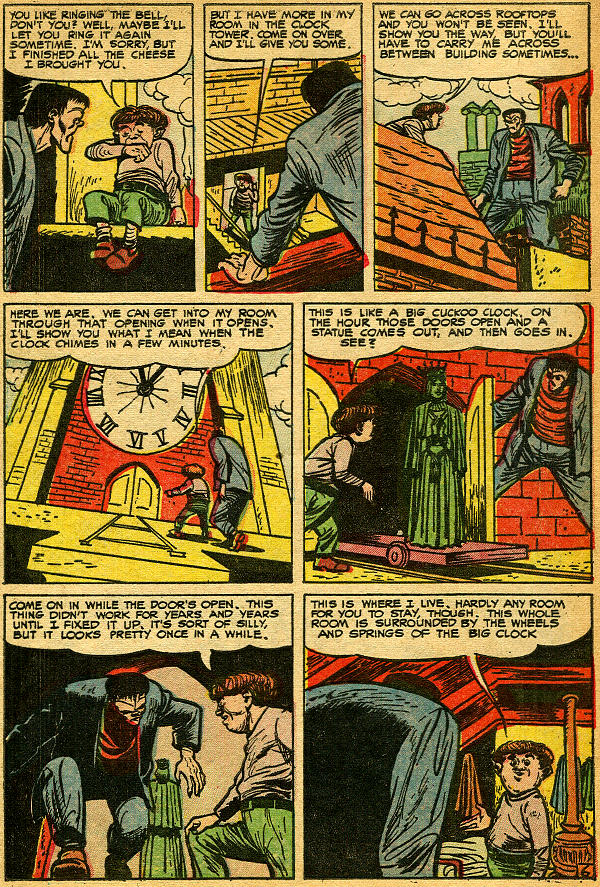 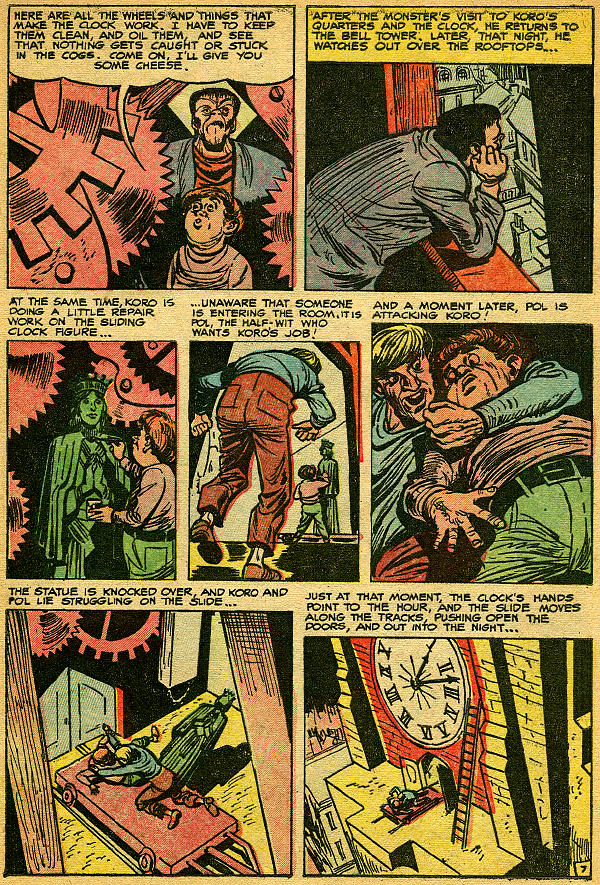 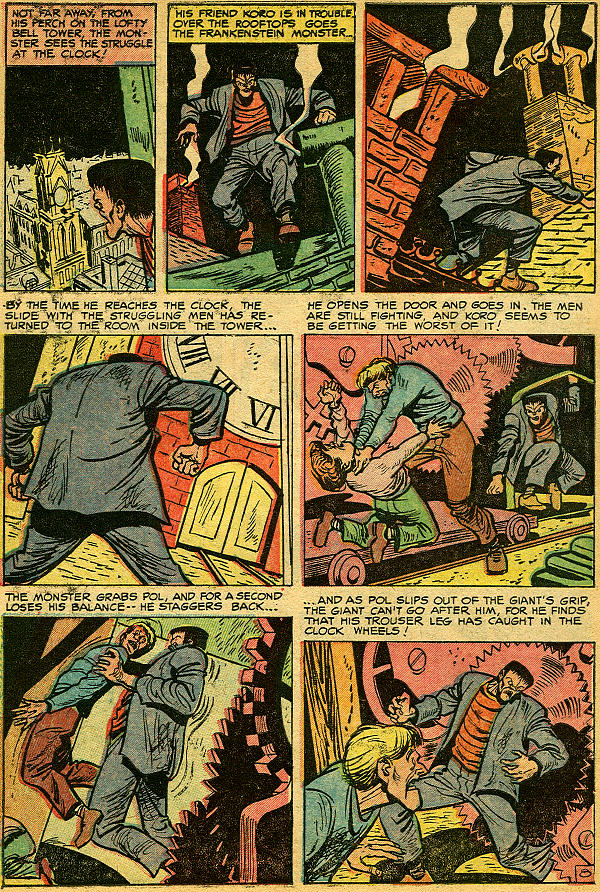 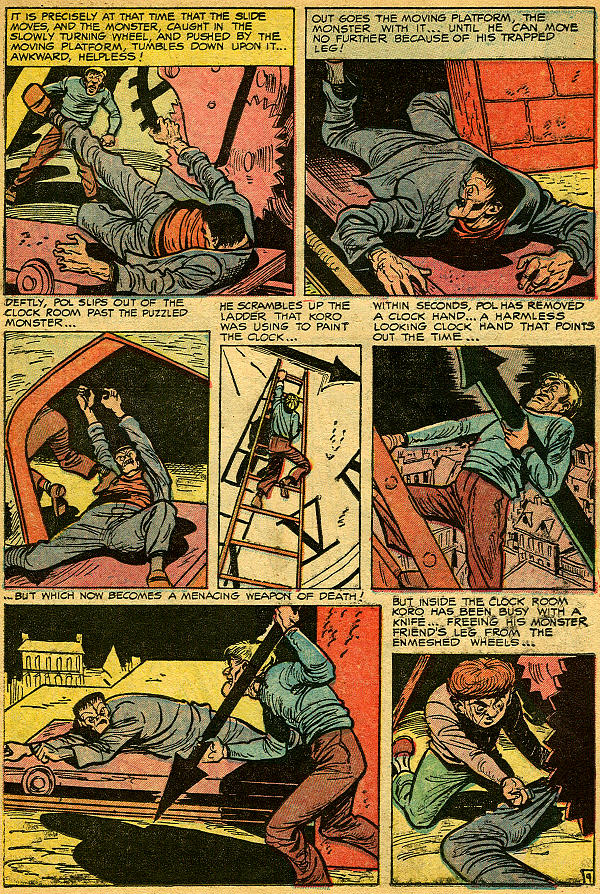 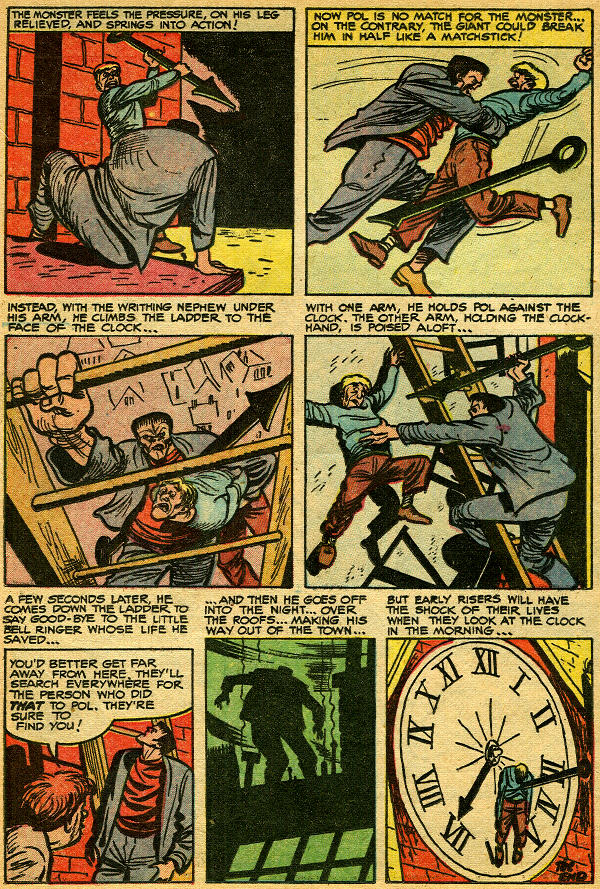