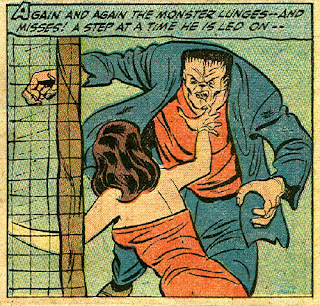 
Dick Briefer's Frankenstein series went on hiatus for about three years. The last issue of the  cartoony Frankenstein, #17, was in 1949. In 1952 the character was revived to be more like he was conceived in the movies, an inarticulate, grunting beast, not totally human. This was during the horror comics boom of the early '50s. Frankenstein isn't quite like other horror comics because of the recurring character, but also because there isn't a whole lot of horror going on!

This story, "World Of Monsters," is a tale incorporating elements from H.G. Wells' The Island Of Dr. Moreau, (the human girl created from a wildcat), and Arthur Conan Doyle's The Lost World, (a mesa with dinosaurs). There's also a panel of the Frankenstein Monster in hand-to-hand combat with a dinosaur, which brings King Kong to mind. 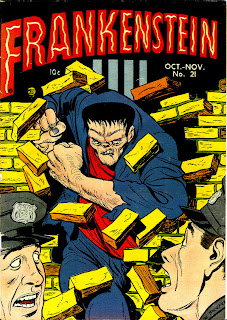 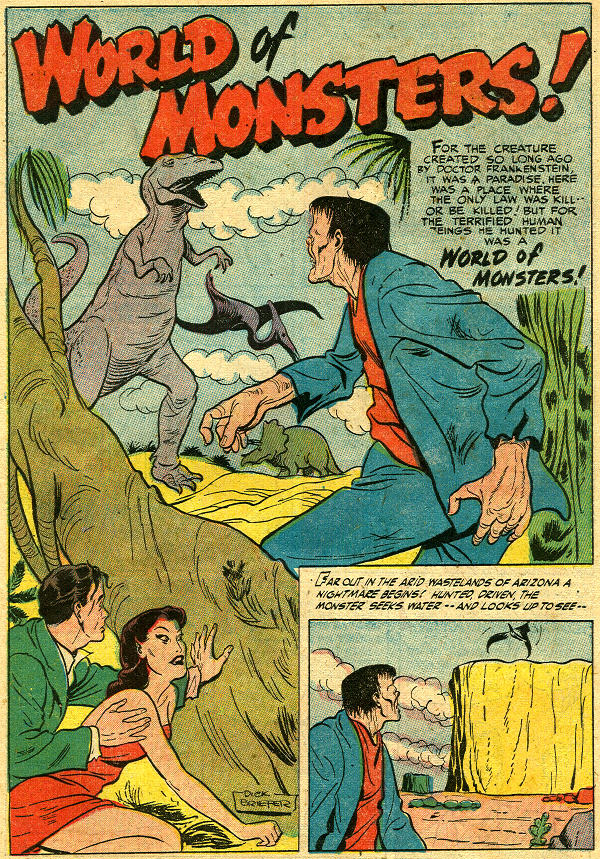 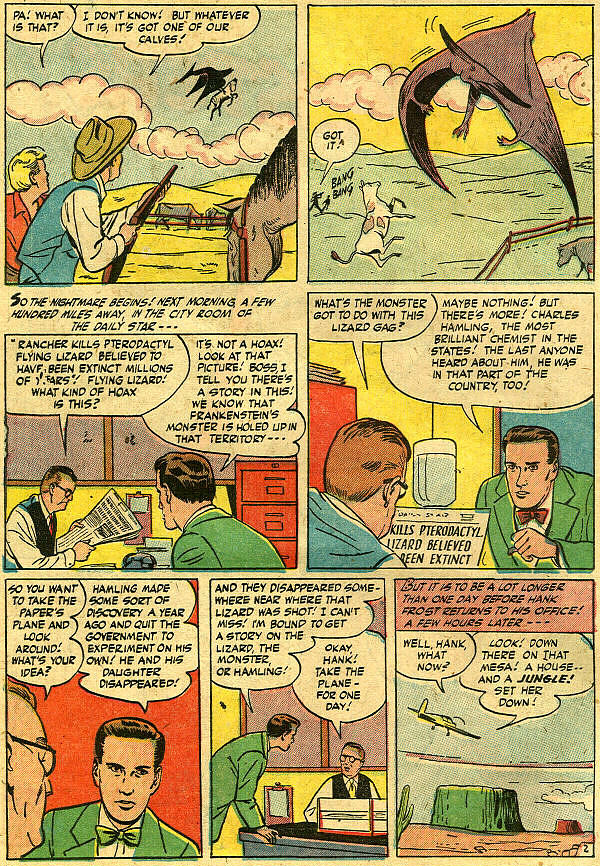 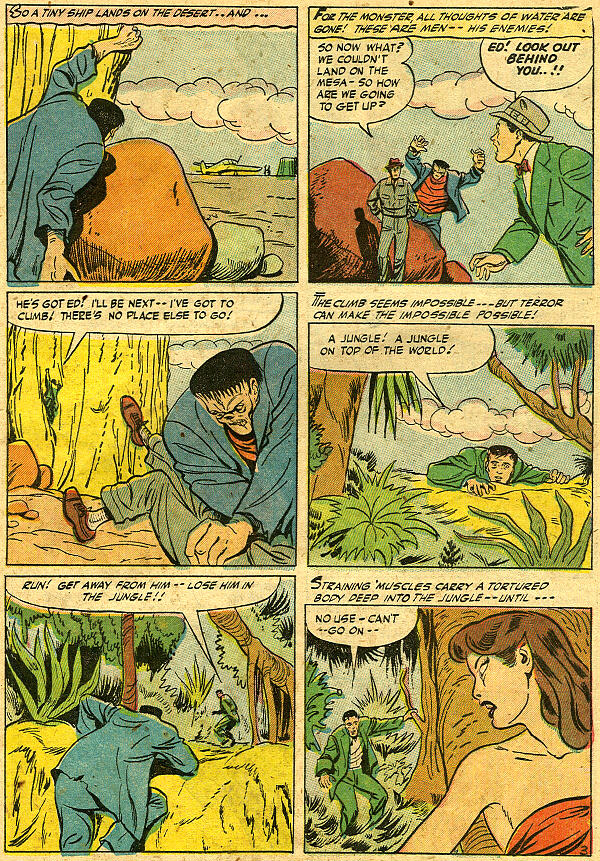 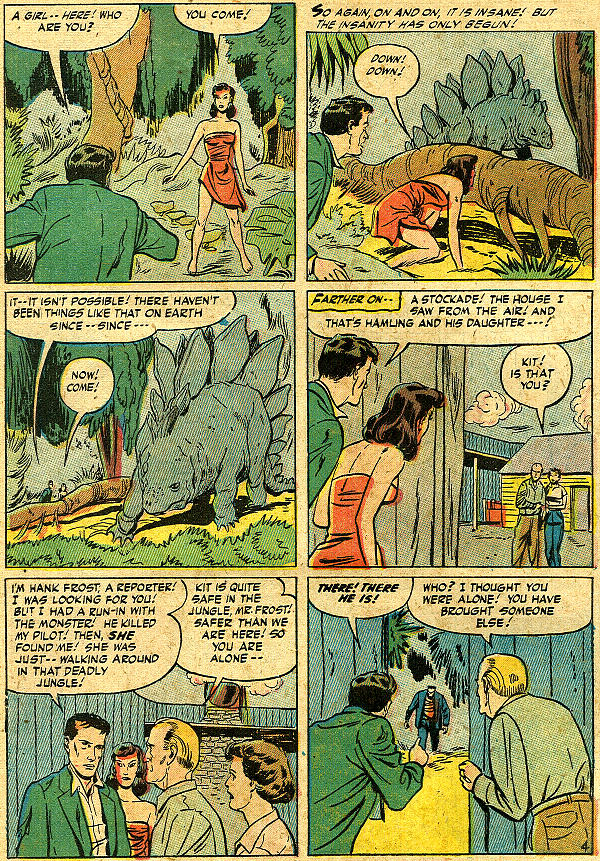 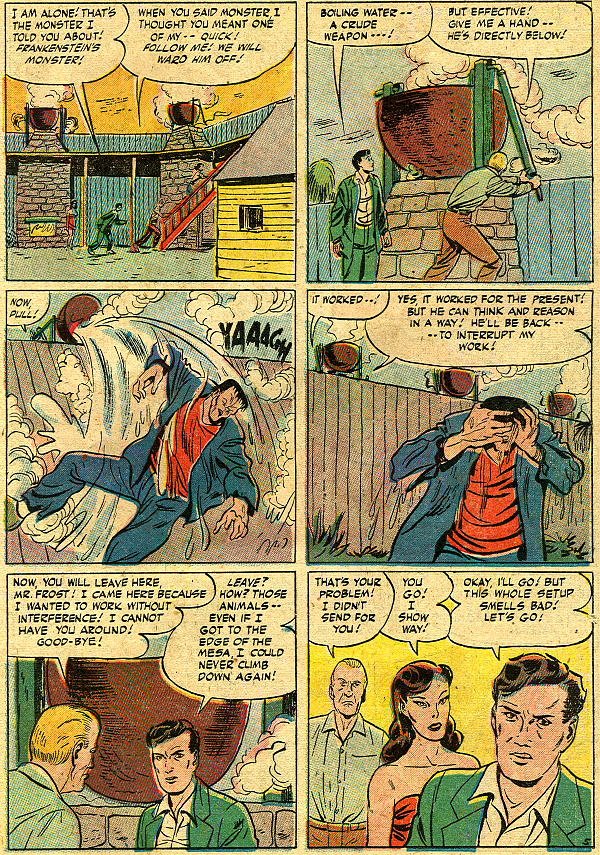 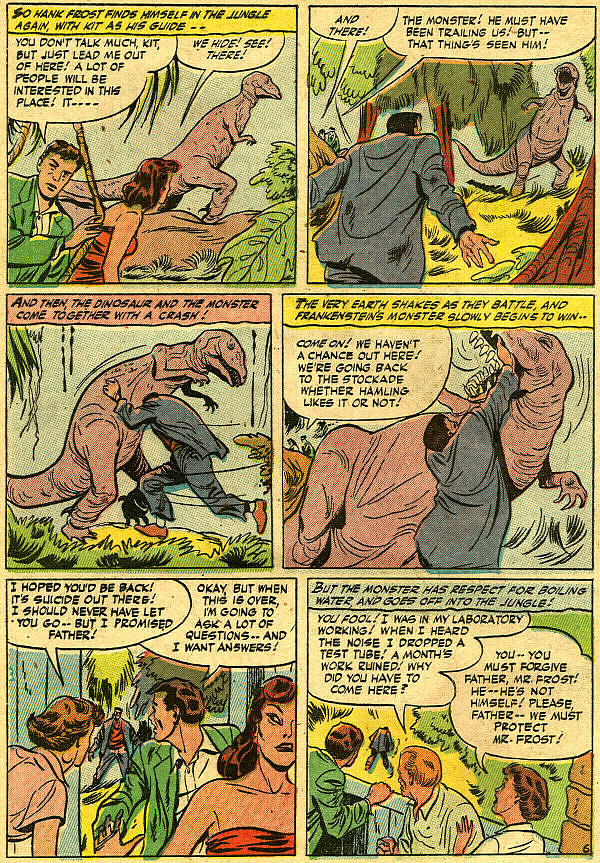 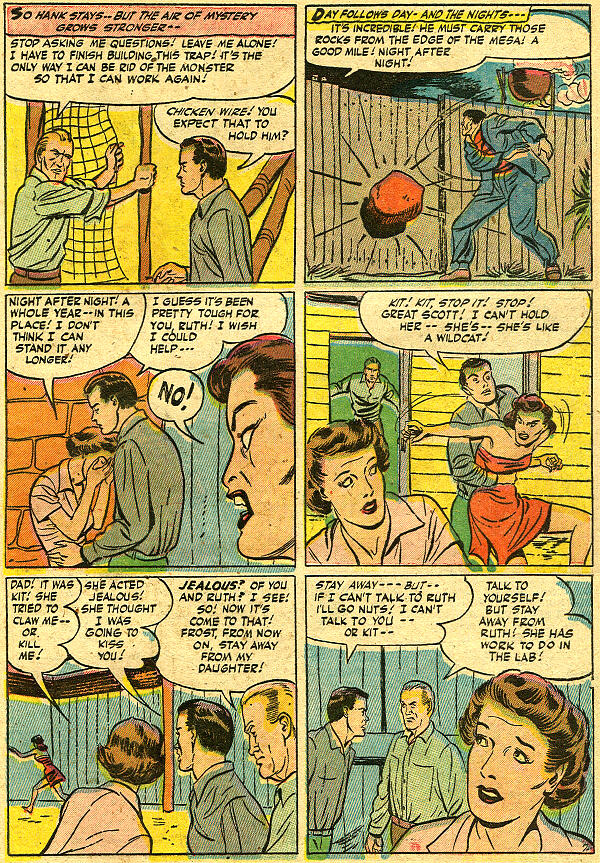 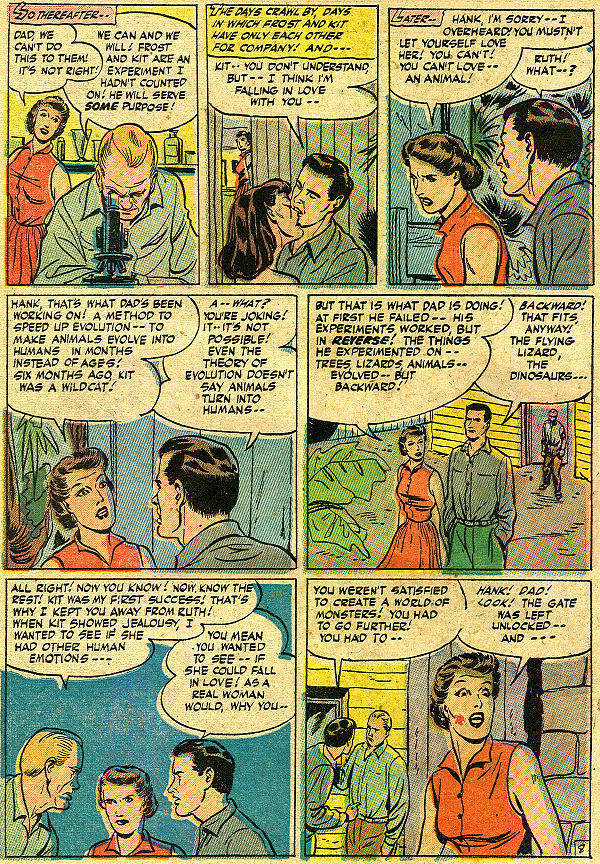 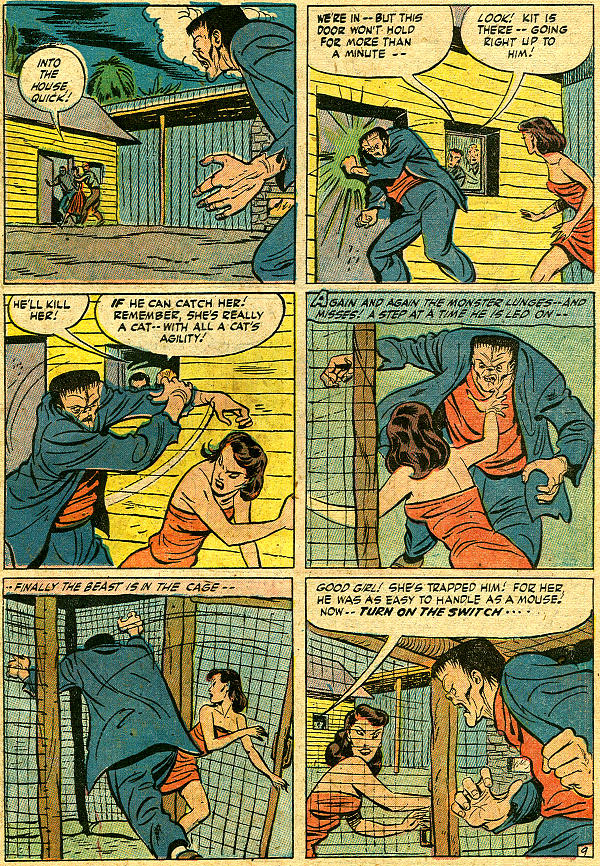 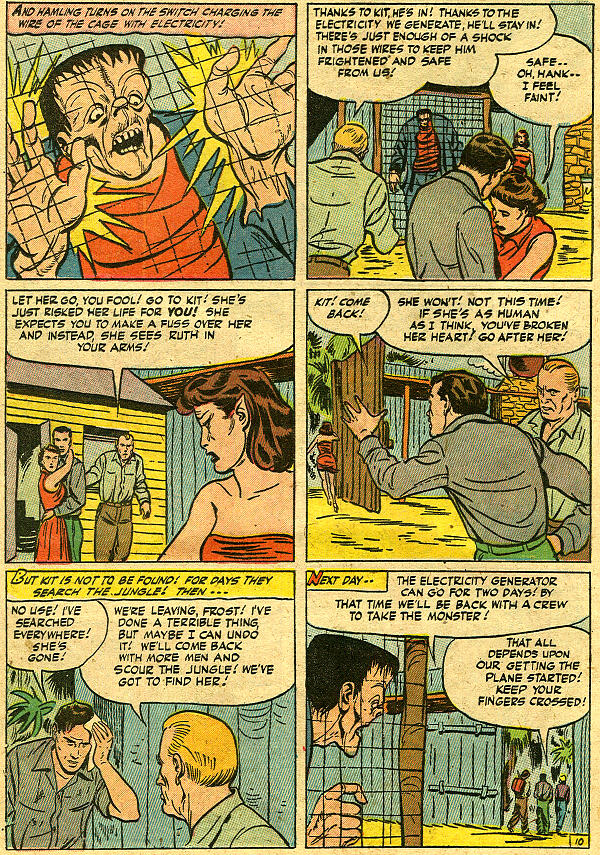 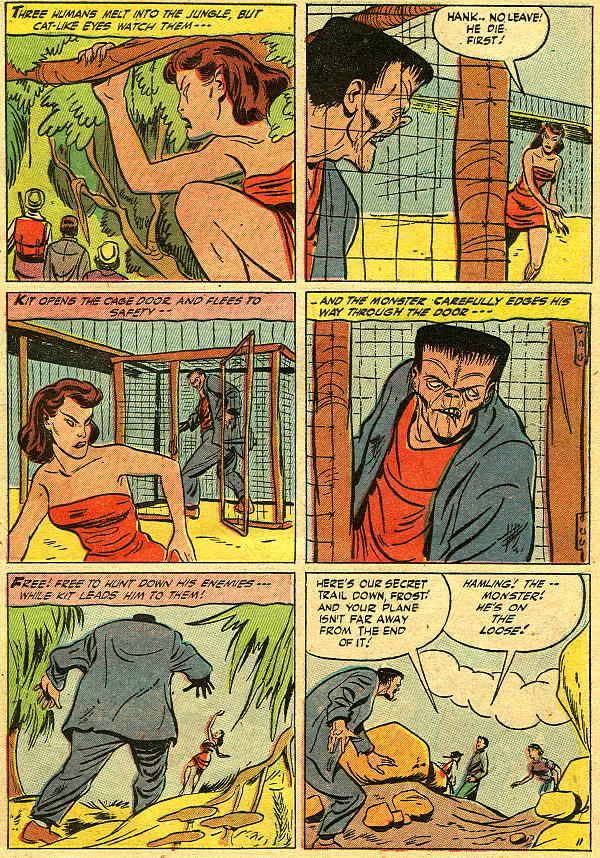 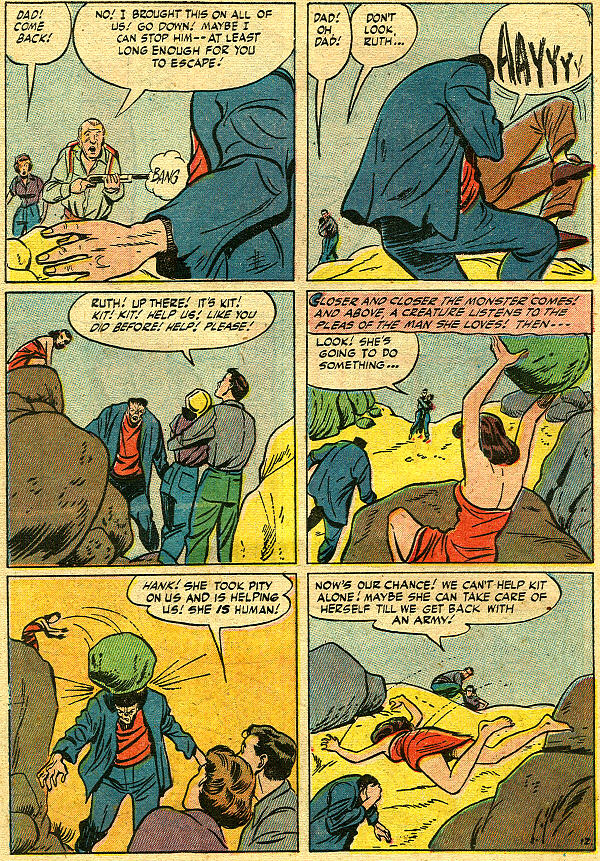 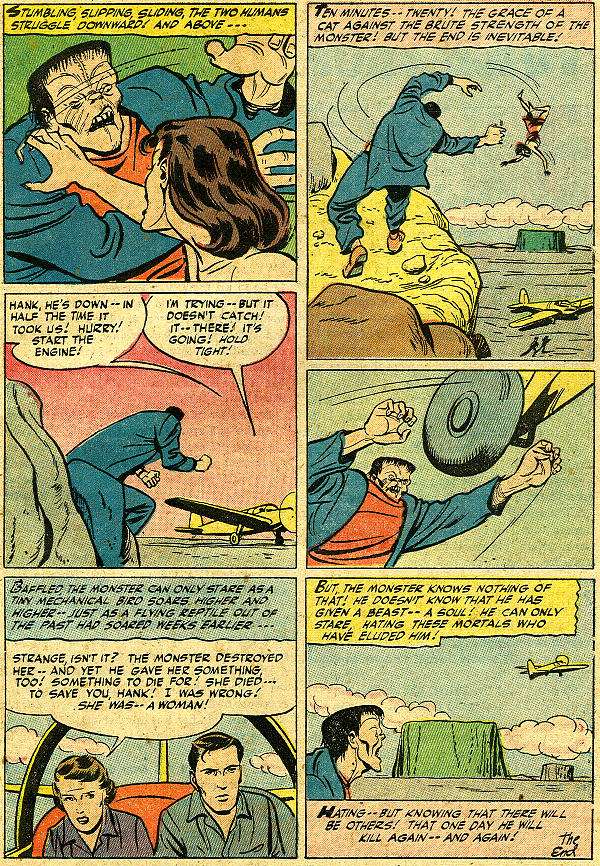