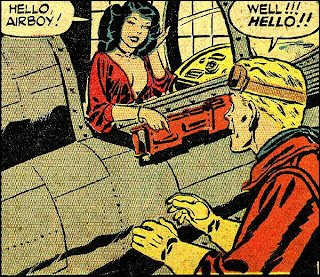 
Airboy Dazzled and Duped By A Dame!


I've been wracking my brain trying to figure out what I could do to commemorate Valentine's Day for you. I never got around to collecting love comics, so I dug around and found this story of how Airboy found--and lost--love.

Fred Kida was the artist. In the late 1940s the art of Milton Caniff on Terry And The Pirates and then Steve Canyon was very influential with other artists. Some artists pulled off the Caniff look better than others. Kida was one of the best. Every page here is a primer in how to draw in that style: naturalistic figure drawing, bold inking, great camera angles and composition, not to mention the use of interesting and exotic backgrounds.

Kida also drew a very nice looking babe in Laura. We can see why Airboy was so taken by her.

Oh, did I mention? The story is interesting, too. 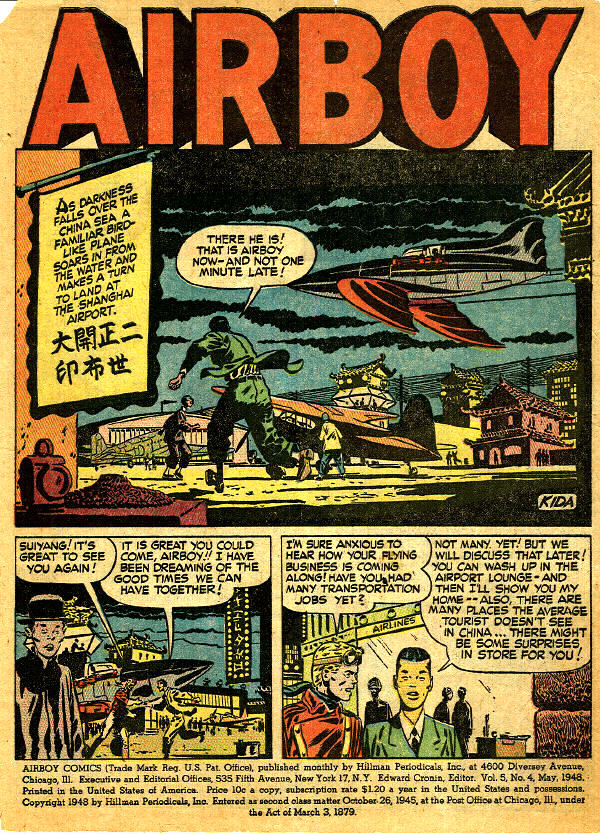 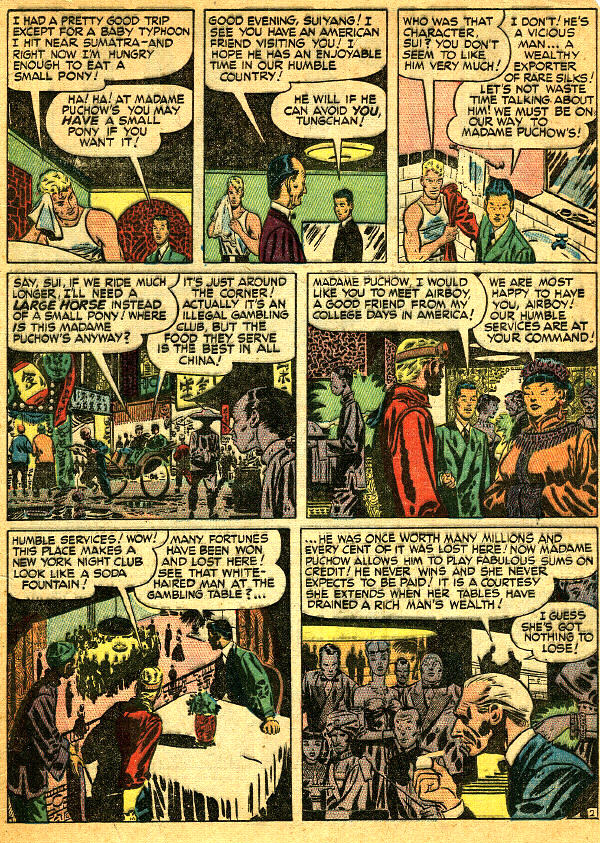 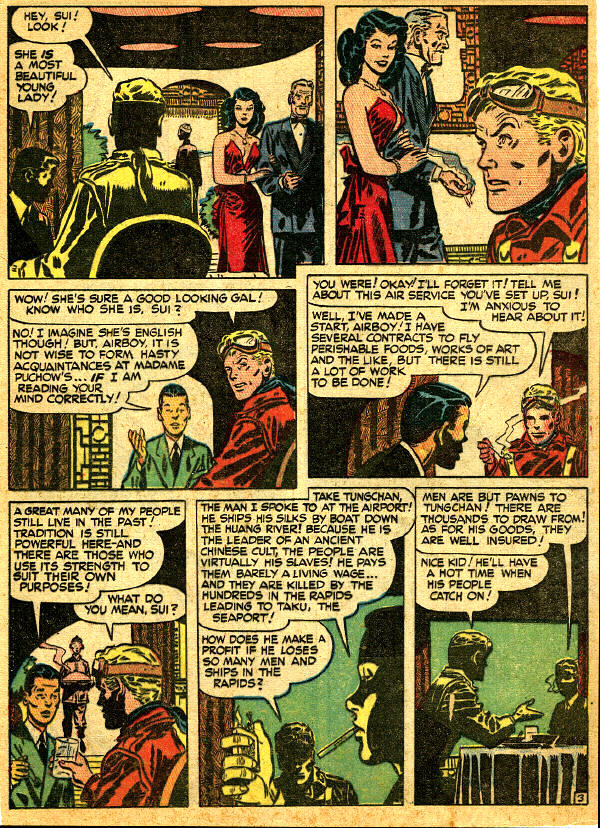 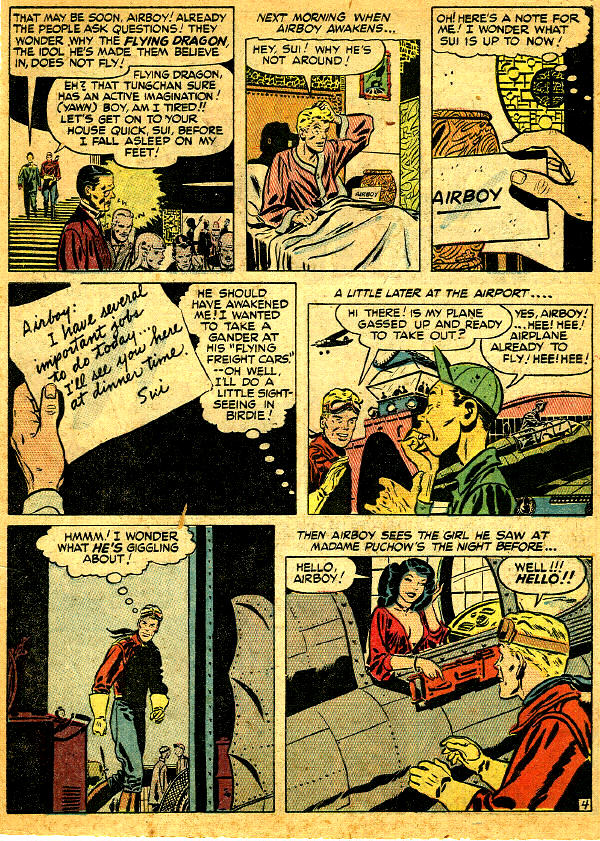 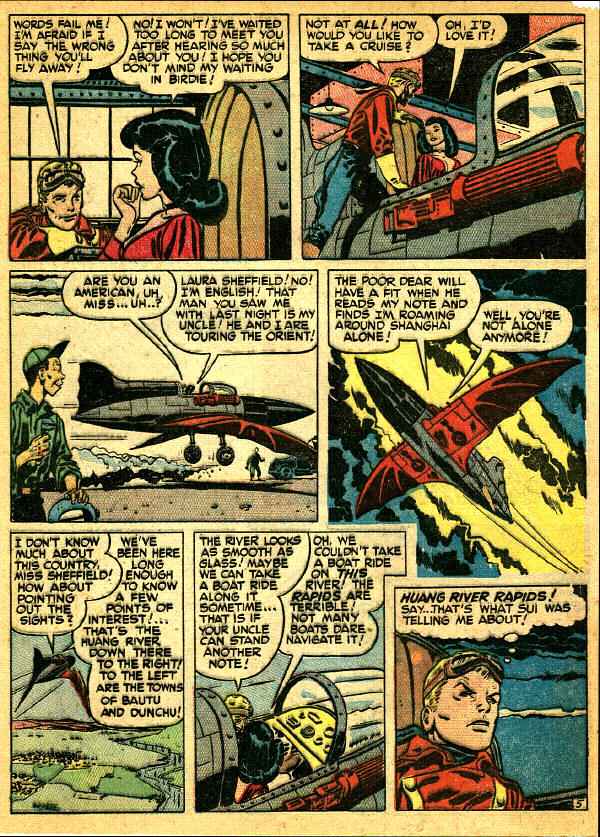 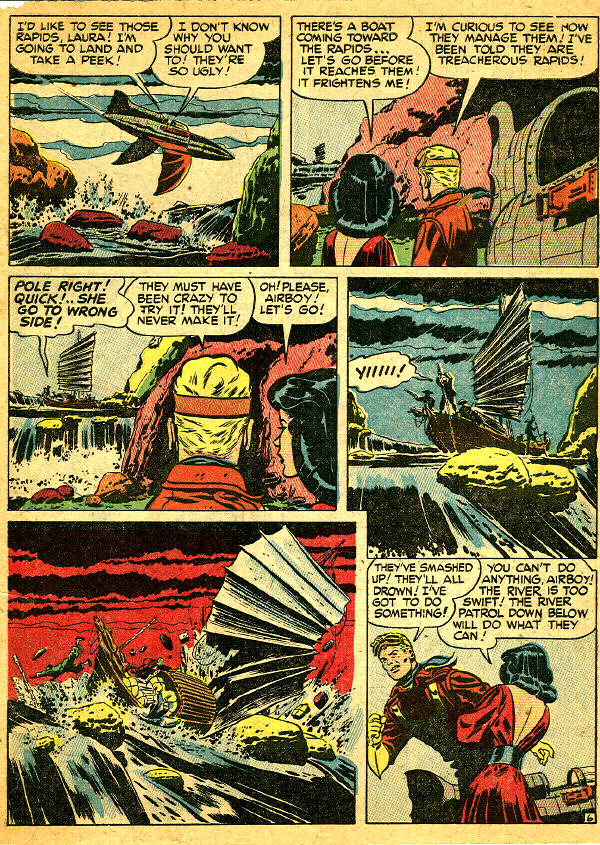 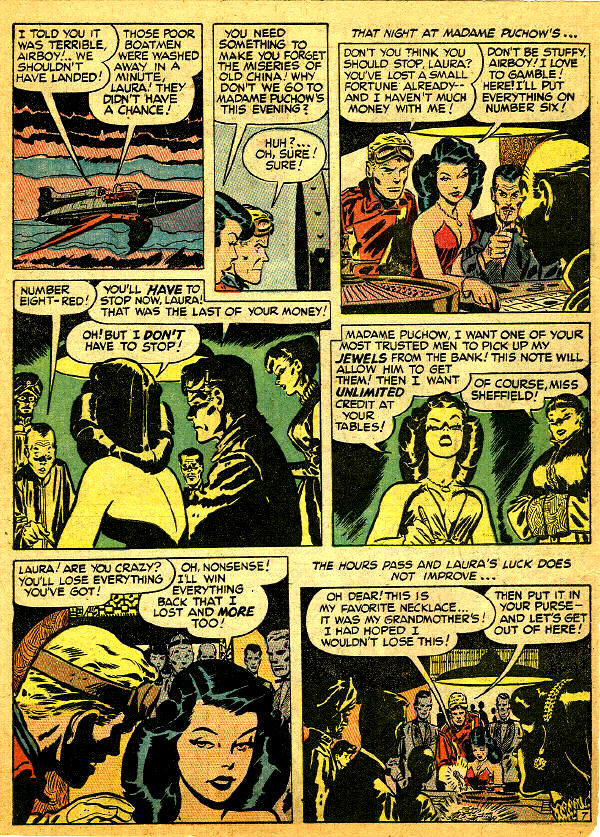 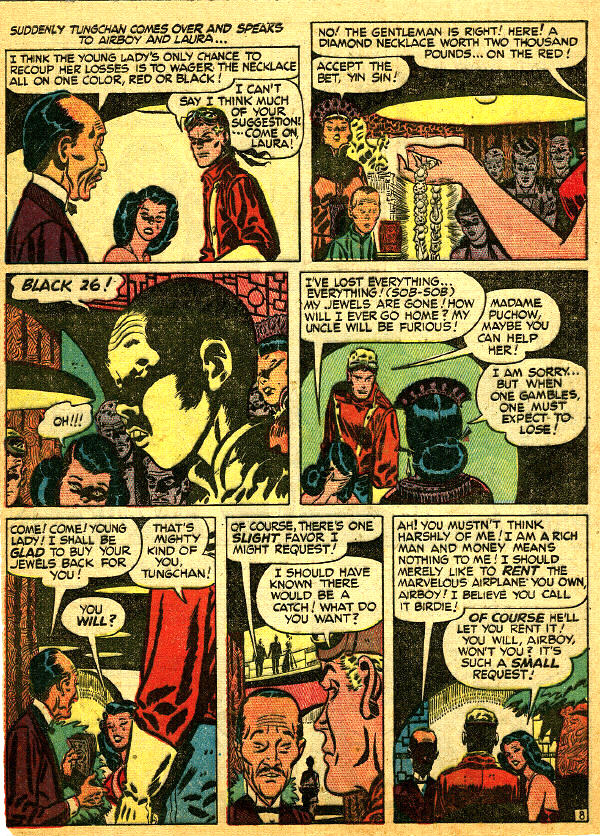 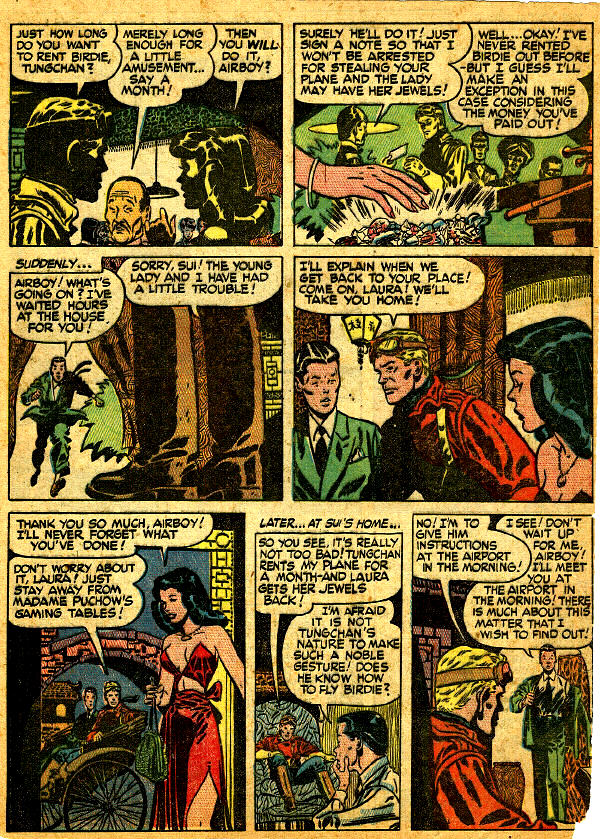 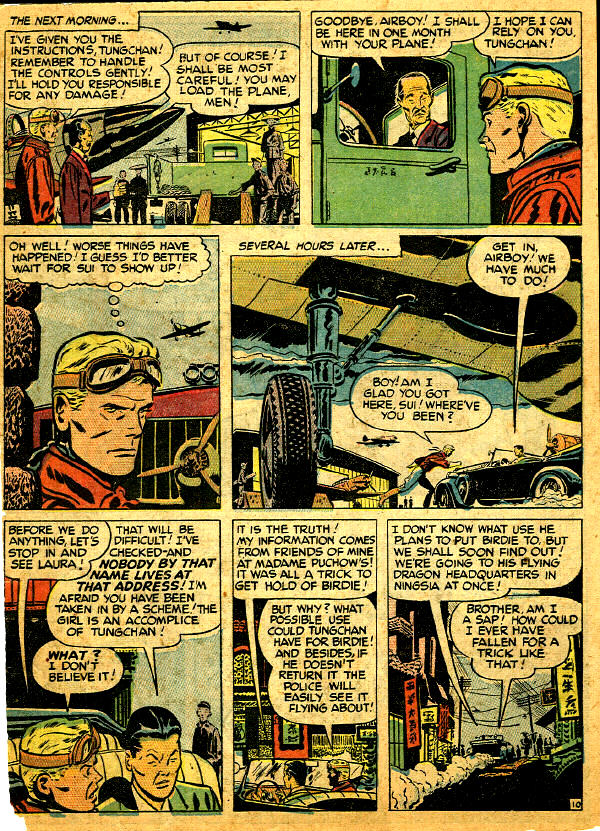 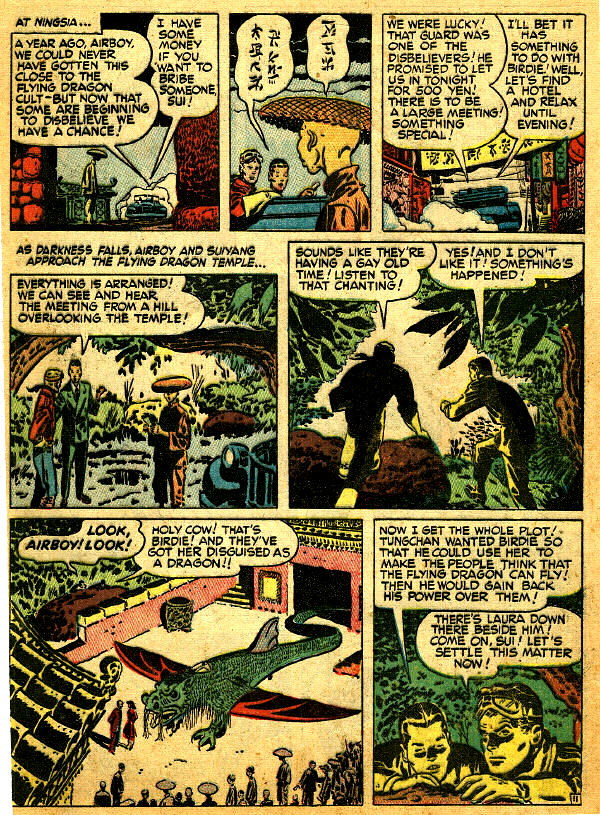 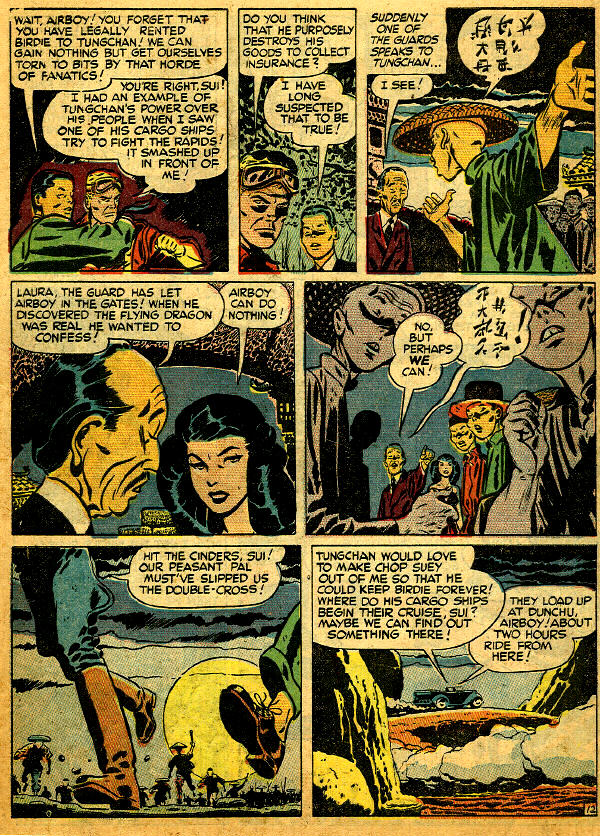 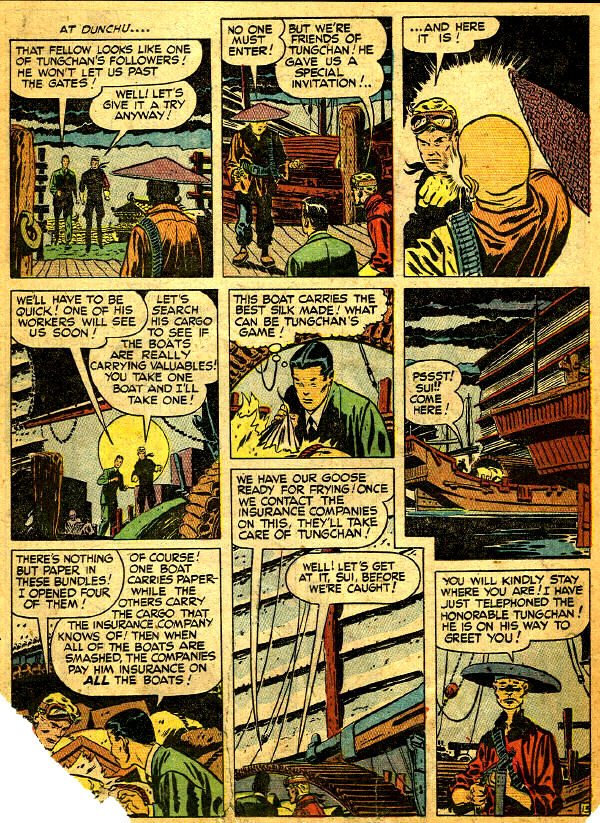 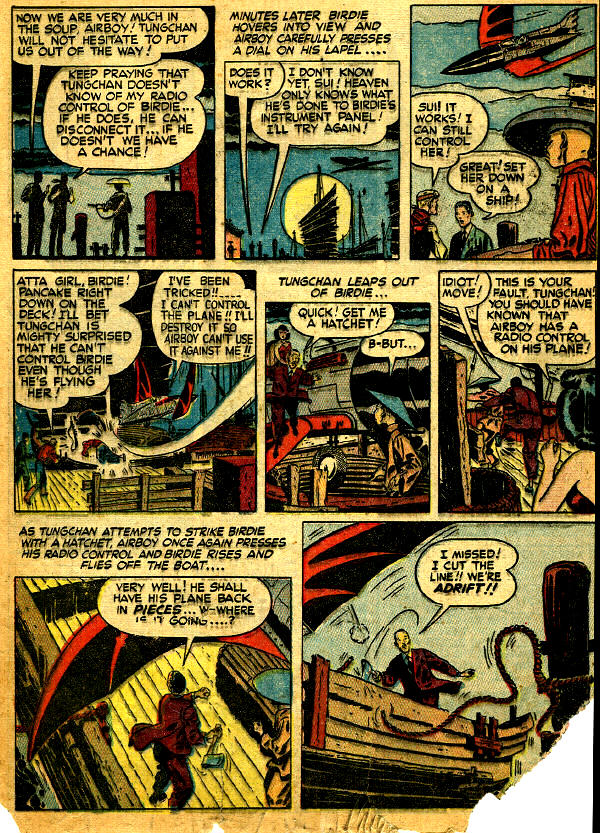 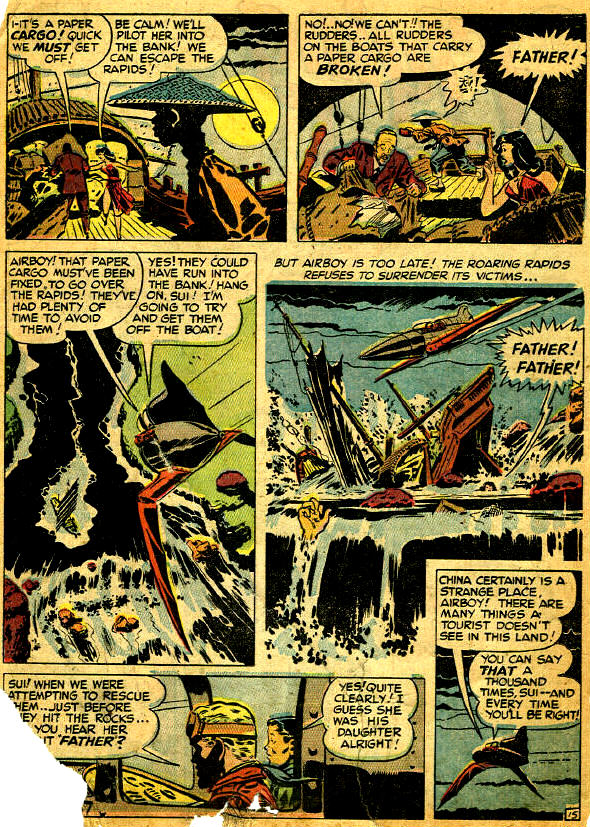