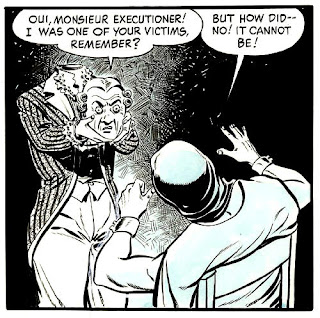 
Bob Powell's The Man In The Hood!


The truly great Golden Age comic book artists were the artists of whom it could be said, "that guy could draw anything.*" Bob Powell could draw anything, and he drew anything extremely well. It didn't matter the genre: crime, science fiction, jungle, western, horror, romance, super-heroes…he could draw it.

My favorite period of his is in the mid-to-late Golden Age, circa 1947 to 1954. Powell never worked for the biggest of the bigs in the publishing industry. During his time in the 1950s he was active with four publishers, mainly Magazine Enterprises (ME), Fawcett, Harvey and St. John. My favorite stories of Powell's from this early 1950s era are his horror stories. He did some fine ones. Luckily some of the original art from those stories still exists, found in a warehouse for Harvey Comics.

I'm posting a story scanned from original art (courtesy of Heritage Auctions, to whom I am grateful) that I think is topnotch Powell. The story, "The Man In The Hood," from Chamber Of Chills #13, 1952, is a gruesome story set in the period of the French Revolution, involving the guillotine and the executioner, a man who stays safely inside his mask. 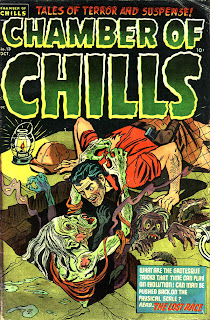 The artwork in this story is superb. Powell did use assistants--he'd have had to or he'd never have been able to produce as much work as he did in those years--and they did a wonderful job, but he had the control. The art always looks like Powell.

A characteristic of Powell's artwork was to give the color artist a light blue watercolor wash in areas he wanted emphasized with color. I'm sorry that wash doesn't reproduce better in my scans. 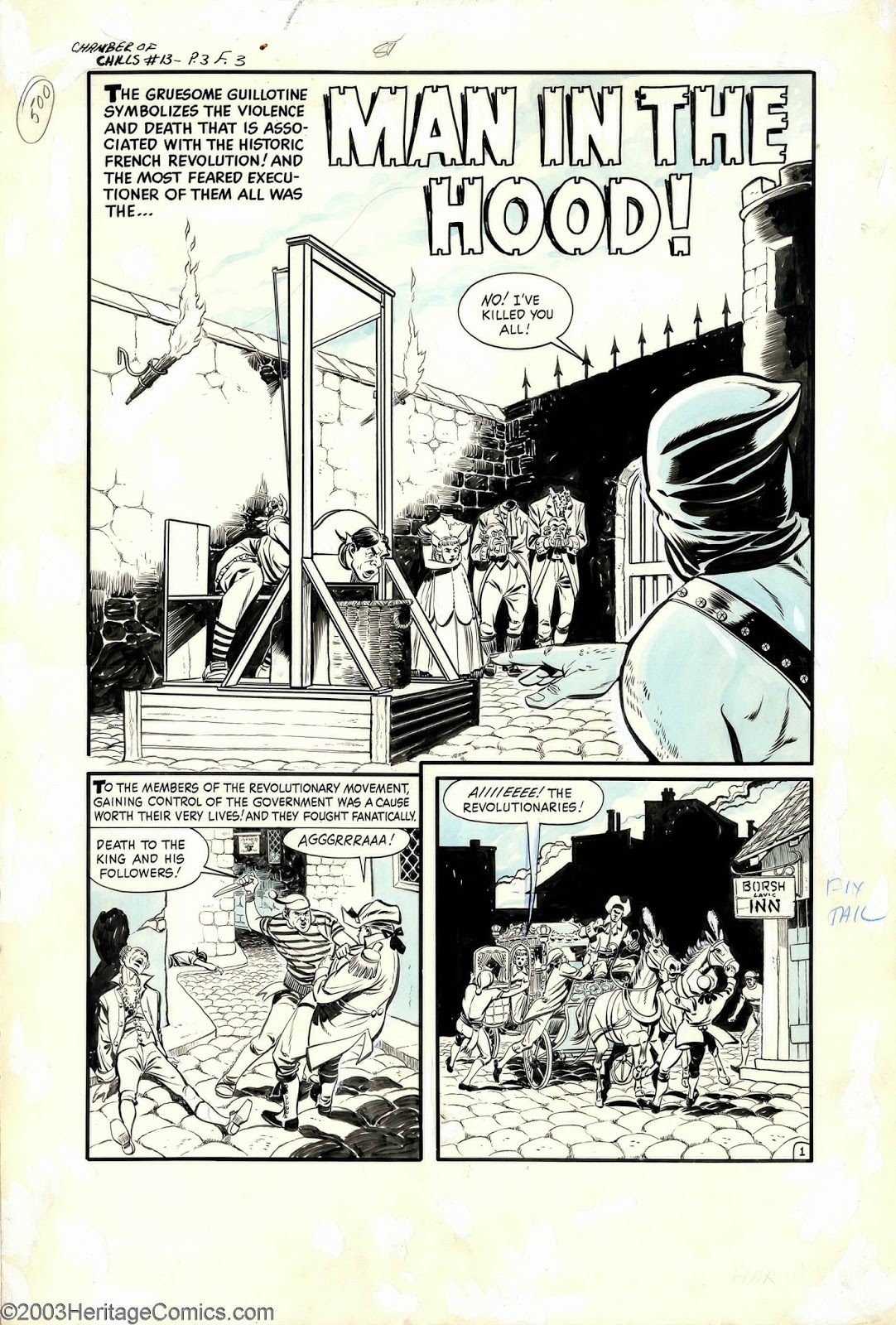 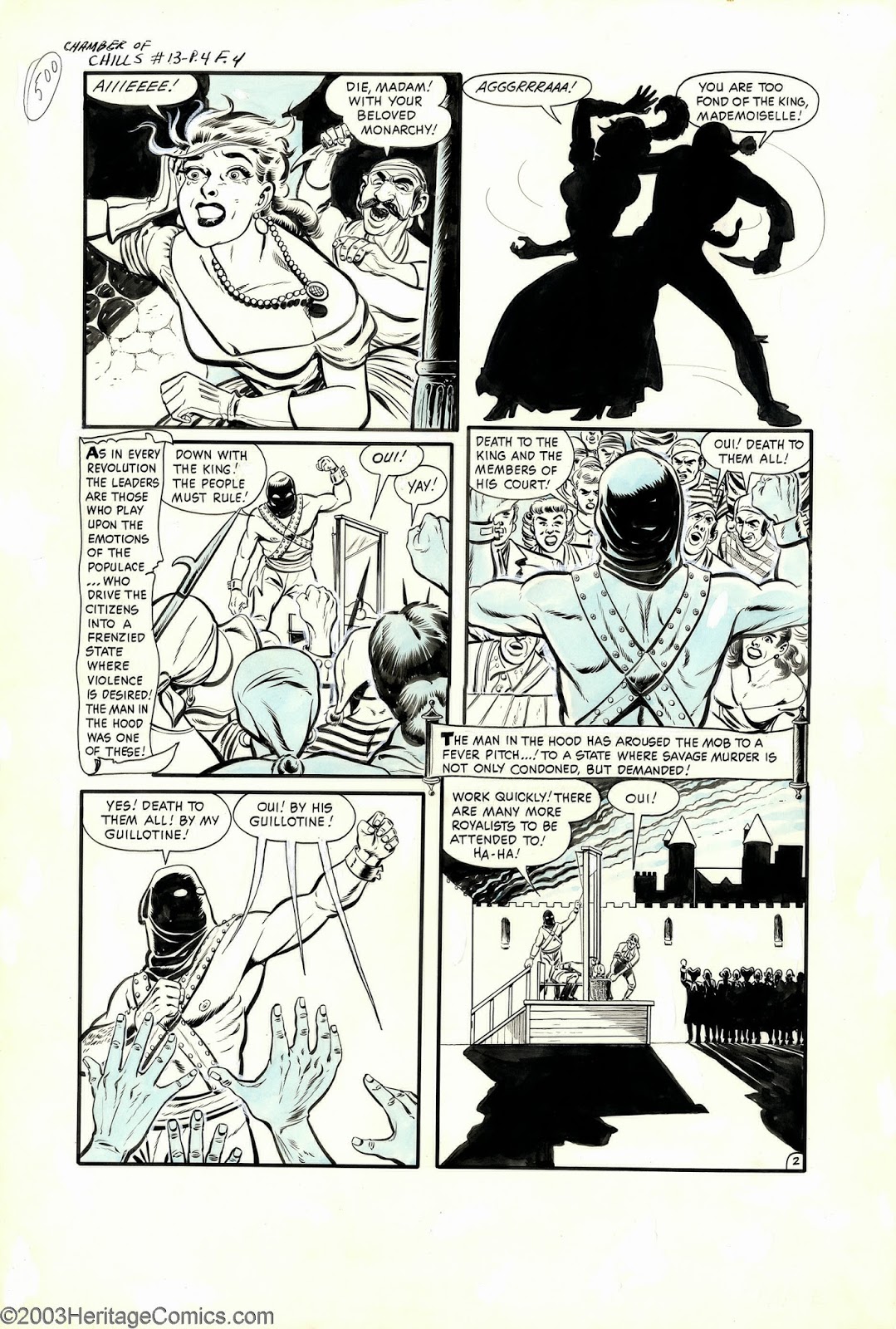 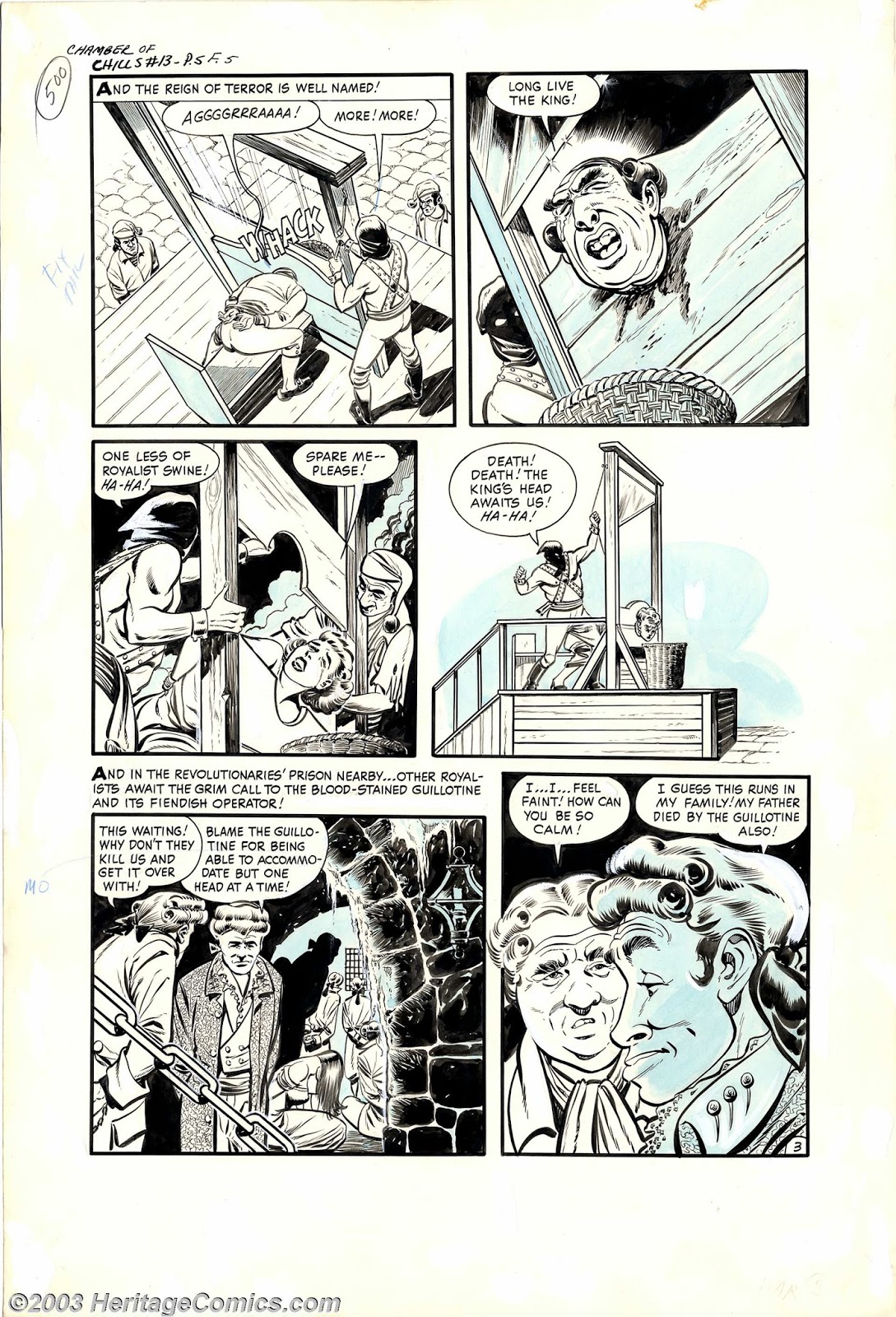 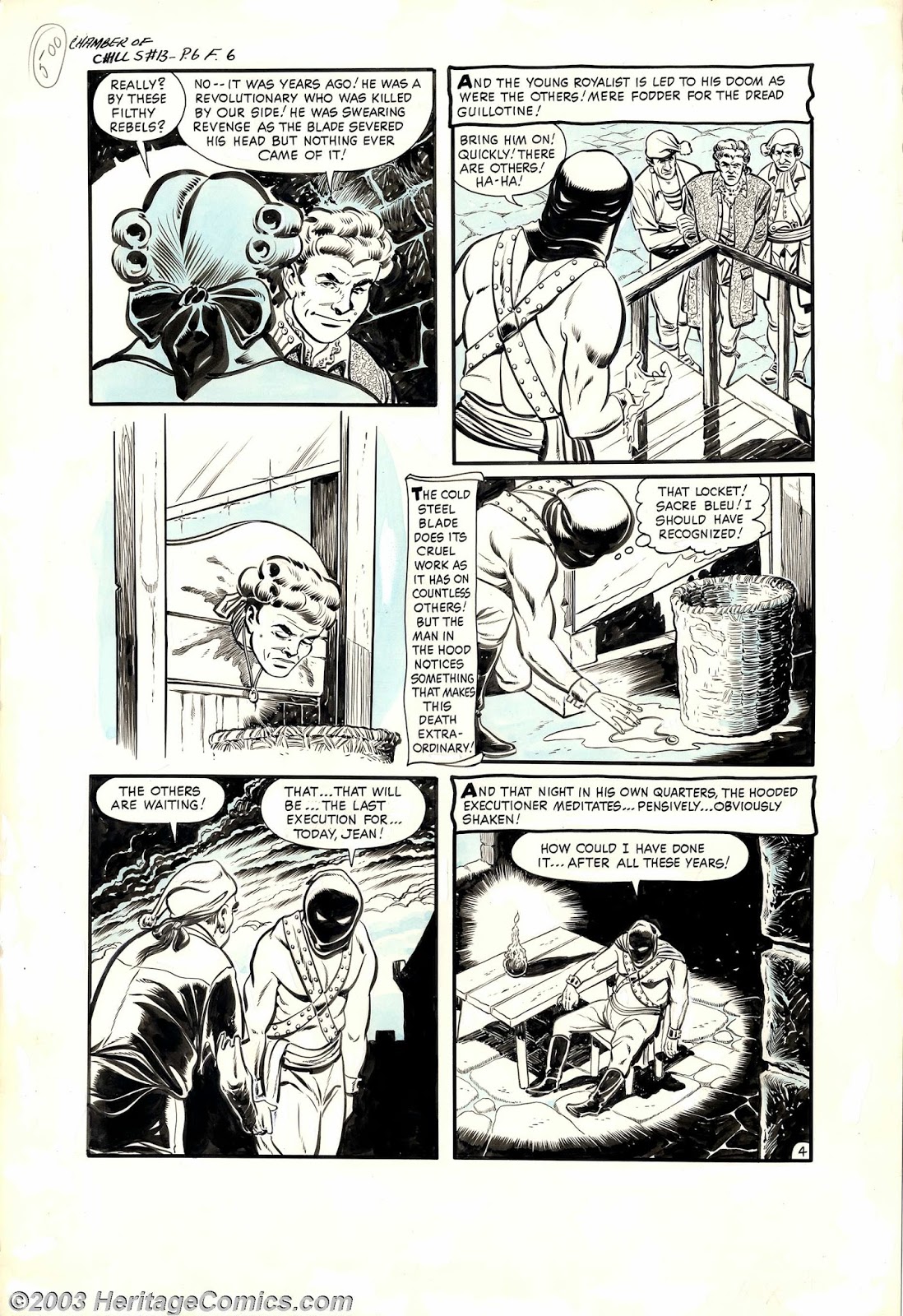 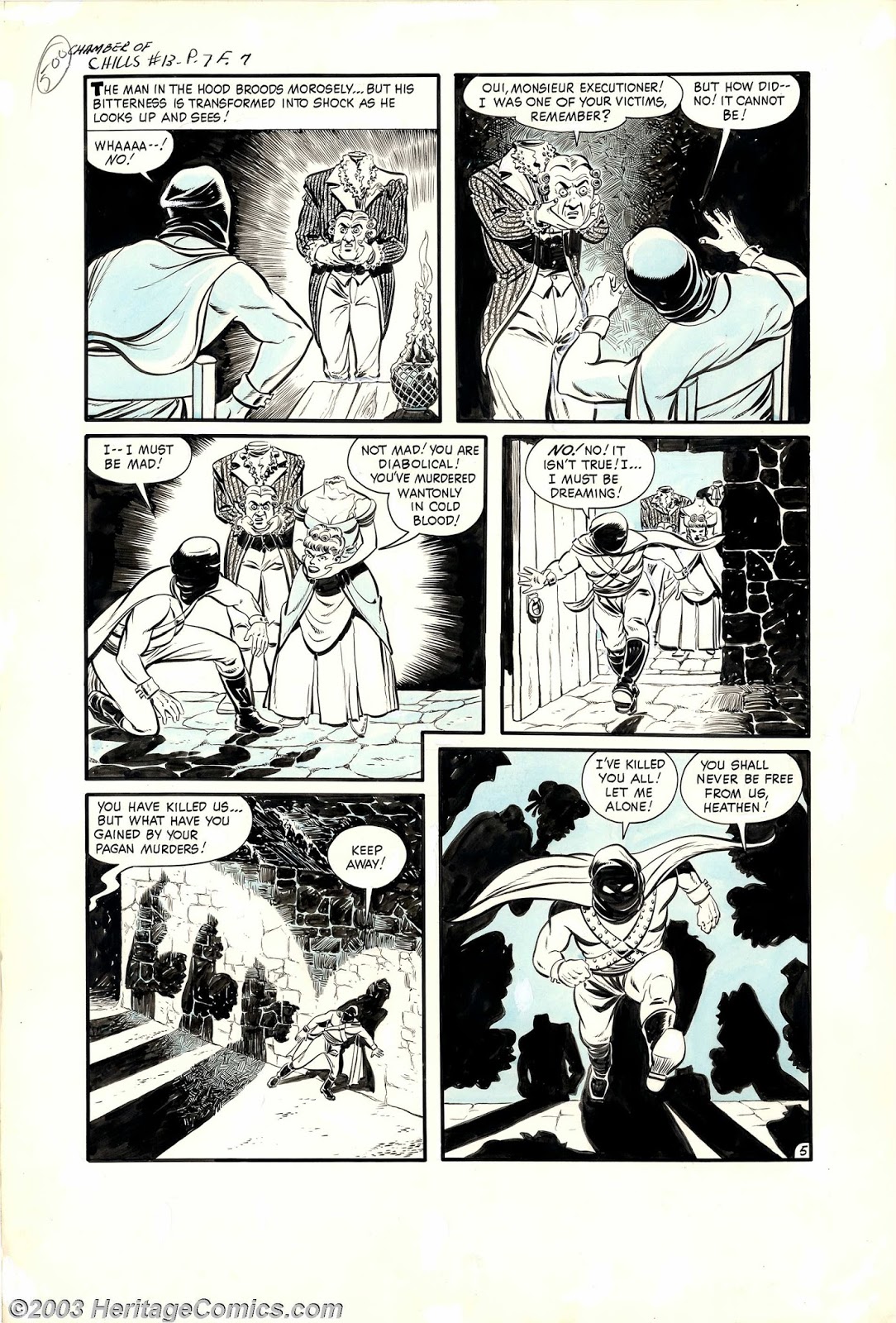 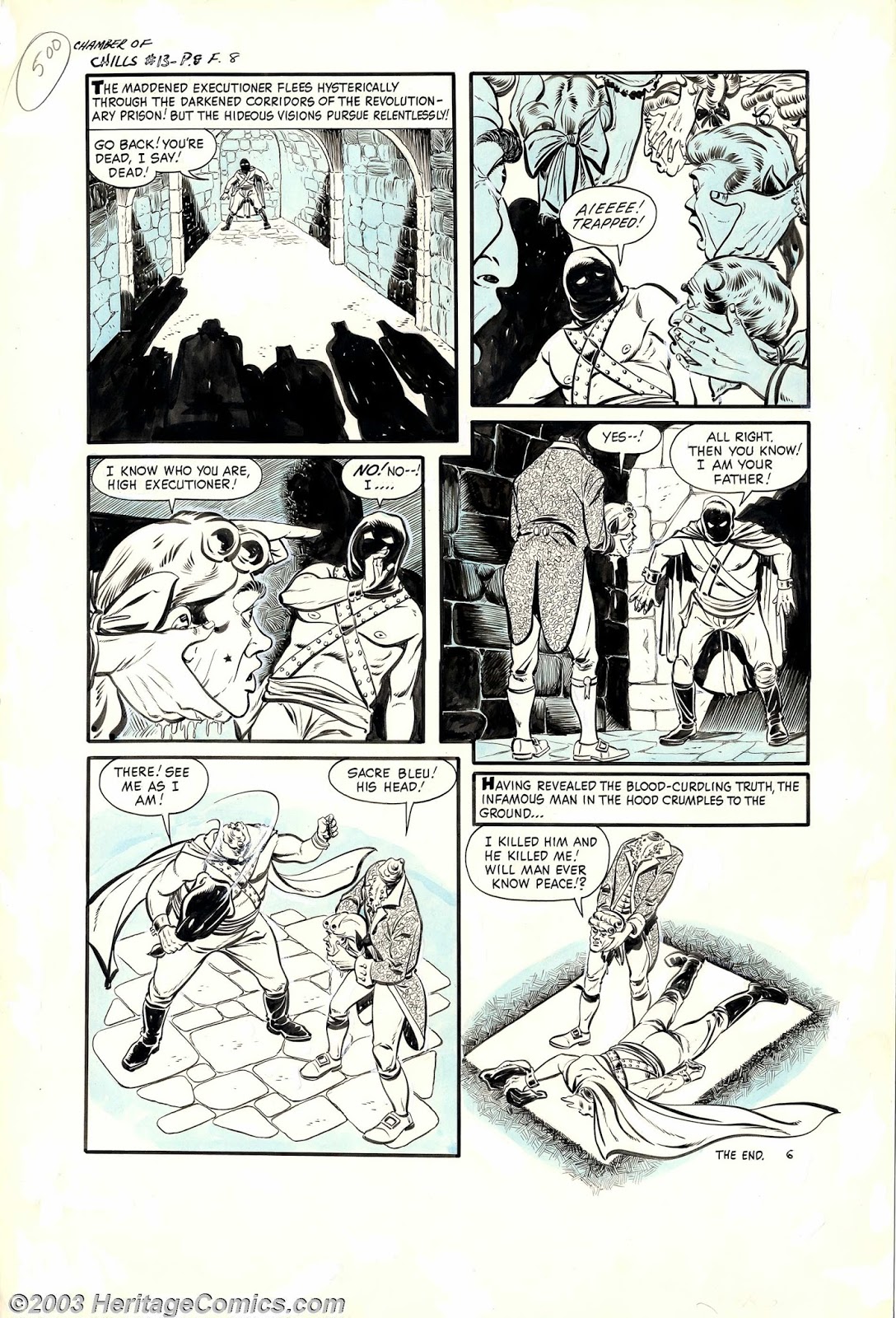 *Or, well, almost anything. One of my all-time favorite artists, Jack Davis, couldn't draw love comics. He could draw everything else, though.

Thanks for sharing that Powell story... glad to get it!