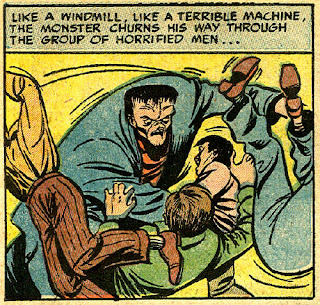 
Pity the poor Monster. As Don Rickles used to say, "So lonely. I gotta find a broad."

In this pathos-heavy story, a mute and mutilated 7' circus woman wanders into the Monster's life, and he suddenly finds friendship and some sort of monsterly fulfillment in her companionship. Too bad the stupid and superstitious villagers--as all European villagers apparently are, according to old movies and comic books--don't see anything good about the Frankenstein Monster and 7' woman palling around together. They go after them with the usual tools of European villagers: rakes, clubs, torches…even some guns.

The story comes from The Monster Of Frankenstein #23, February-March, 1953. 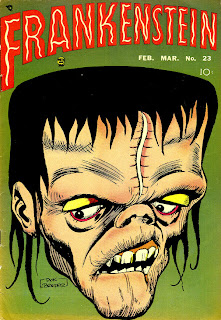 
In his transition from funny Frankenstein to the Monster of Frankenstein, with a style change from comedy to horror, our favorite creature has perhaps forgotten he was once married. That story was posted in Pappy's #27. Unfortunately, the Monster's new girlfriend, with whom he shacks up in a cave, isn't much better looking than his ex-wife. The guy can't catch a break. 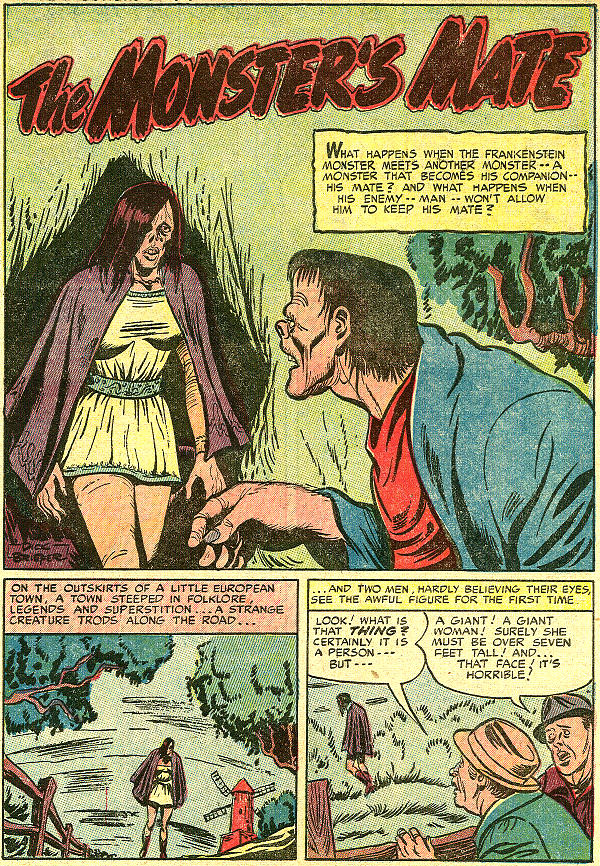 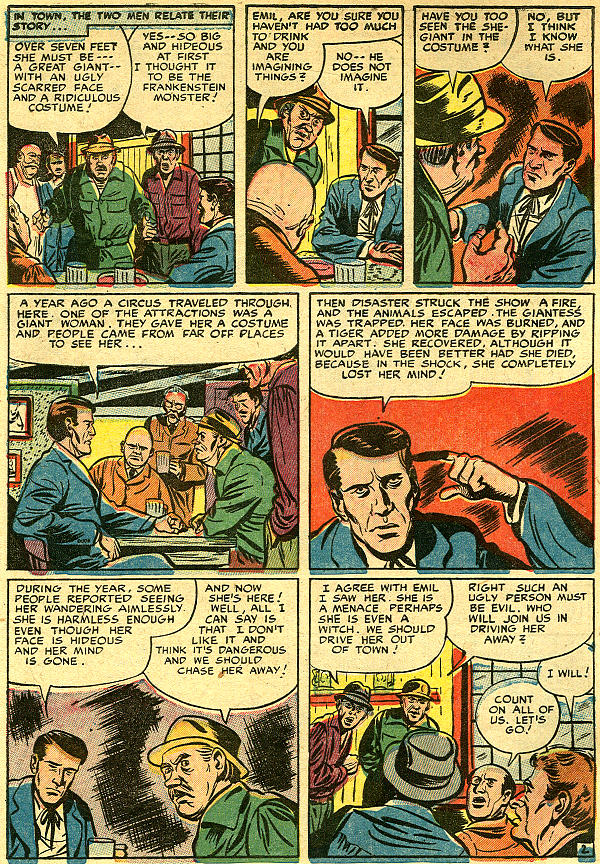 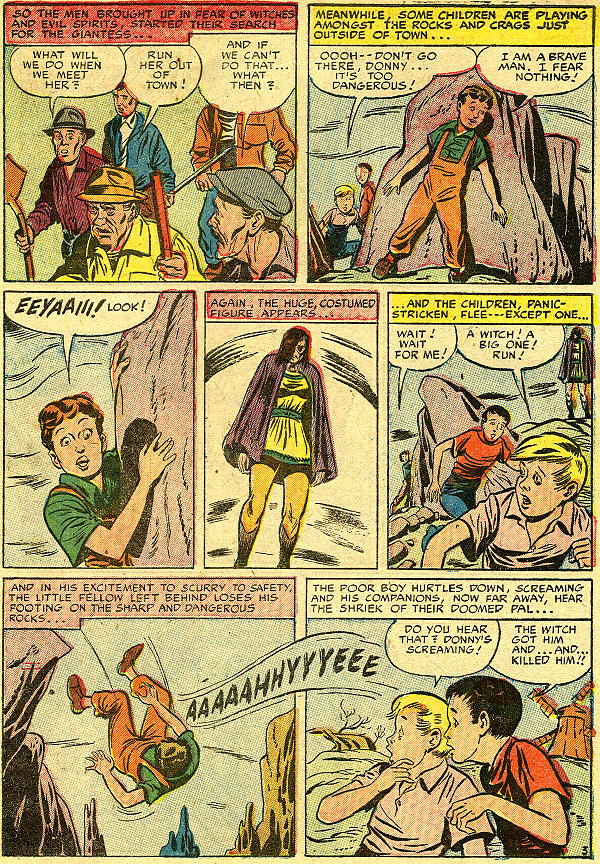 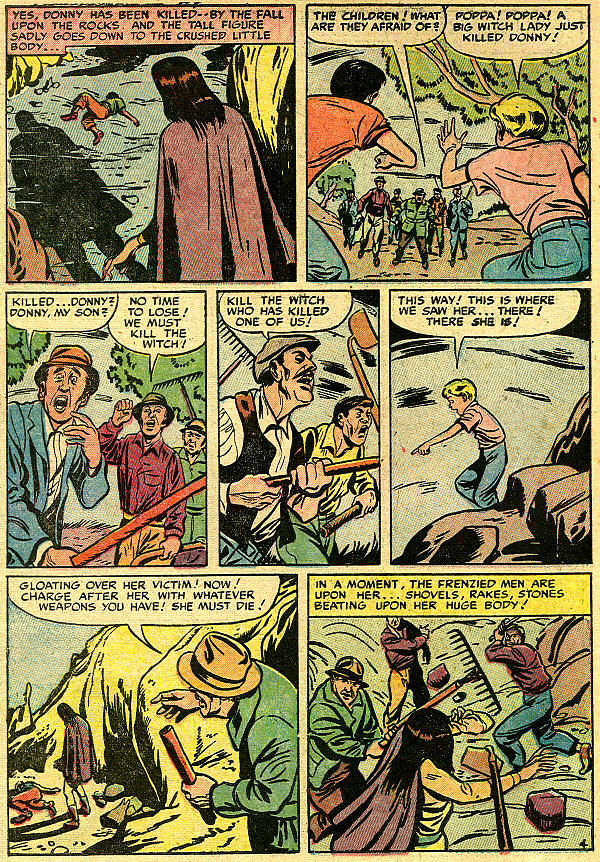 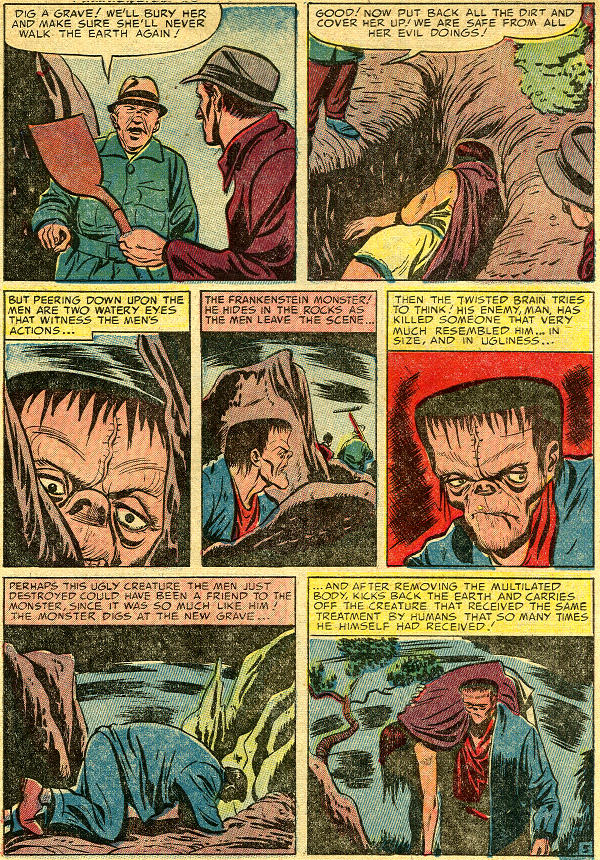 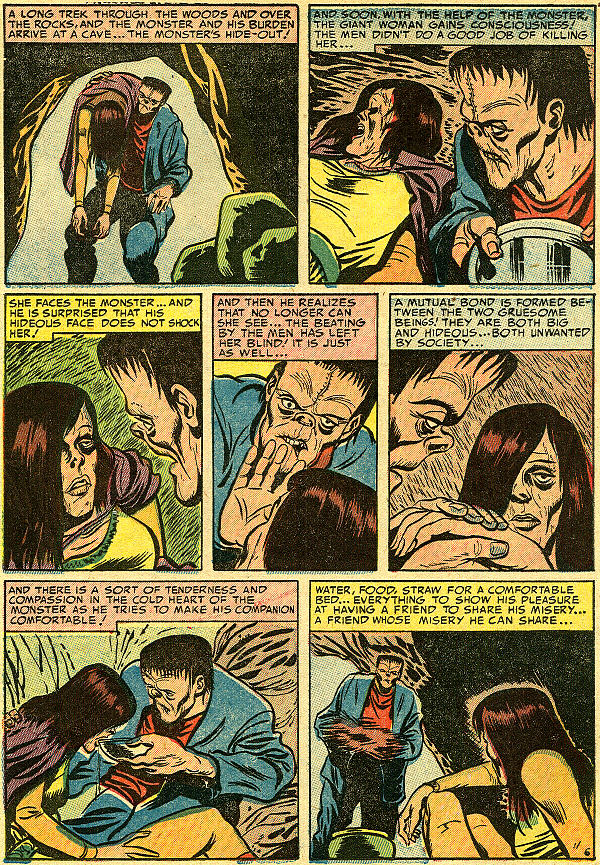 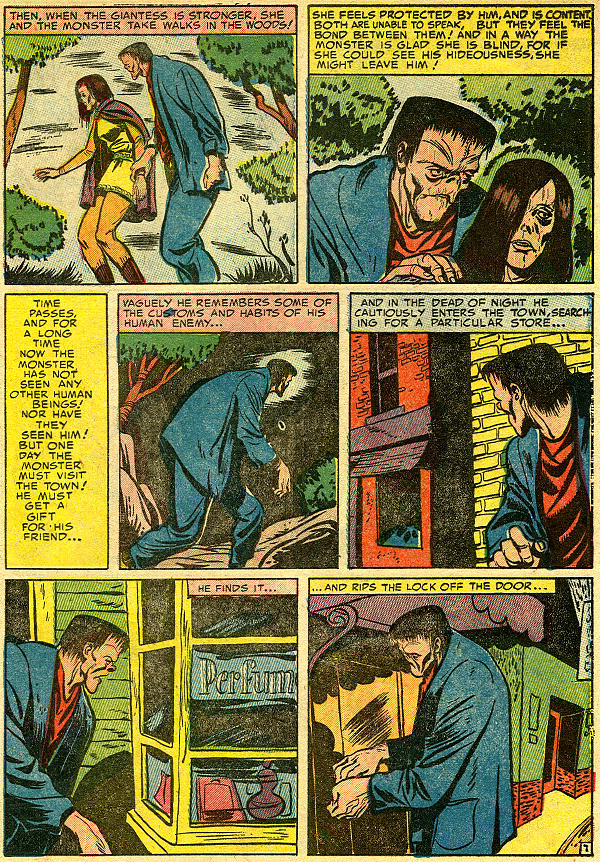 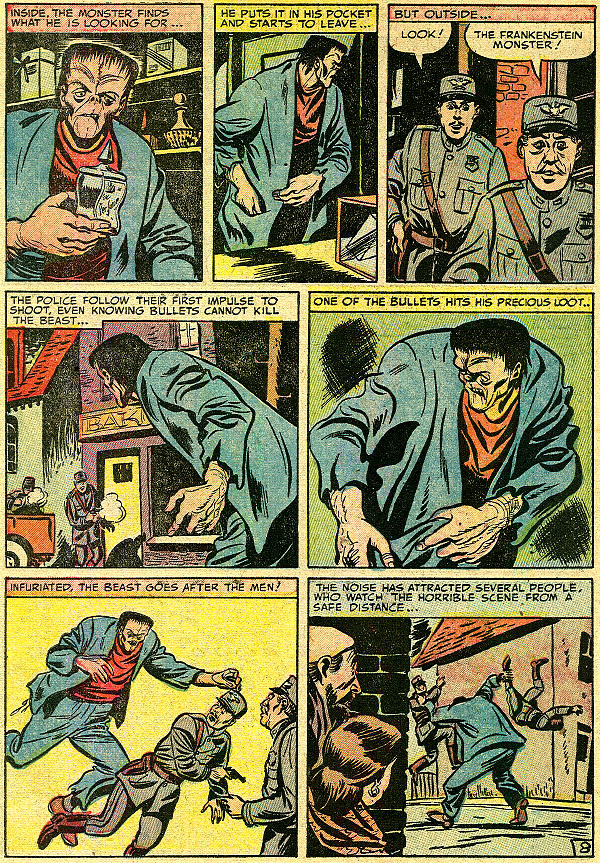 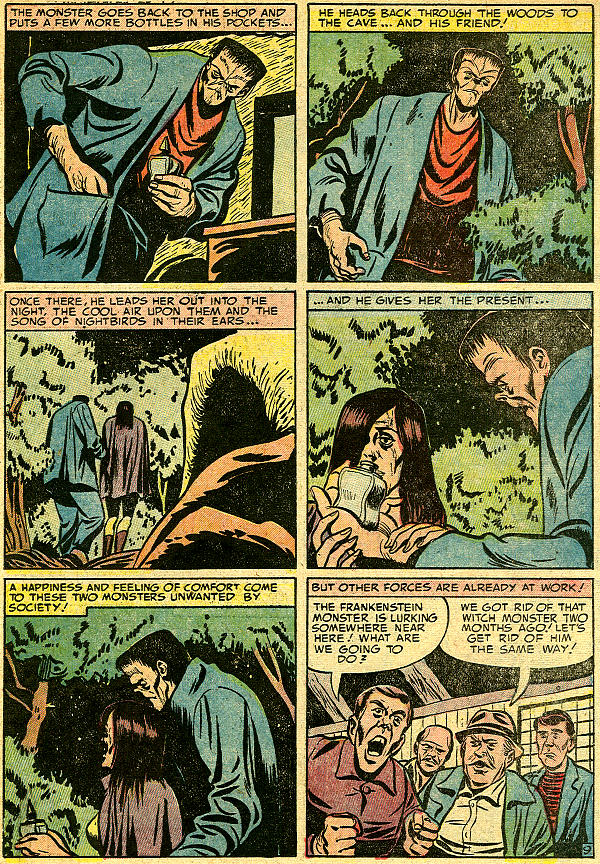 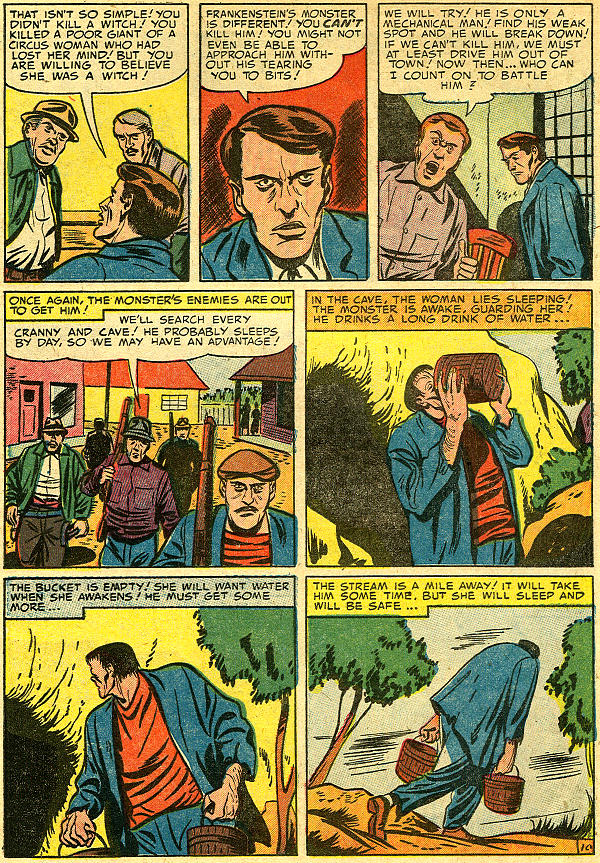 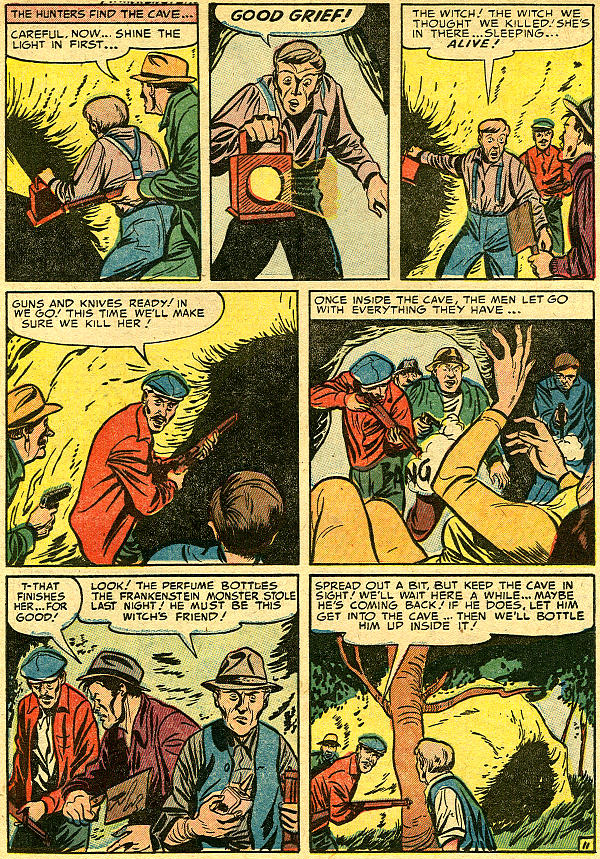 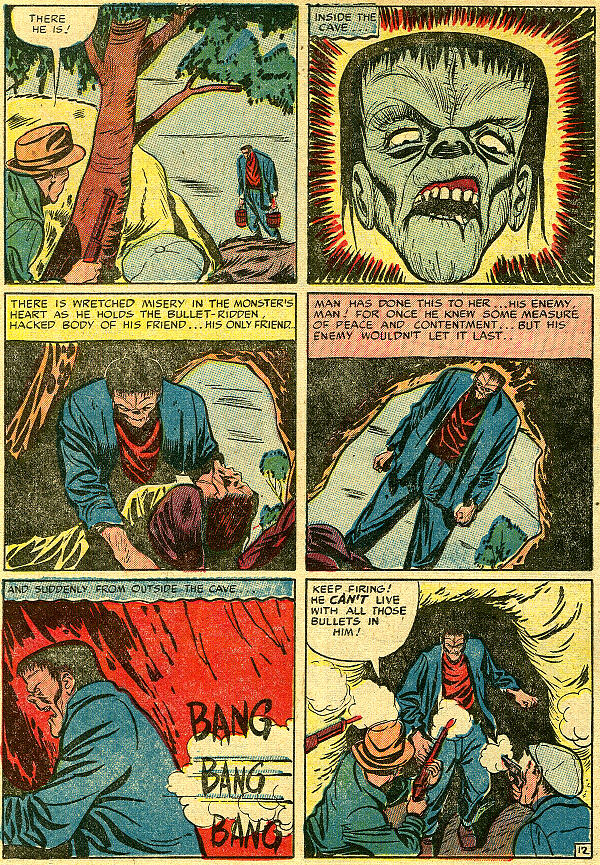 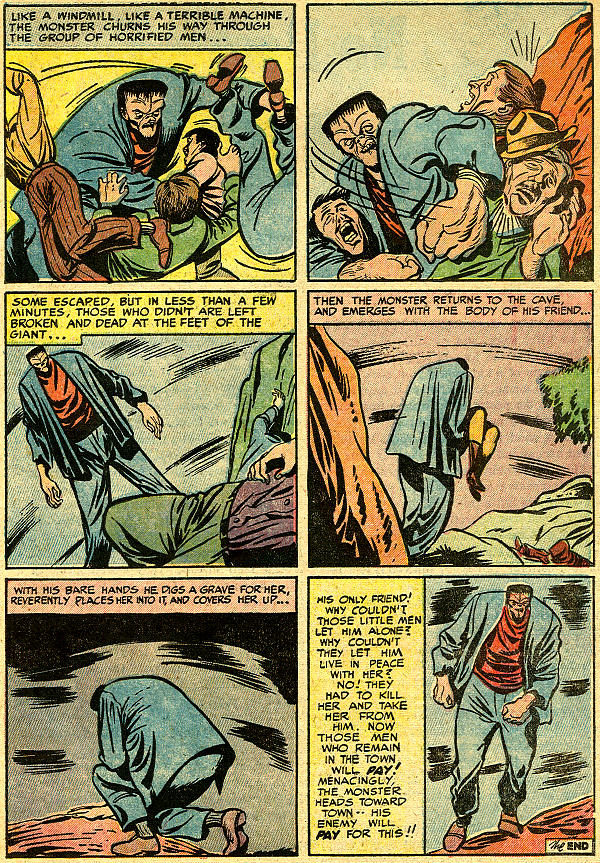