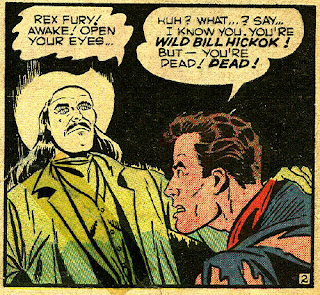 
The movie, Ghost Rider, was released yesterday. In it Nicolas Cage plays the Marvel Comics character, a supernatural being with flames shooting out of his head. We Golden Age comics fans know that's not the true Ghost Rider, but some usurper who is using his name.

Ghost Rider #1 came out in 1950 from Magazine Enterprises (ME), a comic book company founded by one of DC Comics' original editors, Vincent Sullivan. It wasn't a big company, but they used some of the best artists: Bob Powell, Frank Frazetta, and the Ghost Rider artist, Dick Ayers.

The original Ghost Rider appeared in his own title for 14 issues between 1950 and 1954. He also made appearances in several other ME Western comics. Ghost Rider was canceled because it wouldn't survive the new Comics Code. In 1967 Marvel Comics published seven issues of a new series, also drawn by Ayers. AC Comics re-named the character Haunted Horseman when they began republishing the original ME stories.

The 1950's Ghost Rider stories were fast paced and entertaining. They had elements of horror, but as in the story posted for Frankenstein Friday in Pappy's #50 sometimes the supernatural turned out to be a trick, like the Ghost Rider himself.

In the origin story the supernatural appears to be real. The "Calico Kid," Rex Fury, hovers between life and death, he is trained by famous dead Westerners. It packs a lot into six pages, and as always, the art is superb. 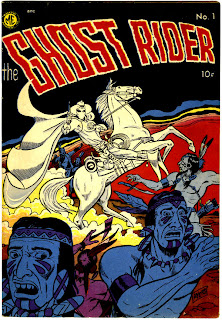 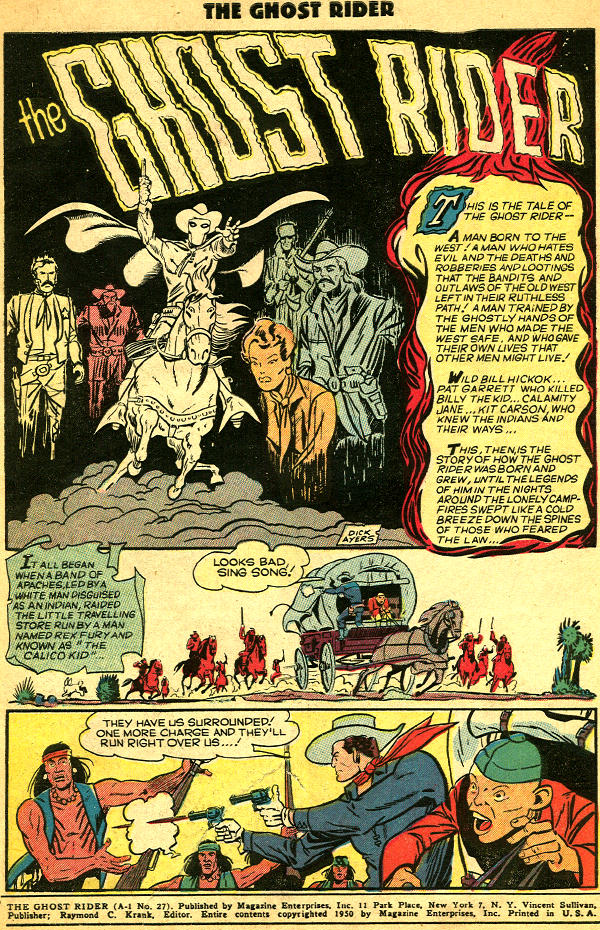 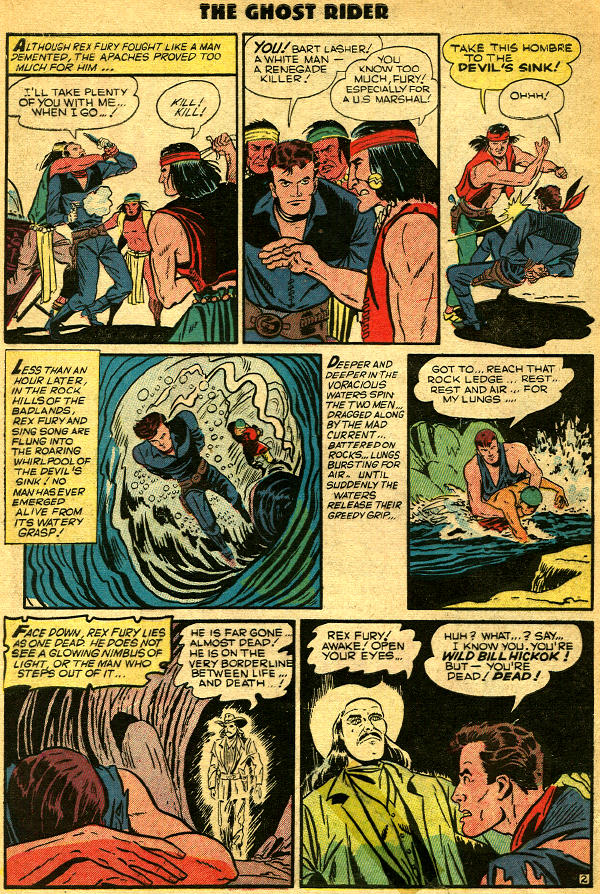 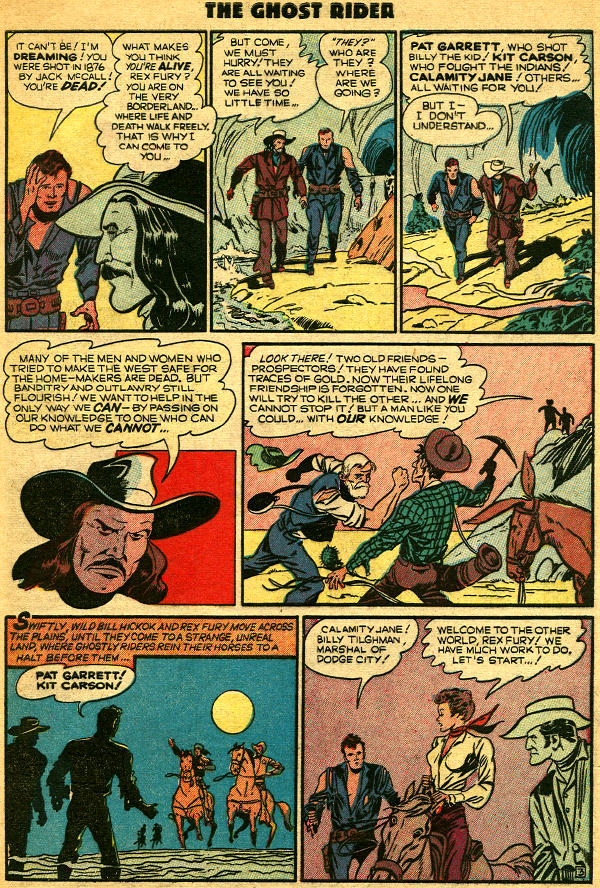 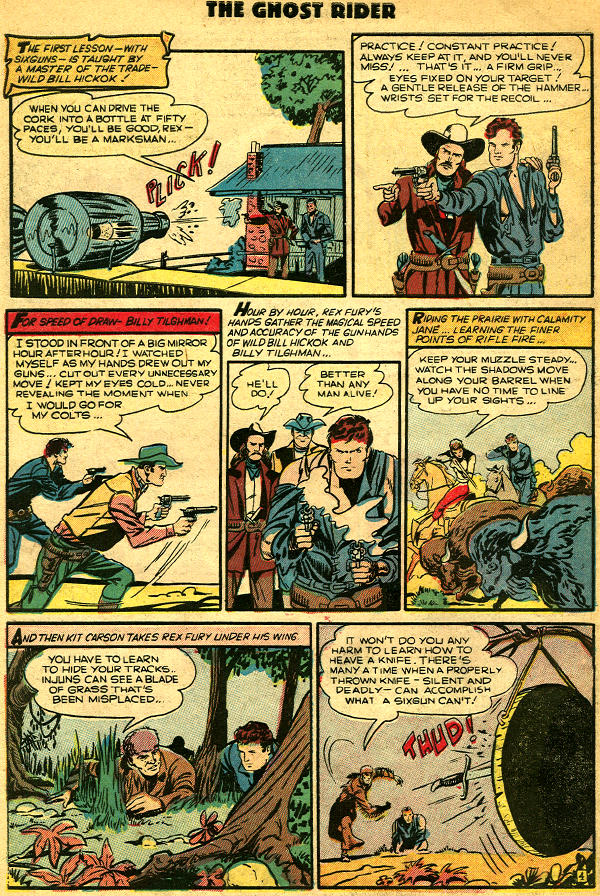 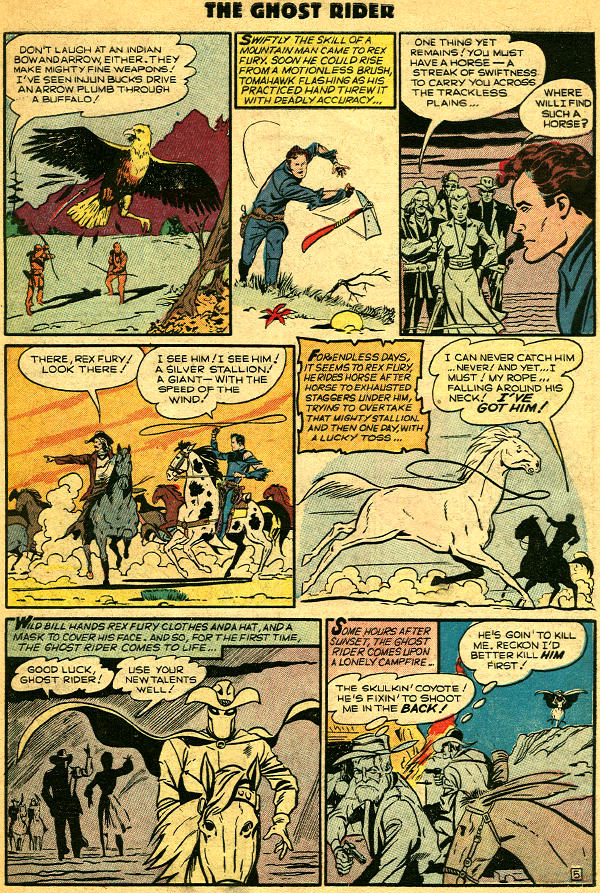 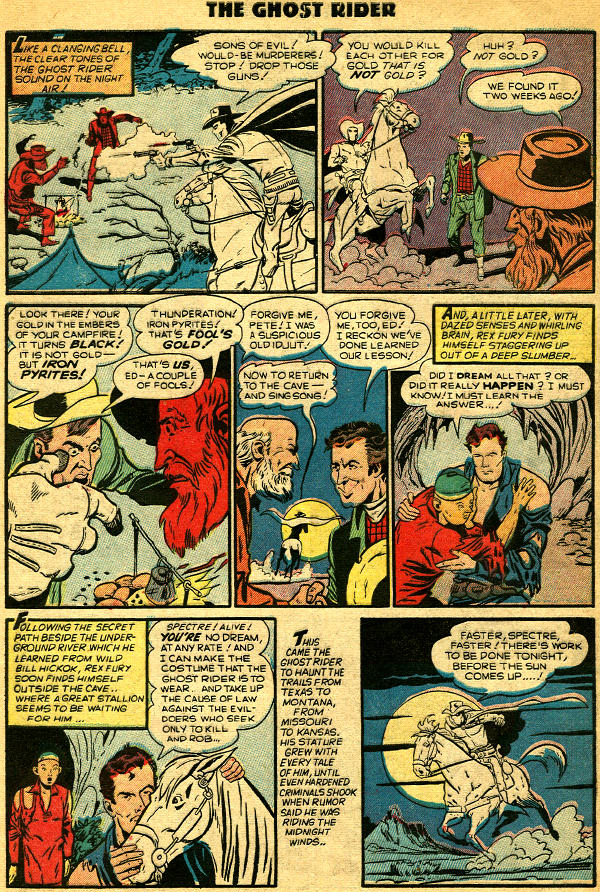