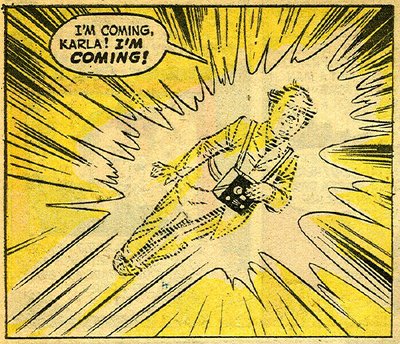 The Lonely Life Of Homer Hergis


Years ago I was given a collection of stories cut out of various comics from the 1940s, '50s and into the early '60s. I had to go through the box and assemble pages into coherent order, which was a pain, since some of the stories appeared to have missing pages. With most of the stories there is no way to identify where they appeared or when. I just make educated guesses.

This is a complete 4-page story from Forbidden Worlds #81, 1959, by artist Pete Costanza and written by the editor, Richard E. Hughes, under one of his many pseudonyms (he didn't want his company, ACG, looking like the one-man operation it really was). OK, so it's not really a Golden Age story, but it's done by people who had their starts in the Golden Age. The art is quaint and 1940ish, especially when Costanza draws Karla, who looks like a science fiction babe straight out of an old Captain Marvel comic book (which he also drew)."The Lonely Life Of Homer Hergis" is a filler story, almost a throwaway, saved from total oblivion by the Costanza artwork. I hate this story, and after you read it--I'll give you time to check it out--I'll tell you why. 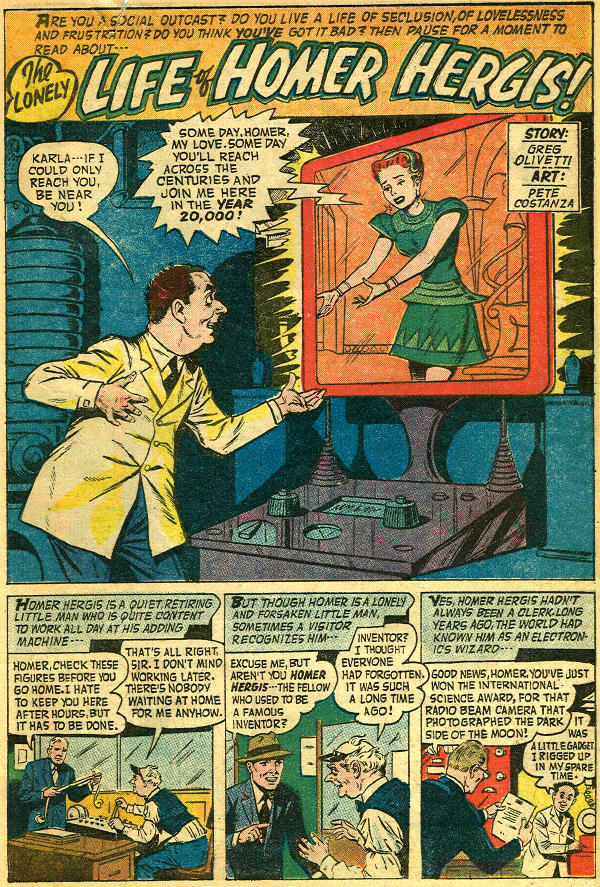 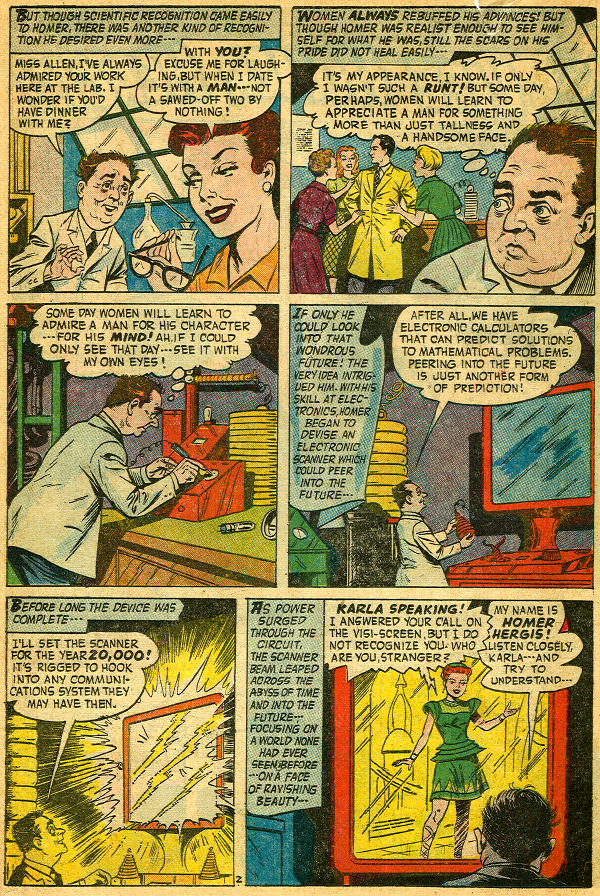 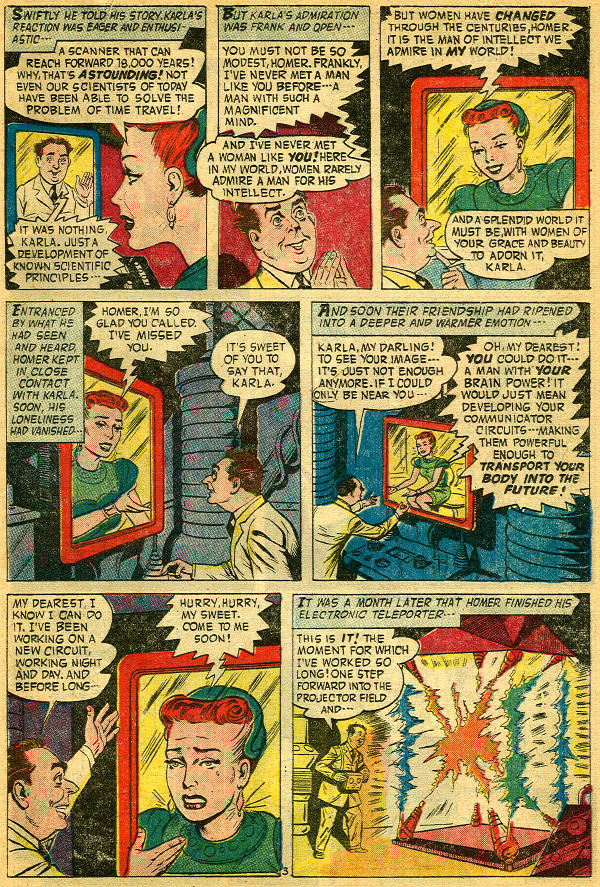 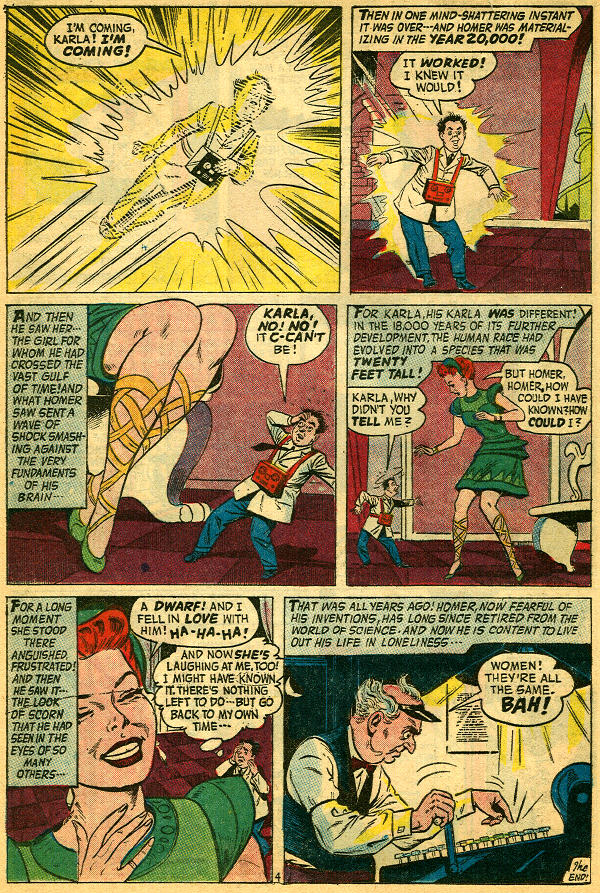 Back so soon? You caught me trimming my toenails with my teeth. Just let me put my teeth back in my mouth.

There. OK, I hate this story for the same reason I hate the famous Twilight Zone episode #8 with Burgess Meredith. Because the main character is a loner, because other people think he's weird. And because he doesn't deserve his awful and unfair fate.

Homer is a short guy (not his fault) and homely (also not his fault). He's like everyone else, just looking for love and acceptance. What happened? Rejection. Not just, "Gee, Homer, I can't go on a date with you because I'm washing my hair." No, the girl laughed at him, called him a "sawed-off two by nothing!" Who talks like that? Who would let a guy down in such a horrible way? I'm glad I don't know those women.

The problem is that when this story came out it was most likely read by boys 9-12 years old, and I'm betting about half those boys fit the general physical description of poor Homer Hergis.

No, Homer deserved to be recognized for his genius and to find a woman who would love him for himself, not just have an eternal round of rejection. He is even rejected by the one woman, Karla, who seems to love him only for his brains! The story ends with no hope, not for Homer, not for the pre-adolescent reader. Homer ends up a lonely, bitter old man whose genius didn't do him any good at all. By then the cynicism has completely taken over and Homer has lost all hope of ever being happy. And this was in a story sanctioned by the Comics Code! In its own way it's more of a horror story than some pre-code horror stories I've read.

The very worst part of the Twilight Zone episode that you mention was the voice-over narration at the end, which pontificated as if the character deserved his misery for, uhm, accepting that fate had left him alone.

And, yeah, this story is morally unanchored.

According to Marv Wolfman, when I spoke to him at a con in 1984, Hughes named this particular pseudonym after his typewriter.