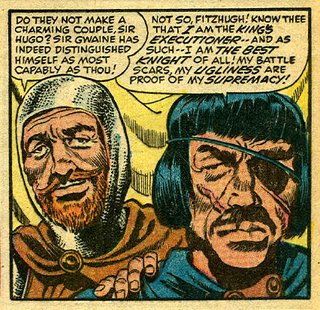 
Swiping has a long tradition in the history of comic books. What it means to swipe is for artist John Jones to steal a figure, a pose, a gun, a tree, from artist Sam Smith, incorporate it into his own work in his own art style.

Howard Nostrand didn't swipe as much as he just appropriated the styles of two popular EC artists, Jack Davis and Wally Wood. Nostrand had a lot of stories published in Harvey Comics of the early 1950s, working in several genres. His work was especially close to Davis's.

It didn't take much examination to see it was more like Davis partially penciled by Wood. Nostrand was actually a very good comic book artist in his own right, as stories drawn in the 1970s show. The thing that struck me the most about his early '50s work was his amalgam of two artists who had completely opposite ways of expressing a panel. Davis was fluid, fast, laying the inks on lavishly, with heavy thick-and-thin brush lines. On the other hand, Wood was a fastidious artist, whose inking was almost fussy, done with much thinner strokes.

"Ivan's Woe" is from Witches Tales #23, 1954, is a knockoff of an EC story by Wood, showing knights in combat. Years later the story is told that Wood would pull tearsheets of Nostrand's story out of his files to show that Nostrand had imitated his layout, but drawn each figure in a different pose than Wood. Expressing originality while appropriating another's style is still a concept most comic book artists haven't mastered.

The story that is its influence, "Trial By Arms," appeared in Two-Fisted Tales #34, which had a cover date of July-August, 1953.

"Ivan's Woe" is curious. It was published in a pre-Code horror comic, but seems tame in comparison to the excesses of the era, and isn't as horrible as some stories published in the post-Code era. It has elements of satire (the title, a twist on a popular movie based on Sir Walter Scott's Ivanhoe), but isn't funny. It looks like some sort of strange hybrid that doesn't work in any genre, and defies being categorized. Still, artwise it's a fine example of Nostrand's style of the time, taken from other artists. Nostrand (who was born in 1932 and died in 1984) was young, only 21 or 22 when many of these stories were appearing. He worked as an assistant to the great Bob Powell. It appears that his inspiration, and his influences in comic art, were some of the best the era had to offer. 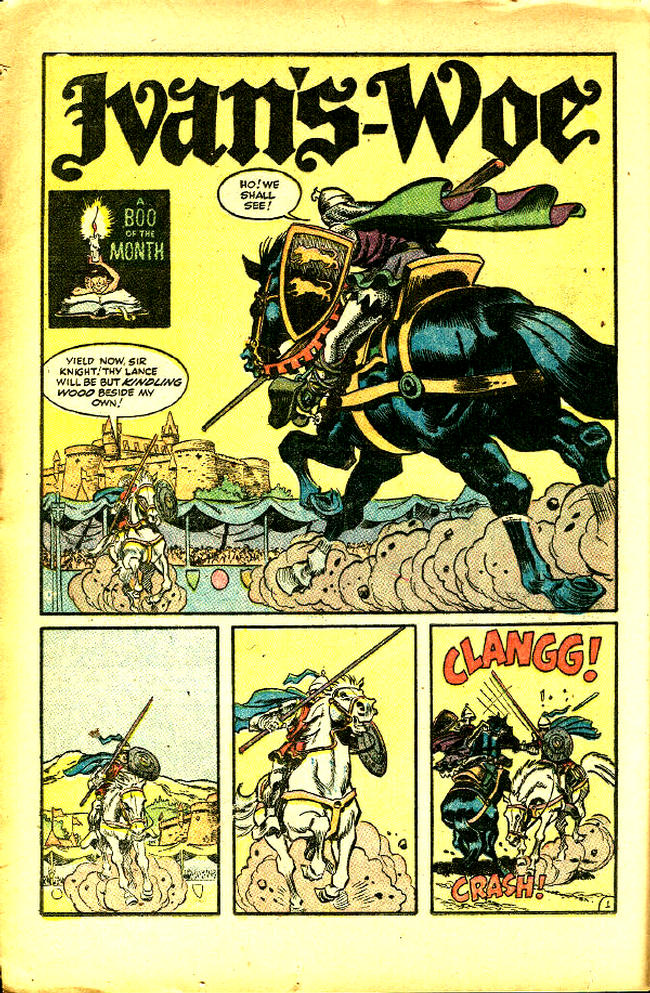 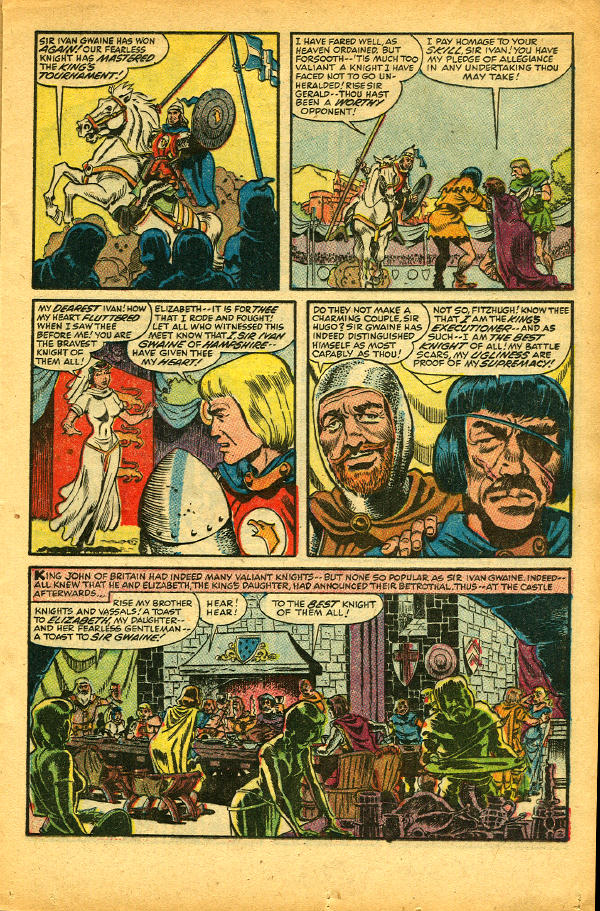 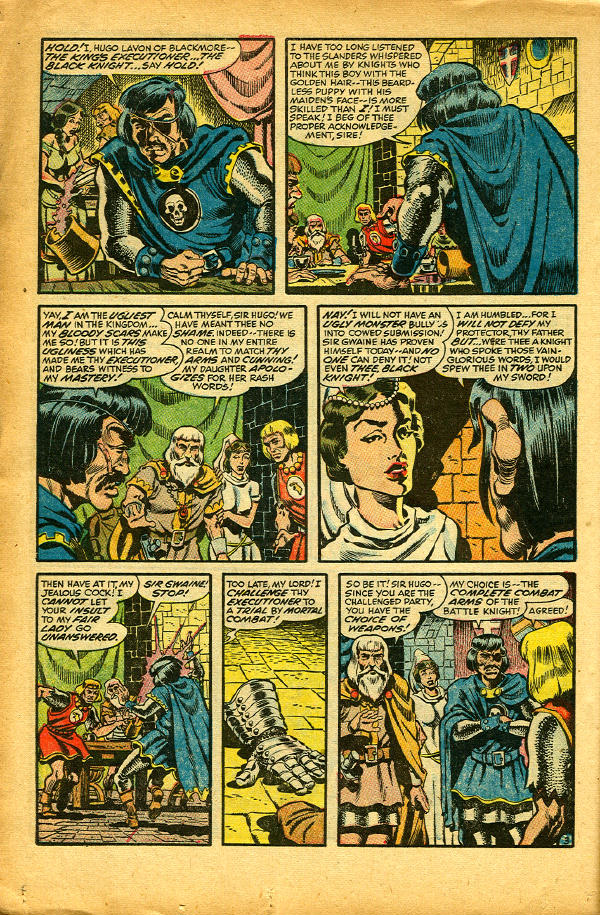 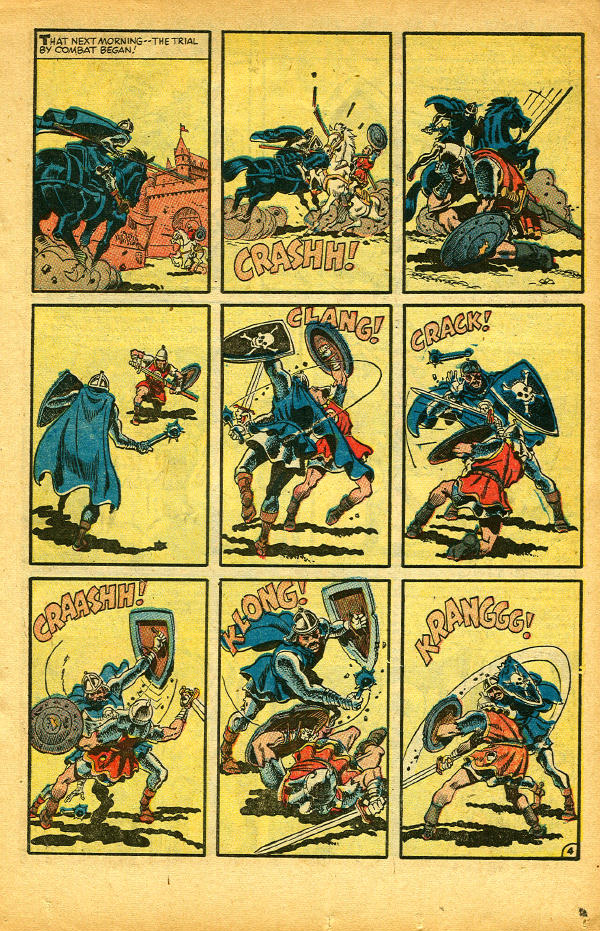 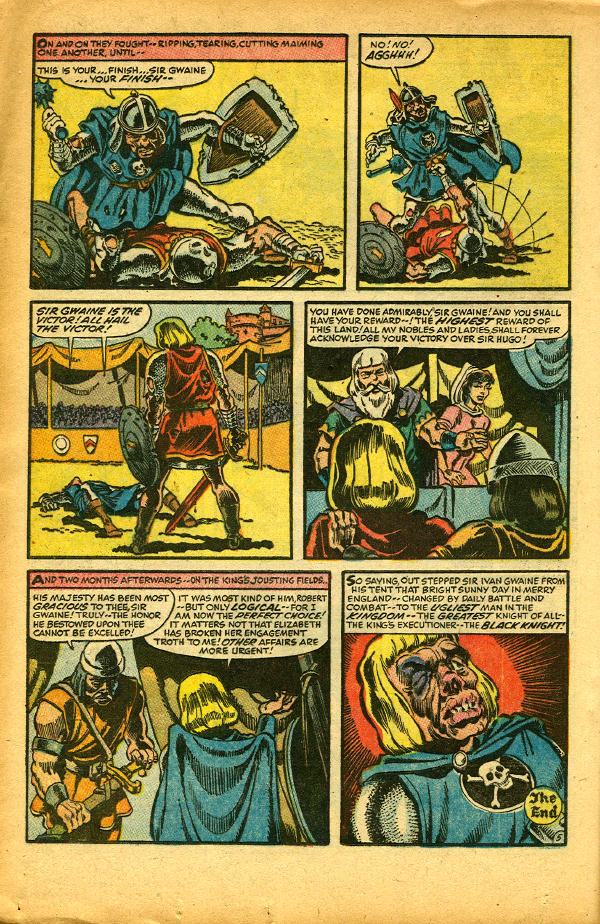 The date is correct, but the art is definitely by Nostrand. There was an interview with him in Graphic Story Magazine #16 in 1974, and it included examples from this story. Nostrand even commented on it.

This is way late, but the error on GCD has been submitted for correction. The listing should have the correct attribution in the days to come.