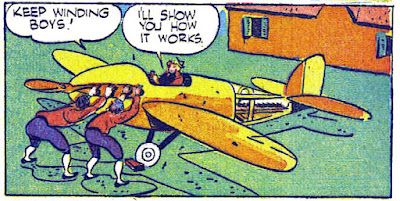 I don’t know when the cliché of mental illness in the form of a Napoleon delusion started, but I am using this Yankee Longago story published in Boy Comics #7 (1942) as an example of a simplistic and jokey view of mental illness in days past. Things we cannot understand or explain we sometimes turn into a joke, don’t we?

“Yankee Longago” was an entertaining series about a boy who seemed to be unstuck in time (to use Kurt Vonnegut’s expression); he was apt to end up anywhere at any point in history, meeting famous people. In this episode he is in France with Napoleon; the real Napoleon, not the delusional Napoleon he first encounters. Yankee even tried to intercede with the real Napoleon, warning him not to invade Russia. No luck.

At the end Yankee is back in his time — or did he just wake up from a dream? — to see orderlies from the “Bug House” picking up the ersatz Napoleon an orderly calls “this nut.” Sigh. We all had a lot to learn in that time, from then until now, and it has been a slow process.

Story and art by Dick Briefer. 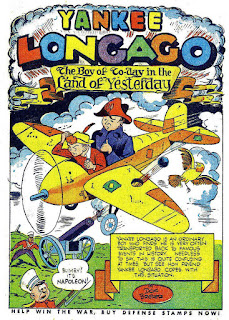 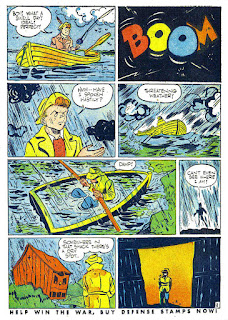 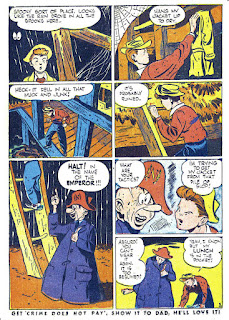 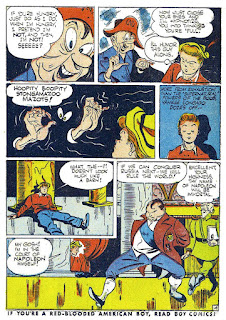 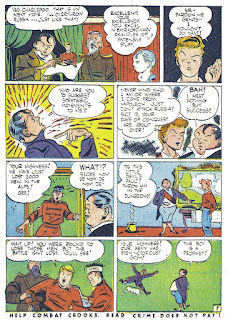 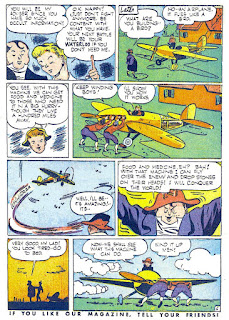 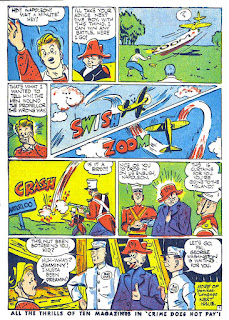