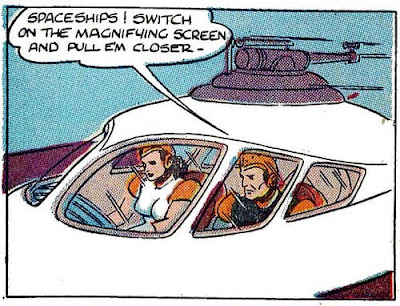 Martan and his wife, Vana, are an attractive young couple living on Planet Antaclea, 3 million light years from Earth. Despite that distance, they are able to watch Earth via their television, so they know all about primitive Earth people. By the way, Martan and Vana are planning on zipping by Earth while on their way to another destination. They treat a rocketship ride like a drive to the next town, couple of hours in the car, errrr, I mean spaceship!

Oh, and Martan has to educate his wife to a deadly thing about Earth: it has gravity! Yikes! Perhaps it is the only planet in the known universe to possess such a dangerous thing. It can — and does — cut short the couple’s trip when they are “drawn to Earth!!” because of the dangerous gravity. One must ask: How do they keep their feet on the ground on Antaclea?

“Martan the Marvel Man” was a feature in Dell’s Popular Comics, beginning with the origin story I am showing today, appearing in issue #46 (1939). He and Vana lasted until Popular Comics #71, with a January 1942 cover date. The feature was copyright by R.S. Callender. He was a packager, someone who came up with original material to supplement the reprints of syndicated newspaper comic strips. 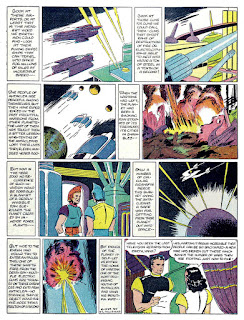 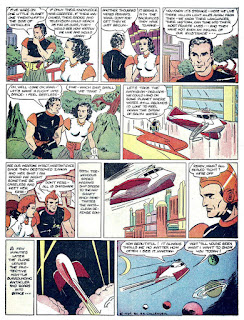 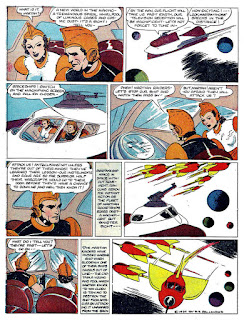 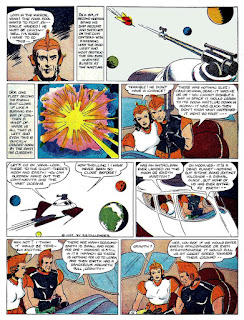 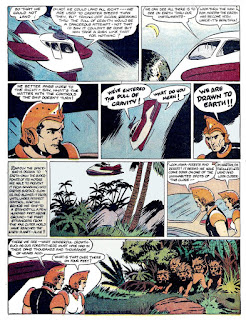 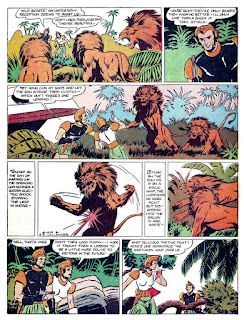 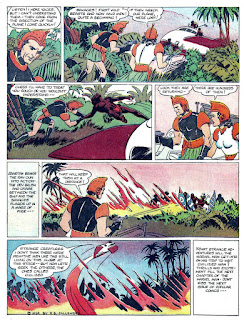 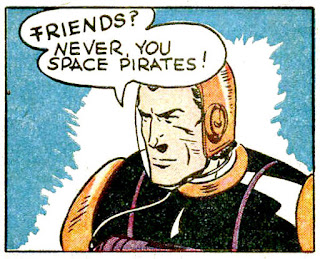 In keeping with the era, the advanced race is imagined to be Caucasoid; such an order now seems unlikely.

To this day, many people think that gravity is something that only exists at or near a large mass, so that there is no gravity in space; perhaps that was true of the author. But I suspect that the author at least knew better than to think that gravity were a unique feature of Earth, and was mocking his audience.

The writer of this story, G.Ellerbrock, certainly didn't have a clue about gravity. Besides the seeming "fact" that only Earth has gravity he also explains to Vana that it was more merciful to vaporize the Martian raider rather than watch it crash and "hurtle down". Hurtle down??? There's no hurtling down unless you're in gravity's pull.

Nice reaction to the "savages" as well. Just assault them because they "wouldn't understand". He showed a lot more compassion to the lions that actually were trying to attack them than he did to the "savages" who just seemed to be curious about their spacecraft. Martan then starts a fire and soars off to find "the ones called civilized" as the forest burns. That'll show those savages what it means to be civilized!

Daniel and Rick: "Why Junior flunked science in school."