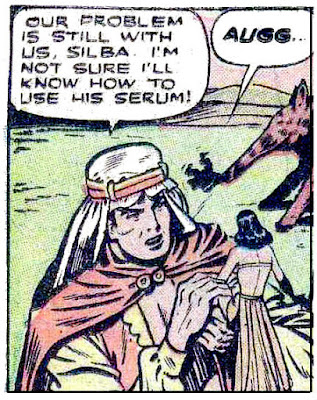 I’ll get this out of the way: the villain in this story refers to himself as “Big Sahib.” I looked up sahib in the dictionary. It is a term of respect for greeting someone. An example given is “the Doctor Sahib.” My reason for checking on it is because it is a term from India, not from an Arab country where this story takes place.

Big Sahib is a short guy, so to get bigger he does not choose to buy platform shoes or heel lifts, he just invents a formula to shrink everyone else. Maybe instead of creating a shrink juice he could have worked on a formula to make himself taller?

Jack Kamen drew this story, or at least a substantial part of it, at the Iger Studio. Grand Comics Database credits artist Edmund Good, but I don’t believe it’s by Good, who did draw some Dagar stories, but Kamen. I love Kamen’s action scenes and scantily clad women in this sexy story from Fox Features, the line of exploitation comics. 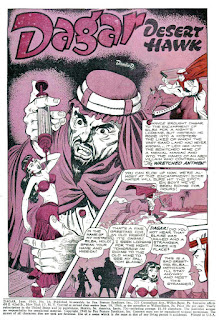 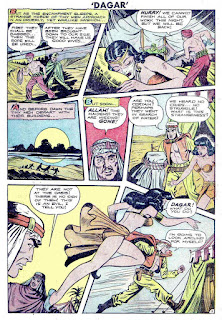 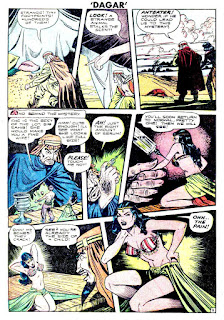 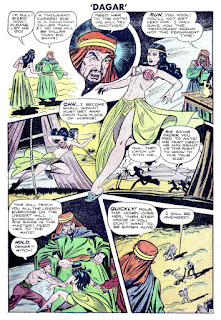 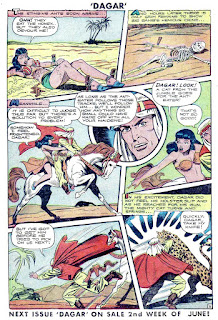 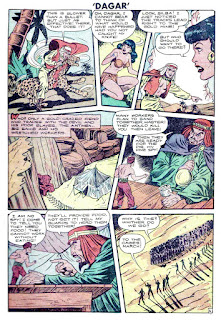 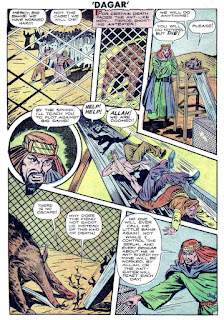 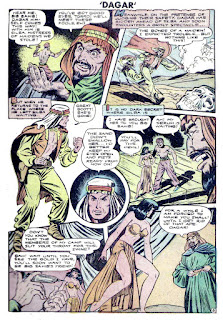 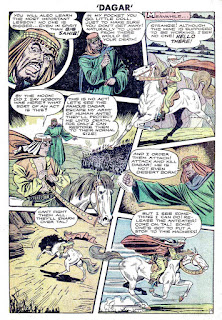 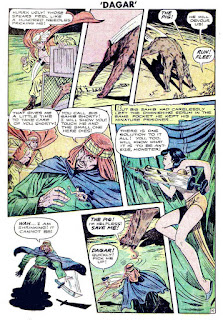 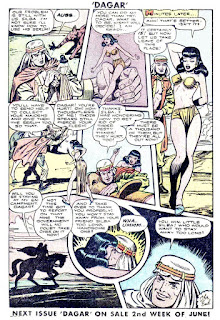 Of course, it's absurd that a force of relatively intelligent creatures who would be a real threat to an armed man on horseback would not also have been a threat to an anteater or to Li'l Sahib.

Daniel, I don't know if you are aware the main writer for Iger's books was Ruth Ann Roche, one of the unsung females in comics at the time. She wrote what would sell, I surmise, and who knows, maybe she hated women.

Or maybe she hated competition.